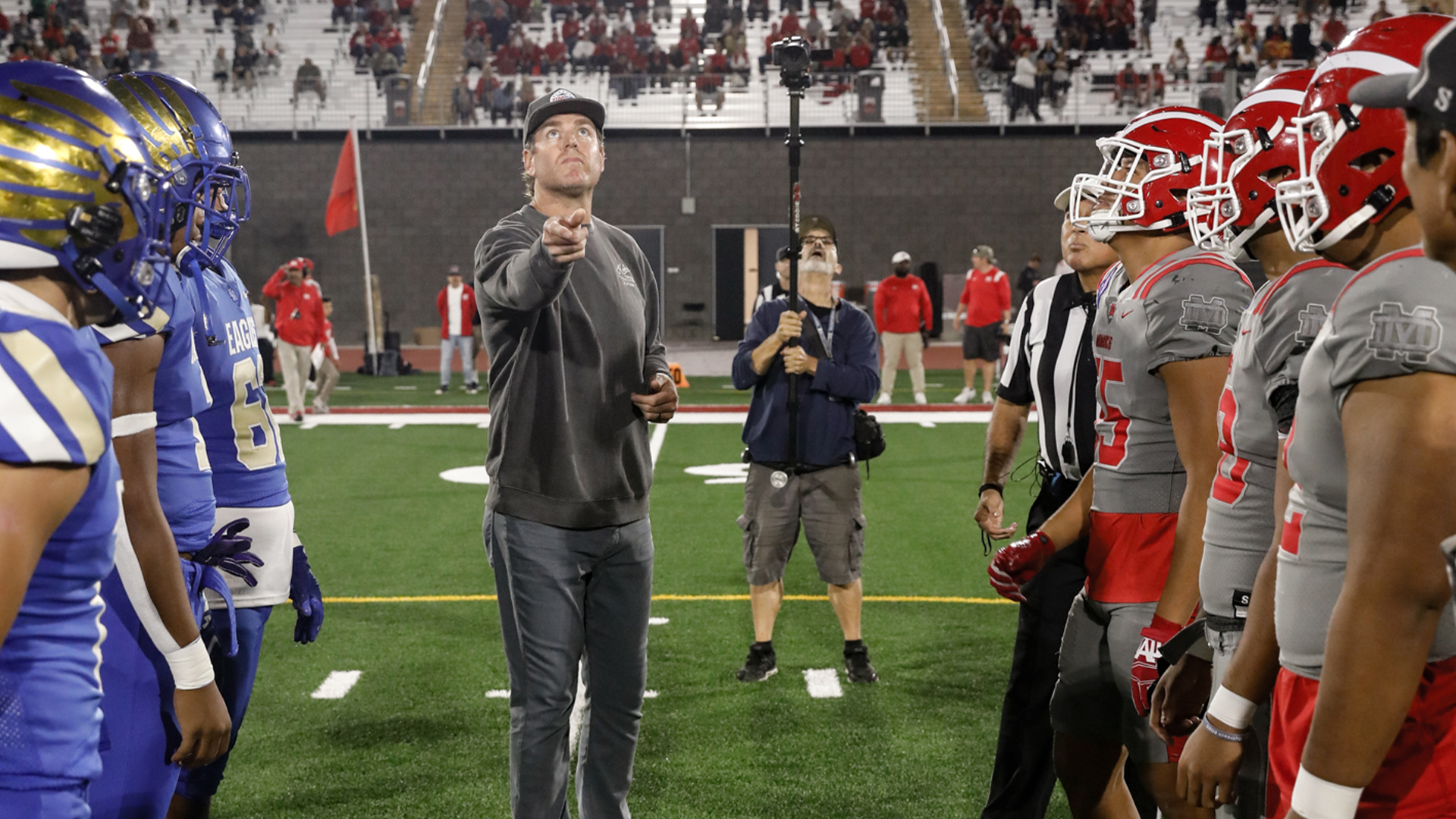 USC 2003 Heisman Trophy winner Carson Palmer, now a resident of Idaho as a full-time father after retiring from a 15-year NFL career, was back in Southern California last weekend.

He was honored by his high school, Santa Margarita (in Orange County, Calif.) for his inclusion in the inaugural California High School Football Hall of Fame, which will hold its first ceremony in late November.

Palmer is among 11 Heisman Trophy winners who will be celebrated in the debut class of 100 players in the new Hall of Fame, which will be established at the Rose Bowl.

At the game honoring Palmer, his Eagles faced the alma mater of Huarte and Leinart, Mater Dei (which also boasts Bryce Young as an alum). And it was the visiting Monarchs that got the best of Palmer’s Eagles on that night.

Flashing back to Palmer, here’s an NFL fun fact on the former Trojan star. He had more 400-yard passing games in his NFL career (eight) than any other Heisman Trophy winner. (The NFL career record holder in this category, by the way, is Drew Brees with 16).

We bring that up because it may not be too soon before Palmer loses that unique distinction.

That is because 2019 Heisman winner Joe Burrow just became the first NFL quarterback to reach five 400-yard passing games within his first three seasons, and there’s still over half of his third season left.

And we still have one more Heisman-400-yard-passing-game connection to make.

The only NFL quarterback ever to throw for over 400 yards in a game twice as a rookie? That distinction belongs to 2010 Heisman winner Cam Newton, who amazingly did it in his first two career games.

While on the topic of current NFL Heisman winners, 2015 winner Derrick Henry is about to break into the top 60 of all-time NFL rushers, six yards short of 60th place and 56 short of 59th.

Fellow Crimson Tide and Heisman winner Mark Ingram is the NFL’s active leader with 8,074 yards, tied for 50th as of today with Freeman McNeil. Ingram is within 151 yards of Walker’s career total of 8,225, which is 43rd in NFL history.

Barry Sanders has the most career NFL rushing yards among Heisman winners with 15,269 with Tony Dorsett second (12,739).