Born in Wichita, Kansas, Sanders attended Wichita North High, where he did not become the starting tailback until the fourth game of his 1985 senior season. He rushed for 1,417 yards and averaged 10.2 yards per carry in the final seven games of the season, which earned him all-state honors. However, he was overlooked by most college recruiters and his only scholarship offers were from Emporia State, Tulsa and Oklahoma State.

Sanders chose the Cowboys and showed immediate promise as a 1986 freshman, rushing for 325 yards and two touchdowns while averaging 23.7 yards on kick returns. As a 1987 sophomore, he backed up future all-pro running back Thurman Thomas, rushing for 603 yards and nine touchdowns while leading the nation in kickoff returns with an average of 31.6 (to go with two return touchdowns).

With Thomas off to the NFL, Sanders took over the starting running back spot in 1988 and proceeded to crank out a season for the ages. Sanders rushed for 2,628 yards, an average of 238.9 yards per game, with 37 rushing touchdowns. He also added a punt return TD and a kickoff return TD to bring his regular season touchdown total to 39. He produced a record 3,250 all-purpose yards and averaged 8.3 yards per play as Oklahoma State finished 9-2 and ranked 12th in the polls.

Sanders won the Heisman by sweeping all six voting regions. He actually accepted the award via satellite from Tokyo, Japan, where his team was scheduled to play a game against Texas Tech. He added another 222 rushing yards and five touchdowns against Wyoming in the bowl game, bringing his 12-game total to 2,850 rushing yards and 42 scores.

He chose to skip his senior season in college and was drafted by the Detroit Lions with the third pick of the 1989 NFL Draft. He continued to dazzle and mesmerize defenses in the NFL and was named the 1989 Rookie of the Year, the 1991 and 1994 NFC Most Valuable Player of the Year, and 1994 NFL Performer of the Year. He was the NFL MVP in 1997, becoming the fifth running back to rush for 2,000 yards in a season (2,053). He was a ten-time Pro Bowl selection and an eight-time all-NFL and Pro Bowl player.

In addition to his on-field performance, Barry donates a tremendous amount of time and money to local charities and religious organizations in Detroit, Oklahoma and his hometown of Wichita, KS. He retired from the NFL in 1999. Barry Sanders was elected to the National Football Foundation and College Hall of Fame and Professional Football Hall of Fame in 2004.

Three points are awarded for first place on a ballot, with two points for second place and one point for third place..

(*) Invited, but did not attend ceremony. Sanders was in Tokyo for a game vs. Texas Tech.

Sander went 1-2 passing for 17 yards against Wyoming. He had an unassisted tackle against Kansas State. 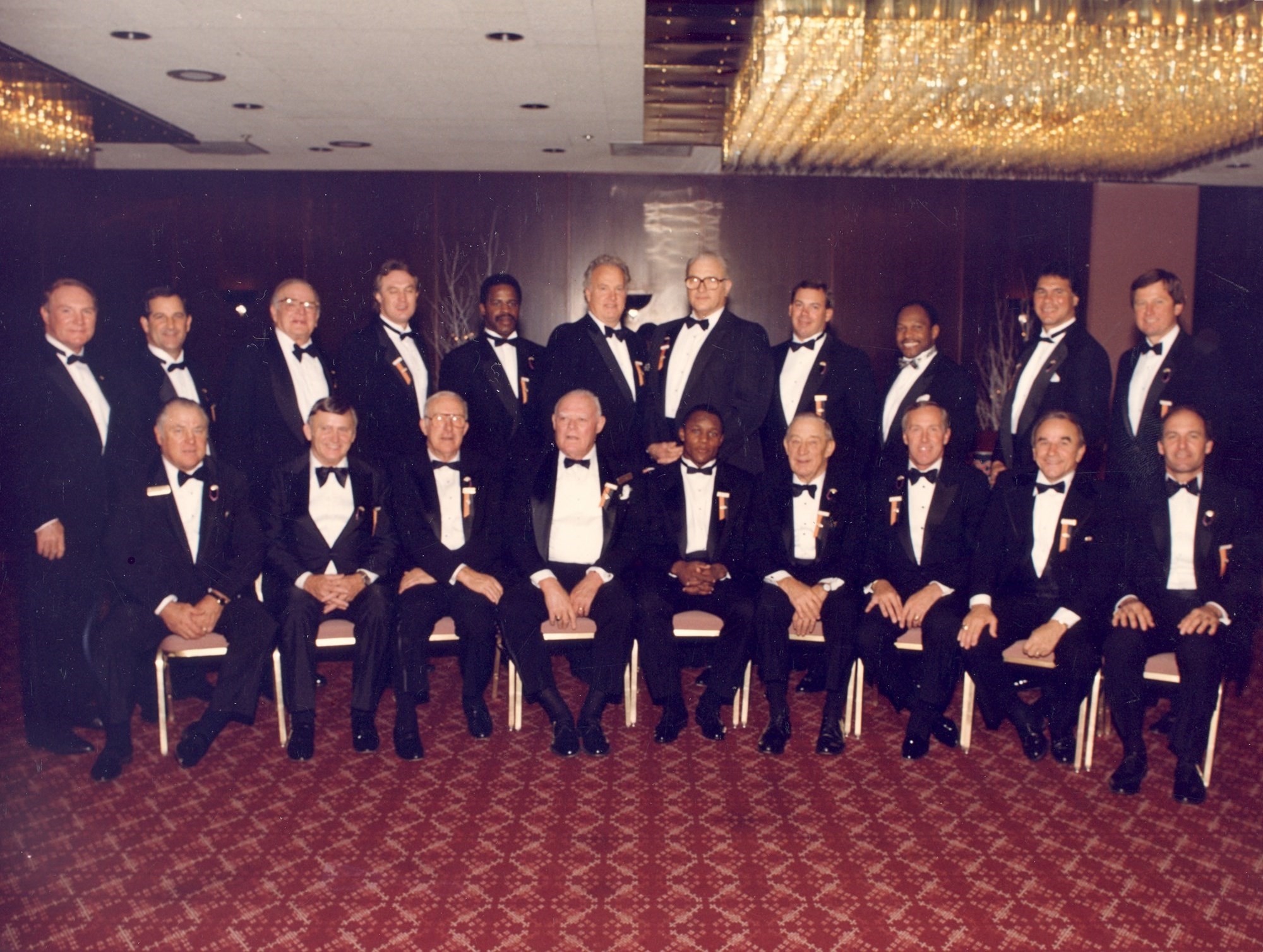 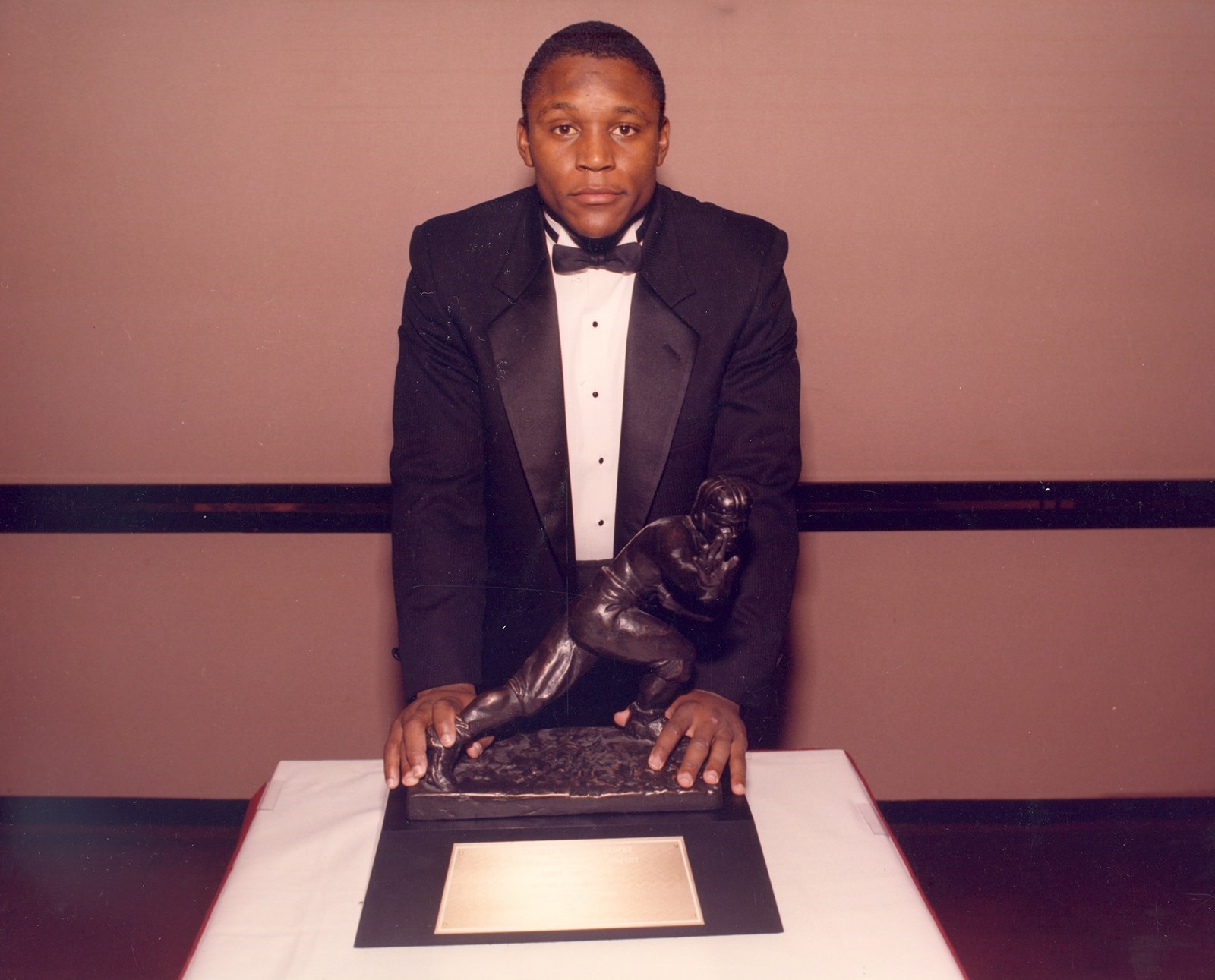