Weinke won Florida State’s second Heisman while leading the Seminoles to a berth in the BCS title game. At age 28, he is the oldest player to win the award.

Weinke was born and raised in St. Paul, Minn. where he attended Cretin-Durham Hall High and was a three-sport star. He played first base for the baseball team, quarterbacked the football team and was the captain of the ice hockey team. As a 1989 senir, he was a Parade magazine and USA Today first team All-America selection, was named Minnesota’s prep football player of the year, and was seen as the top senior quarterback in the country. Weinke was recruited by over 70 Division 1 schools, including Alabama, Arizona, Arizona State, Florida State, Illinois, Minnesota, Miami, Washington, and Wisconsin, but ultimately signed a national letter of intent and committed to play quarterback for Florida State. He was part of the same recruiting class that included 1993 Heisman winner Charlie Ward.

But his football career got put on hold as the 6-5, 230-pound Weinke was drafted in the 2nd Round of the 1990 Major League Baseball First-Year Player draft (the 62nd player taken overall) by the Toronto Blue Jays. After spending four days in August 1990 on the FSU campus, Weinke signed a contract to play in the Blue Jays’ minor league system. FSU head coach Bobby Bowden promised Weinke that he would always have a scholarship offer if he wished to return.

Weinke spent several years in the minors before returning to FSU in 1997 at age 25. After serving as a backup as a freshman, he took over the starting job as a 1998 sophomore and passed for 2,017 yards and 17 touchdowns as he led the Seminoles to a 9-1 record and a No. 2 national ranking before a neck injury knocked him out of the rest of the season. As a junior, he quarterbacked FSU to a wire-to-wire finish as the No. 1 team, culminating in a win over Virginia Tech in the BCS title game. He threw for 3,103 yards and 25 scores as the Seminoles captured their second national title.

As a senior in 2000, Weinke led the nation in passing with 4,167 yards and won the Heisman Trophy as well as the Davey O’Brien Award and the Johnny Unitas Award. He also led the Seminoles to the Orange Bowl for their third national championship game in as many years, where they lost 13–2 to the Oklahoma Sooners.

Weinke finished his Florida State career with a 32–3 record and held numerous FSU records including most passing yards in a career and most career touchdown passes. In 2001, Weinke became the seventh Seminole (and second quarterback) to have his jersey retired. He also graduated with a degree in Sports Management and was a two-time ACC All-Academic Team selection.

Weinke was drafted by the Carolina Panthers in the fourth round (106th overall) of the 2001 NFL draft. He played with the Panthers and the 49ers before retiring. He eventually moved on to a coaching career, taking a job as the quarterbacks coach for the St. Louis Rams. 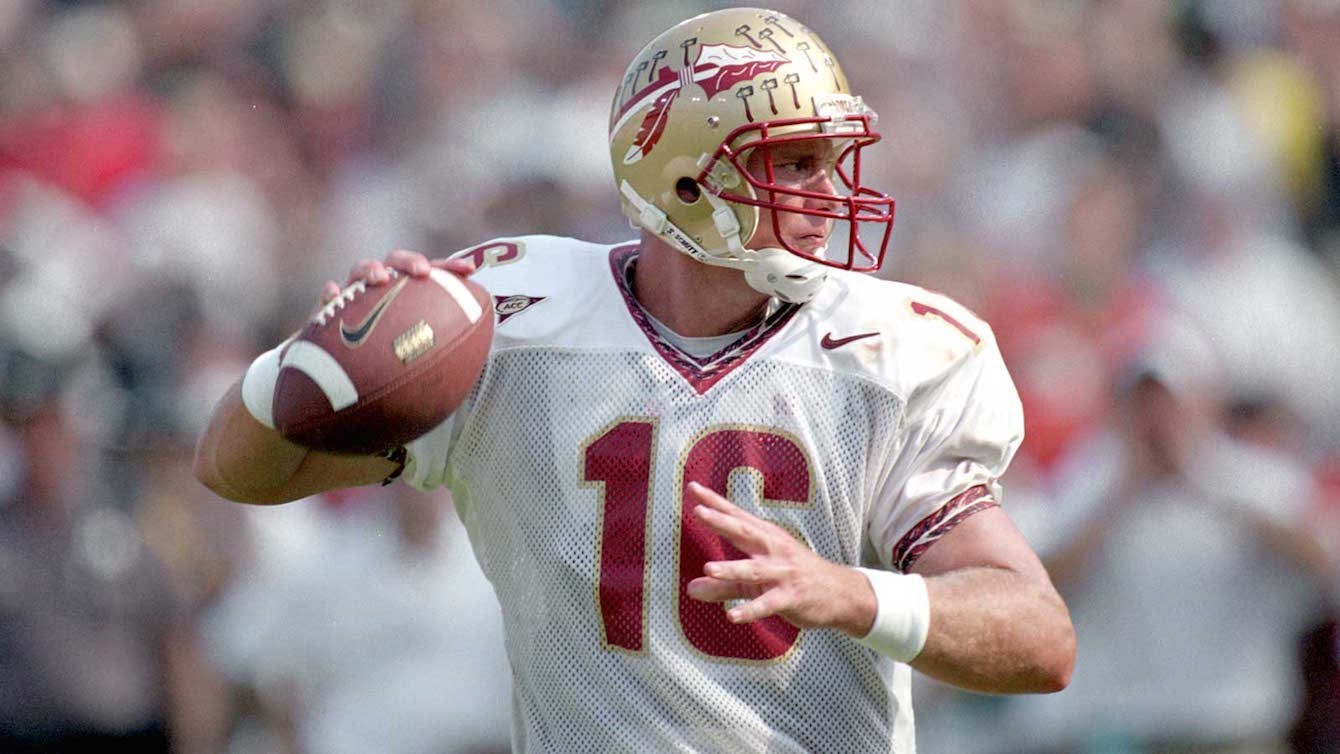 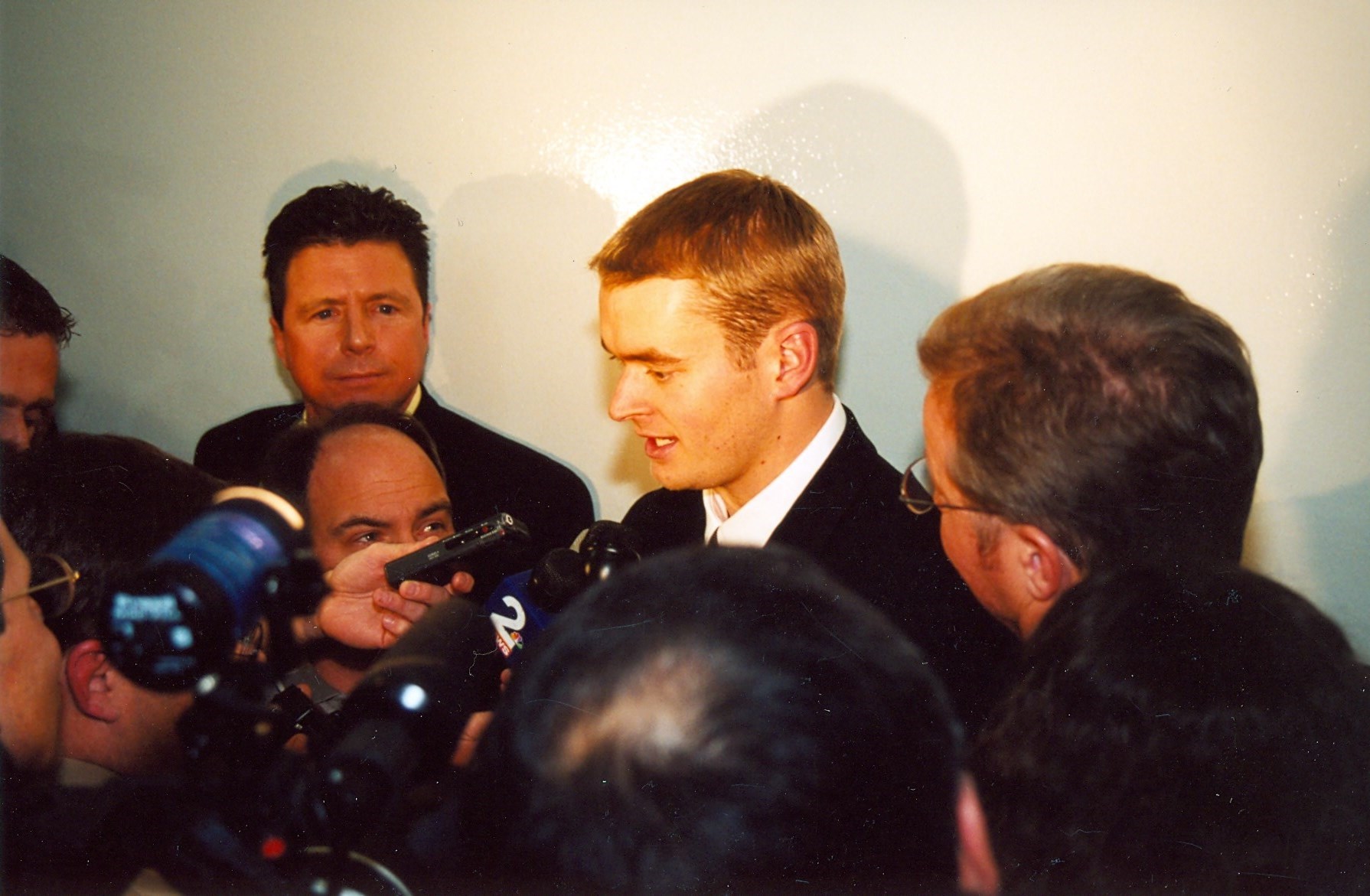 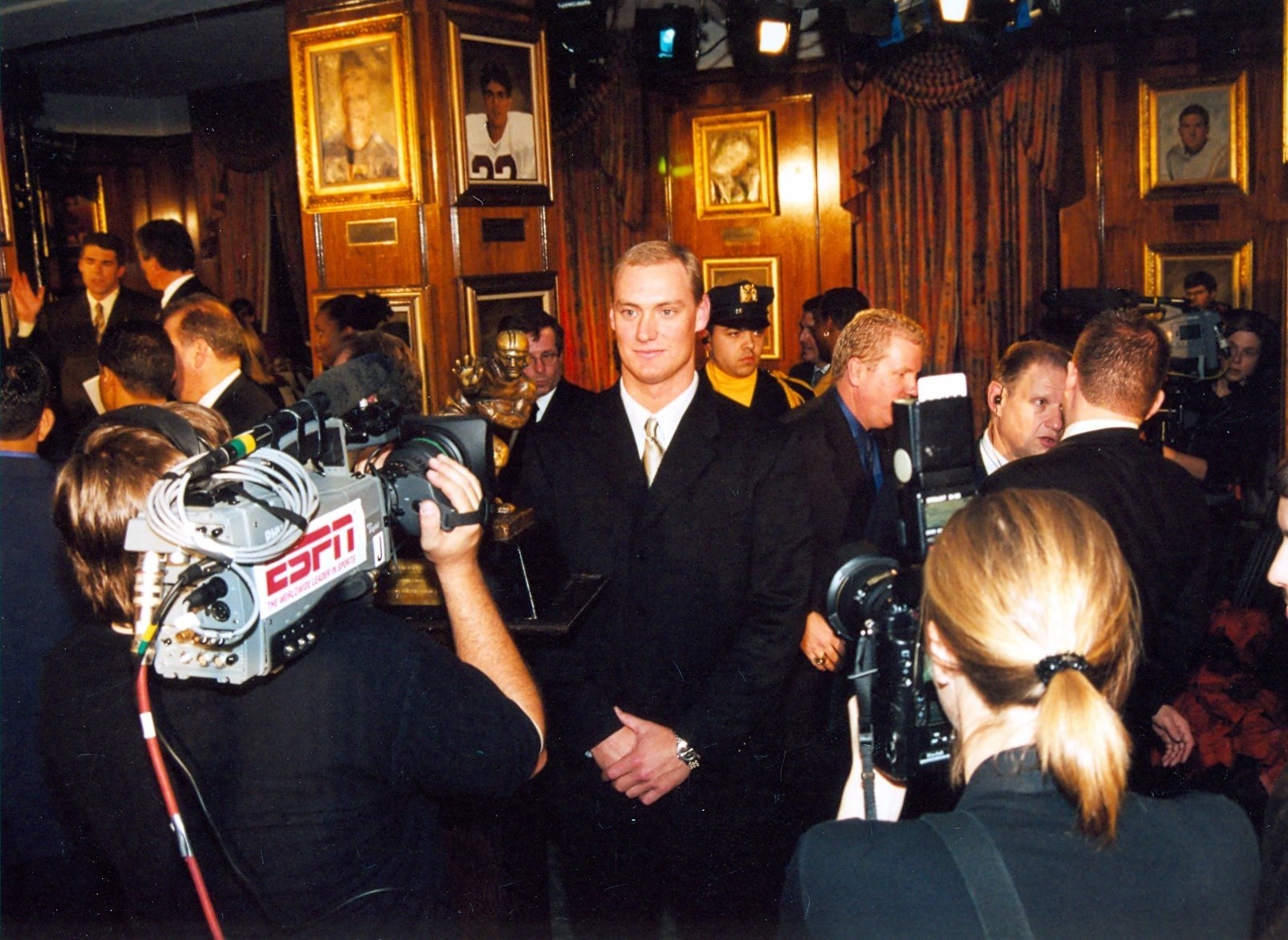 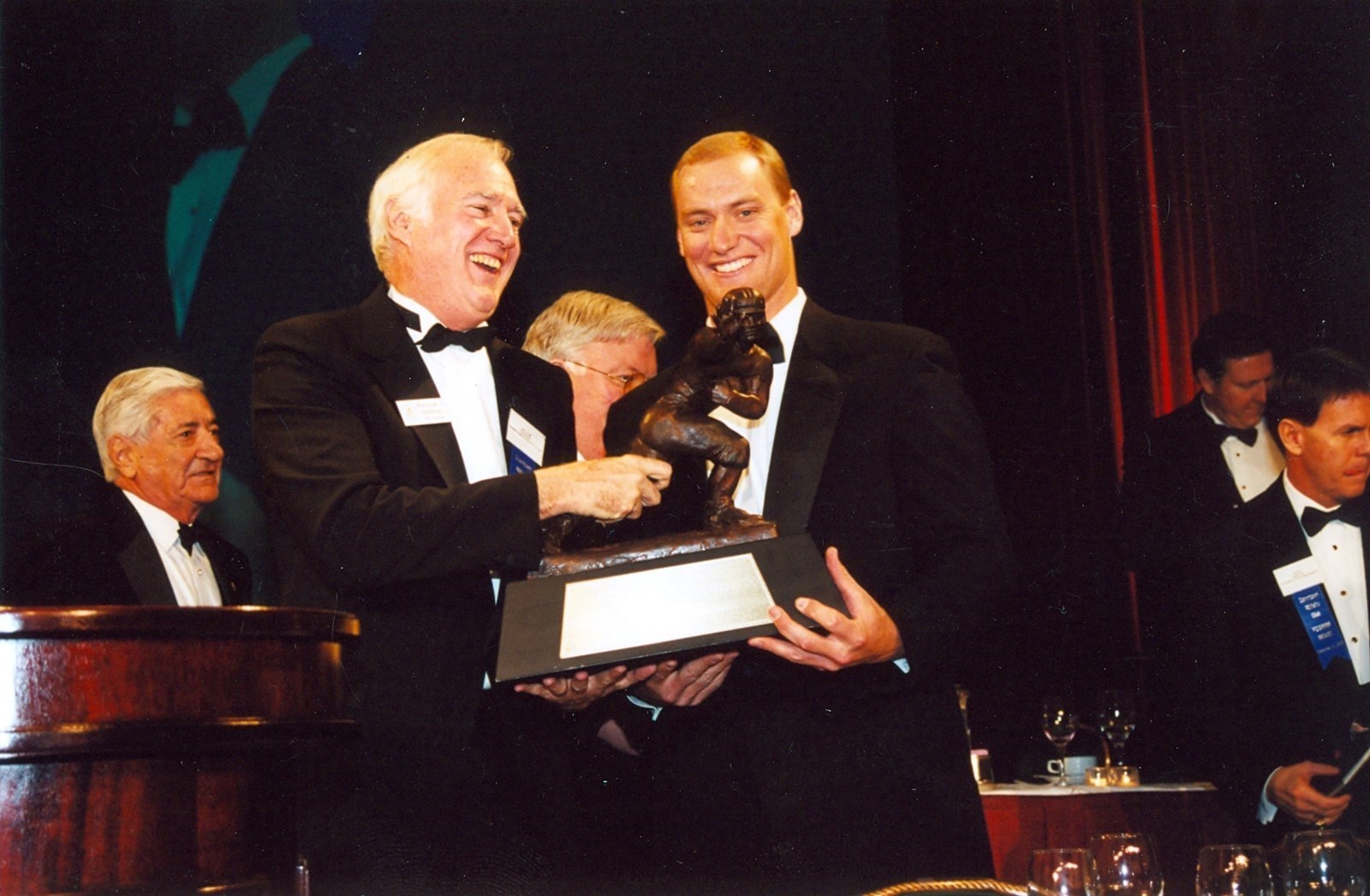