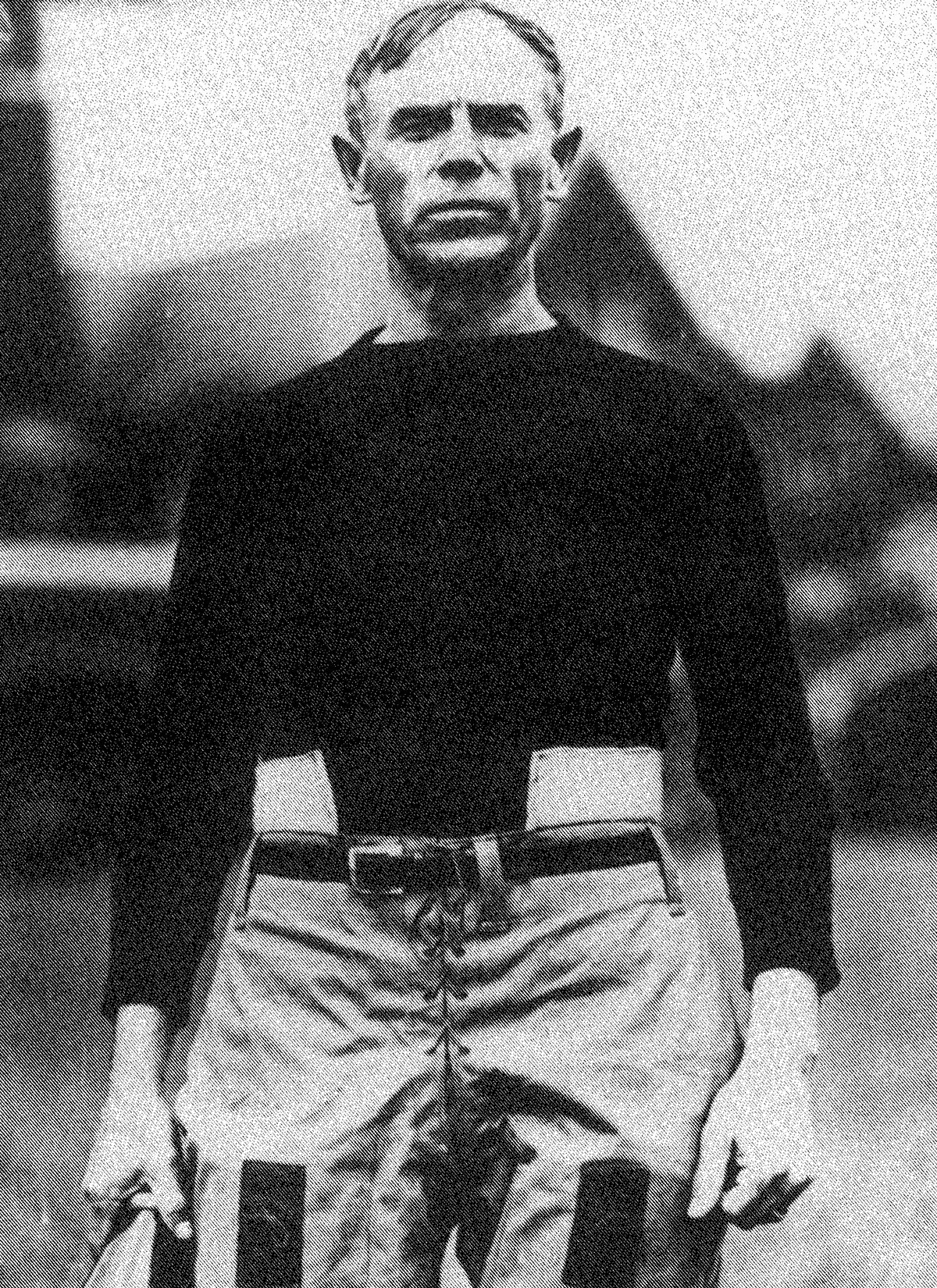 Members of New York’s Downtown Athletic Club (DAC) appoint a Club Trophy Committee charged with conducting the presentation of the first award at the conclusion of the 1935 football season in the Club’s headquarters, located at the southern end of Manhattan. 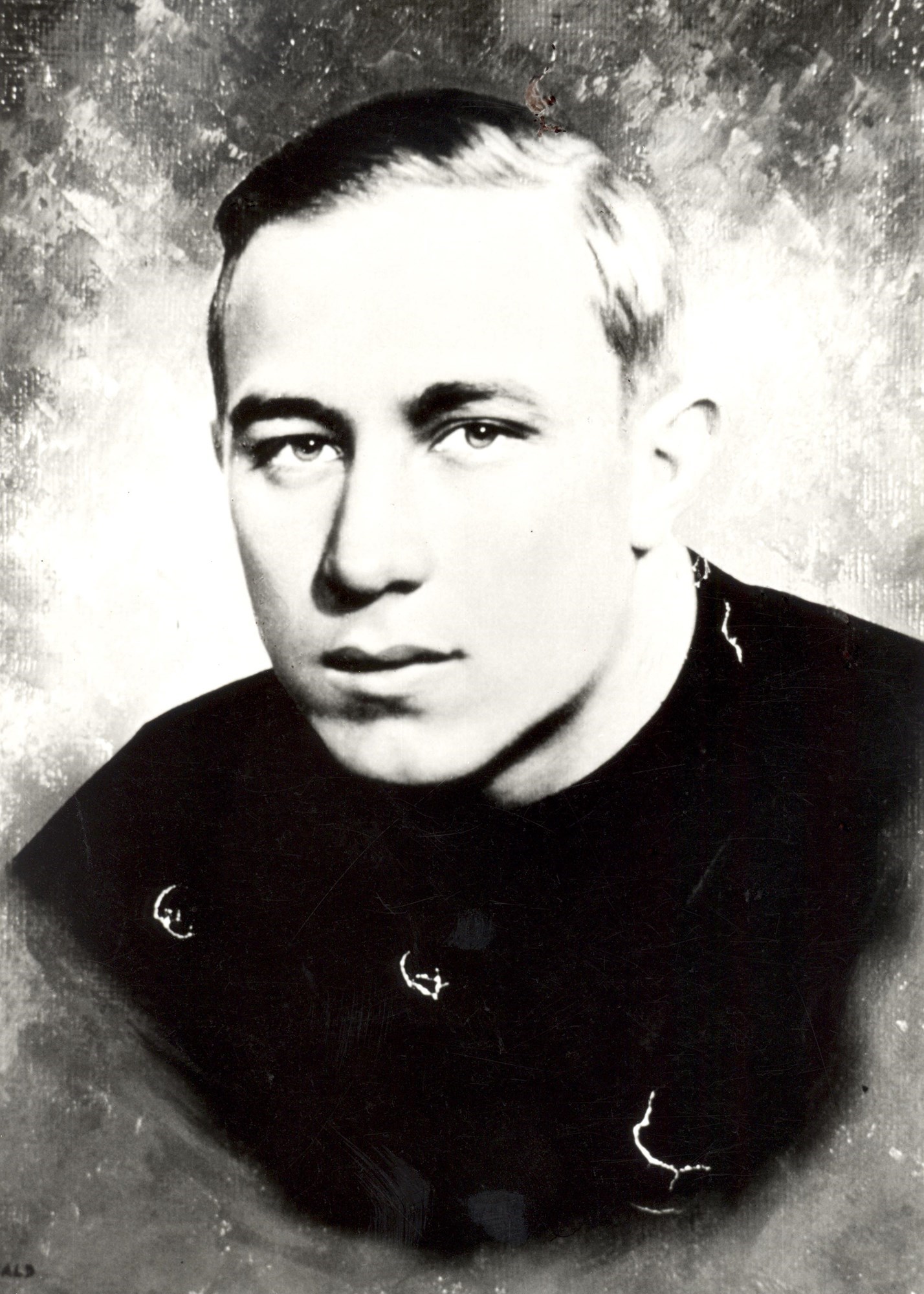 The first award—initially named the DAC Trophy—is presented on December 9, 1935, to Jay Berwanger, a triple threat cyclone and legendary “one-man-gang” in the University of Chicago’s backfield. 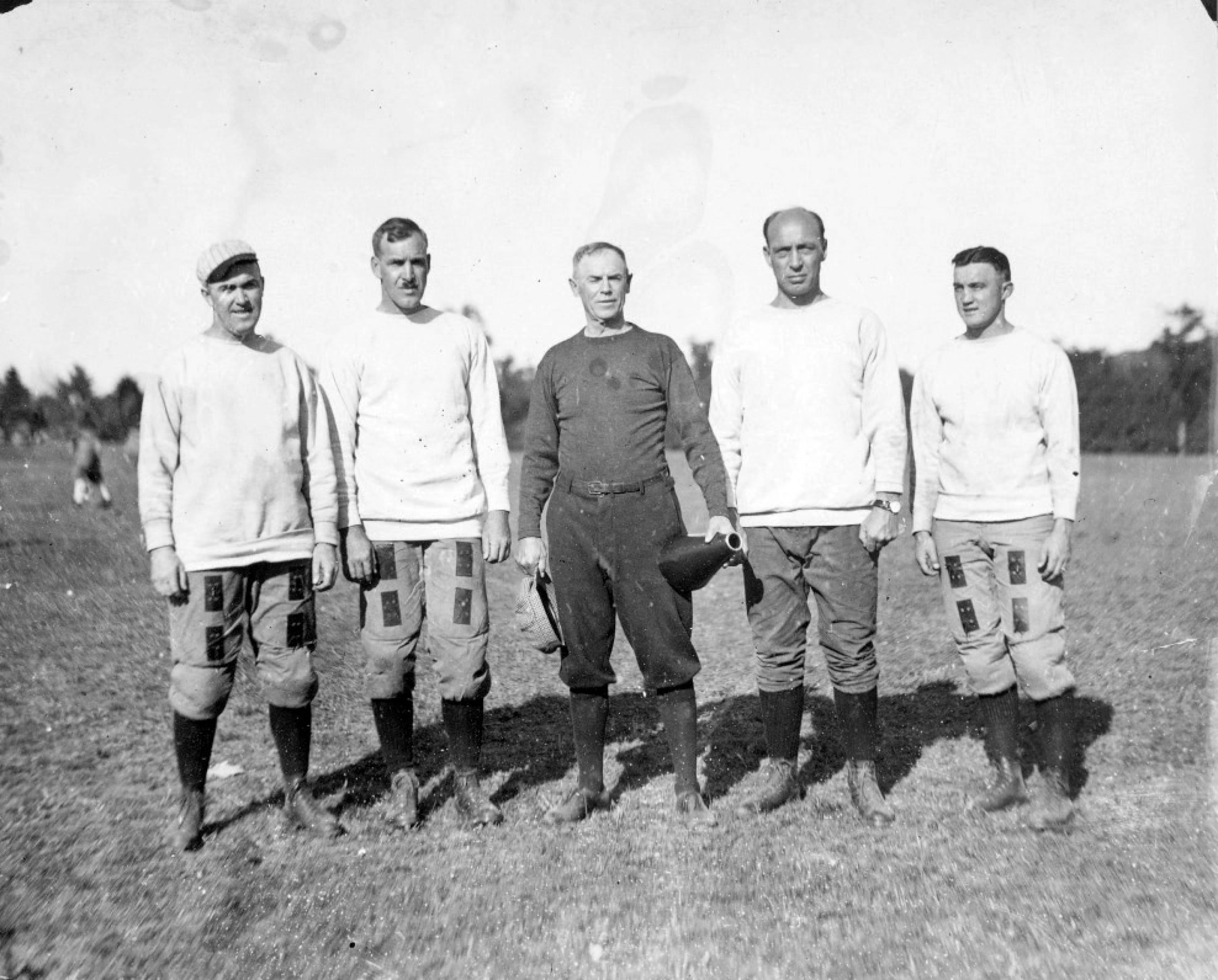 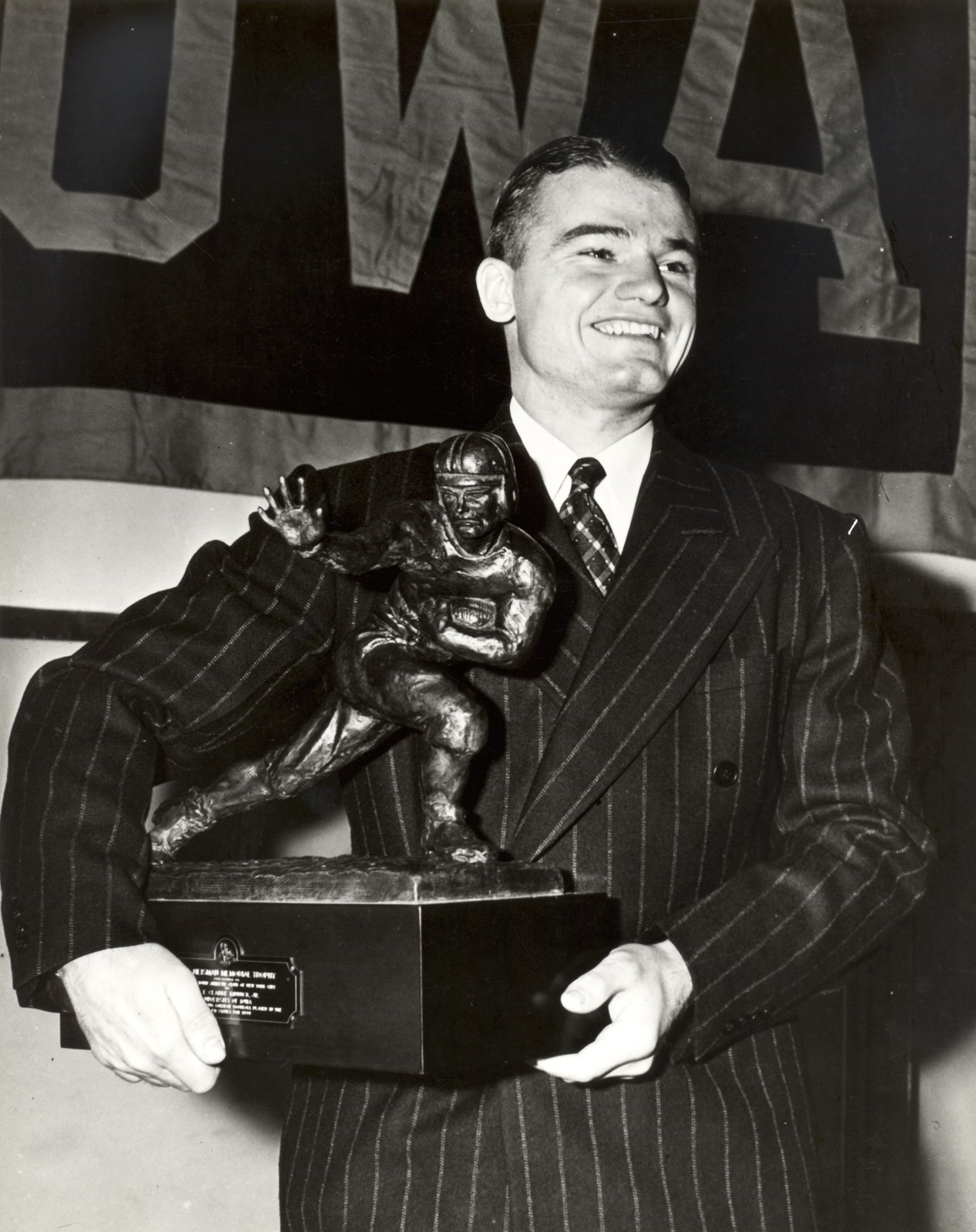 Iowa’s 1939 winner becomes the first Heisman recipient to pass away when his military plane crashes off the coast of South America. 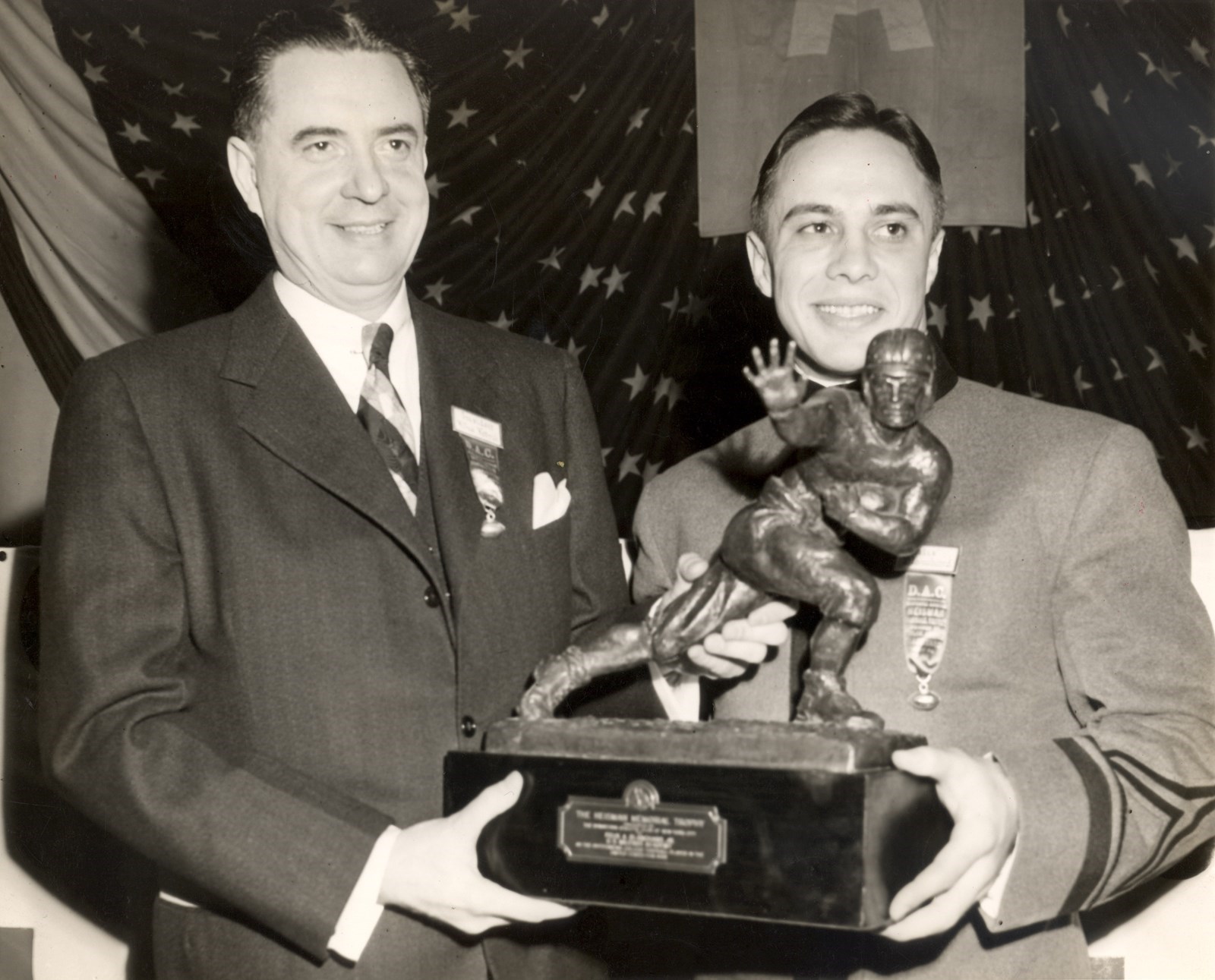 Princeton dynamic running back Dick Kazmaier becomes the third, and most recent, Ivy League player to win the Heisman. 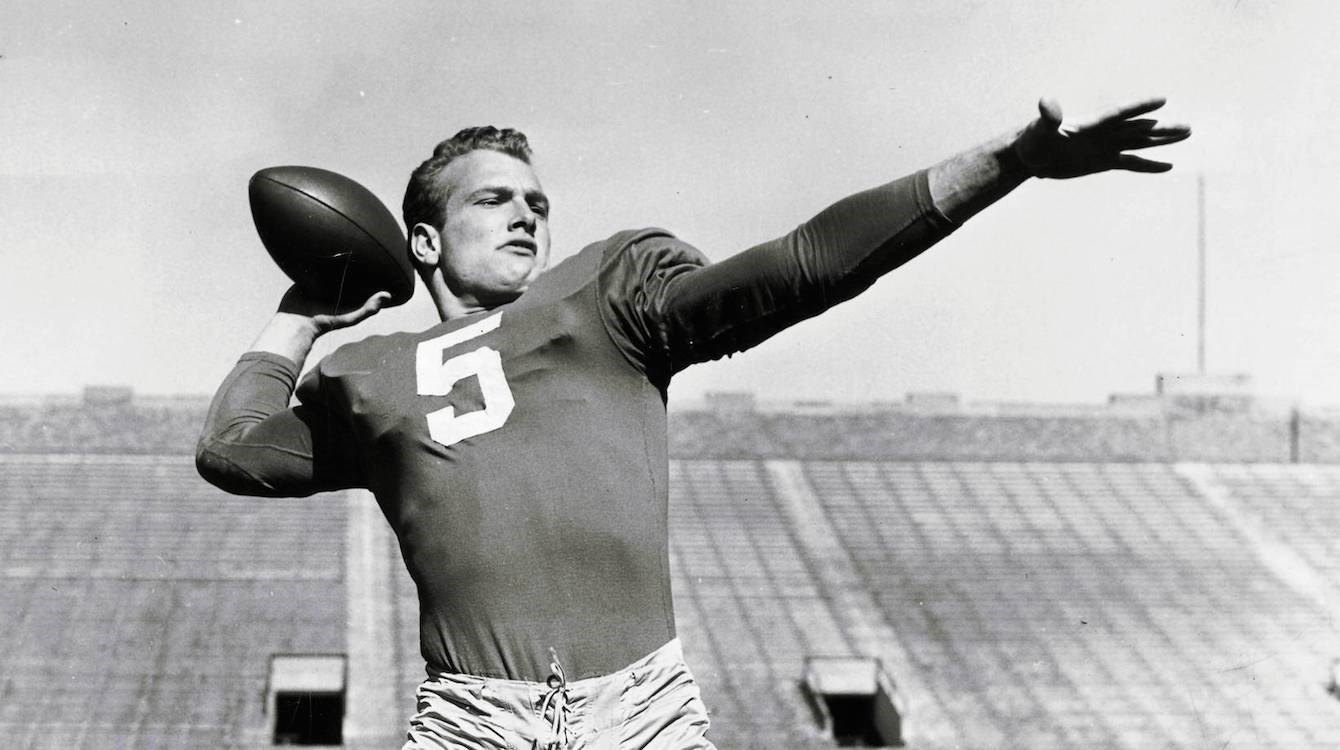 Notre Dame’s Paul Hornung becomes the only player to win the Heisman for a losing team. The Irish finish 2-8. The Syracuse running back becomes the first African-American to win the Heisman. Sadly, he dies of leukemia in 1963. 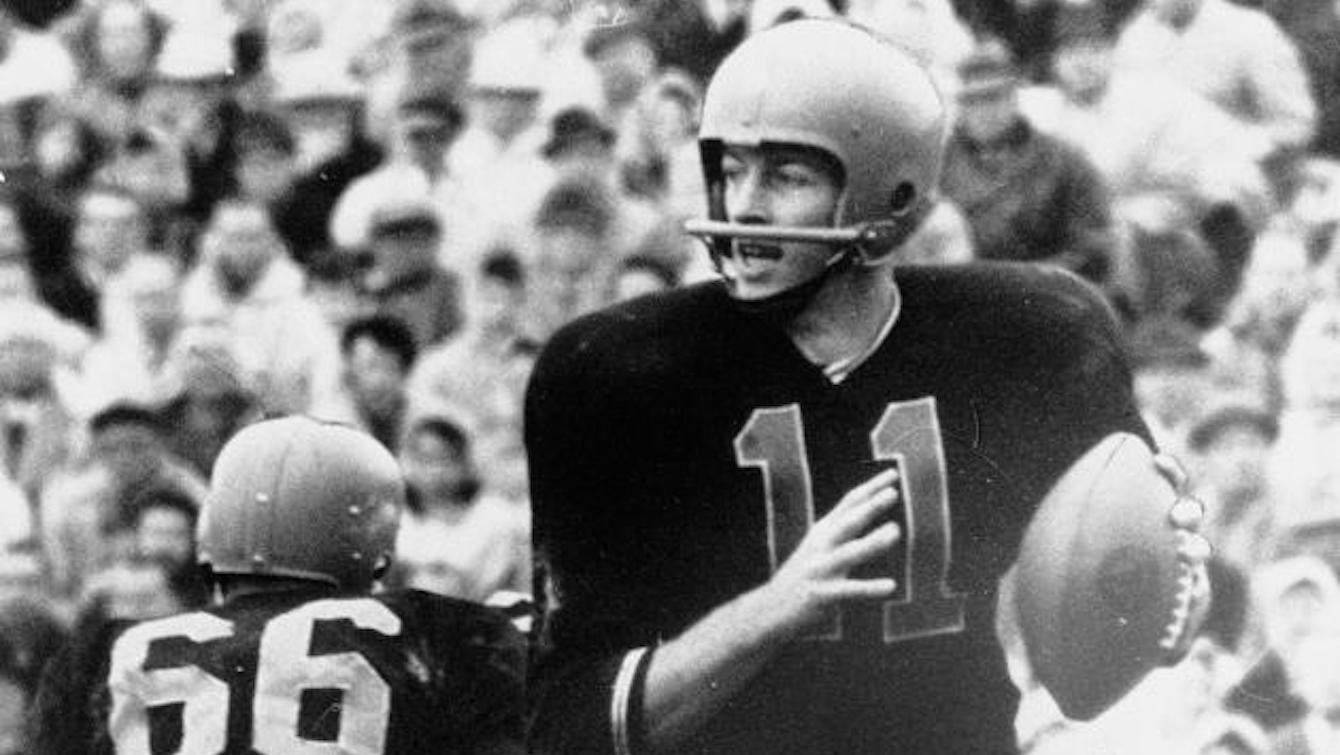 Oregon State quarterback Terry Baker wins the first Heisman from the West Coast. He also plays in the 1963 NCAA basketball Final Four, the only Heisman winner to do so. 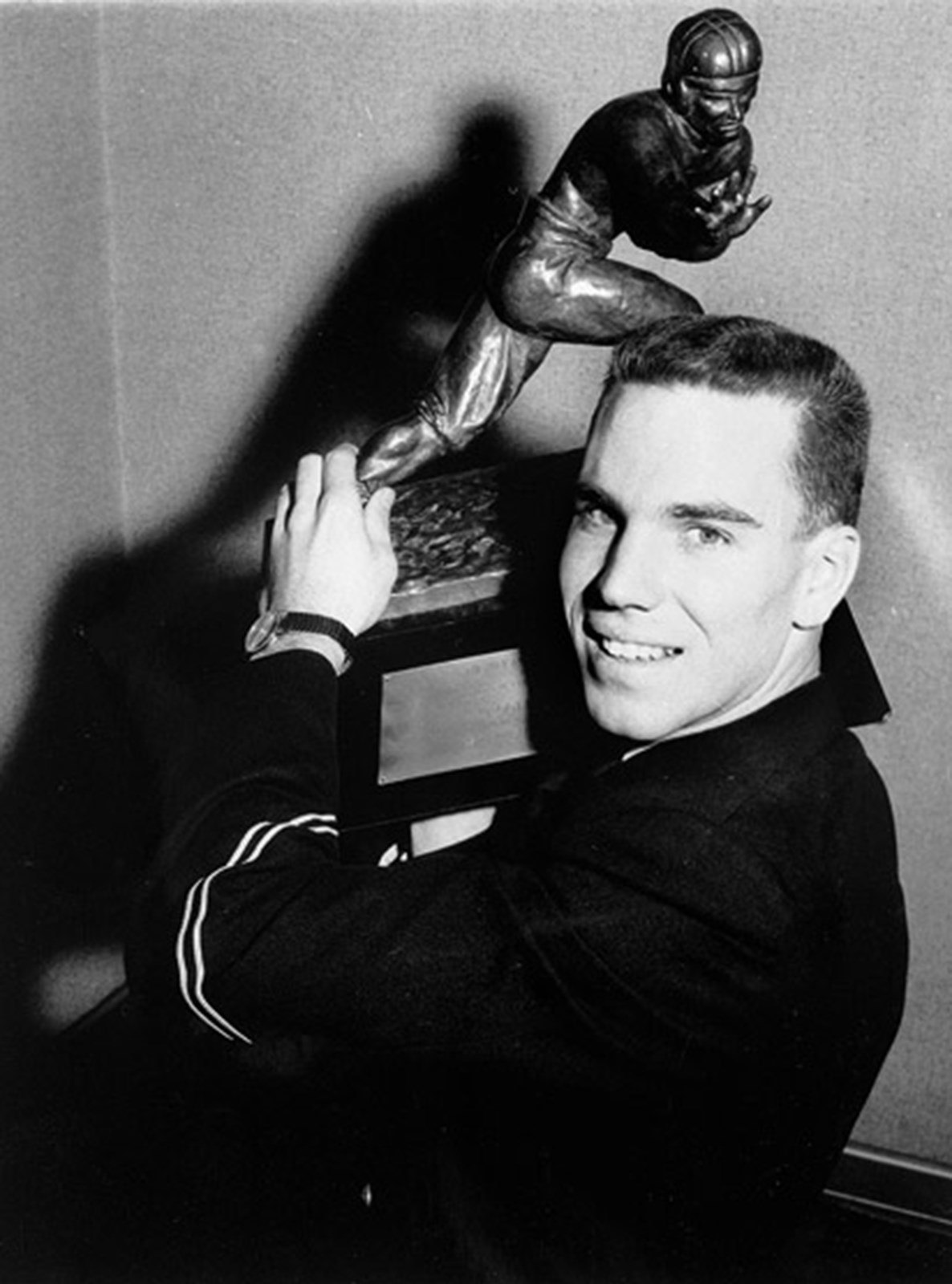 Service Academy schools won five Heismans in the first 25 years of the trophy’s history, but quarterback Roger Staubach of Navy is the last to do so. Previously held at the Downtown Athletic Club, the growing popularity of the Heisman dinner forces a move to the Grand Ballroom at the New York Hilton. It would stay there until 1986. Ohio State’s Archie Griffin becomes the only two-time winner of the Heisman, winning the trophy in 1974 and 1975. 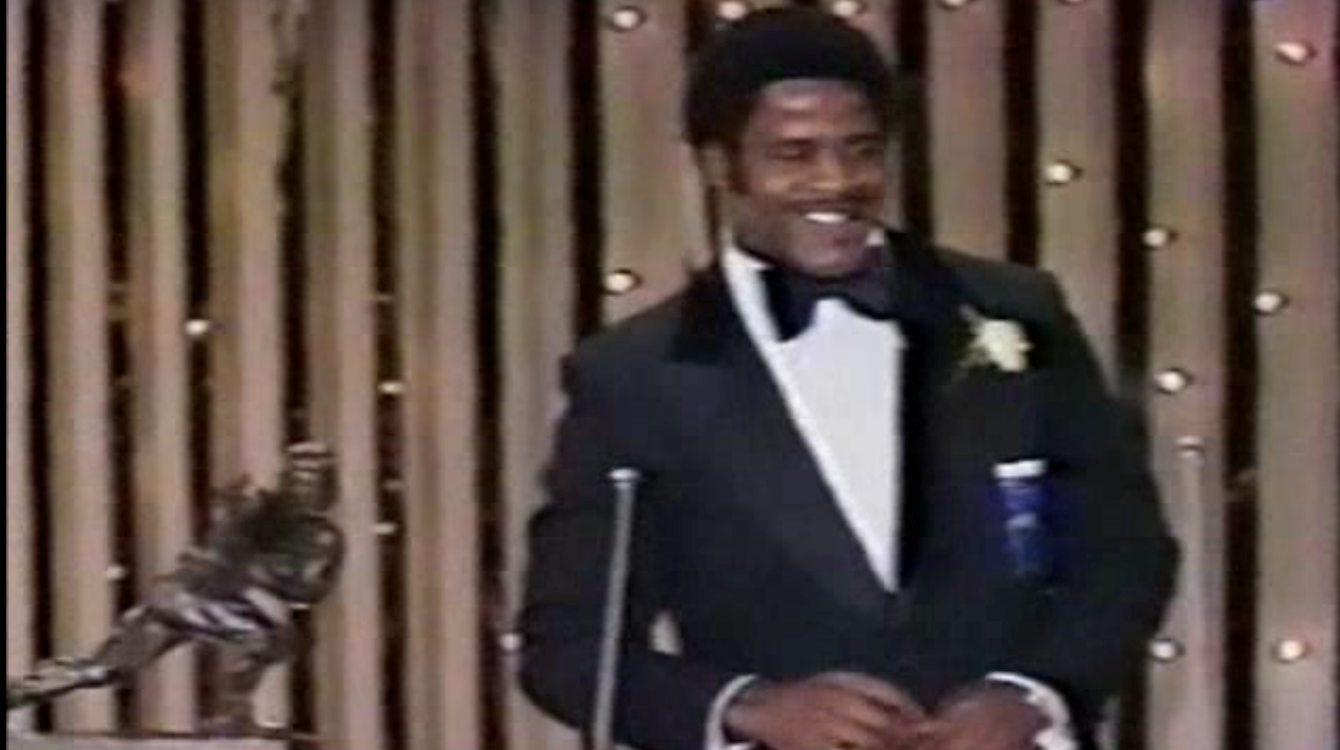 The President of the DAC and the Heisman Committee decide to present the award as part of an hour-long, prime-time television spectacular. The victor is announced at the dinner along with six other outstanding players meriting other special DAC Awards. USC’s Marcus Allen is the first Heisman winner to have his announcement broadcast on live television, courtesy of ABC.

For the first time, finalists are invited to New York to take part in a live televised Heisman ceremony (broadcast by ABC). The Heisman finalists are Herschel Walker, John Elway and Eric Dickerson, though Elway did not attend. Boston College’s Doug Flutie becomes the first quarterback since Pat Sullivan in 1971 to win the Heisman, breaking a string of 11-straight running back winners. Michigan cornerback Charles Woodson becomes the first primarily defensive player to win the Heisman, though his all-around brilliance as a three-way player helps capture the imagination of Heisman voters. 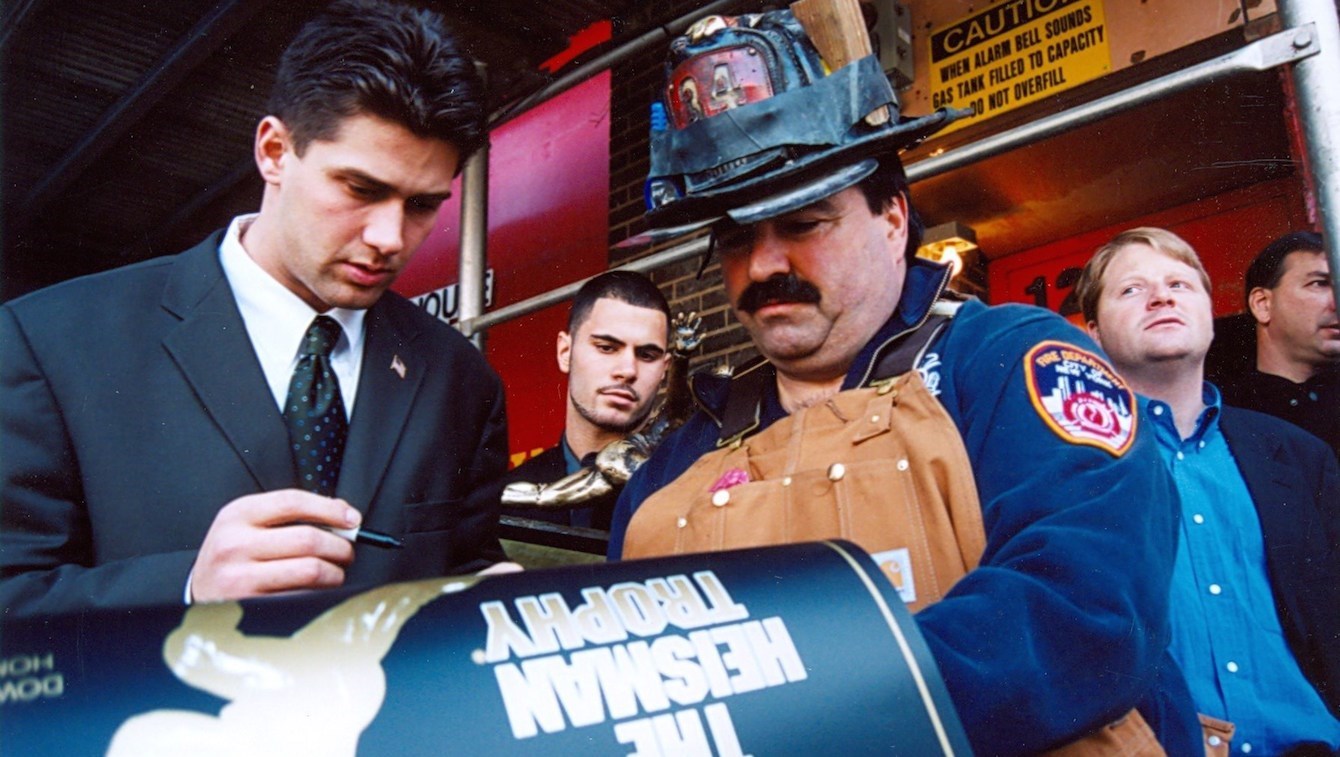 Following the tragic events of September 11, 2001, the Heisman presentation is moved to the New York Marriott Marquis in 2001. In 2002 and 2003, it moves to the Yale Club of NYC.  In 2004, the announcement is held at the New York Hilton and, in the following year, 2005, the Heisman event is moved to the recently renovated Nokia Theatre (now the Playstation Theatre) in the center of the Broadway Theater district in Times Square. Following the closing of the Downtown Athletic Club in the aftermath of the 2001 terror attacks on Lower Manhattan, the Heisman moves to a charitable trust dedicated to promoting the causes of amateur athletics and underserved youth. The Heisman vote moves primarily to an online ballot. By 2009, all Heisman ballots are required to be submitted online, giving all voters a chance to hold their votes until the final regular season game has been played.