Derrick Henry is the second Alabama player to win the Heisman, joining 2009 winner Mark Ingram. He is also the first running back since Ingram to win and just the second since Ron Dayne won in 1999.

Henry was born in Yulee, Fla. and attended Yulee High, where he was a three-sport star in football, basketball and track. He set the national high school career rushing mark with 12,124 yards, breaking Ken Hall’s 59-year-old record. He had 4,261 yards and 55 touchdowns as a 2012 senior and was considered one of the top players in the recruiting class of 2013.

The 6-3, 242-pounder was offered dozens of scholarships from schools all across the country, but he committed to attend the University of Alabama on Sept. 28, 2012. As a 2013 freshman, Henry made an impact for the Tide as part of a deep corps of running backs, rushing for 382 yards and three touchdowns on just 35 carries (including 100 yards on eight carries against Oklahoma in the Cotton Bowl).

He followed up with a strong 2014 sophomore season, rushing for 990 yards and 11 touchdowns as he shared carries with T.J. Yeldon.

Henry came into his own as a junior, setting the SEC single-season rushing record with 1,986 rushing yards. He also tied the conference mark for rushing touchdowns with 23. His rushing yardage total led the nation, as did his number of rushing attempts (339). He was just the third running back in SEC history (Herschel Walker and Bo Jackson being the others) to have four 200-yard games in a single season.

As a result, Henry beat out Stanford’s Christian McCaffrey for the Heisman. He then led the Crimson Tide to the national title with 158 yards and three touchdowns against Clemson.

Henry bypassed his senior season for the NFL and was selected in the 2nd round by the Tennessee Titans.

* – represents all ballots received before games started on Saturday, Dec. 5, 2015.

Also of note:
Henry finished first in five of the six regions while McCaffrey won the Far West
The 2015 balloting is the closest since 2009, when Mark Ingram beat Toby Gerhart by 28 points
Running backs finished first and second for only the second time since 1994 (Rashaan Salaam and Kijana Carter in ’94; Ingram and Gerhart in ’99)
McCaffrey’s 1,539 points are the 9th most for a Heisman runner up in history
Watson’s 1,165 points are the 3rd most for a third-place finisher in history. 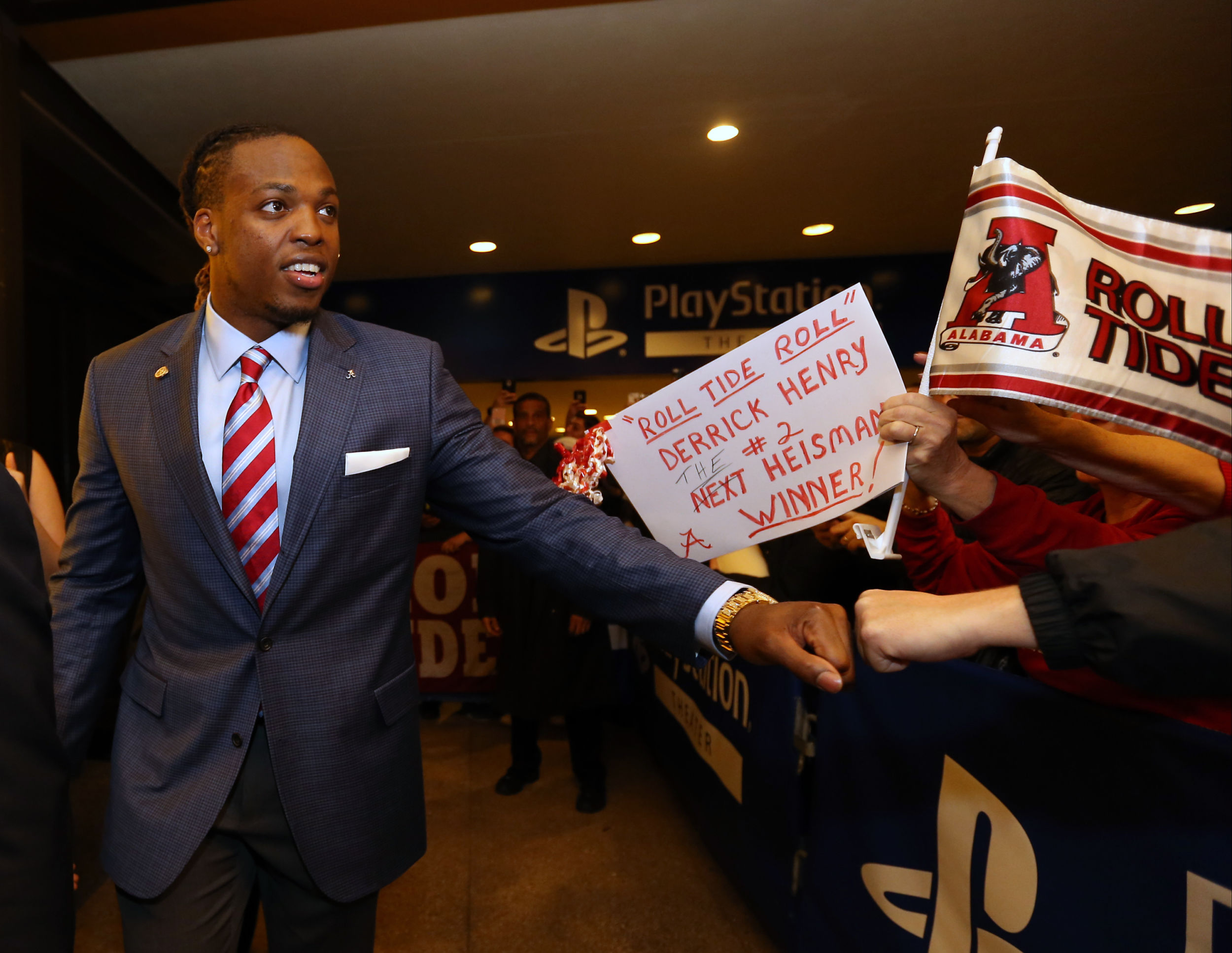 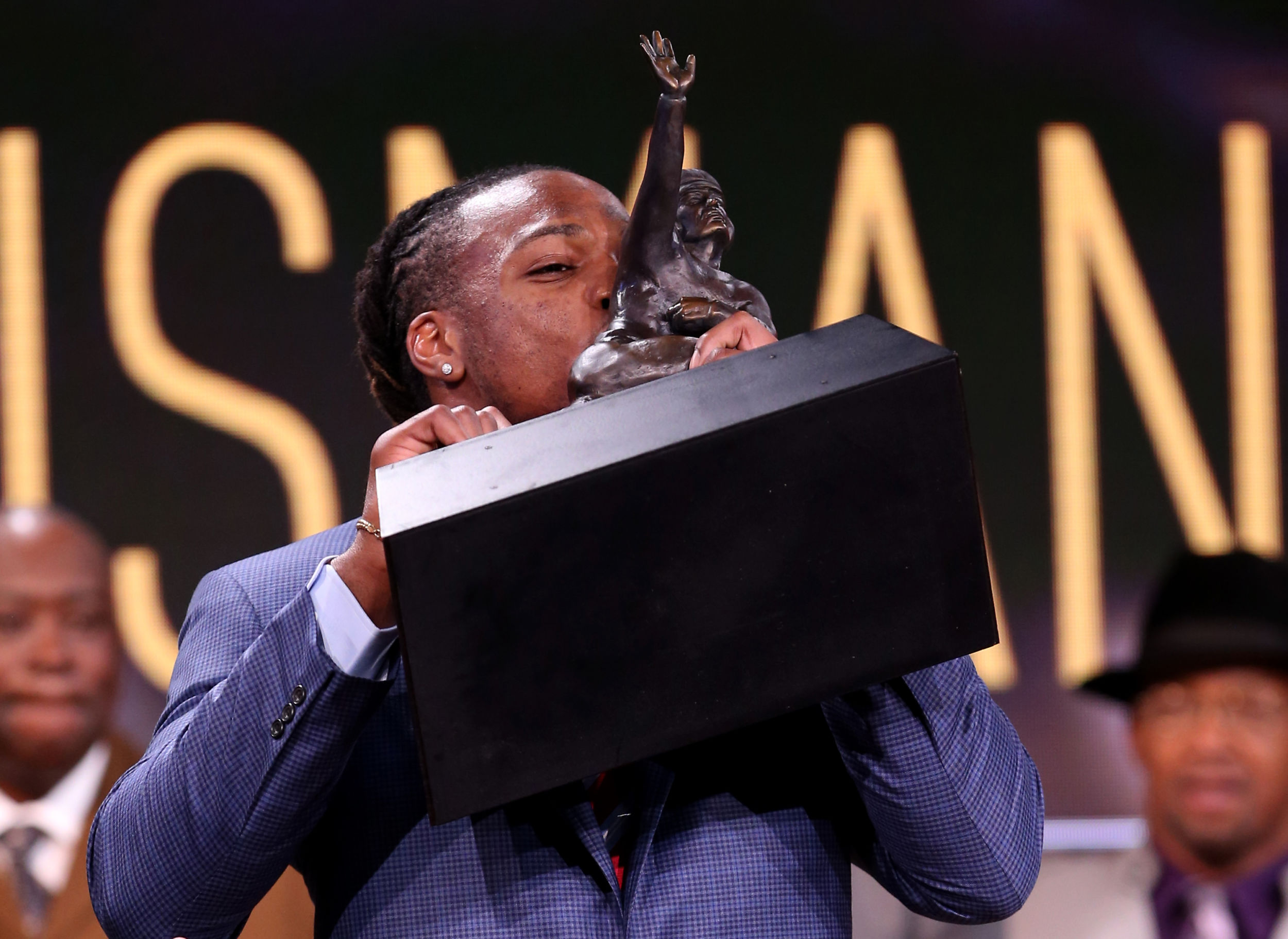 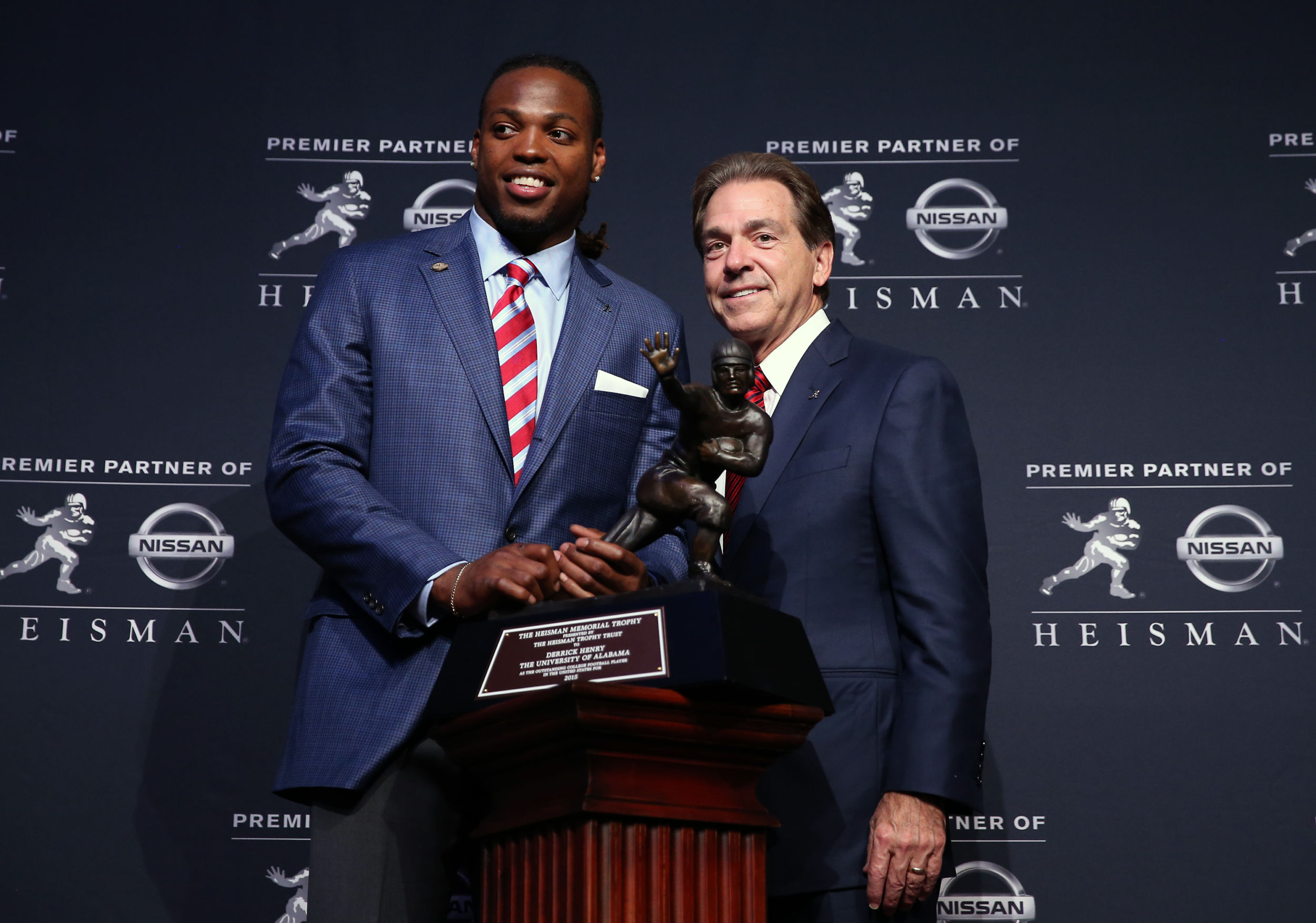 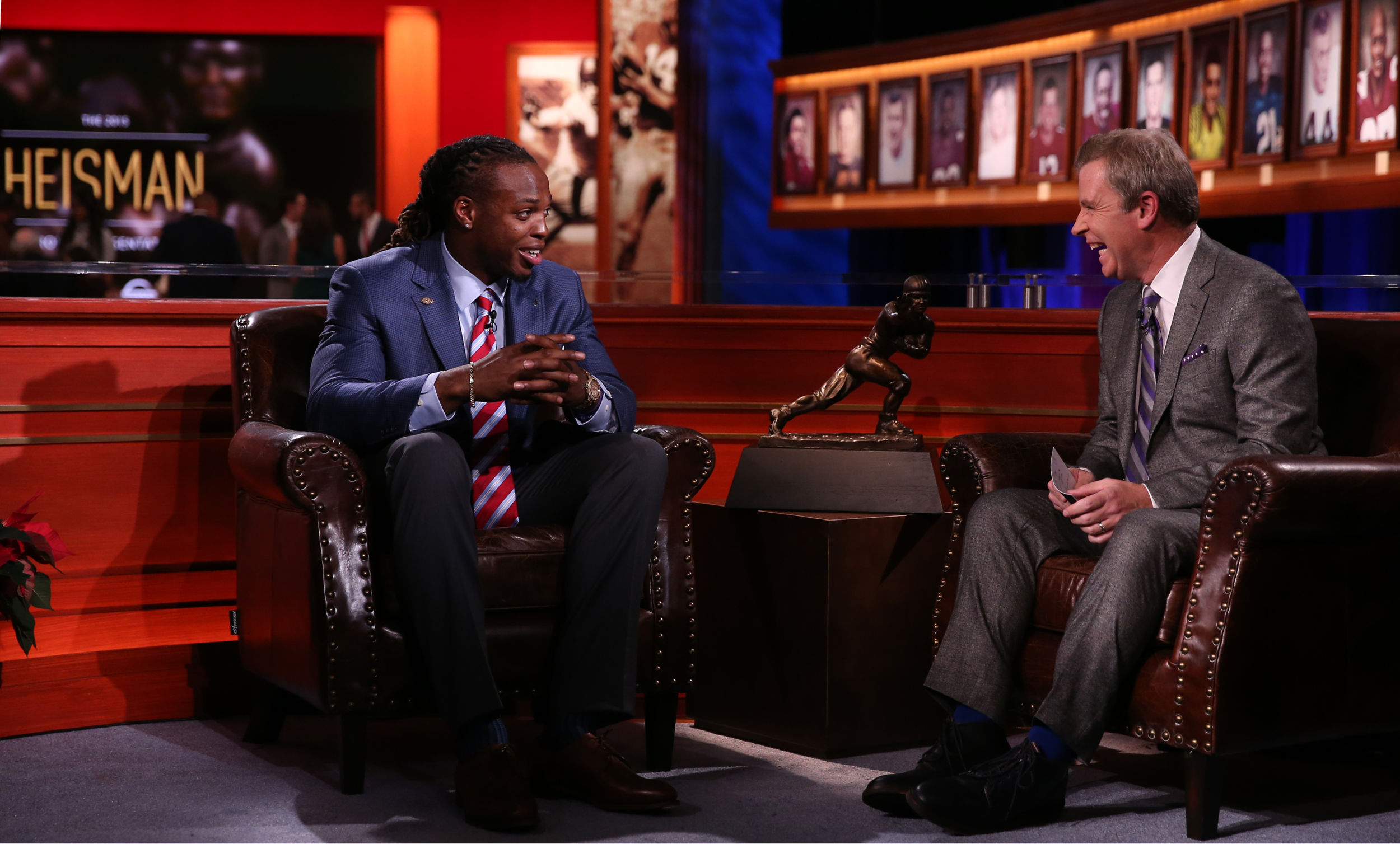 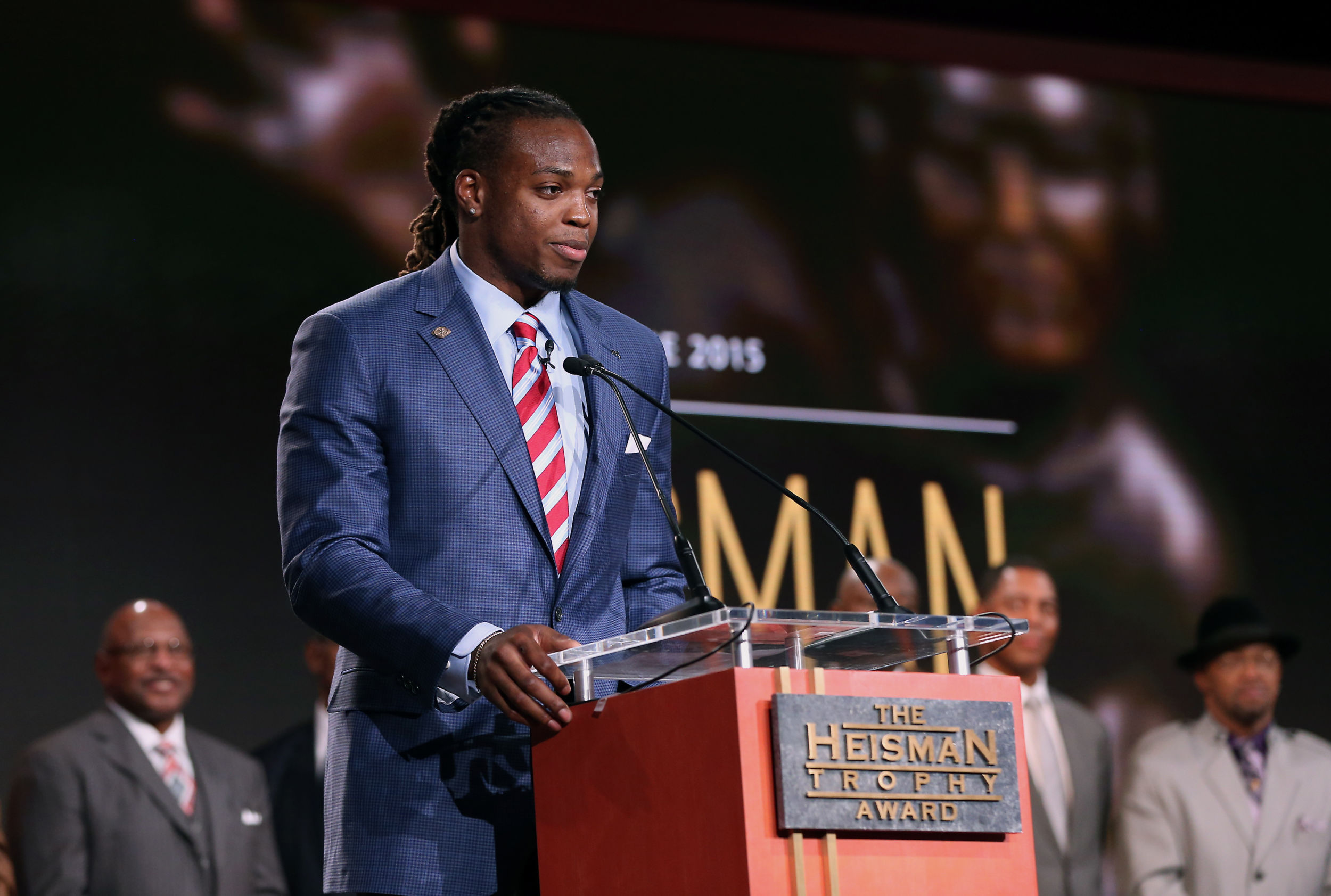 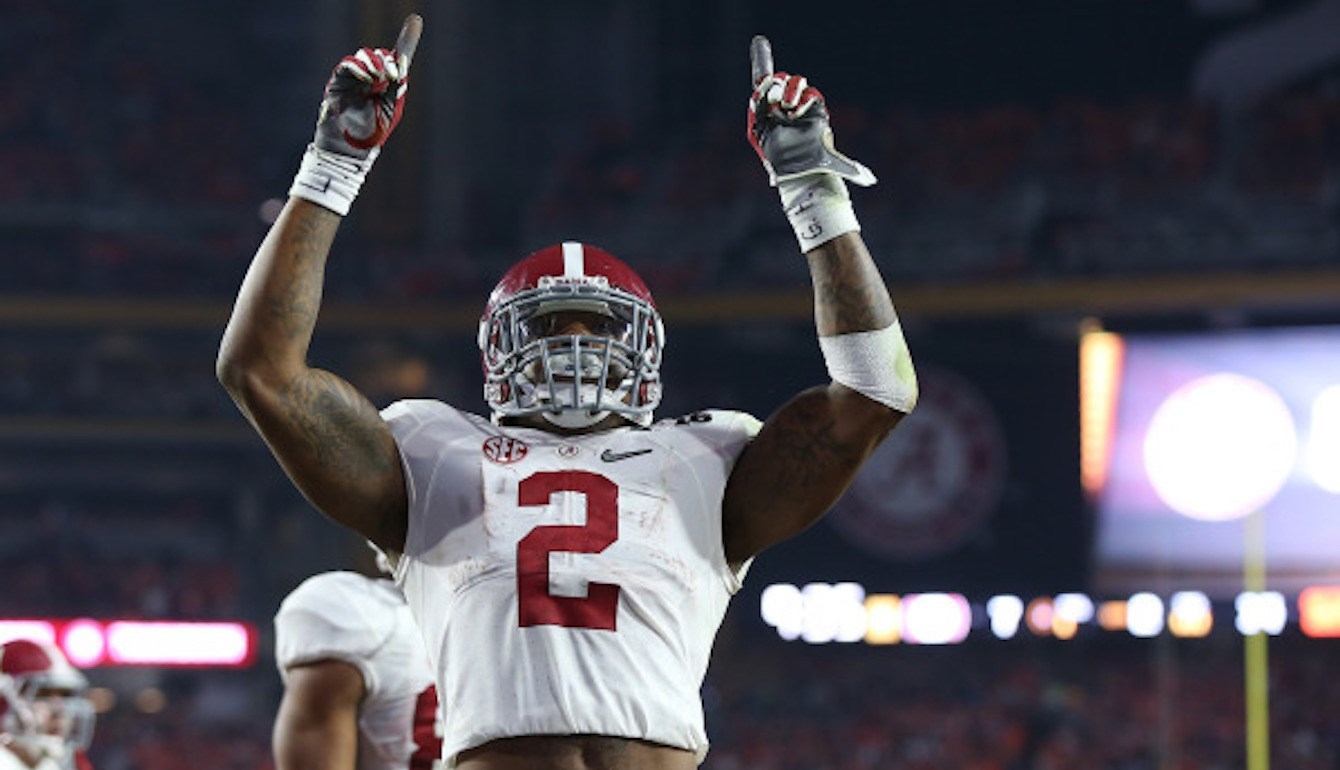 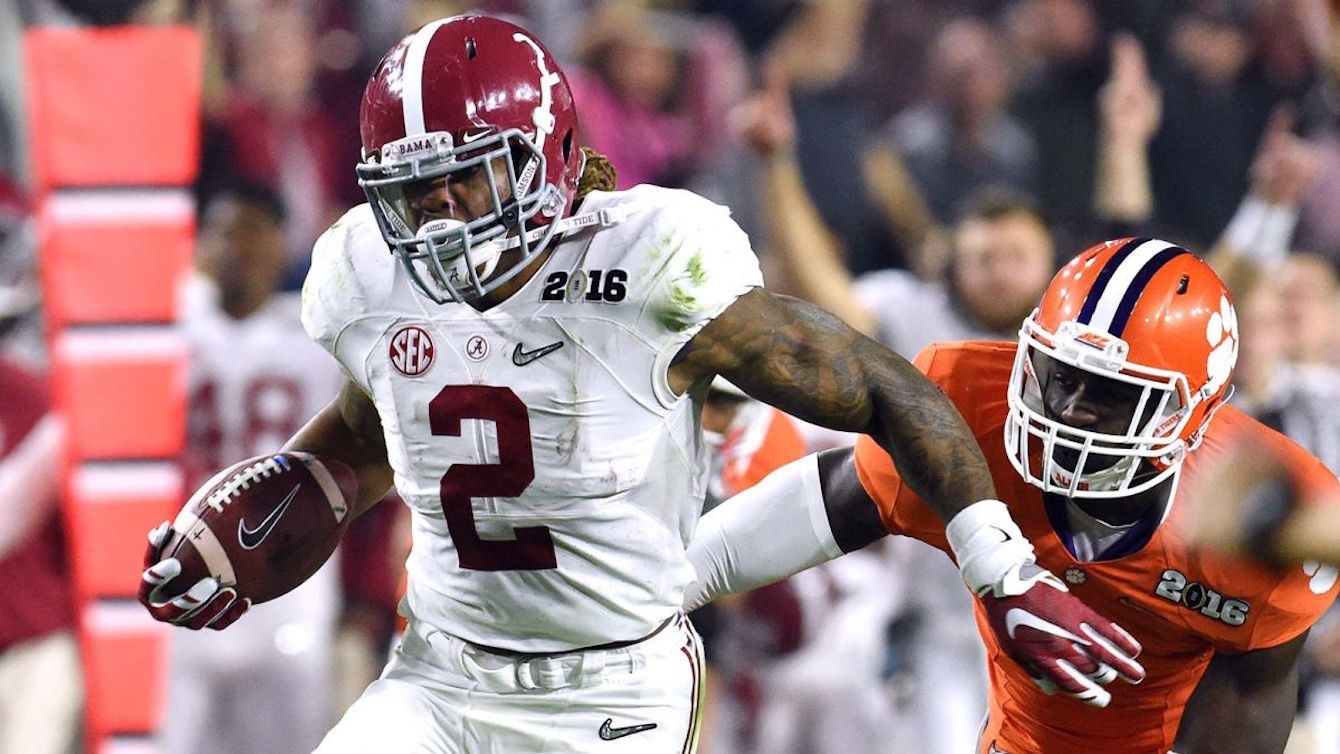 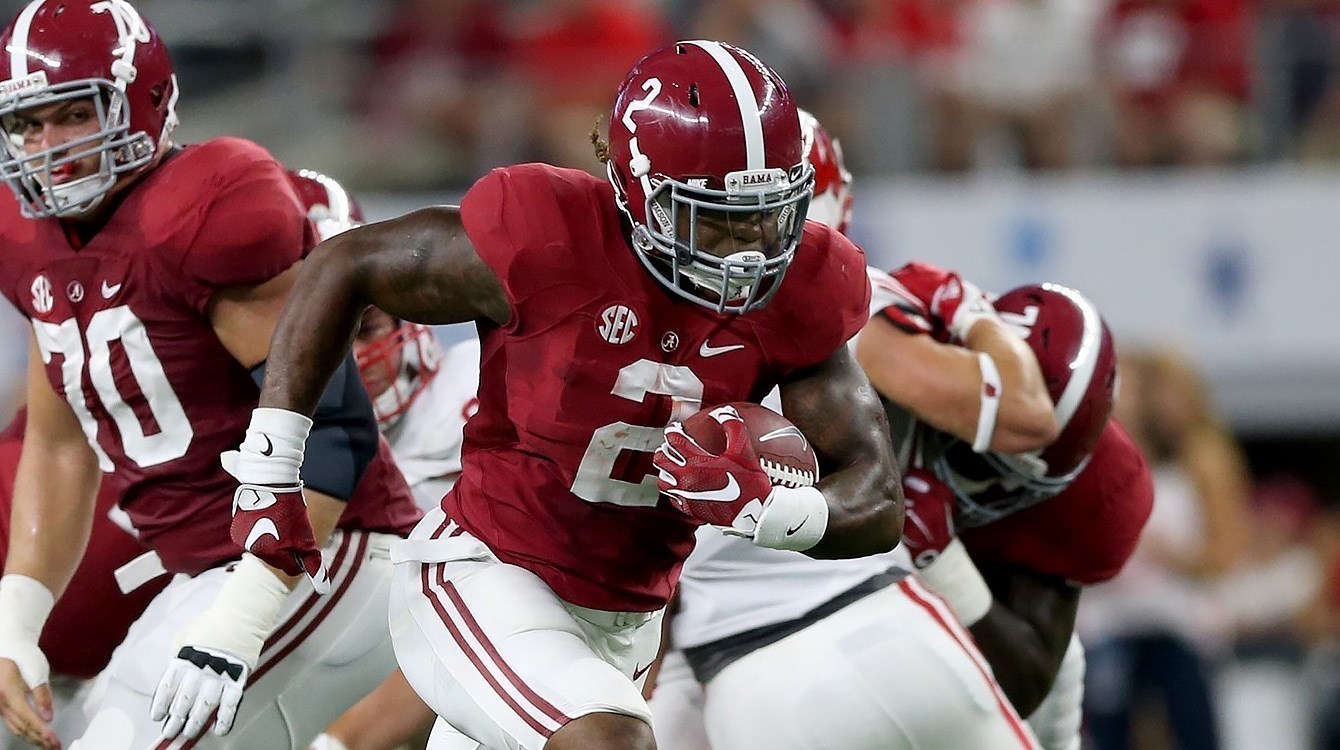 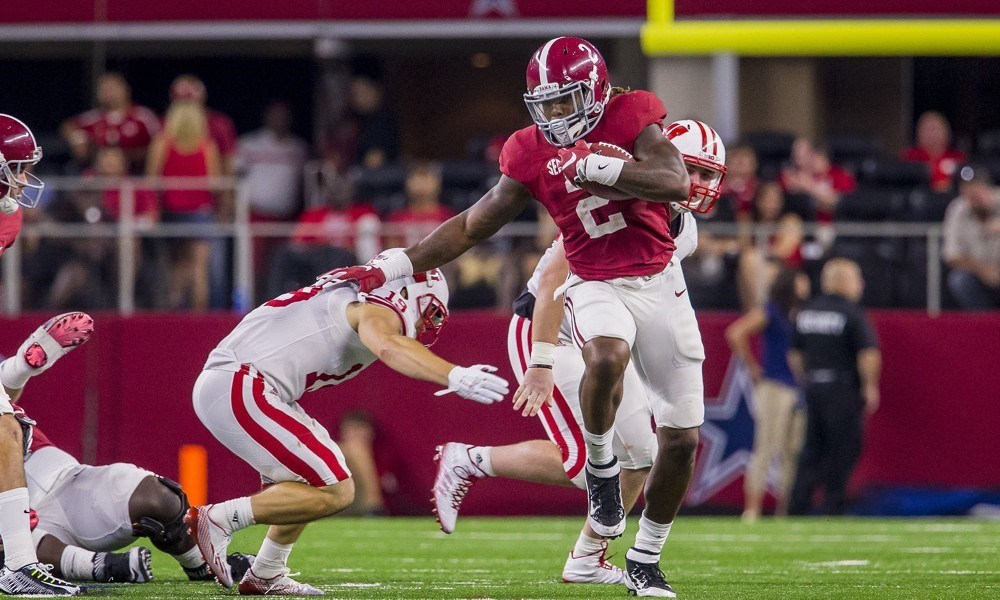