Plunkett, the most celebrated player in Stanford history, won his school’s first Heisman after leading the Indians to an 8-3 record and a Rose Bowl berth.

A native of San Jose, Calif., Plunkett graduated from Lick High in 1967, where he was a star athlete who competed in football, basketball, baseball, track and wrestling. He chose to play for Stanford in part because he wanted to stay close to his parents, both of whom were blind.

Plunkett’s Stanford career nearly ended before it began. A month before his enrollment, Plunkett was told by doctors that the lump he had felt at the base of his neck was cancerous. Surgery was required to remove a malignant tumor that would end his football playing days. However, the tumor turned out to be benign and Plunkett was given a clean bill of health.

Despite his strong first two seasons, Plunkett was a long-shot Heisman candidate compared to the other favorites: quarterbacks Archie Manning of Mississippi and Joe Theismann of Notre Dame. But Plunkett had a huge senior year, passing for 2,715 yards and 19 touchdowns as upstart Stanford won the Pac-8 title. When the Heisman vote was announced, Plunkett won by a wide margin.

He also captured the Maxwell Award for the nation’s best quarterback and was named player of the year by United Press International, The Sporting News, and SPORT magazine. In addition, the American College Football Coaches Association designated him as their Offensive Player of the Year. He became the second multiple recipient of the W.J. Voit Memorial Trophy, awarded each year to the outstanding football player on the Pacific Coast.

Plunkett capped his college career by leading Stanford to a 27-17 victory over undefeated No. 1 Ohio State in the 1971 Rose Bowl.

Plunkett was selected by the New England Patriots as the number one overall draft choice in 1971. He was traded in 1976 to the 49ers, and in 1980, joined the Oakland Raiders and quarterbacked them to two Super Bowl wins in 1980 and 1983, and was named the MVP of the 1980 match-up.

He was elected to the National Football Foundation and College Hall of Fame in 1990.

No rushing or total offense stats currently available for Plunkett. 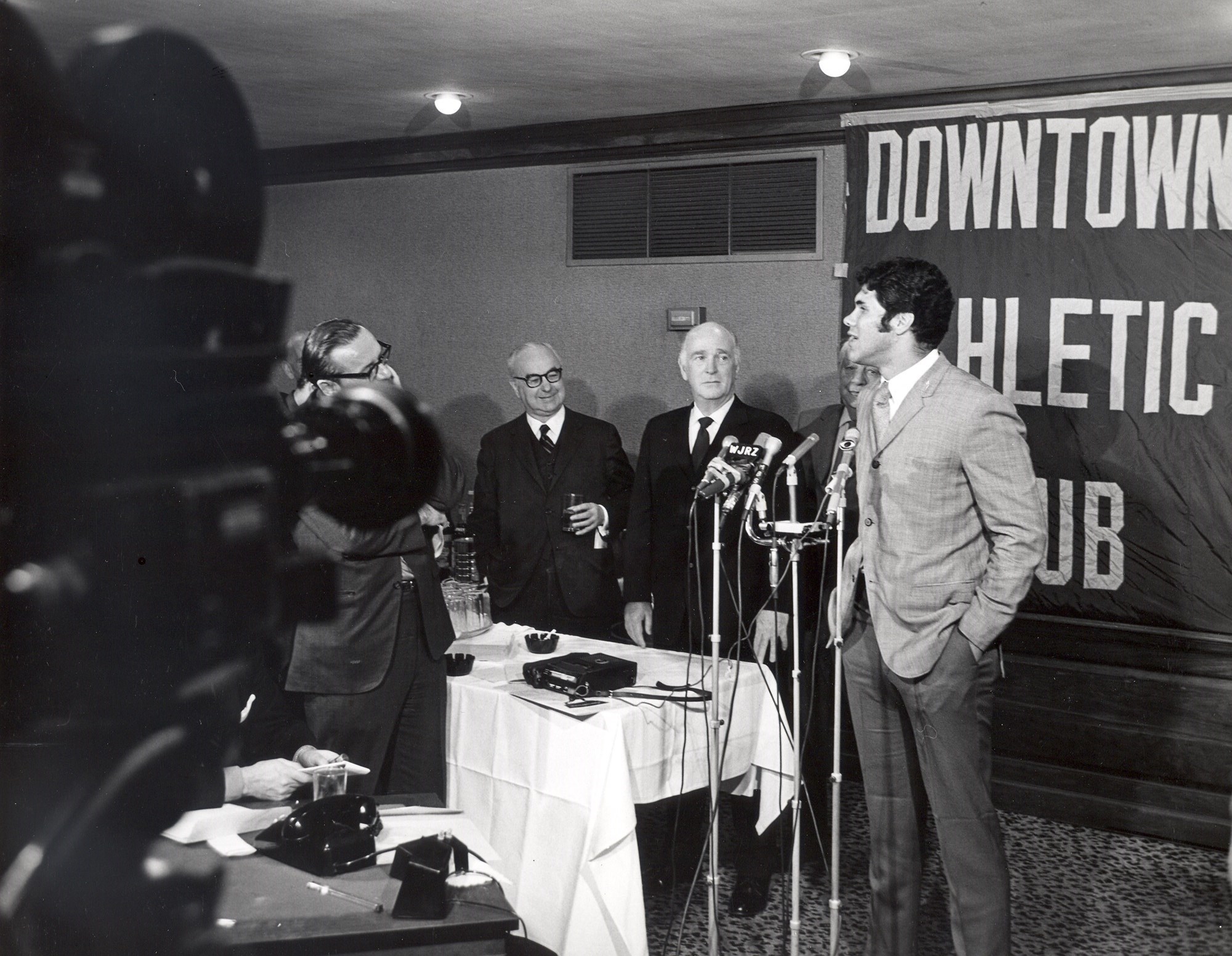 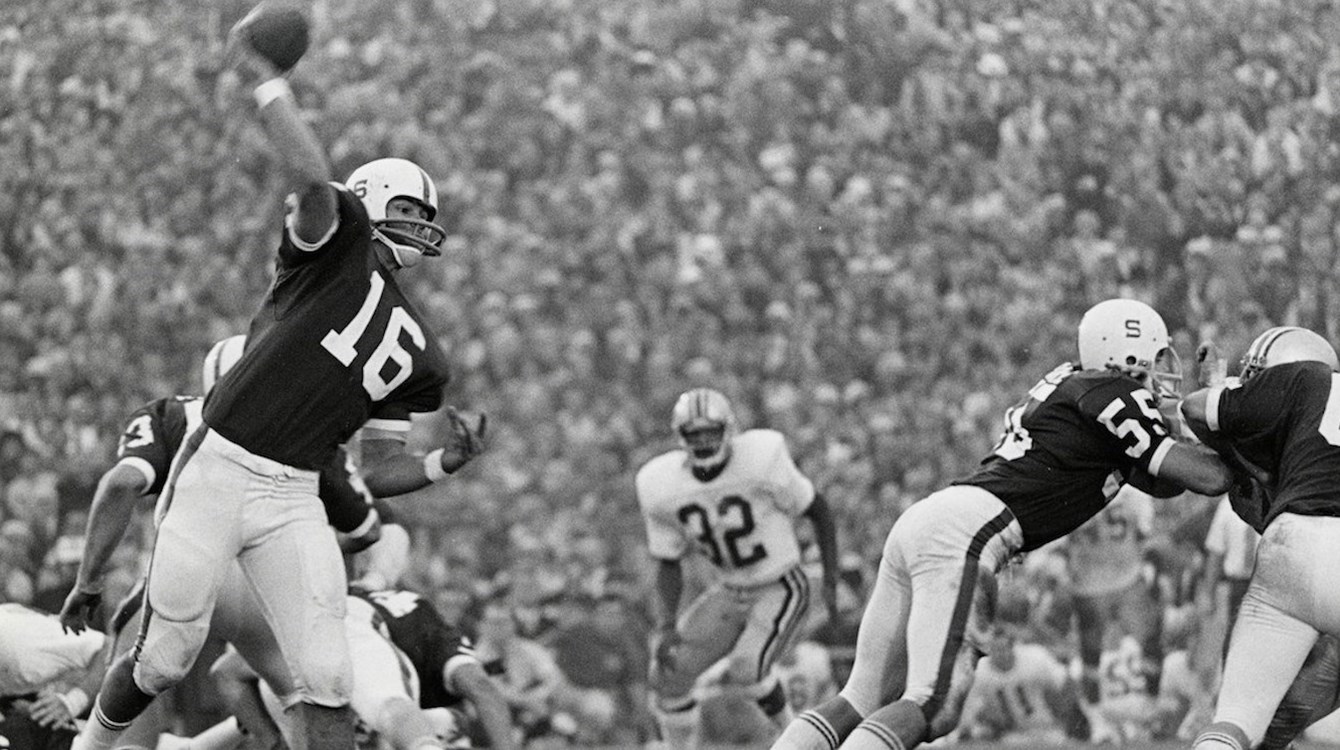 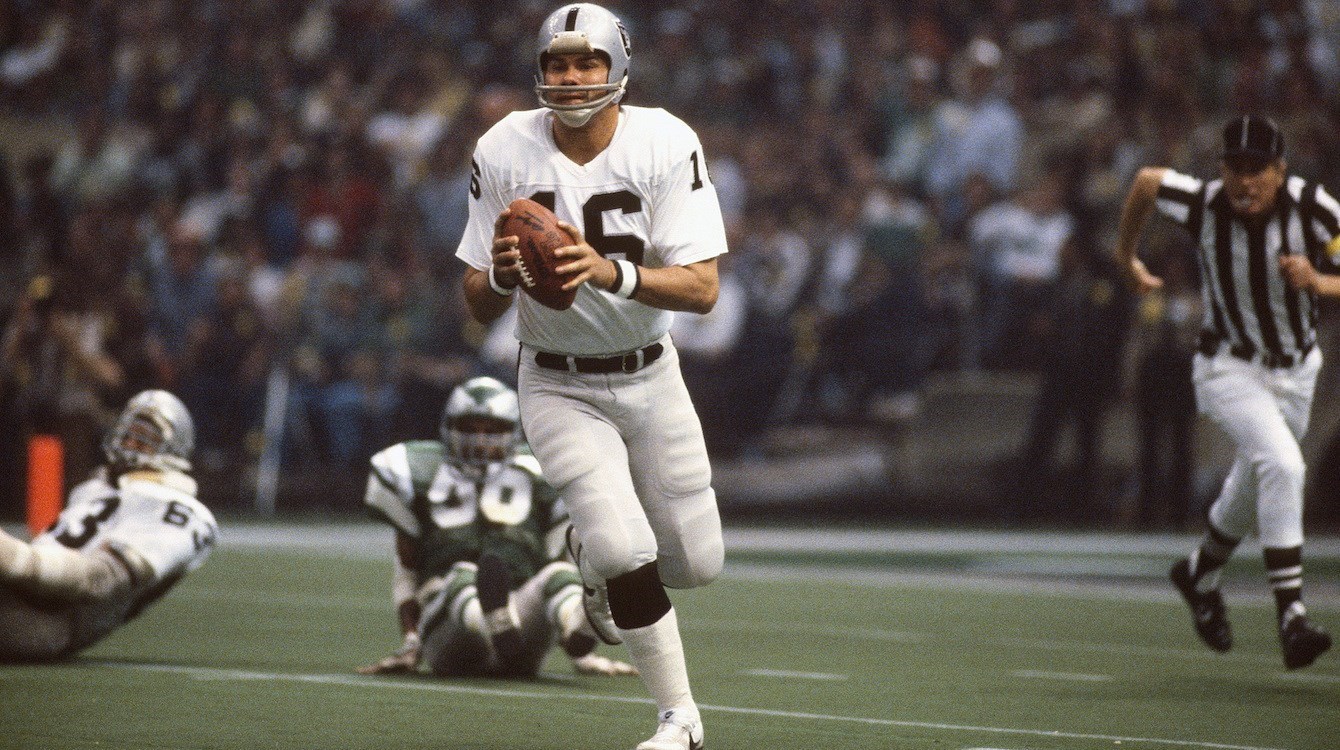 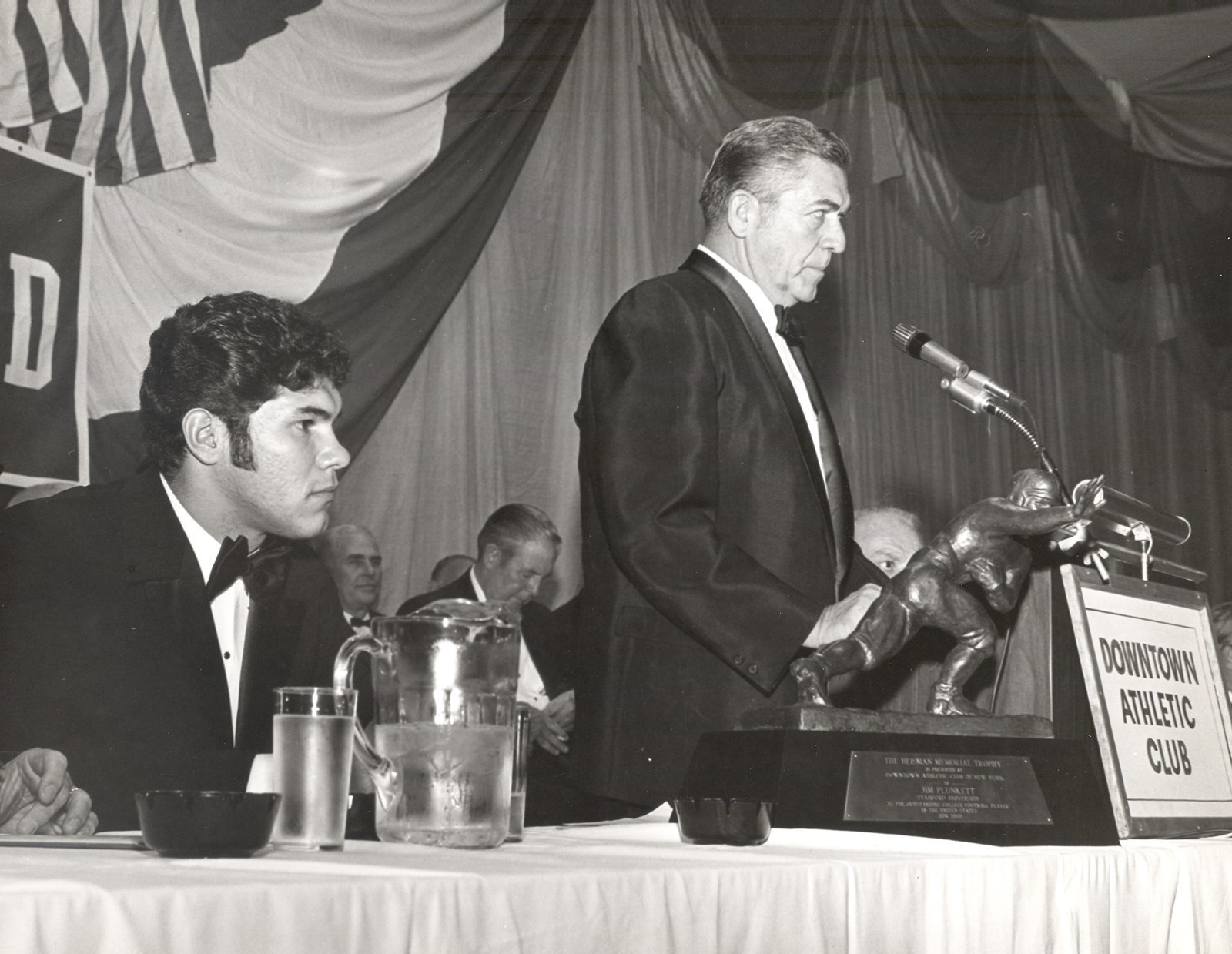