Detmer won BYU’s first Heisman by producing the most passing yards and total offense in the history of the award. He is the last Heisman winner to come from a school that does not play in a major FBS conference.

Detmer was born in San Marcos, Texas, and attended Southwest High in San Antonio, where he earned letters in golf, football, basketball, baseball, and track. As a 1986 senior, Detmer won high school All-American honors in football and was the Texas Player of the Year. He also won all-state honors in baseball and all-district accolades in basketball.

He signed with BYU and, after redshirting the 1987 season, showed early flashes of greatness in 1988 by coming off the bench to lead the Cougars to a 20-17 win over Colorado in the Freedom Bowl.

His epic junior year included a 28-21 victory over top-ranked Miami early in the season in Provo, one of the biggest wins in BYU history. During the nationally televised victory over the Hurricanes, Detmer threw for 406 yards and earned national Player-of-the-Week honors. The win was, without a doubt, a huge factor in him winning the Heisman later in the year.

Detmer returned for his senior season in 1991, passing for 4,031 yards and 35 scores while finishing third in the Heisman vote behind Desmond Howard.

By the end of his collegiate career, Detmer had broken 59 NCAA records and tied three others. He finished his career with a then-NCAA-record 15,031 yards passing. He also had 14,665 career yards in total offense, another NCAA best at the time. The Cougars were invited to four bowl games and compiled a record of 37-13-2 during the Detmer years.

After finishing his record-setting career at BYU and earning a bachelor’s degree in recreation administration, Detmer was drafted in the 9th round of the 1992 draft by the Green Bay Packers and had a pretty decent journeyman career, playing for the Packers, Philadelphia Eagles, Cleveland Browns and the Atlanta Falcons. 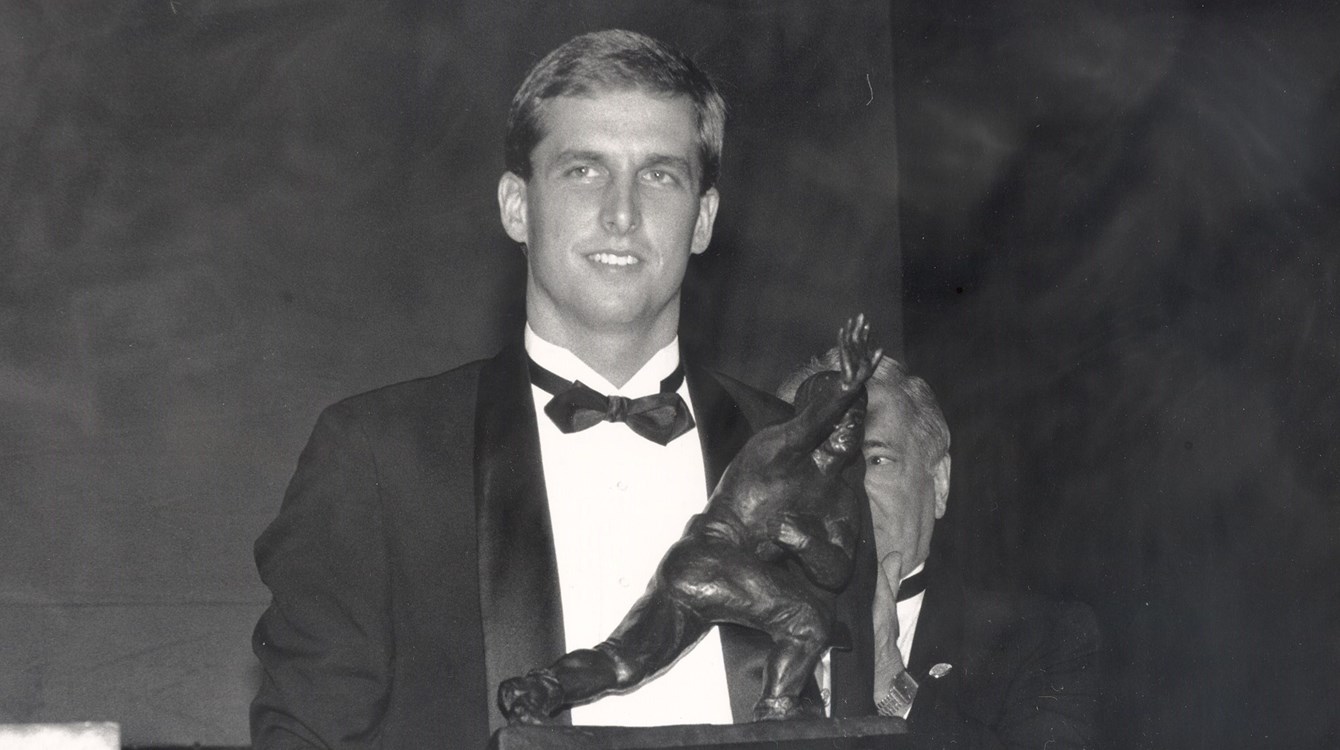 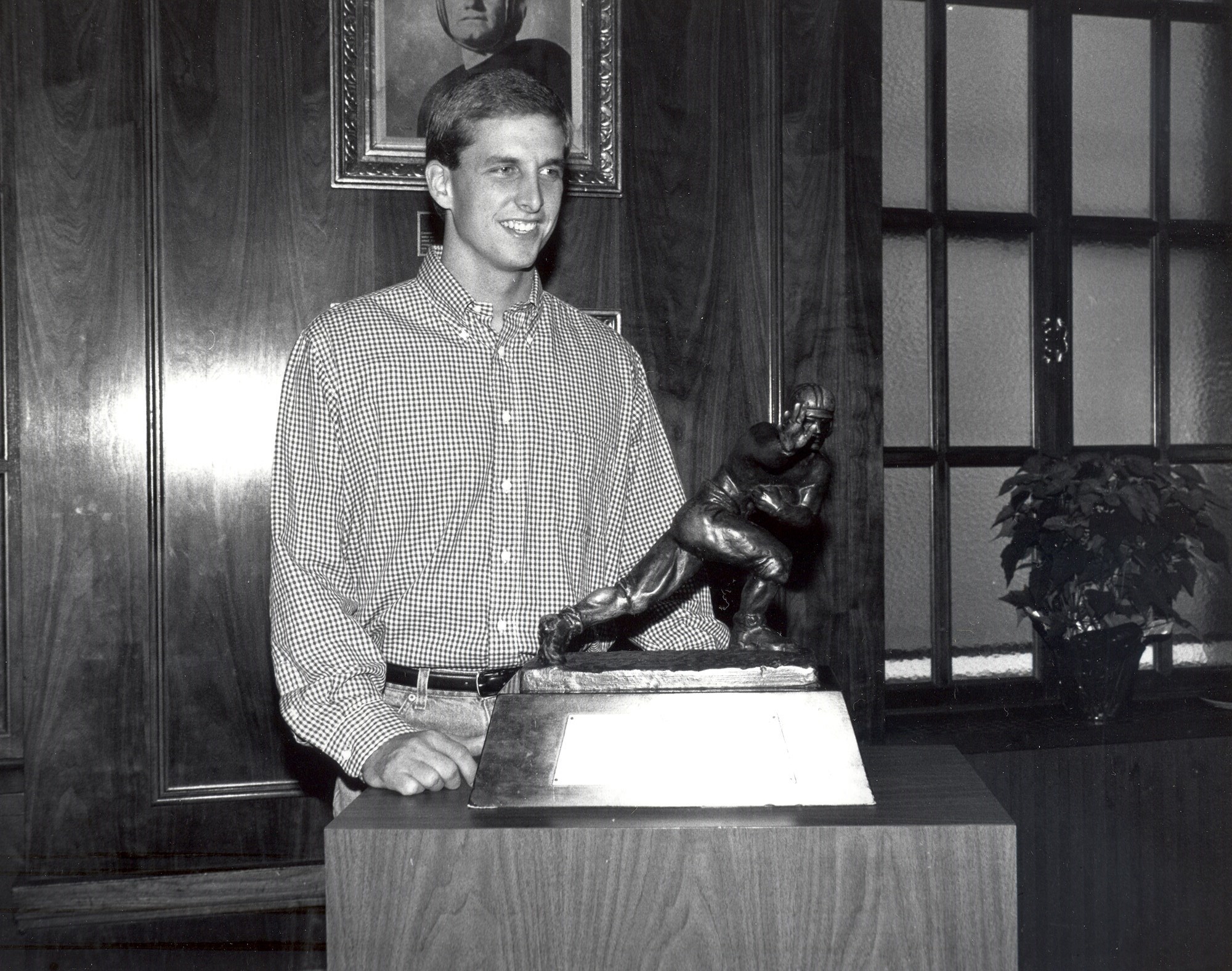 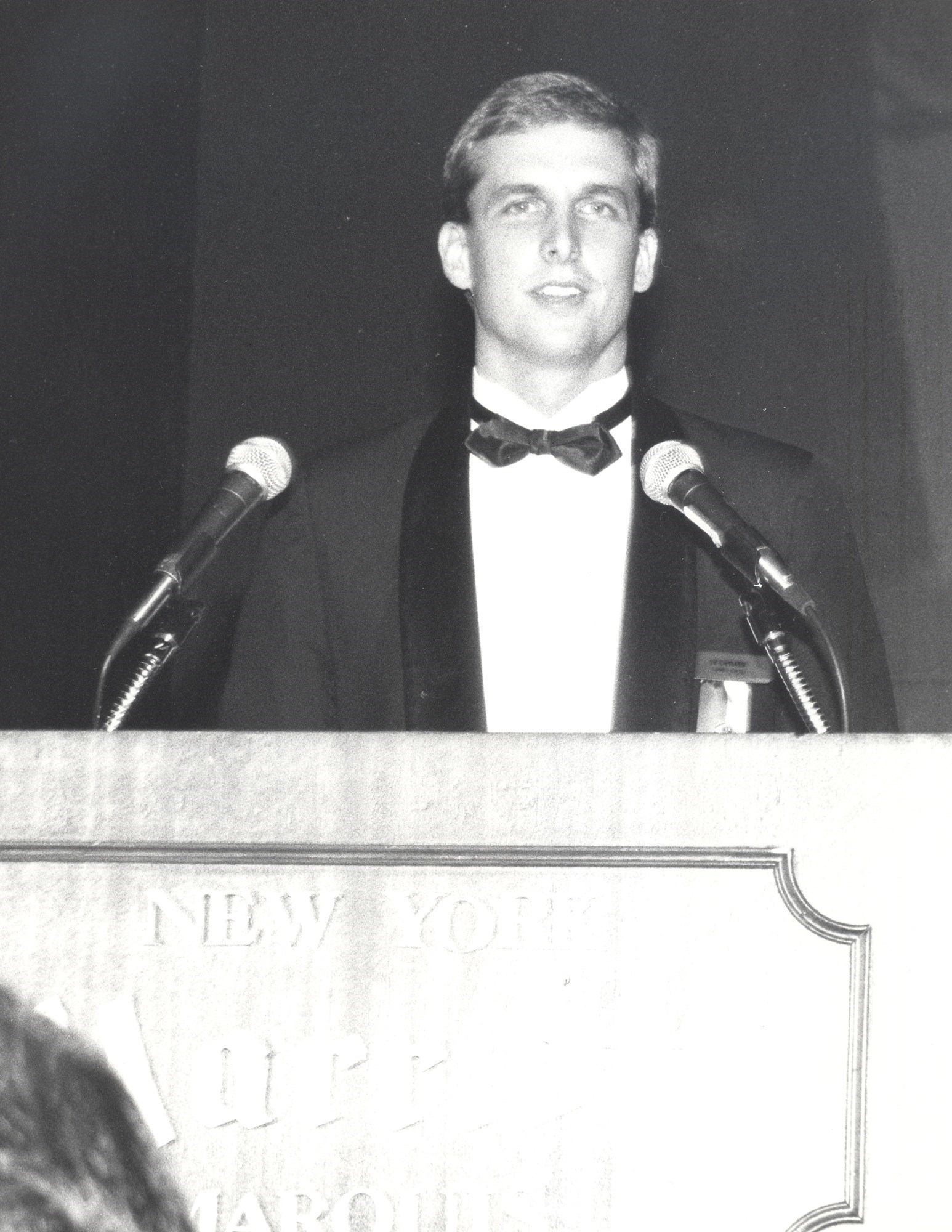