Howard won Michigan’s second Heisman — and first since 1940 — on the strength of a spectacular all-around game. He is the third wide receiver to win the Heisman, joining Johnny Rodgers and Tim Brown.

Howard was born in Cleveland, Ohio and earned All-American and All-Ohio honors as a tailback during his 1987 senior season at St. Joseph High School, scoring 18 touchdowns while snagging 10 interceptions on defense. He earned three varsity letters each in track and football, as well as one in basketball.

He chose to attend Michigan as a running back, but struggled early in his career. Three days into his first camp in Ann Arbor, it was decided to try him at wide receiver. The transition was not a smooth one and Howard redshirted his freshman year in 1988 and had just nine catches in 1989. He broke out as a sophomore, however, with 63 catches for 1,025 yards and 11 touchdowns. He also showed his versatility, running for 58 yards and averaging 29.6 yards on kickoffs, with a touchdown return.

Howard was sublime as a 1991 junior as he helped Michigan to a 10-1 regular season record, a Big Ten title and a No. 4 ranking. His acrobatic catches and explosive returns made him one of the most electrifying players ever to play the college game. He became the first receiver in Big Ten history to lead the conference in scoring (138 points) as he set or tied five NCAA records and 12 single-season Michigan records. He caught 61 passes for 960 yards and 19 scores, rushed 12 times for 165 yards and two TDs, averaged 15.3 yards (with a TD) on punt returns and 31 yards on kick returns (with a TD). The All-American won the Heisman by the second largest margin of victory in the trophy’s history. He was also awarded the Walter Camp Trophy and the Maxwell Award that year before graduating from the University of Michigan with a Bachelors degree in Mass Communications.

Howard was the fourth consecutive junior to win the Heisman and he decided to skip his senior year and make himself available for the 1992 NFL draft. The Washington Redskins drafted him in the first round, fourth overall. While he never caught on as a receiver, he turned himself into one of the greatest kick returners in NFL history and won a Super Bowl MVP with the Packers.

He has since made a name for himself as a college football analyst for ESPN. 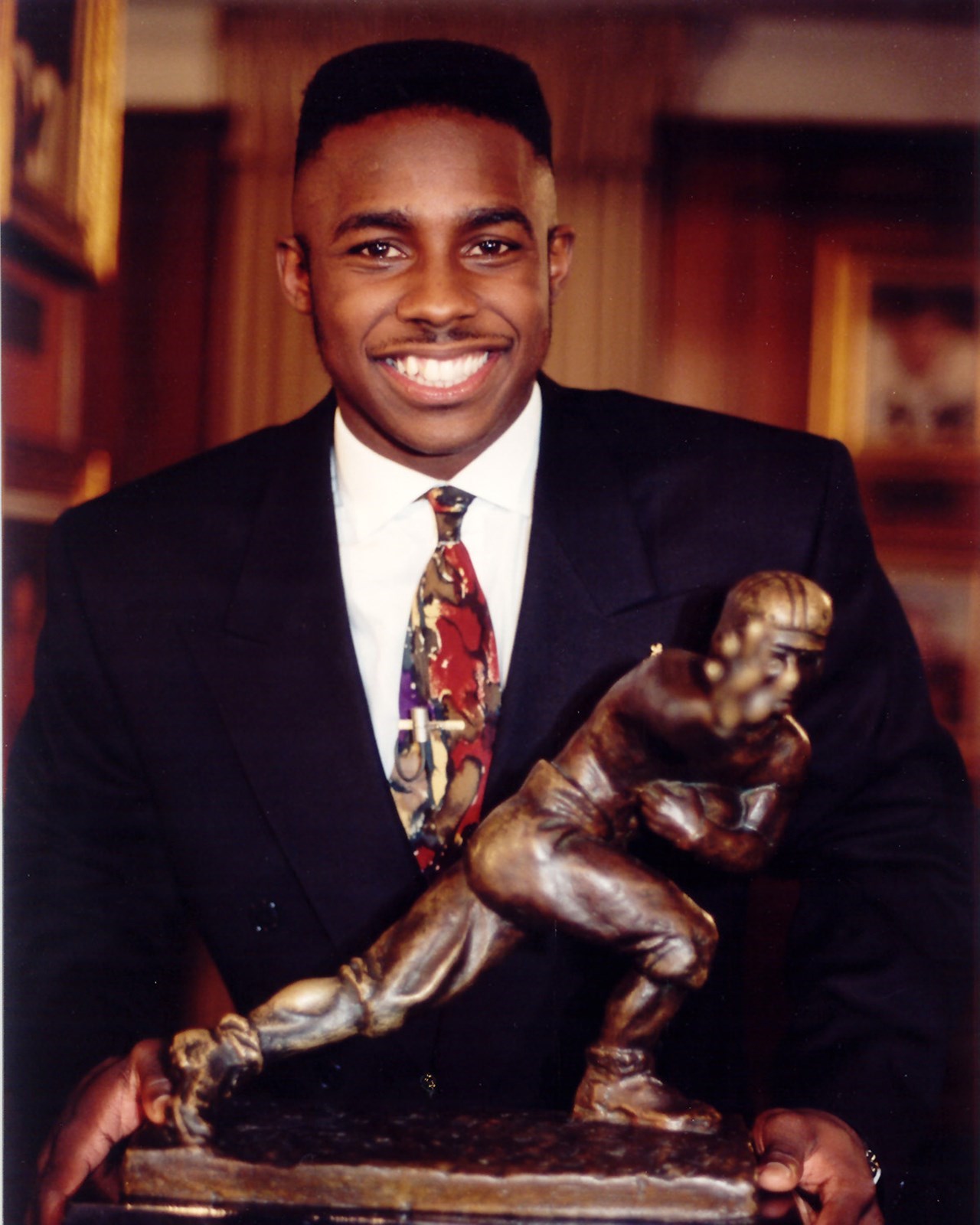