Born in Rensselaer, Indiana, Harmon was an outstanding athlete at Horace Mann High. In addition to 14 varsity letters, he was twice named all-state quarterback, captain of the basketball team, and as a senior, won the 100 yard dash and the 200 yard low hurdles at the state finals.

One of the great single-wing tailbacks, Old Ninety-Eight scored 33 touchdowns, kicked two field goals, kicked 33 points after touchdowns for 237 points, and threw 16 touchdown passes. He gained 3,438 yards rushing and passing, and played almost every minute of his three-year career. He also was a member of the varsity basketball team for two years.

A solid 193 pounds, Tom was a power runner noted for his cutbacks through tackles — often seen on the field with his jersey ripped by tacklers unable to hold on to him. He was probably the finest ball carrier in the country in his time.

In his final football game, against Ohio State, Harmon led the Wolverines to a 40–0 victory, scoring three rushing touchdowns, two passing touchdowns, four extra points, intercepting three passes, and punting three times for an average of 50 yards. In an unprecedented display of sportsmanship and appreciation, the Buckeye fans in Columbus gave Harmon a standing ovation at game’s end. No other Wolverine player has been so honored, before or since.

He led the nation in scoring in both 1939 and 1940 (a feat that remains unmatched) and was named All-American each year. His career points per game average of 9.9 stood as an NCAA record for ten seasons. In 1940, he won the Heisman and the Maxwell Award and was selected as the first pick in the NFL draft in 1941.

After a four-year stint as a pilot during World War II (for which he earned a Silver Star and the Purple Heart), he married actress Elyse Knox and played for the Los Angeles Rams in 1947 and 1948.

Harmon’s subsequent career in broadcasting proved as successful if not more than his time spent on the field. In 1949, after two posts as Sports Director of WJR in Detroit and commentator on KIEV in Glendale, he became Sports Director of the Columbia Pacific Network managing daily radio and television shows. Harmon reported live on major sporting events from the Olympics to the Rose Bowl for CBS, ABC and NBC, to name just a fraction of his 10,000 broadcasts. Until his passing on March 15, 1990, Harmon was broadcasting the Los Angeles Raiders football games.

Harmon was elected to the National Football Foundation and College Hall of Fame in 1954.

Game-by-game statistics for Tom Harmon’s 1940 season are unavailable at this time.

Here are his Heisman season totals for 1940: 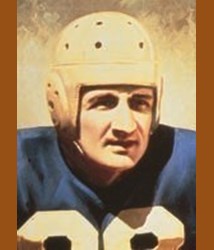 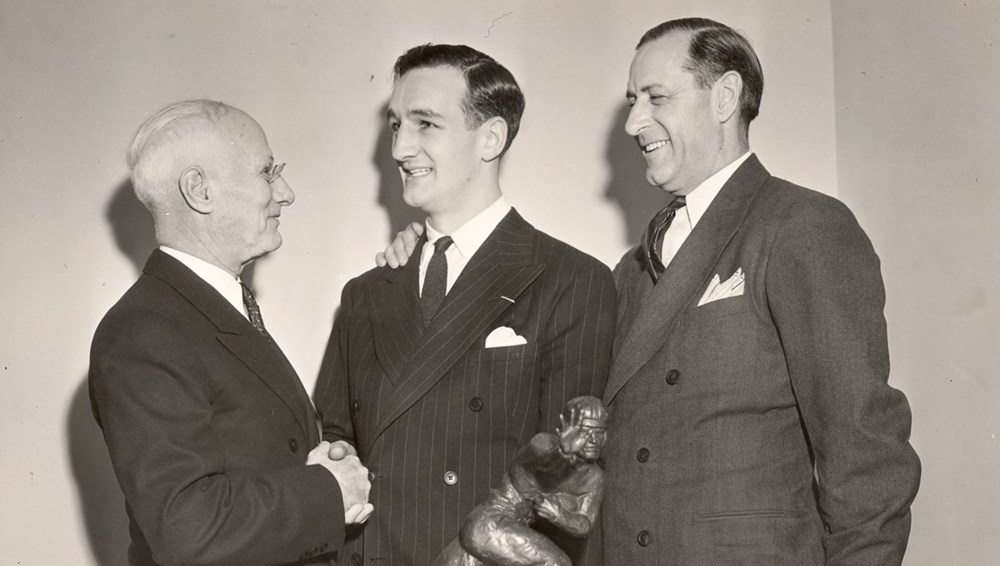 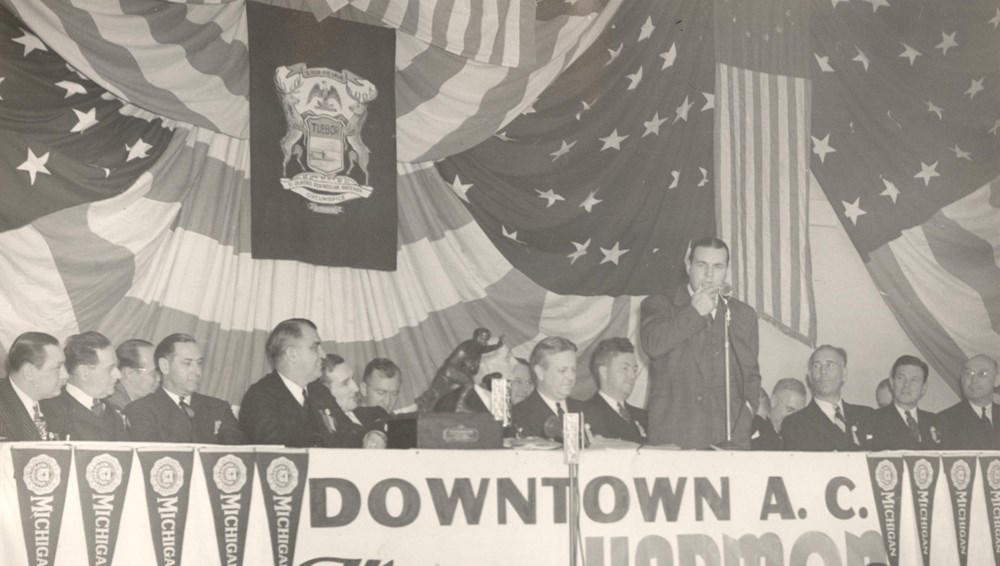 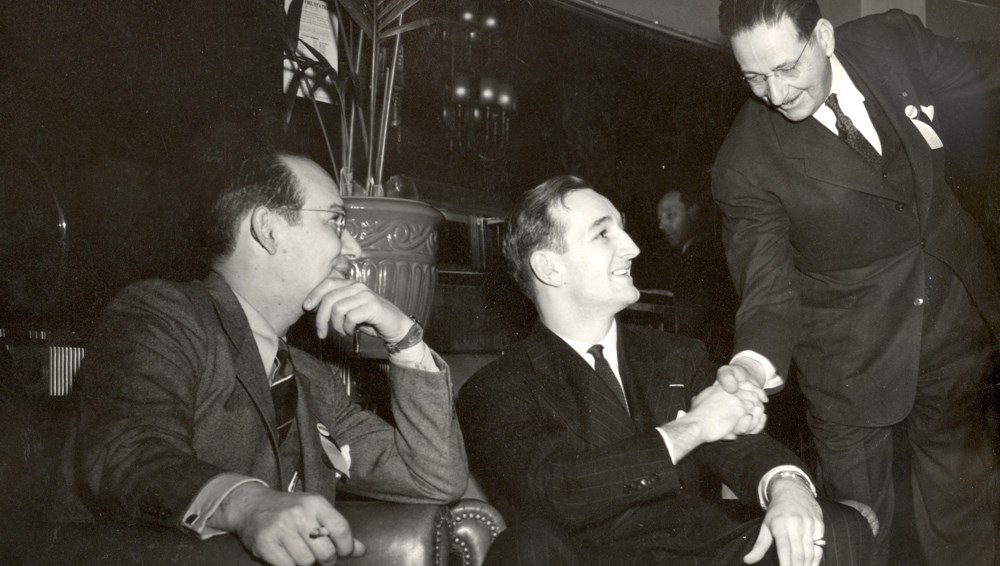 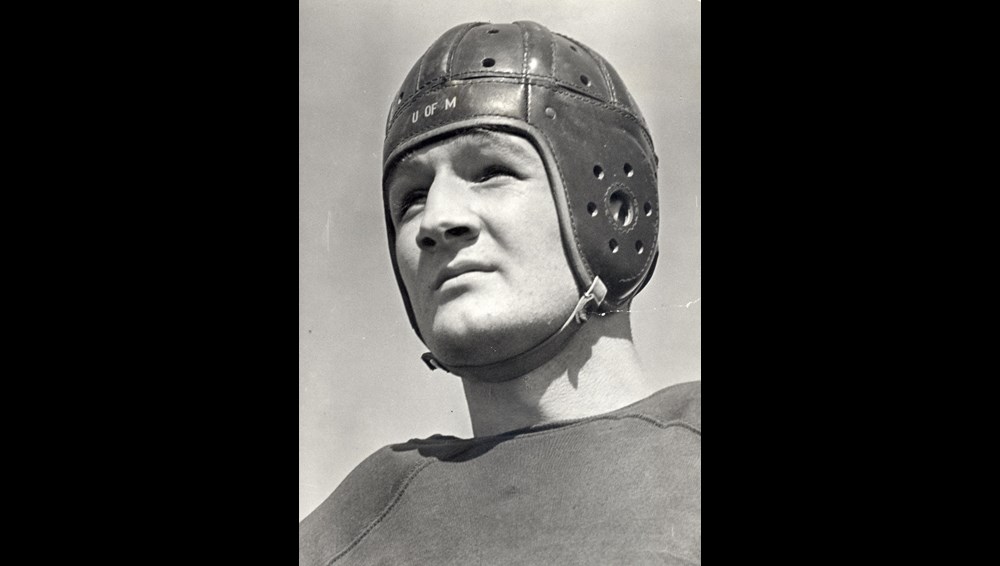