Born in Faribault, Minnesota, Smith excelled at Faribault High. He chose to attend Minnesota, where his father had starred back in 1911.

The marquis triple-threat tailback of his era, Smith epitomized the single-wing offense and could seemingly do it all. Although well over 200 pounds, he was one of the Big Ten Conference’s fastest men. In 1941, the team captain led the Gophers to their second consecutive undefeated season and national championship. For his efforts, Smith beat out Notre Dame’s Angelo Bertelli for the Heisman.

After graduating, the All-American halfback went on to garner MVP honors in the College All-Star game against the Chicago Bears that summer. That next year, before going off to fight in WWII, Smith first went to Hollywood, where he starred in the movie “Smith of Minnesota,” about a small-town family whose son becomes and All-American halfback.

Smith went on to become a Navy fighter pilot, and also played service football for the Great Lake Navy team. He returned home in 1945, and signed on with the Green Bay Packers and later with the Los Angeles Rams . He played for four years in the NFL, mostly on defense, but injuries prevented him from performing up to his unbelievable collegiate standards.

In 1947, he nearly died when he suffered a ruptured kidney during a Chicago Bears game. With that, he retired at the young age of 29, and moved back to his native Faribault to raise his family.

Smith was inducted into the College Football Hall of Fame in 1972, and in 1977, he became the first Minnesota player to have his number (54) retired.

Smith was diagnosed with cancer in the spring of 1967 and succumbed to the disease on Aug. 28 of that year.

In 1972, Smith was inducted into the College Football Hall of Fame

Game-by-game statistics for Bruce Smith’s 1941 season are unavailable at this time.

Here are his Heisman season totals for 1941: 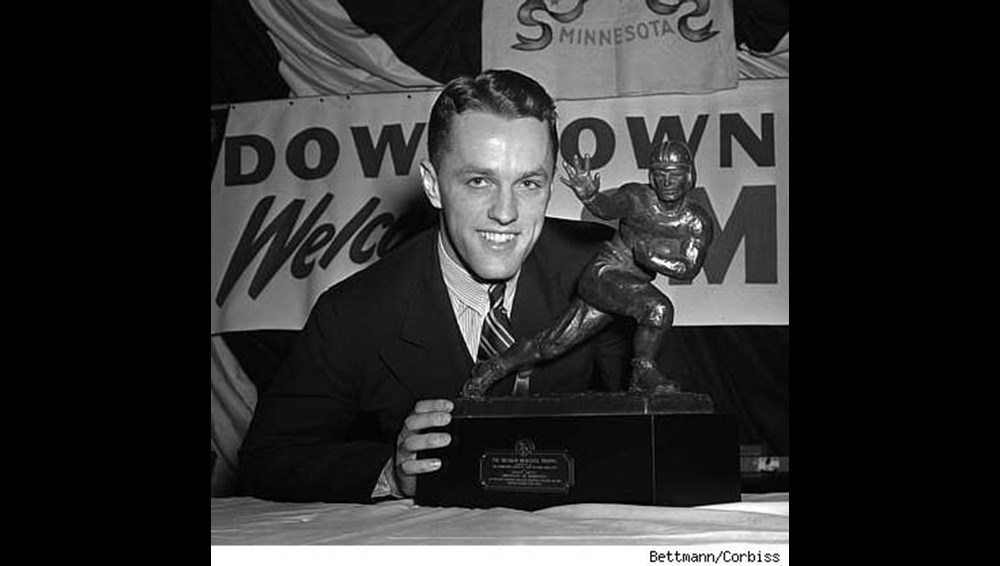 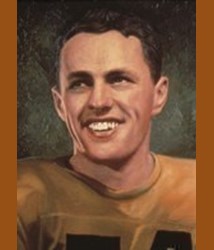 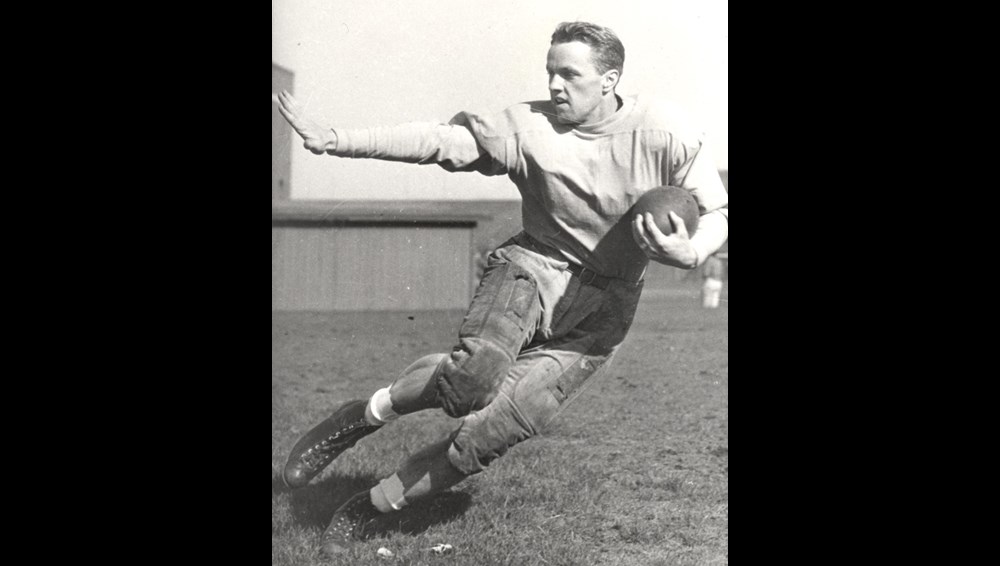 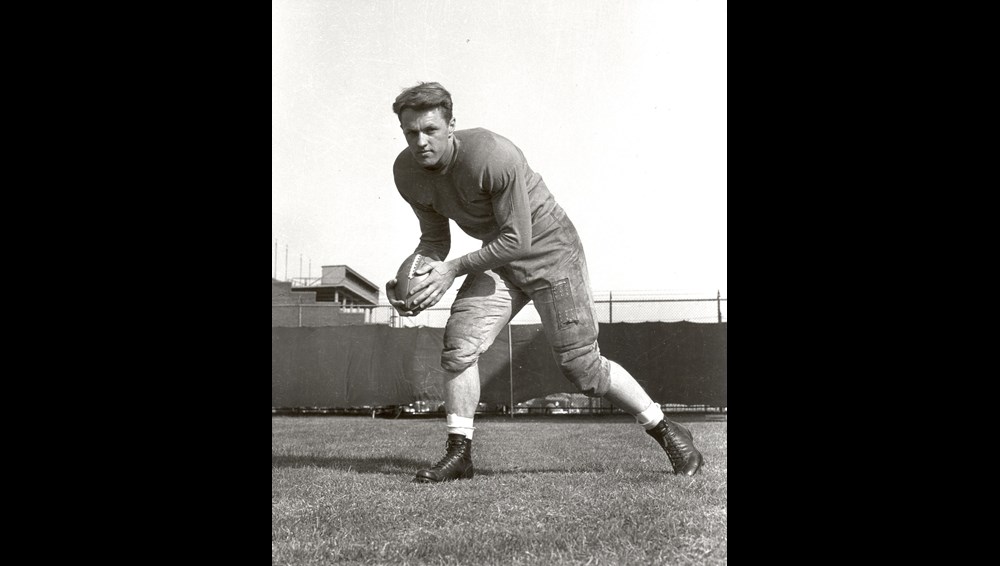 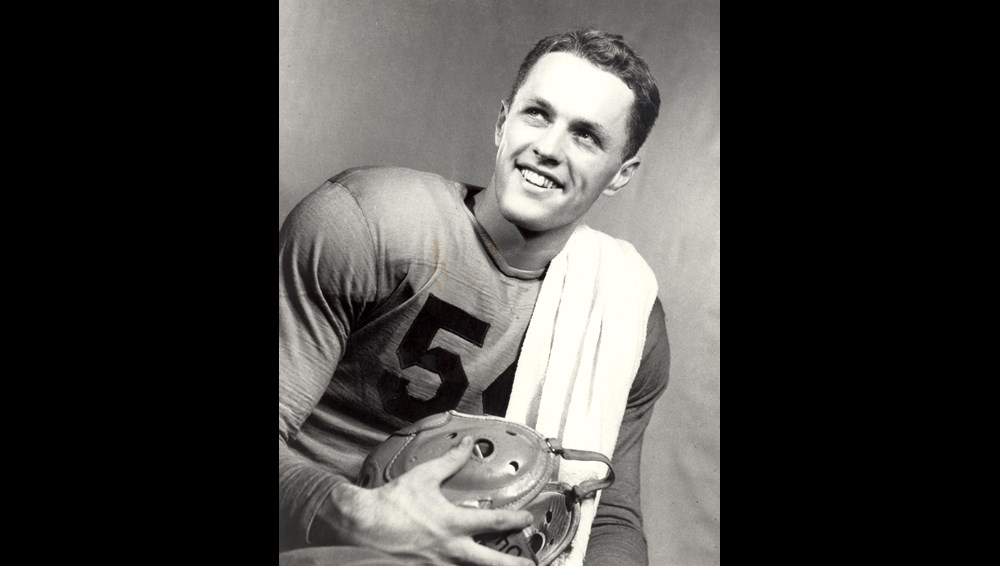