Ware won Houston’s first Heisman by virtue of one of the great passing seasons in NCAA history. He remains the only player to win a Heisman for a team on NCAA probation. He was also the first black quarterback to win the award.

Ware was born in Galveston, Texas, and attended nearby Dickinson High. Plenty of schools were willing to offer him a scholarship after his 1985 senior season, but not as a quarterback. Ware signed with Houston as a veer quarterback but was later ruled ineligible for his freshman season in 1986 so he attended Alvin Community College, working two jobs to help pay his tuition before joining the Cougars the following season.

His arrival at Houston in 1987 coincided with the arrival of the run and shoot offense of new Cougars head coach Jack Pardee. As it turns out, Ware was custom-made for the system. However, he broke his arm five games into the season and was lost the rest of the way.

Ware rebounded in 1988, earning the starting job and throwing for 2,507 yards and 25 touchdowns as the Cougars improved from 4-6-1 to 9-3. This excitement over this improvement was dampened a bit as Houston was placed on NCAA probation and banned from a bowl game for the 1989 season.

That didn’t stop Ware and the Cougars from producing one of the most explosive offenses in NCAA history. Ware threw for 4,699 yards and 46 touchdowns as Houston averaged 53.5 points per game. The list of accomplishments included a 95-21 drubbing of SMU, the most points ever scored by a team with a Heisman Trophy winner. All in all, Ware set 26 NCAA records as Houston finished 9-2 and ranked 14th nationally.

Despite the dominant season, Ware won the Heisman in a close vote over Indiana’s Anthony Thompson. Being on probation prevented Heisman voters from seeing Ware on television, which probably affected his support.

Ware declared for the NFL draft and was selected by Detroit with the seventh overall pick of the 1990 draft. He currently works as a college football color analyst.

(*) Invited, but did not attend ceremony.

(+) Neutral Site
(**) Ware is the only player to win the Heisman for a team serving on NCAA probation. 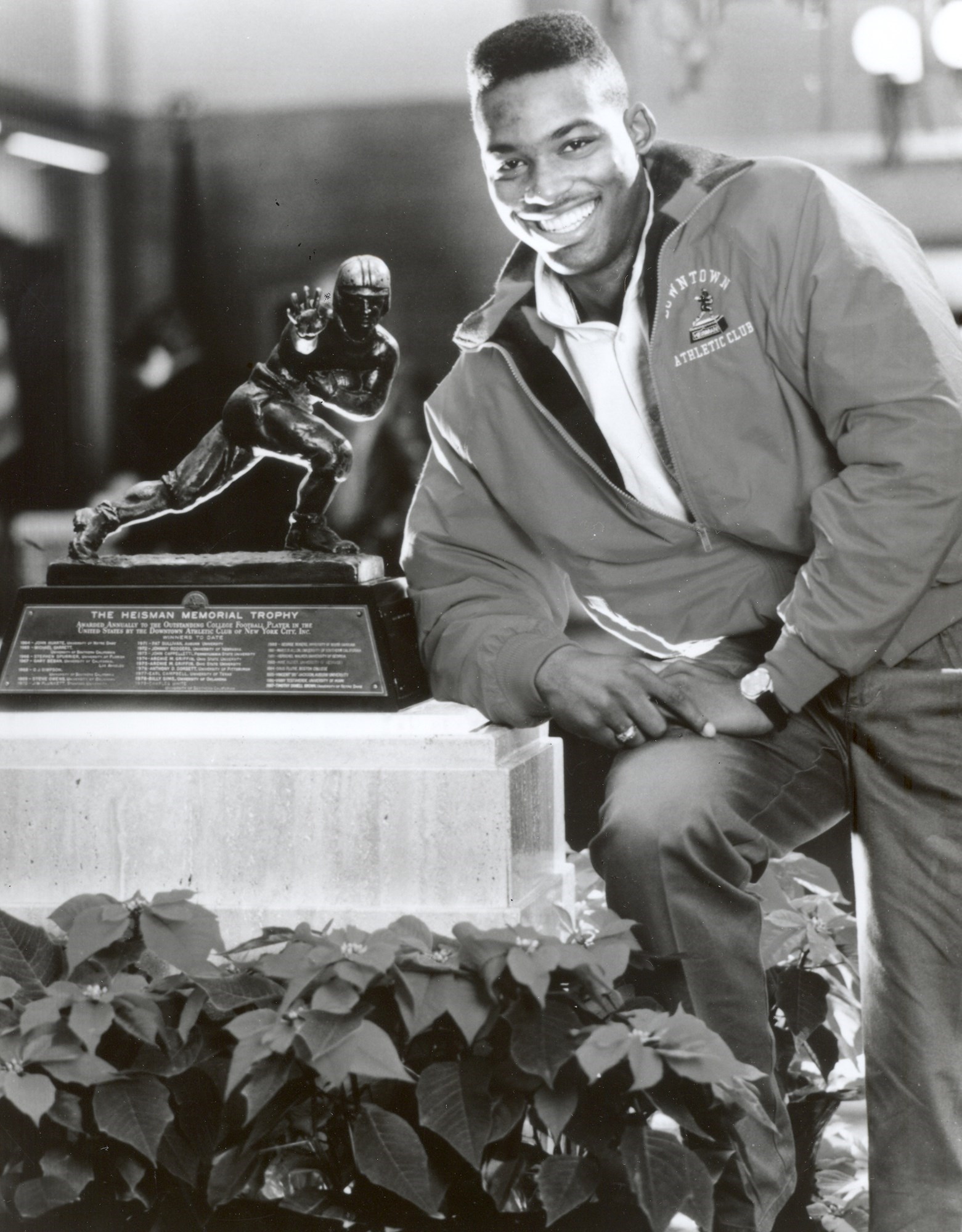 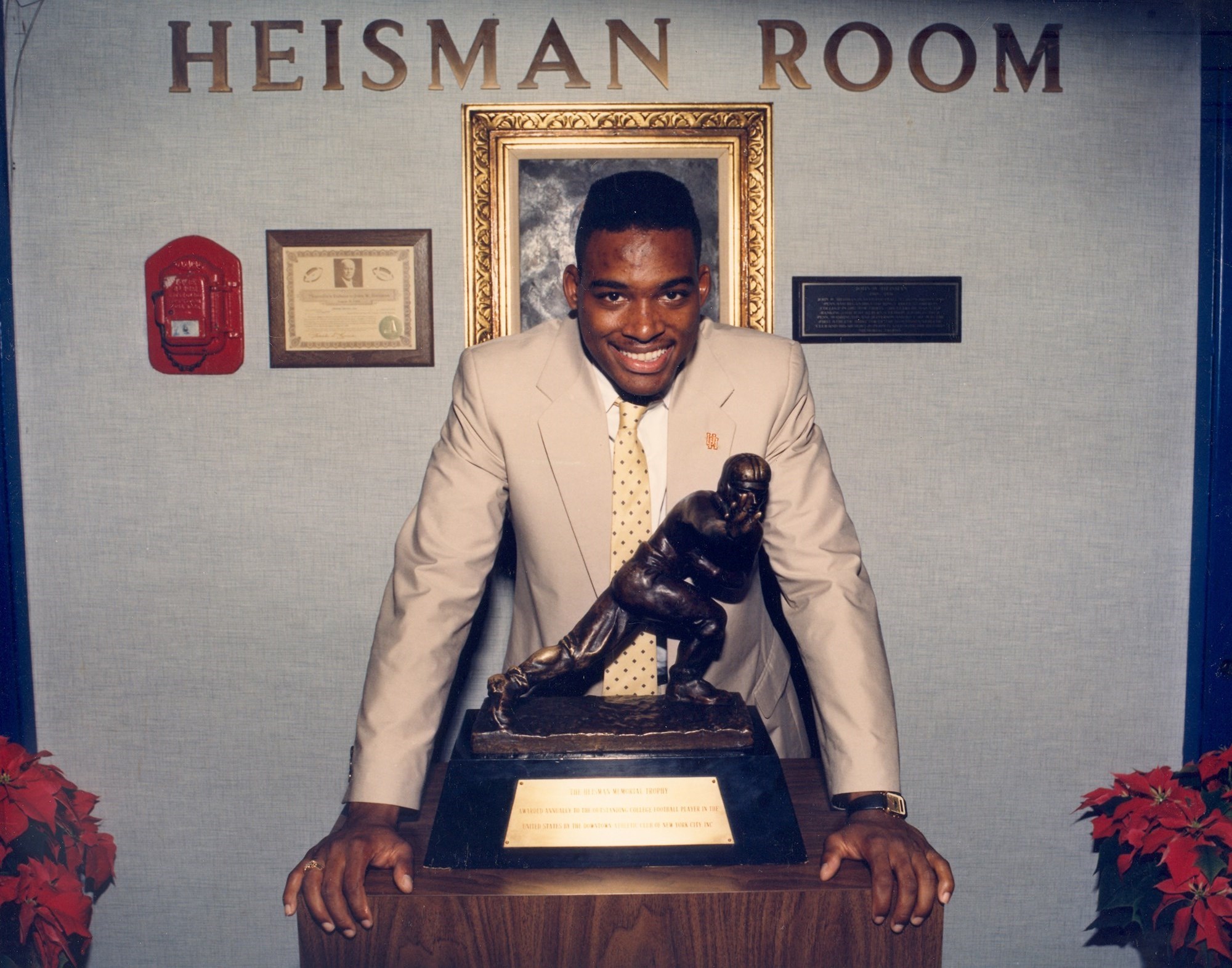 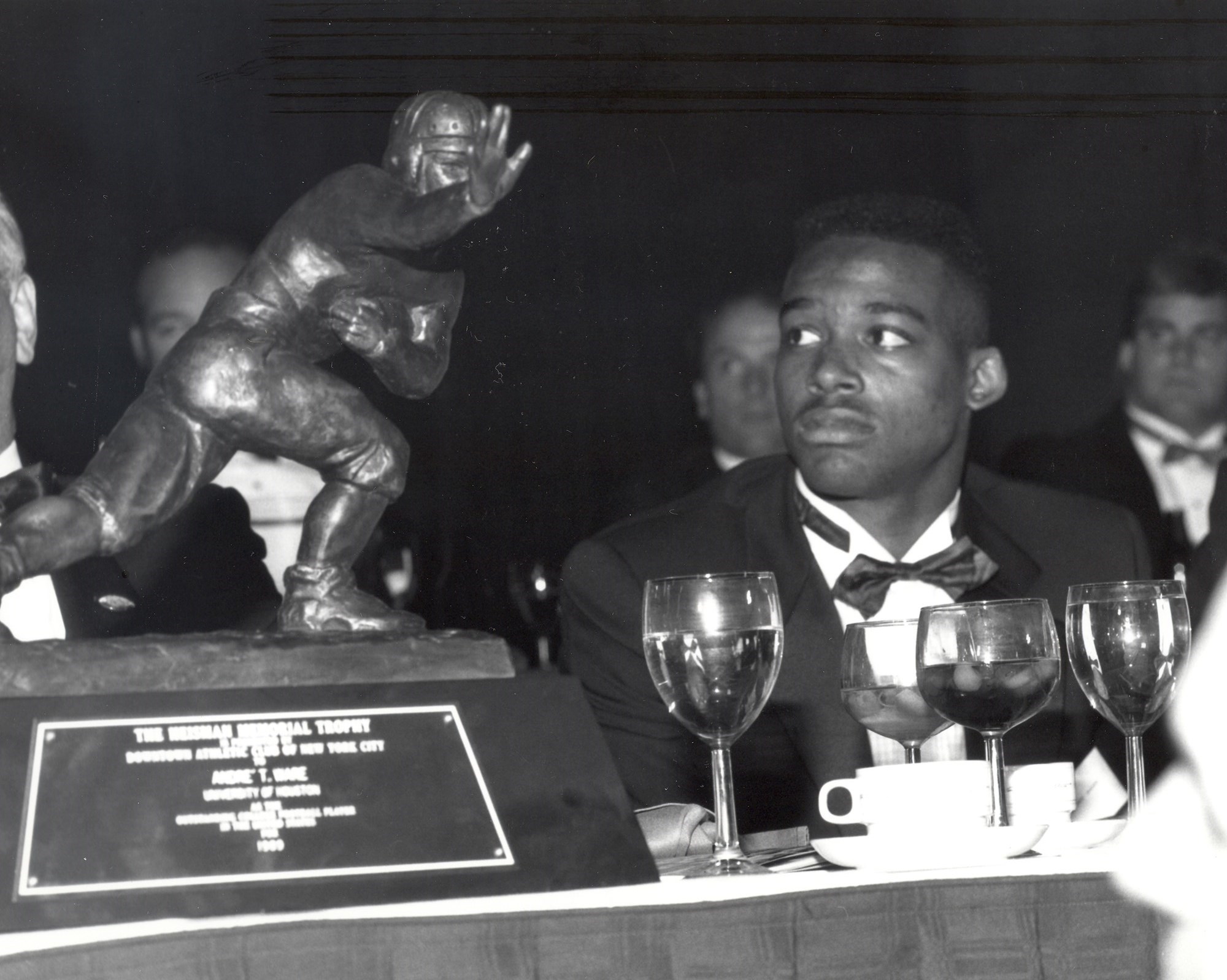