Lamar Jackson won Louisville’s first Heisman by producing one of the most statistically impressive seasons in Heisman history. He is the youngest player to win the Heisman, at just 19 years, 337 days — five days younger than the previous youngest winner, Jameis Winston.

The 6-3, 218-pounder accumulated 4,928 yards of total offense, second in Heisman history behind Ty Detmer’s 5,022 in 1990. His 51 touchdowns running and passing ties him with Tim Tebow for third on the all-time Heisman chart. He’s the first player to win the Heisman with at least 30 touchdown passes and at least 21 rushing touchdowns. His 1,538 rushing yards are the most-ever by a Heisman-winning quarterback.

The fourth sophomore to win the award, Jackson is also the eighth player from a team currently in the Atlantic Coast Conference to win. He led the Cardinals to a 9-3 record, a No. 15 national ranking and a berth in the Buffalo Wild Wings Citrus Bowl.

Born on Jan. 7, 1997, in Pompano Beach, Fla., Jackson starred as a dual-threat quarterback for Boynton Beach (Fla.) High in South Florida. As a 2014 senior, he was named to the 6A all-state first team as a utility player after throwing for 1,293 passing yards and 20 touchdowns with 1,039 rushing yards and 19 touchdowns. He committed to Louisville over Florida and Nebraska, among others.

Jackson earned the starting quarterback job for Louisville as a 2015 true freshman and performed admirably, passing for 1,840 yards and 12 touchdowns and rushing for 960 yards and 11 scores. He flashed signs of what was to come in a 27-21 victory over Texas A&M in the Music City Bowl, passing for 227 yards, rushing for 226 and totaling four touchdowns.

He exploded out of the gate as a 2016 sophomore, piling up yards and touchdowns at an unprecedented rate. Among the highlights: Eight touchdowns in the first half against Charlotte, 610 yards of total offense (411 passing, 199 rushing) against Syracuse and 5 total touchdowns in a 63-20 thrashing of Florida State.

By season’s end, Jackson’s yardage and touchdown totals were among the best in college football history. Accordingly, he won the Heisman comfortably, winning all six voting regions to beat out fellow ACC rival Deshaun Watson of Clemson, 2,144 points to 1,524. 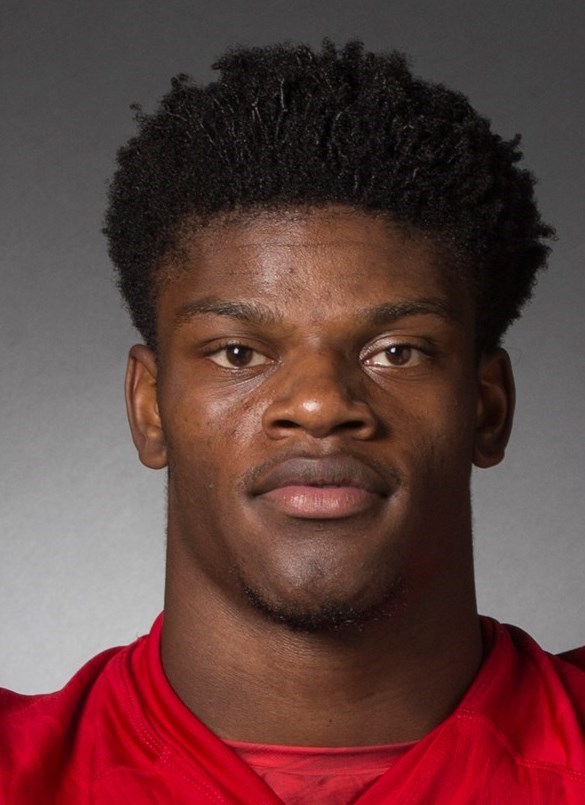 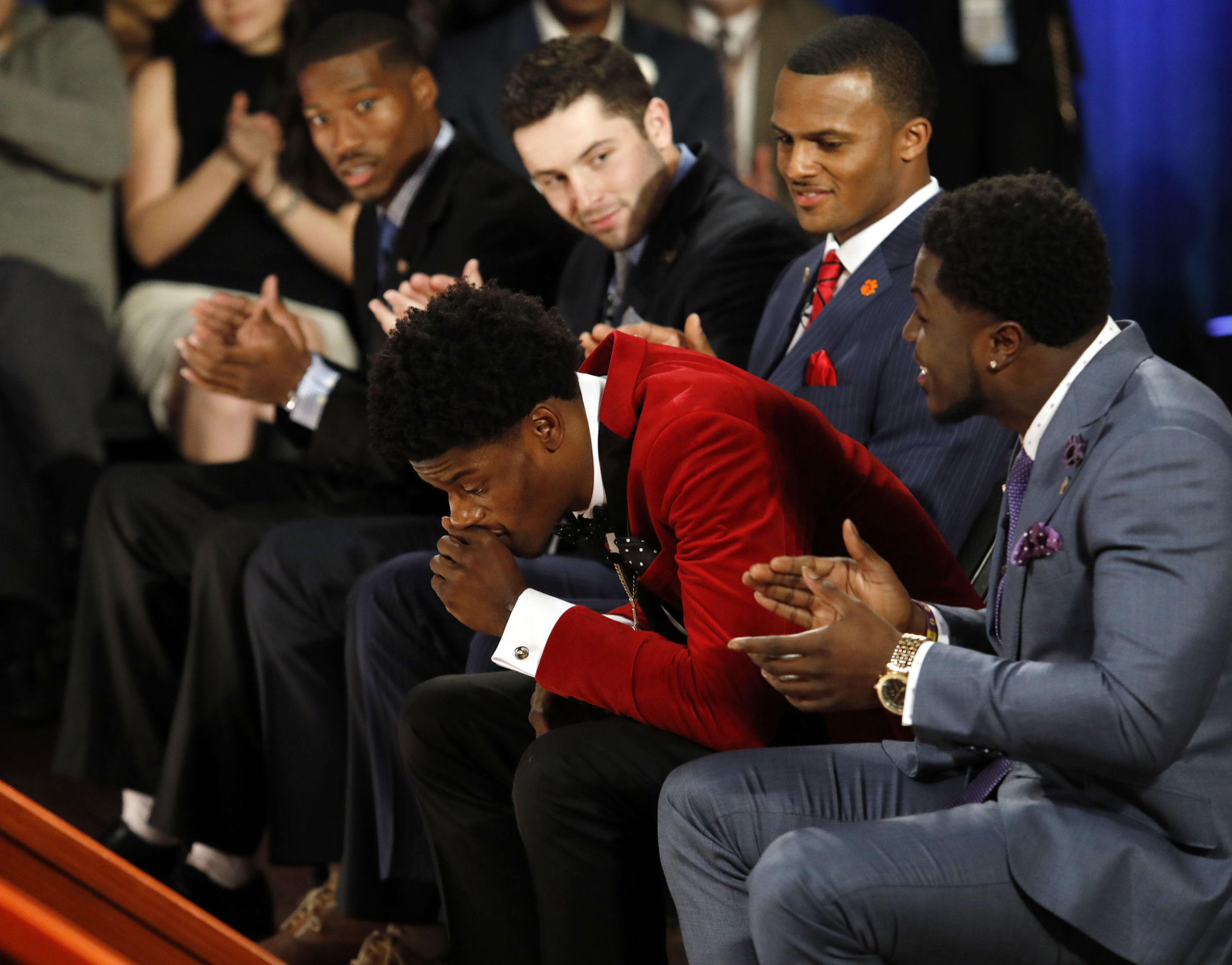 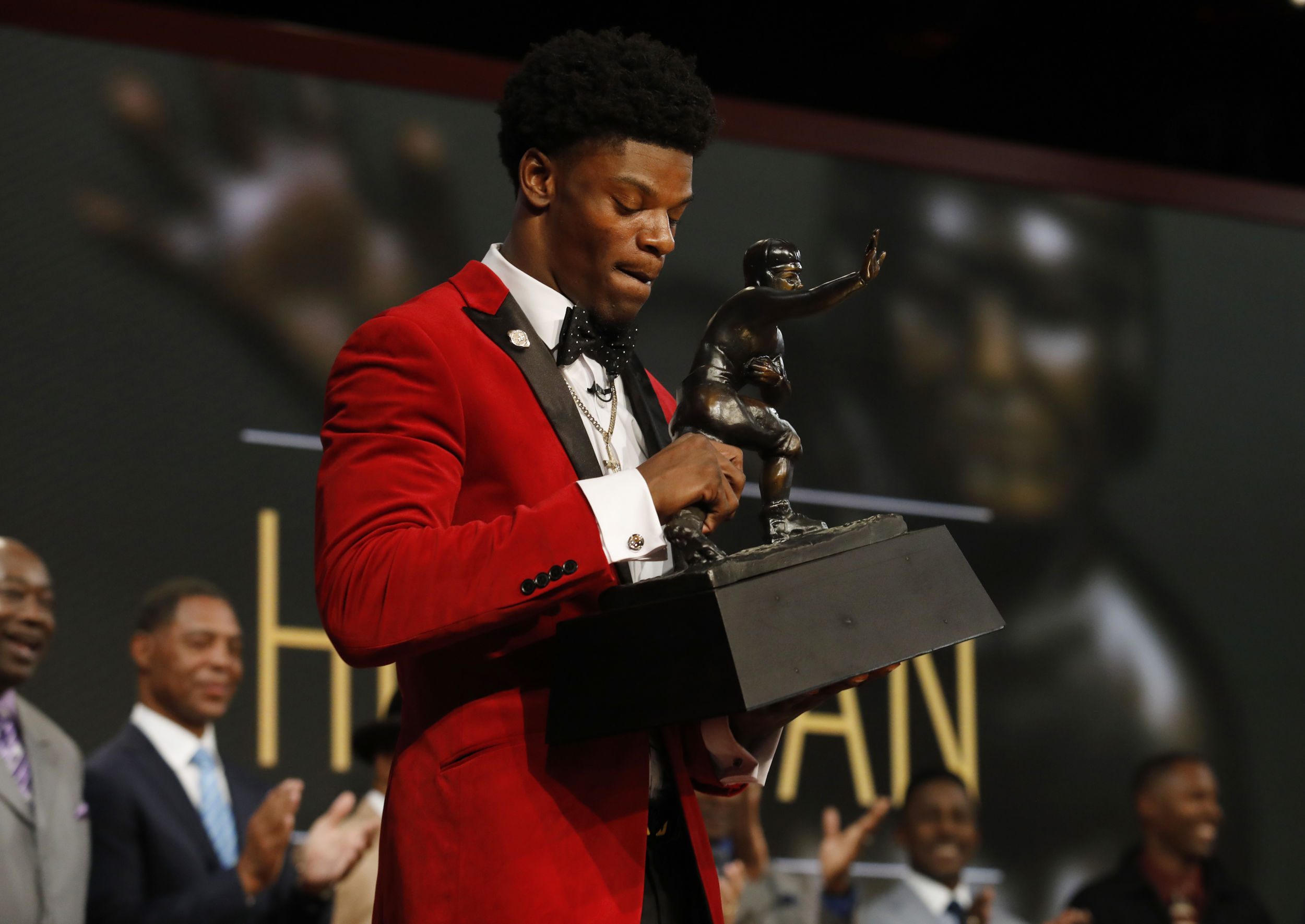 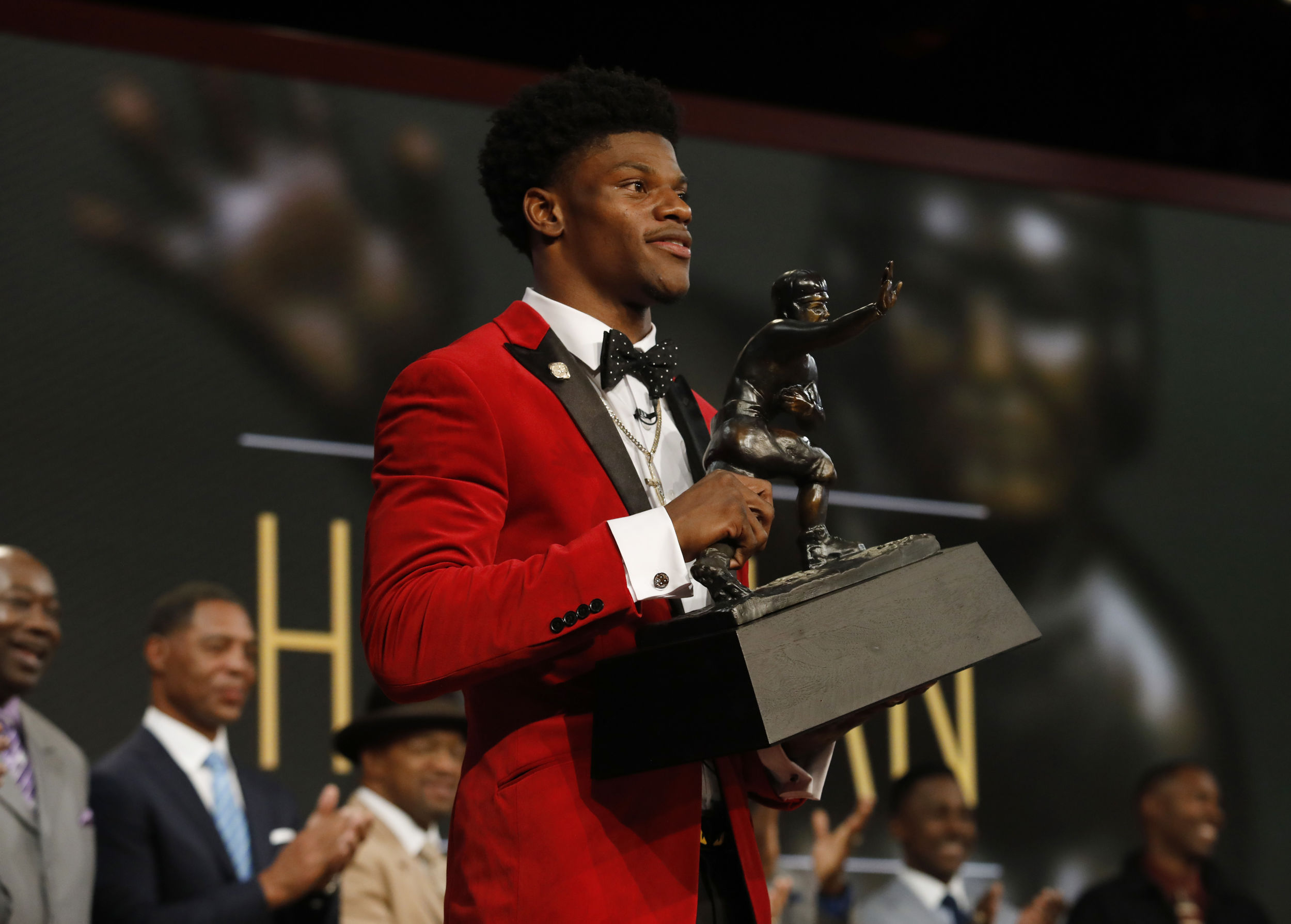 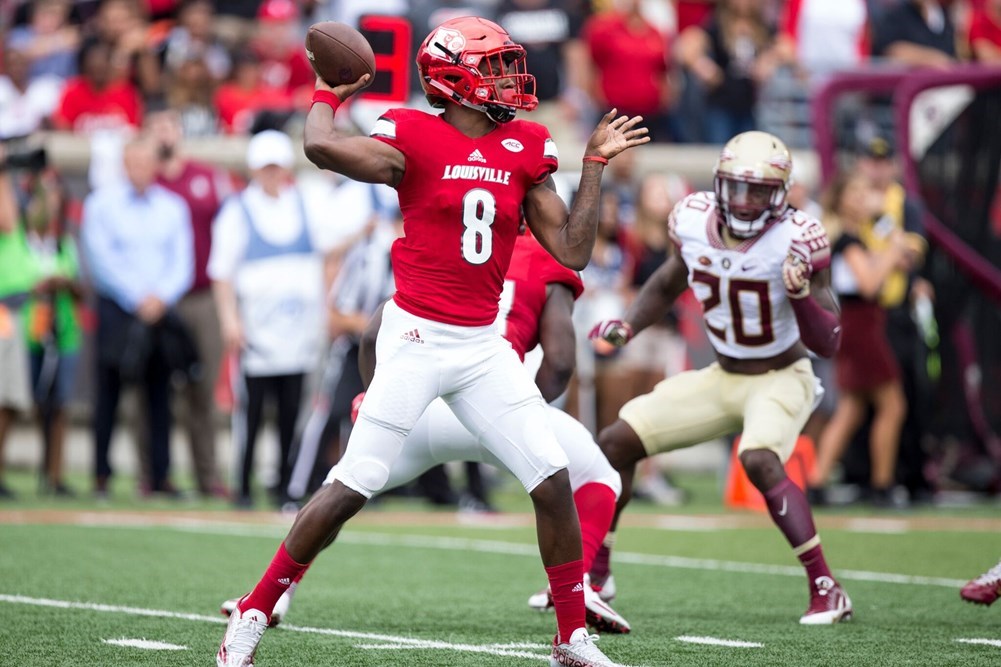 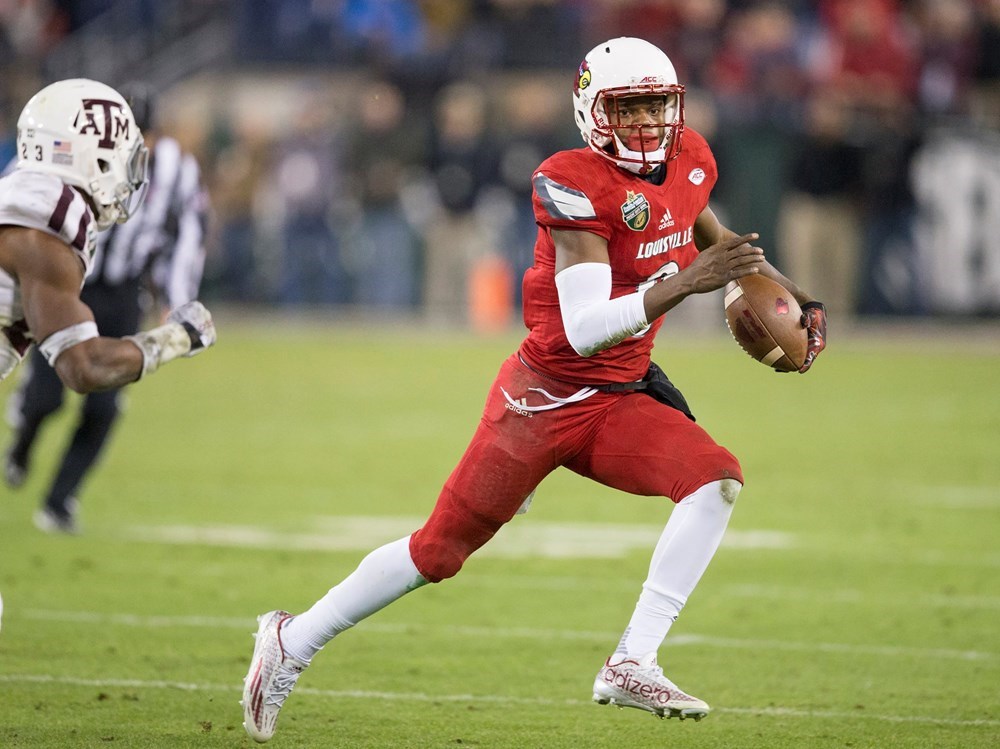 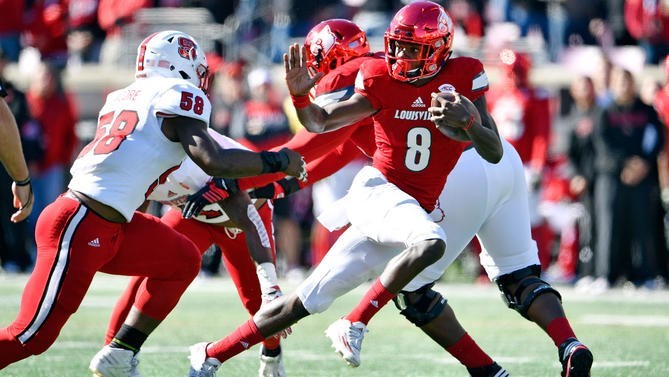 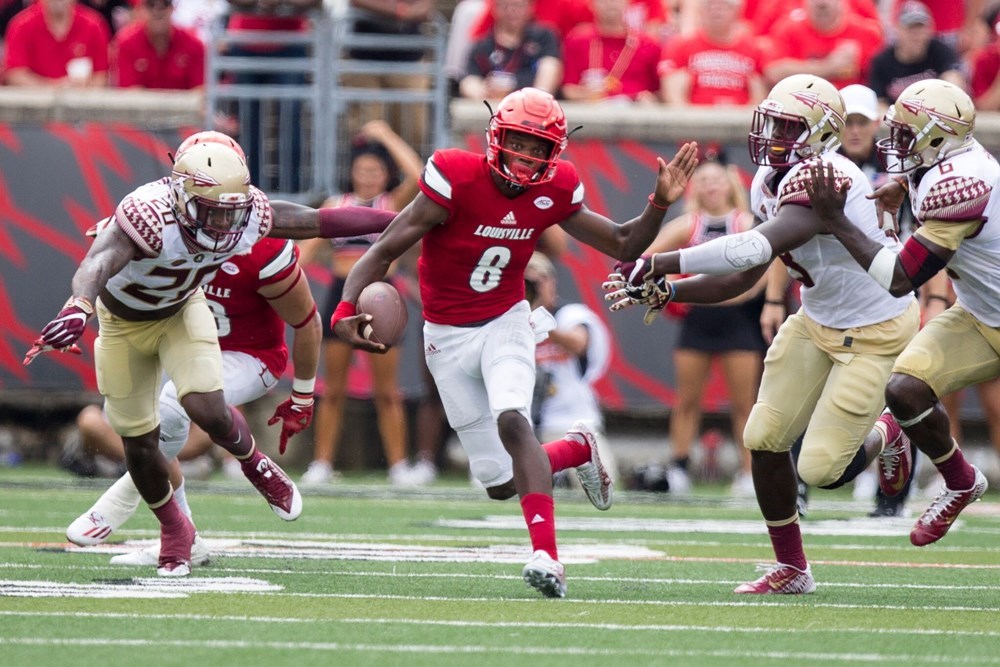