Baker Mayfield won Oklahoma’s sixth Heisman while producing the highest passing efficiency rating in FBS history. He is the first Heisman winner to begin his career as a walk-on athlete since the NCAA instituted athletic scholarships in the 1950s.

He is also one of seven players to log three top 5 Heisman finishes, joining Glenn Davis and Doc Blanchard of Army, Doak Walker of SMU, Archie Griffin of Ohio State, Herschel Walker of Georgia and Tim Tebow of Florida.

Mayfield was born on April 14, 1995, in Austin, Texas. He starred at Lake Travis High in Austin, leading his team to a 25-2 record as a starter while winning the 2011 4A State Championship. He finished his prep career with 6,255 passing yards and 67 touchdown passes.

The 6-foot-1, 220-pound dual-threat quarterback was passed over by almost every BCS school for a scholarship, so Mayfield chose to walk on at Texas Tech in 2013, where he immediately won the starting quarterback position. In his first start, he passed for 413 yards and four touchdowns. He finished his freshman season with 2,315 yards and 12 touchdown passes. Mayfield then chose to transfer to Oklahoma, where he sat out the 2014 season due to transfer rules.

Mayfield took over the starting job for the Sooners in 2015 and made an immediate impact, passing for 3,700 yards and 37 touchdowns while rushing for another 405 yards and seven scores on the ground. He finished fourth in that year’s Heisman race.

He came back in 2016 with another fine season, setting the NCAA record with a passer rating of 196.38, with 3,965 yards through the air and 40 touchdowns. He took his first trip to New York as a Heisman finalist, finishing third behind Lamar Jackson and DeShaun Watson.

Mayfield saved his best season for last, throwing for 4,340 yards with 41 touchdowns and just 5 interceptions while leading the Sooners to a 12-1 record and a berth in the College Football Playoff. He once again set the NCAA record for passing efficiency with a rating of 203.76. He won the Heisman easily over Bryce Love of Stanford, tallying 2,398 points to Love’s 1,300. He joined Billy Vessels (’52), Steve Owens (’69), Billy Sims (’78), Jason White (’03) and Sam Bradford (’08) as Sooner Heisman winners.

He is the first senior to win the award since Troy Smith in 2006 and the first player to win the Heisman after transferring directly from another FBS program since Doc Blanchard did so in 1945. 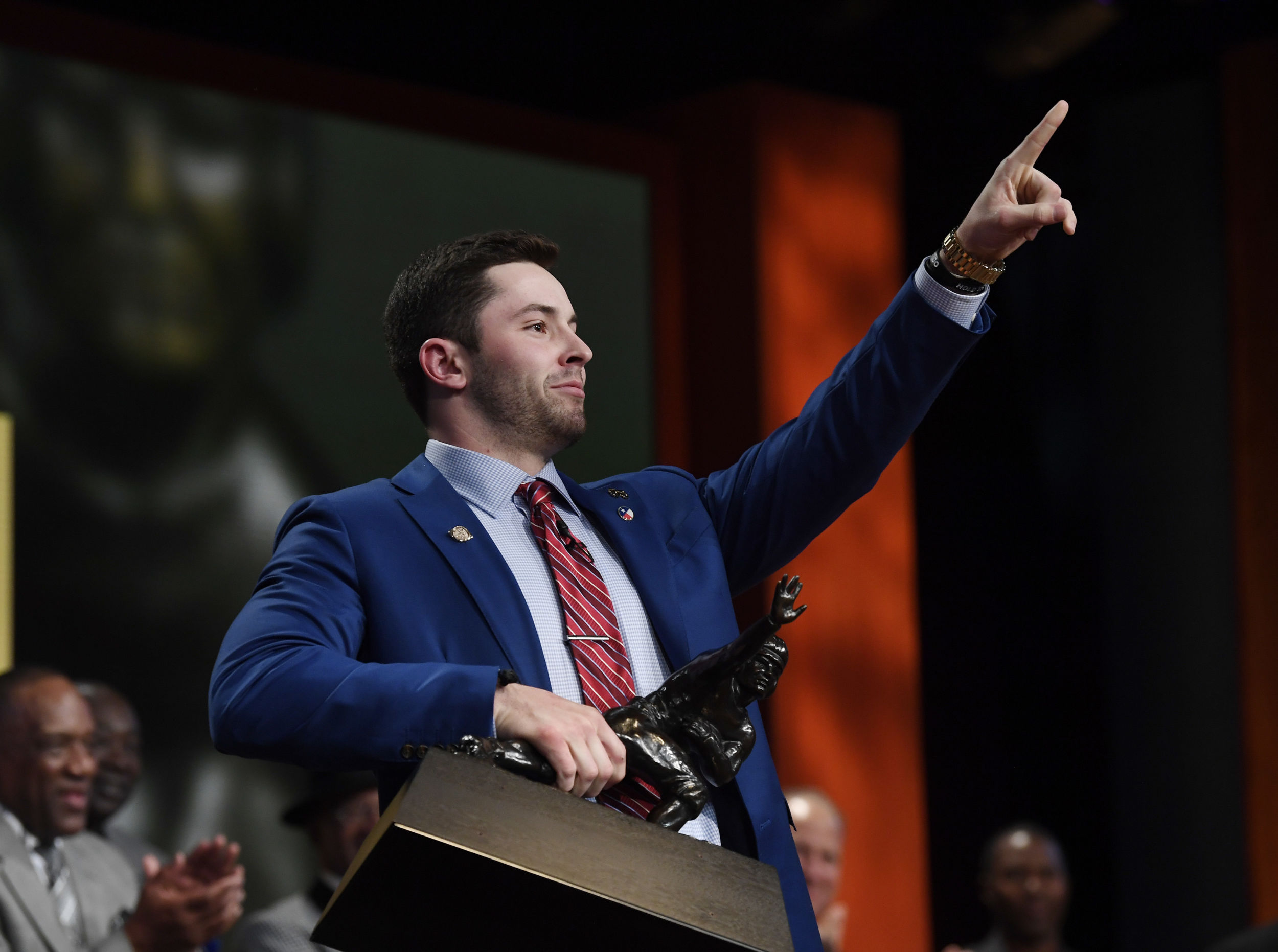 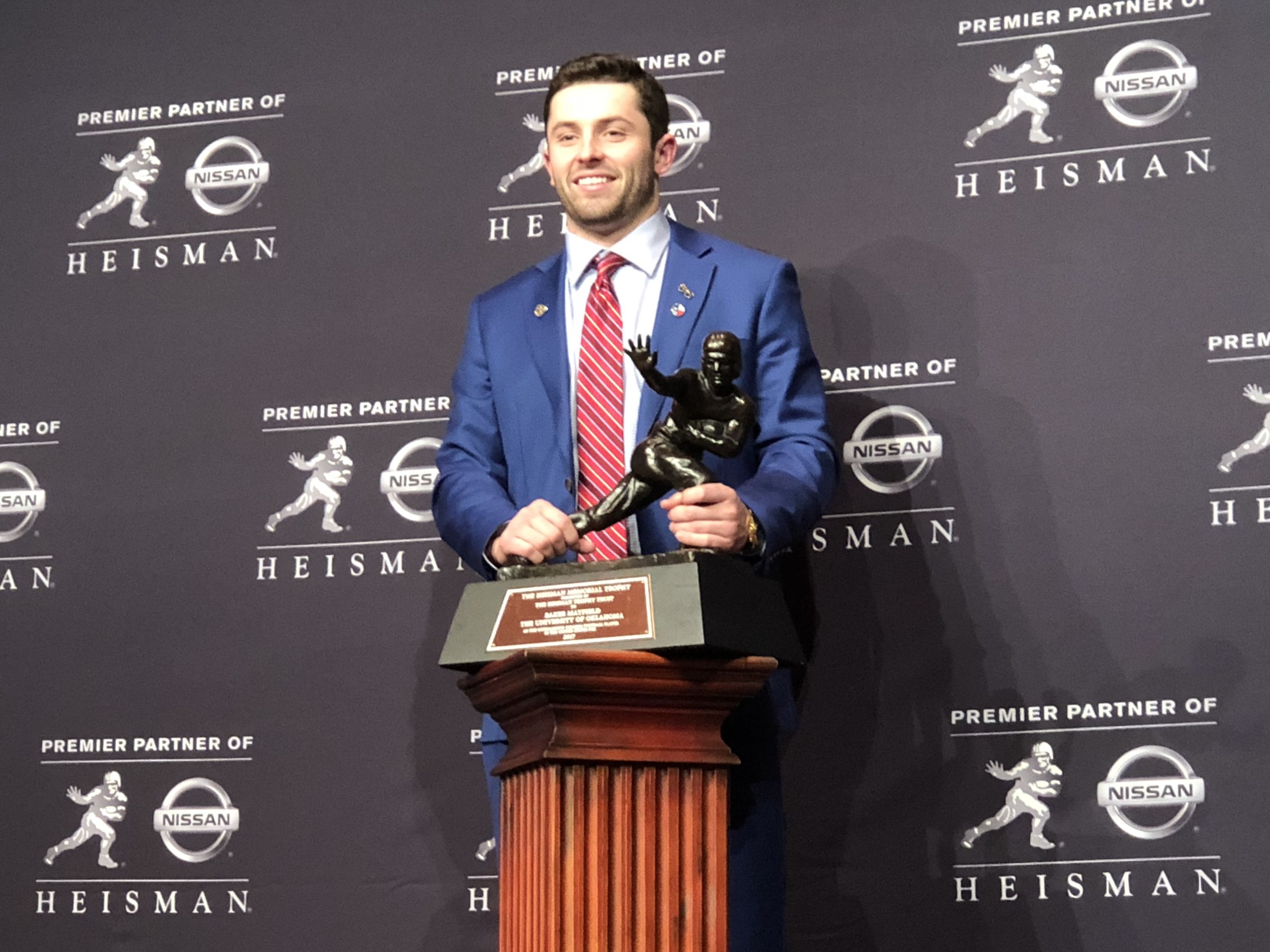 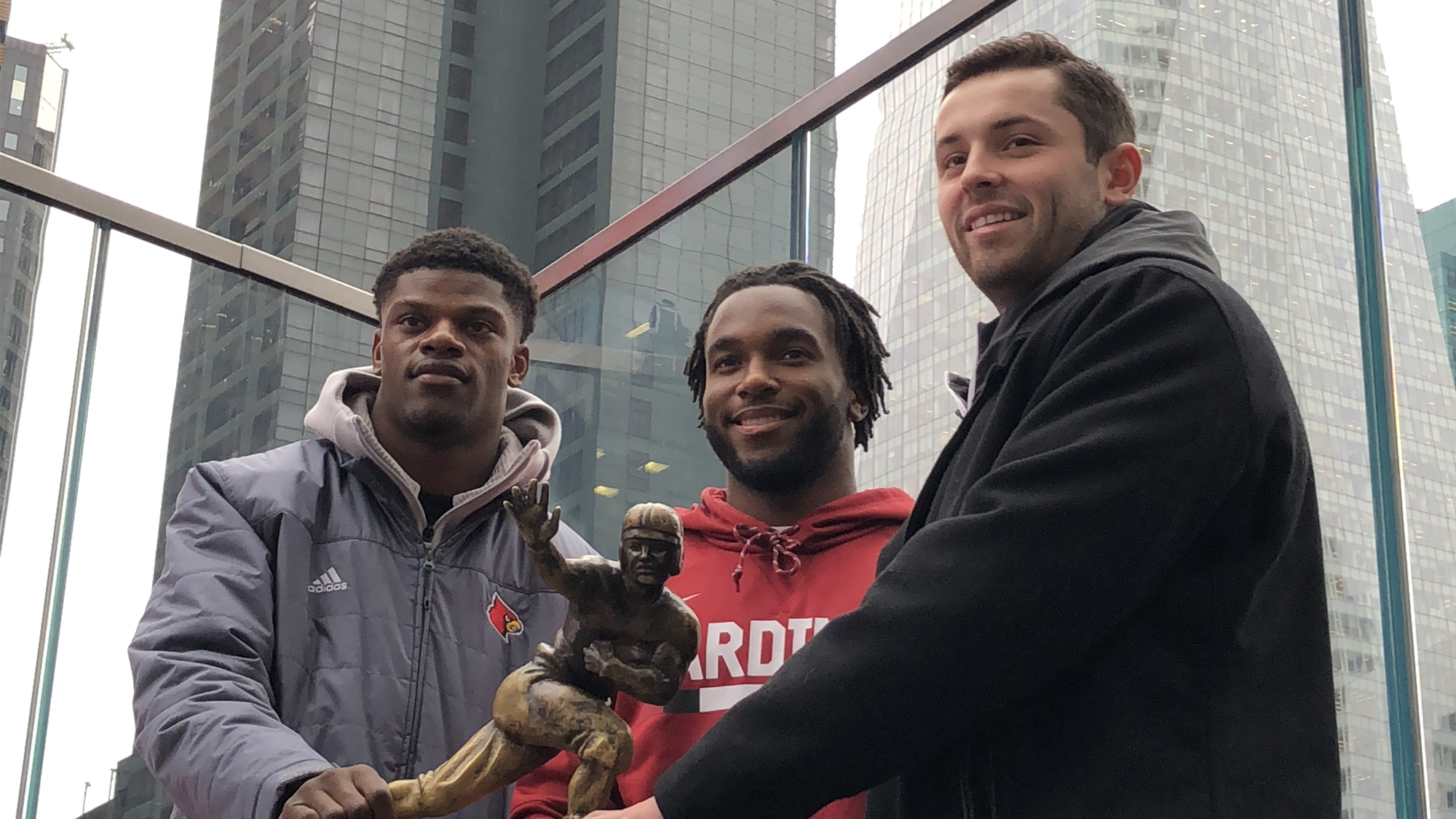 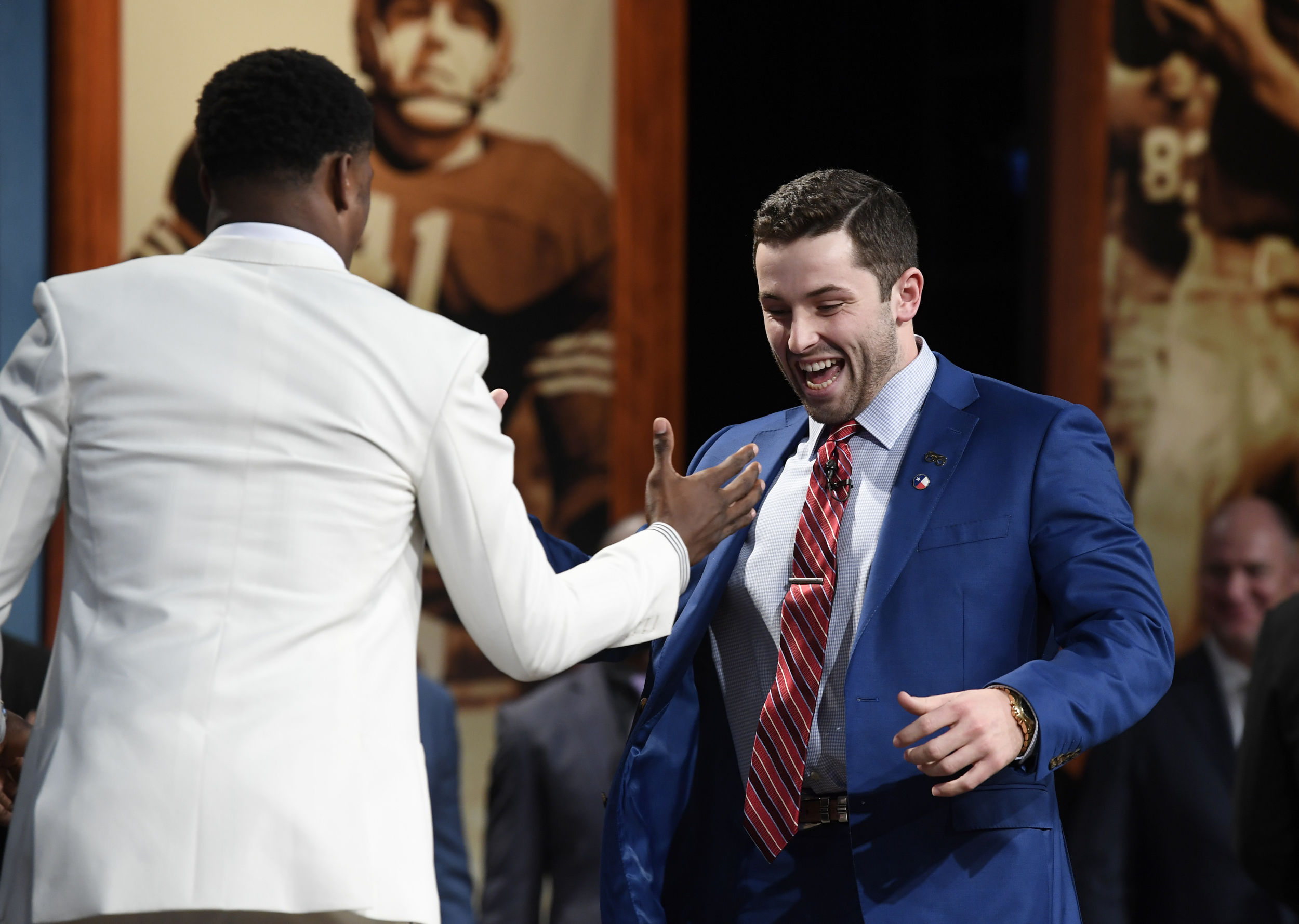 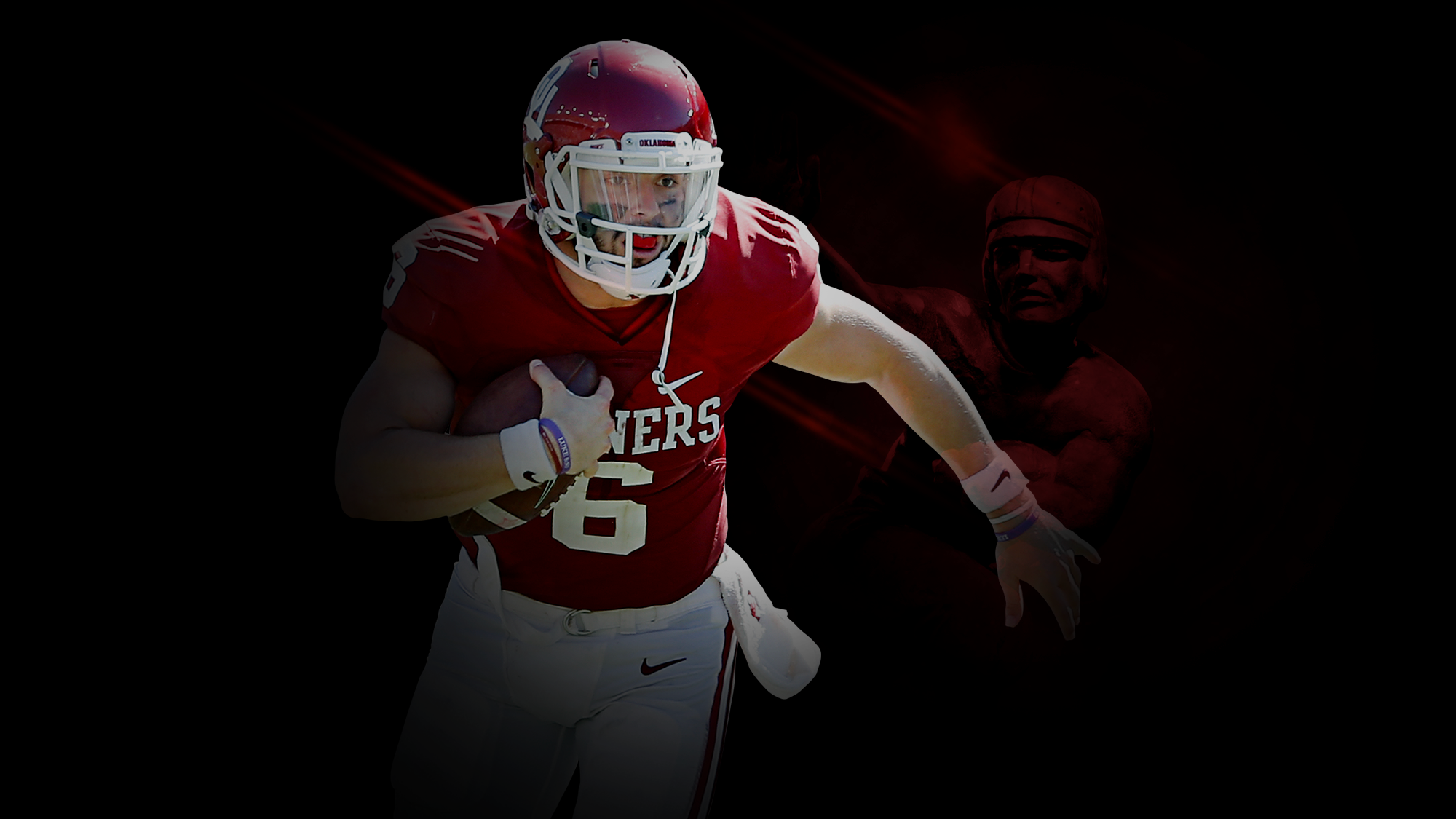 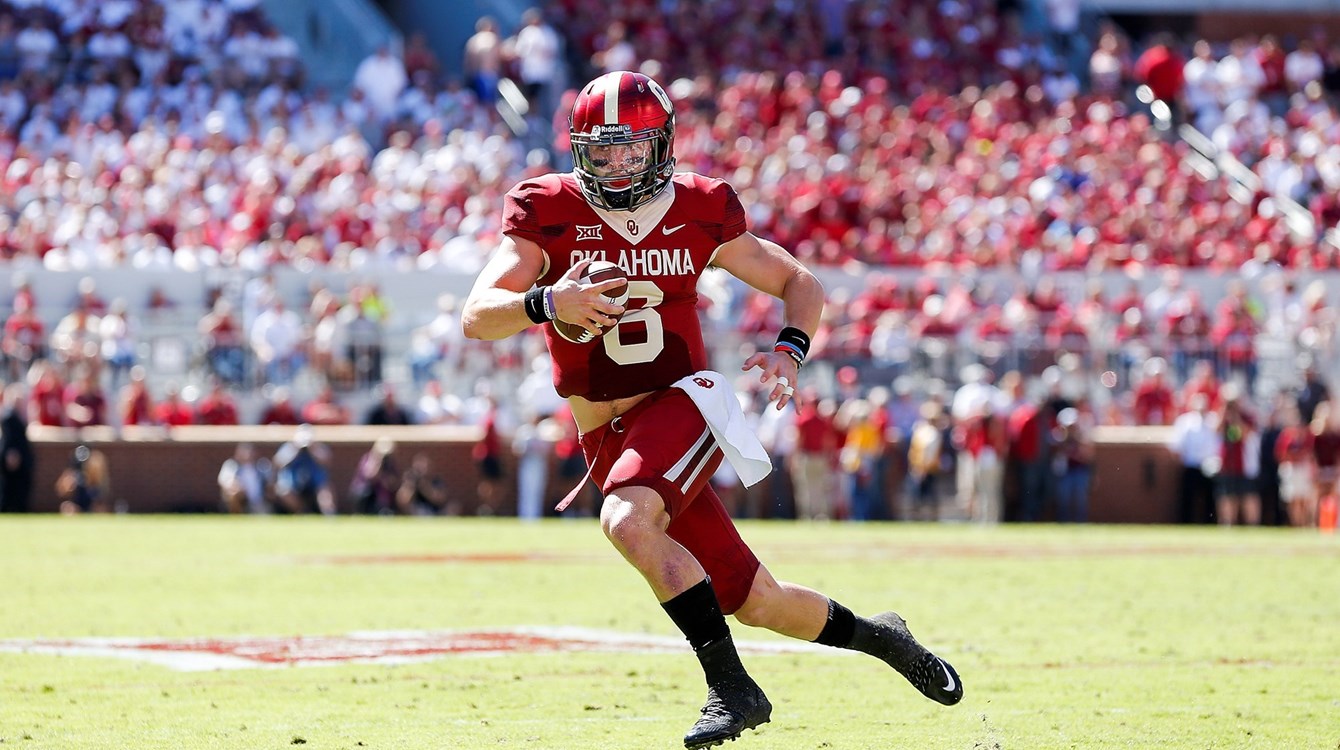