Manziel is the first freshman to win the Heisman Trophy, capturing the award in his redshirt year on the strength of remarkable performances on the ground and in the air. He joined John David Crow as one of two Texas A&M Aggies to win the Heisman.

But Manziel switched allegiances to A&M on Sept. 20, 2010, and signed with the Aggies the following February. After redshirting in 2011, he burst on to the scene in 2012, piling up an SEC-record 4,600 yards of total offense while leading A&M to a 10-2 regular season record in its first season in the fabled league.

Manziel threw for 3,419 yards and 24 touchdowns while adding 1,181 yards with 19 scores on the ground. The key game in his Heisman resume came when he led the Aggies to a 29-24 upset of No. 1 Alabama in Tuscaloosa, totaling 345 yards of total offense while ripping off several highlight-reel plays.

For his efforts, he was named the SEC Freshman of the Year, the Davey O’Brien winner and the 77th recipient of the Heisman Trophy.

He later led Texas A&M to a 41-13 smashing of Oklahoma in the Cotton Bowl, as he produced 516 yards of offense and four touchdowns.

Manziel returned to school in 2013 and threw for 4,114 yards and 37 touchdowns while rushing for 759 yards and nine scores. His two-year total offense and touchdown total: A remarkable 9,989 yards and 93 scores. He was once again voted to the Heisman ceremony as a finalist, finishing fifth behind Jameis Winston.

Following the 2013 season, Manziel made himself available to the NFL draft. He was selected in the first round, 22nd overall, by the Cleveland Browns. 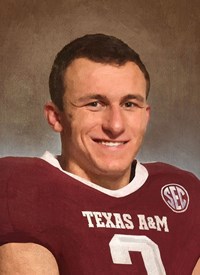 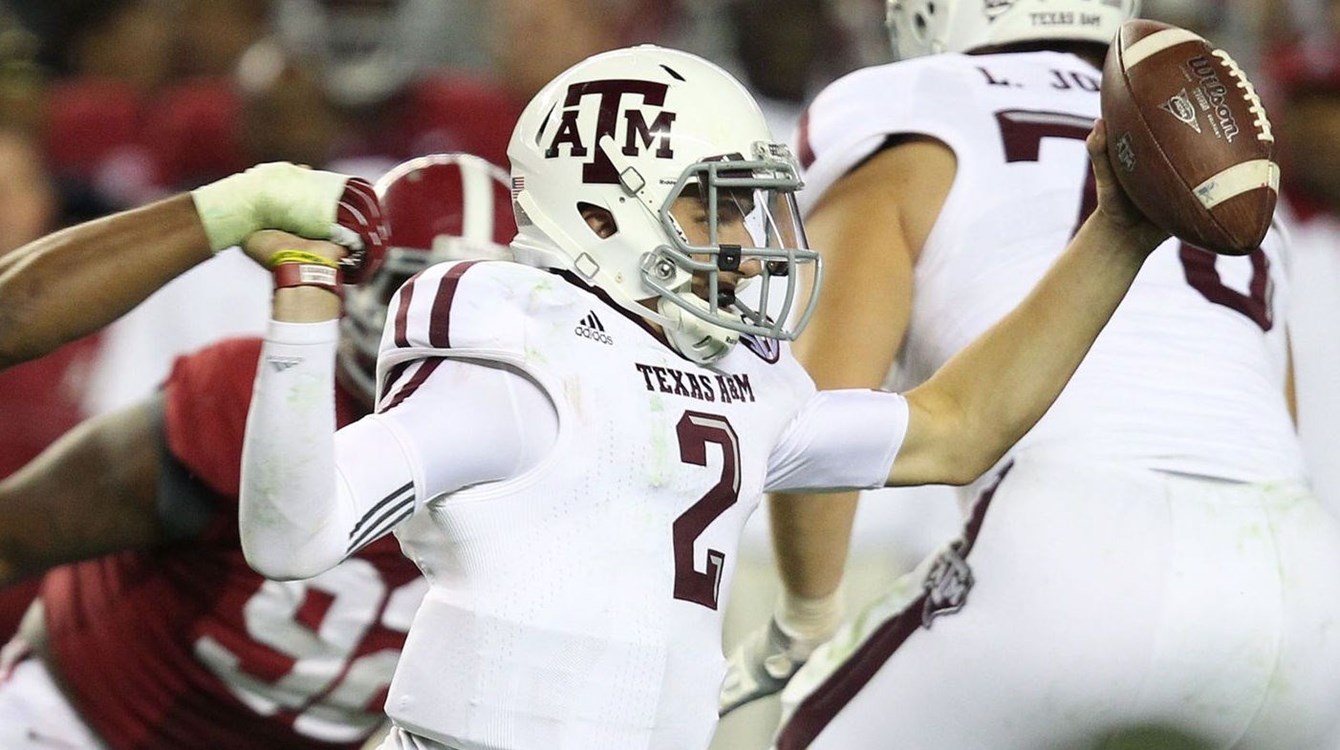 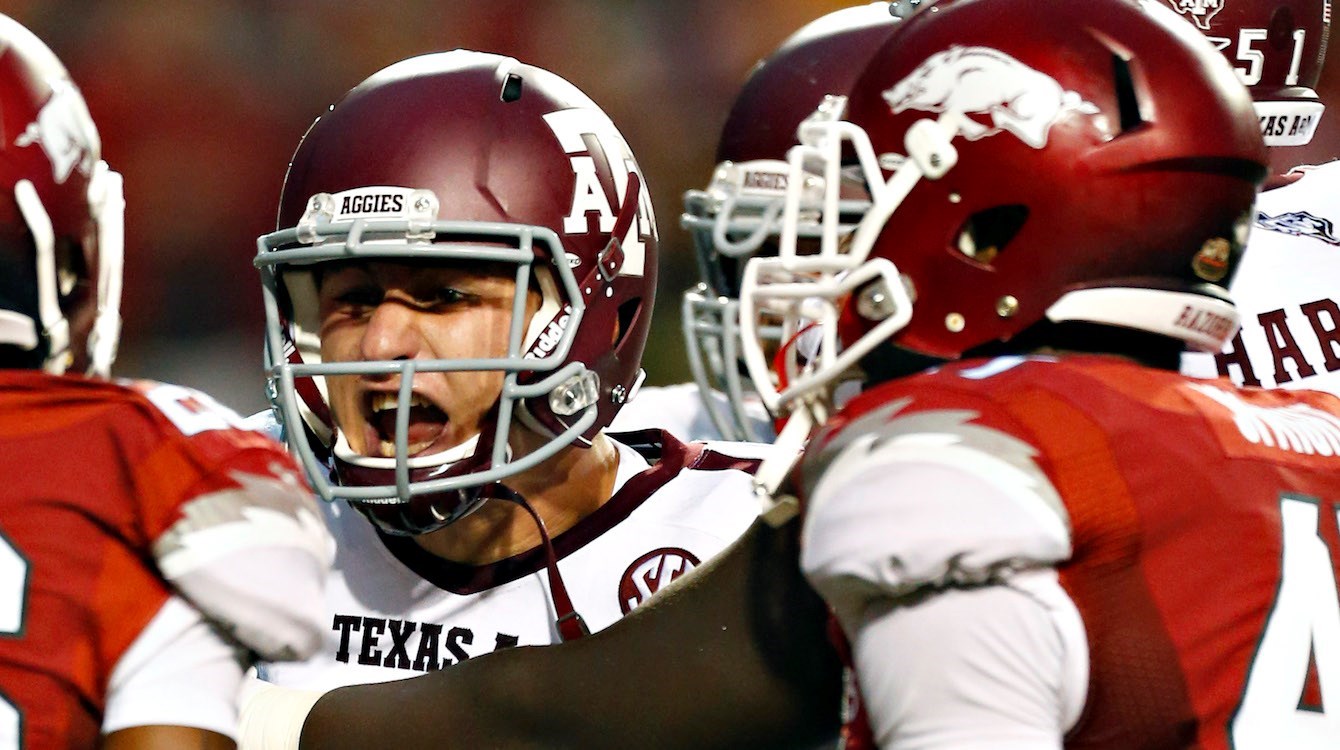 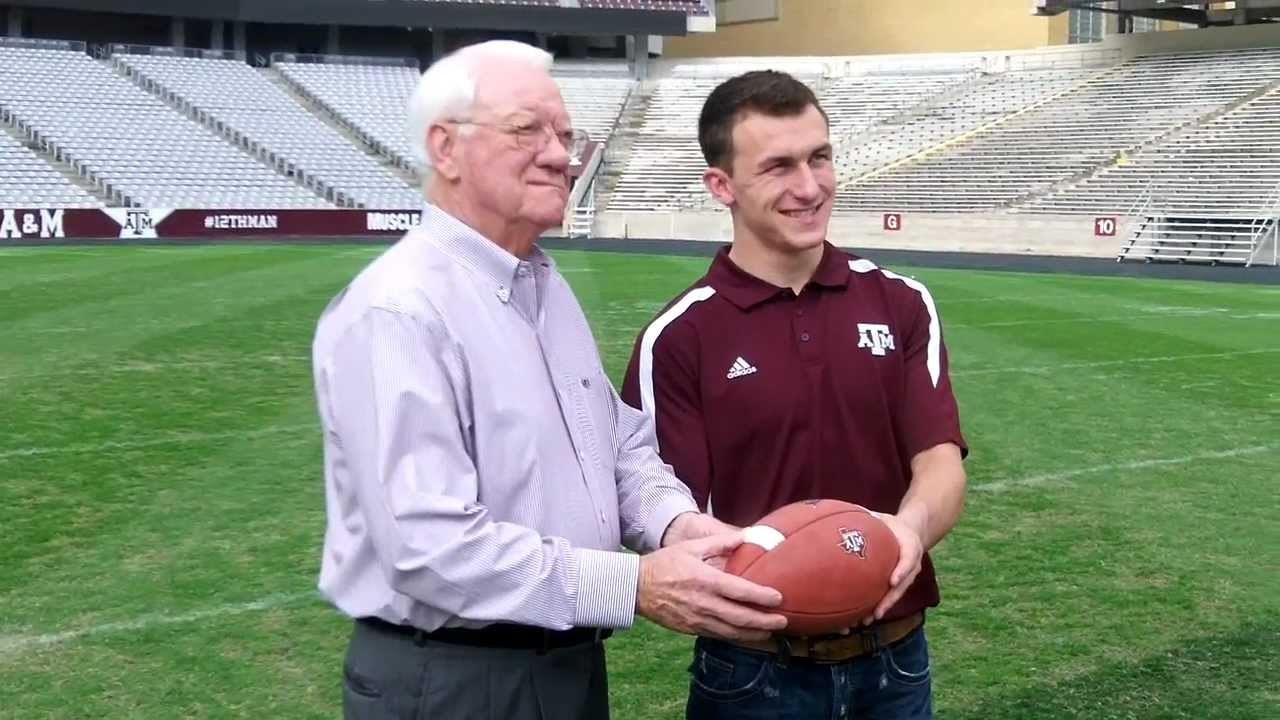 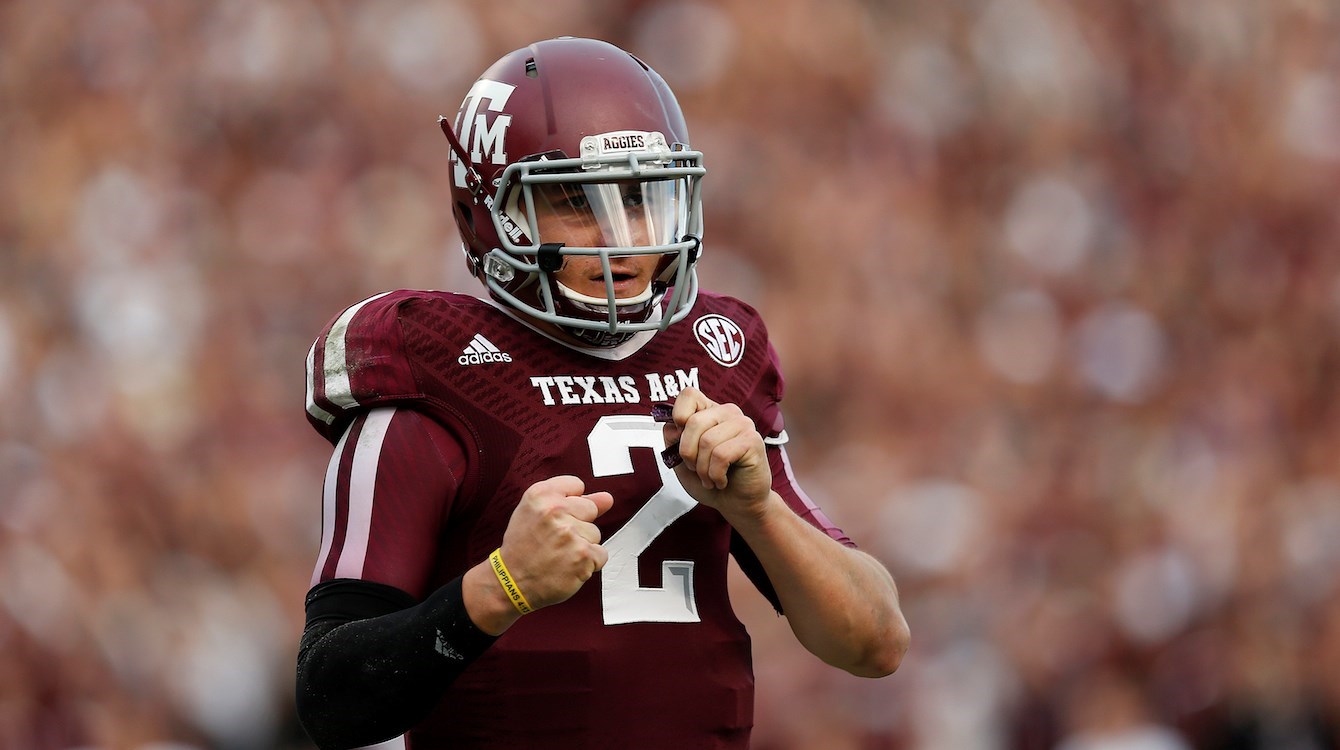 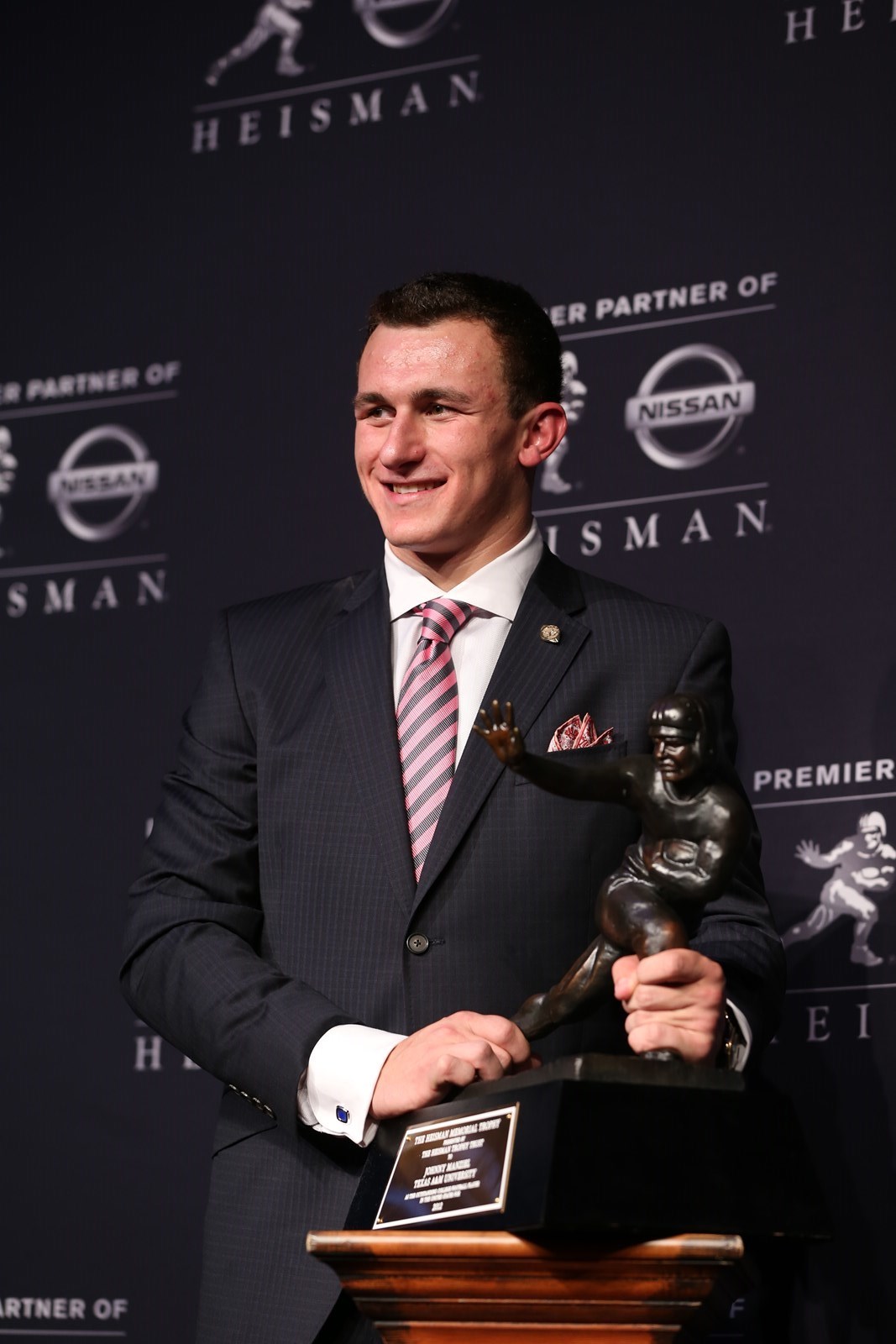 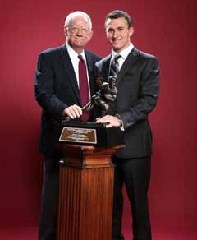