Robert Griffin III became the first Baylor Bear to win the Heisman following a stellar junior season in which he led the long-struggling program to decades-high heights. The 6-2, 220-pound son of two Army sargeants is one of the best athletes to ever win the trophy.

He prepped at Copperas Cove (Texas) High, where he proved himself an elite hurdler in track as well as a promising dual-threat quarterback. As a 2007 junior, he recorded the nation’s top prep time in the 400m hurdles (49.56), tied for the top mark in the 110m high hurdles (13.46) and was second in the 300m hurdles (35.33). On the gridiron, he led his team to a 13-2 record and an appearance in the state championship game.

Griffin’s high school accomplishments drew the attention of the University of Houston’s Art Briles, one of the few college coaches who wanted to keep him at the quarterback position. When Briles was tapped to lead the Baylor’s football program, Griffin decided enroll there early after graduating high school in December.

Griffin immediately starred for the Baylor track and field squad during the 2008 spring semester (what would have been his senior year in high school), earning All-American honors after finishing third at the NCAA championships in the 400m hurdles. He also won the Big 12 Conference championship in that event with a best time of 49.22. He placed 11th in the 400-meter hurdles at the U.S. Olympic Team Trials that summer, but soon gave up competitive running in order to concentrate on football full time.

But it was his junior year when it all came together for Griffin III.

He threw for 3,998 yards and 36 touchdowns and added 644 yards and nine scores on the ground to lead Baylor to a 9-3 regular-season record and a top 15 ranking, its best since 1986. His pass efficiency mark of 192.31 was the best in Heisman history. He earned 2011 national Player of the Year honors by multiple outlets, plus the Davey O’Brien and Manning Awards before becoming the 76th Heisman winner.

Griffin III graduated early from Baylor with a degree in political science. He declared for the NFL draft following the 2011 season and was drafted by the Washington Redskins with the 2nd pick overall. He was the NFL’s Rookie of the Year in 2012. 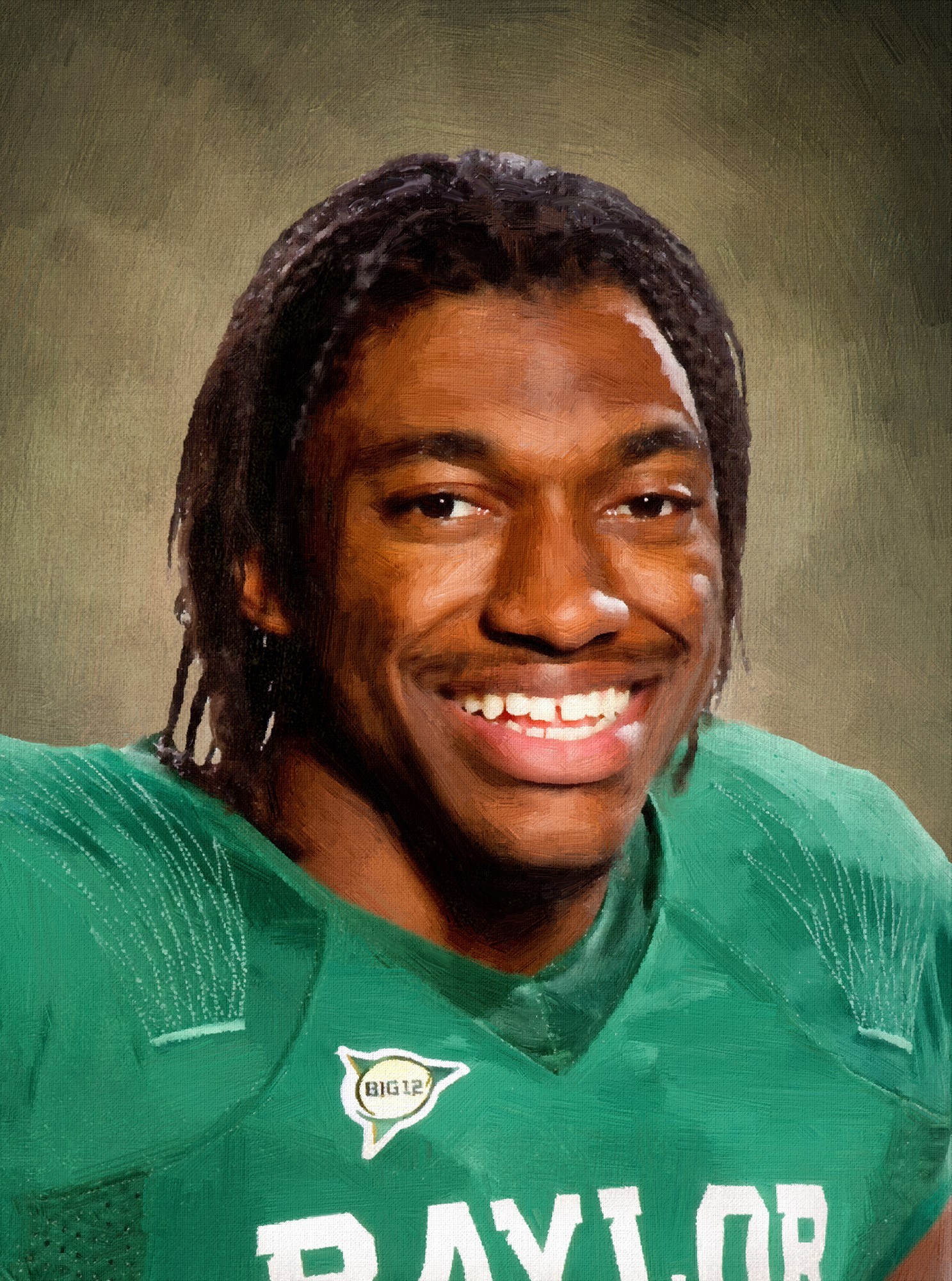 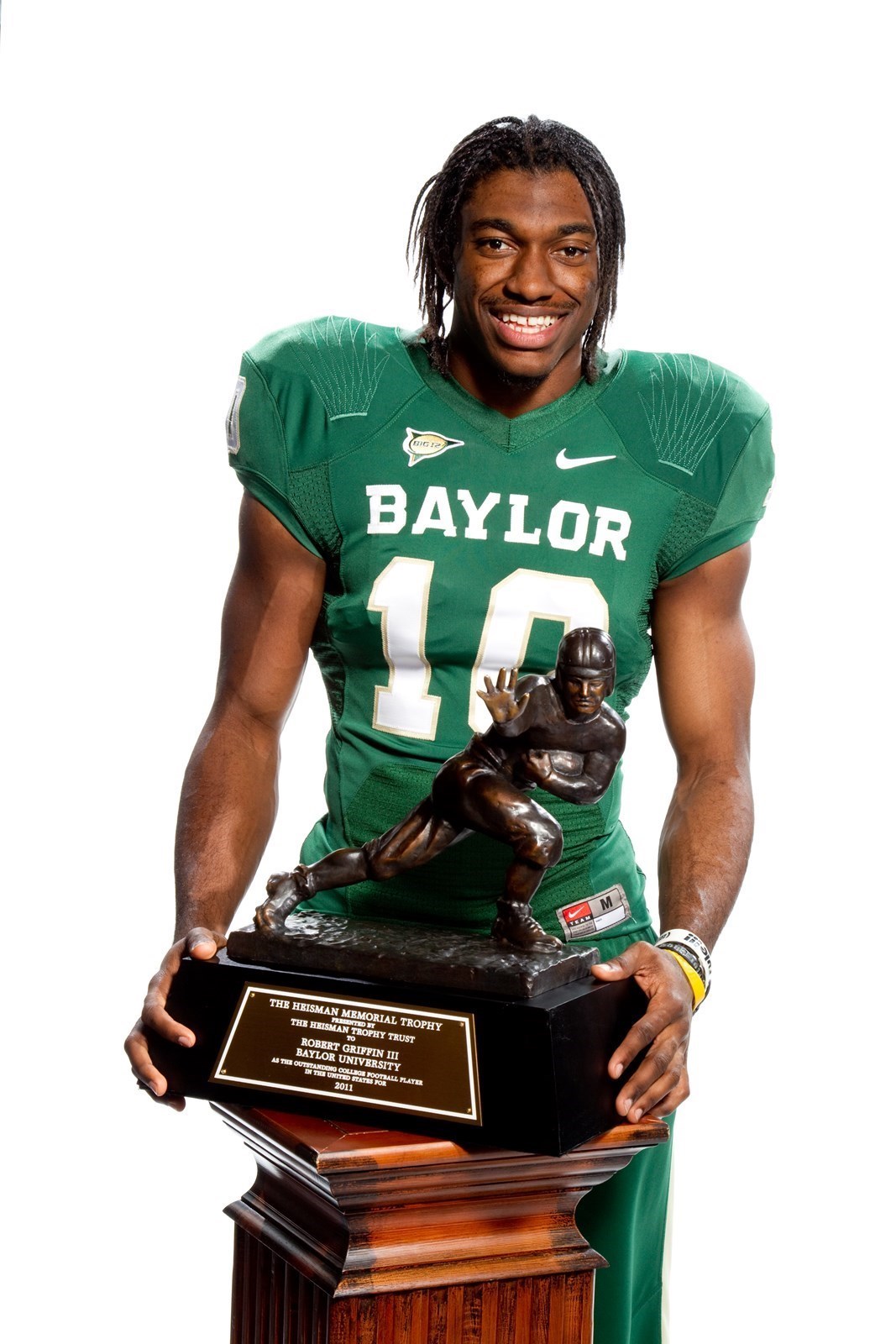