Winston edged out Mark Ingram as the youngest player to win the Heisman Trophy when he captured the 79th award at age 19 years and 342 days. This mark has since been surpassed by Lamar Jackson who was only 5 days younger at the time of receiving the award. Winston became the third Florida State Seminole to win the Heisman, following Charlie Ward (’93) and Chris Weinke (’00).

Winston was born in Bessemer, Alabama on January 6, 1994. He attended Hueytown High School, where he played both football and baseball. Winston was considered among the best quarterback recruits in the nation in 2011 and he earned the Gatorade Player of the Year recognition for the state of Alabama. He led Hueytown to a state championship during his junior year.

Winston committed to attend FSU on February 3, 2012. The Texas Rangers selected Winston in the 15th round of the 2012 Major League Baseball Draft out of high school. Though the Rangers proposed allowing him to play for the Florida State Seminoles football team while working out with their baseball organization, Winston decided not to sign.

After redshirting his first season, Winston won the starting job for the Seminoles and promptly led his team to an undefeated campaign and a BCS title, becoming the first redshirt freshman to win a Heisman and a national championship in the same season. Winston threw for 3,820 yards and 38 touchdowns with 10 interceptions prior to winning the Heisman. His pass efficiency rating of 190.04 (at the time of the ceremony) was second-best among Heisman winners.

He spent the spring of his freshman year playing baseball for the Seminoles. As a pitcher and outfielder, he batted .235 and had a 3.00 earned run average in 27 innings pitched.

Winston followed up his Heisman-winning season with a stellar sophomore year, throwing for 3,907 yards and 25 touchdowns while leading FSU to a school-record 26-straight wins and a berth in the inaugural college football playoff. He finished his two-year career with a record of 26-1 as a starter, throwing for 7,964 yards and 65 touchdowns.

He declared for the NFL draft following his sophomore season and was the first overall selection by the Tampa Bay Buccaneers. 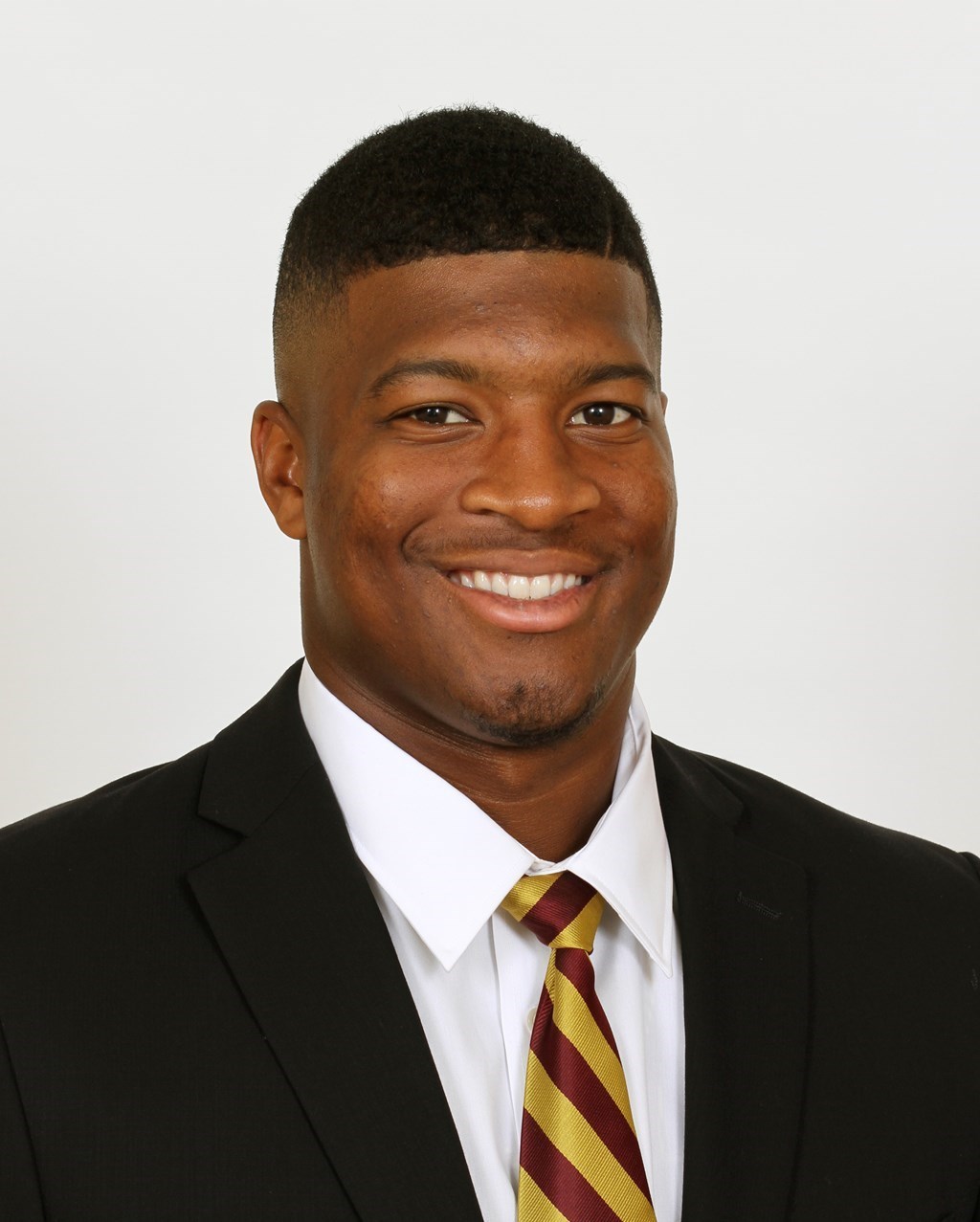 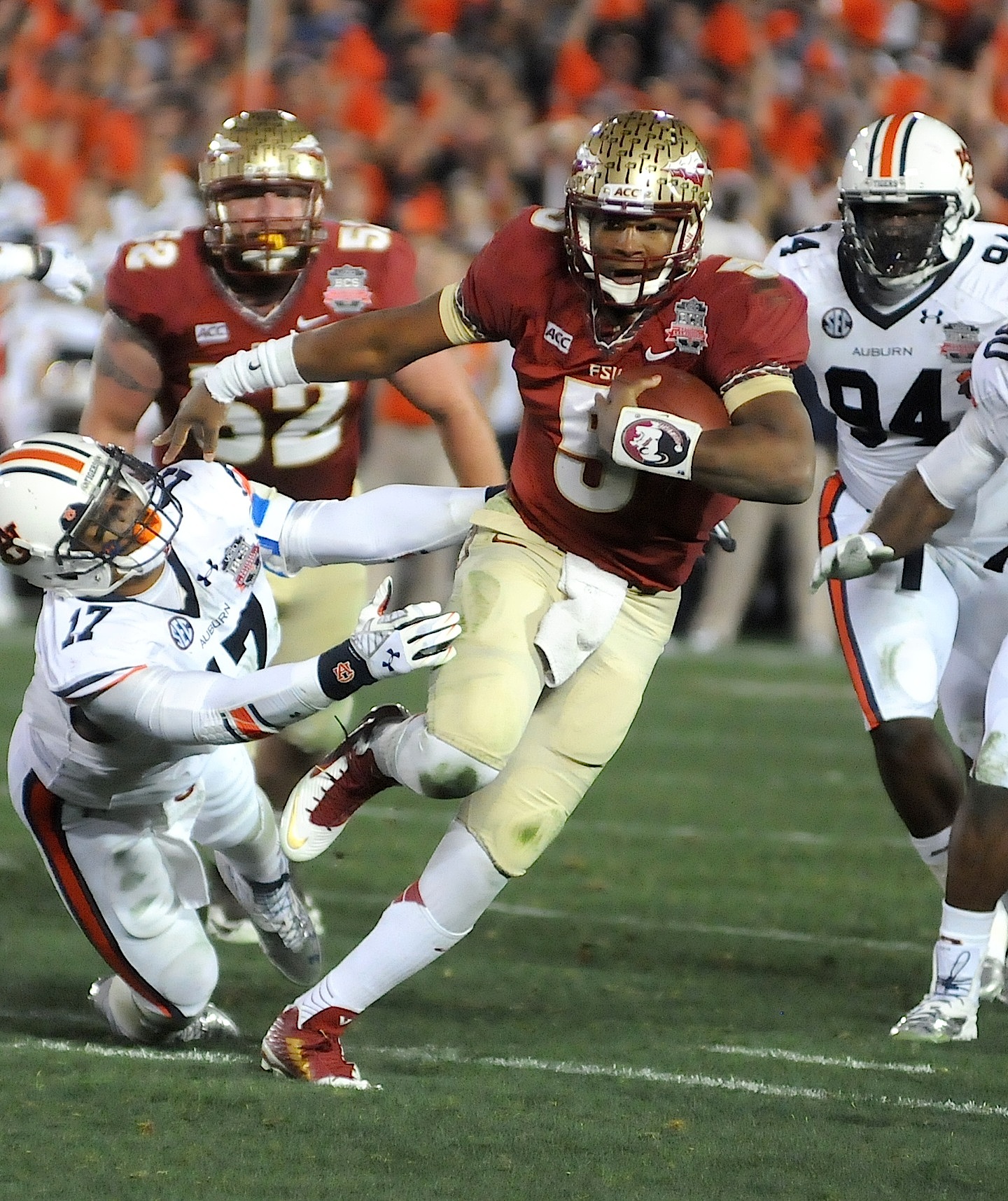 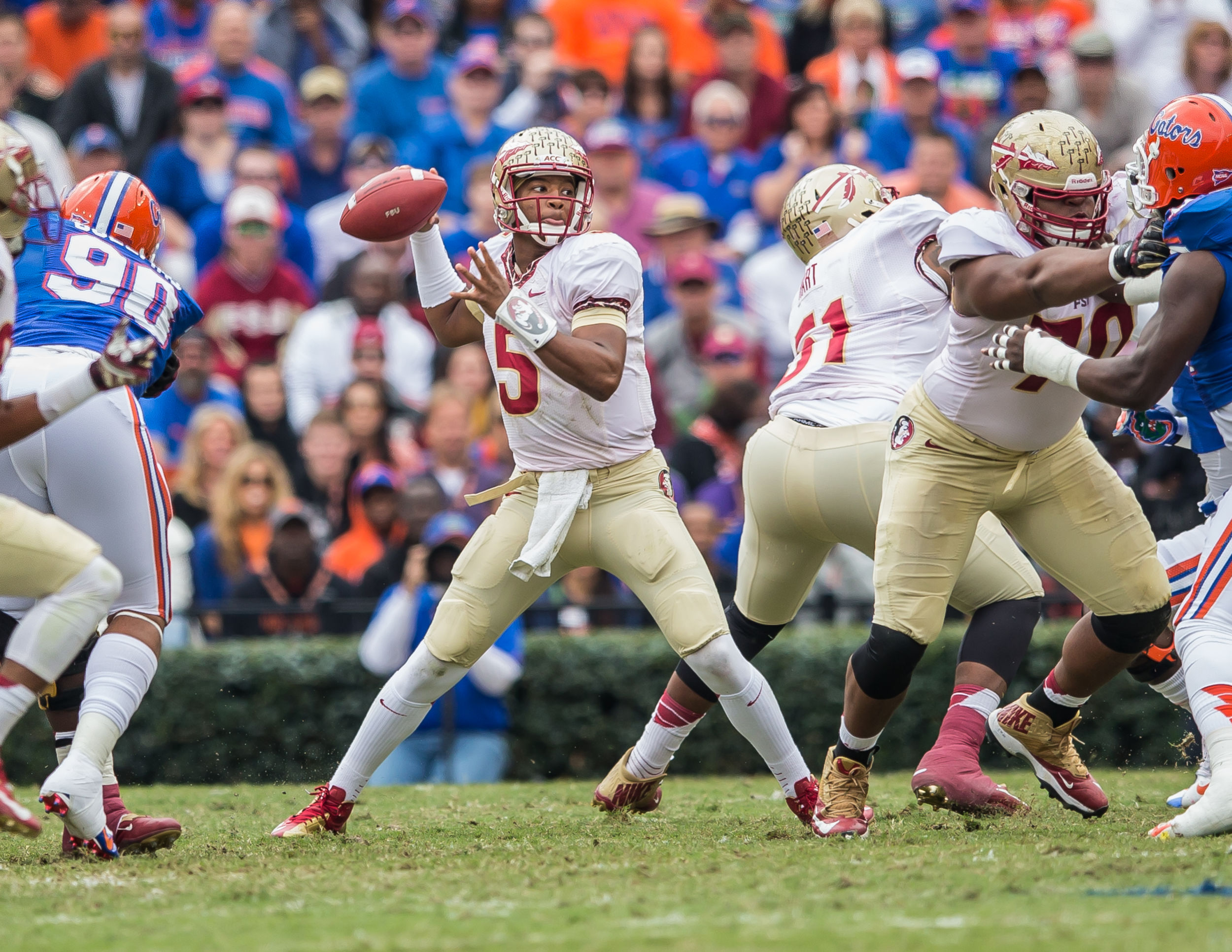 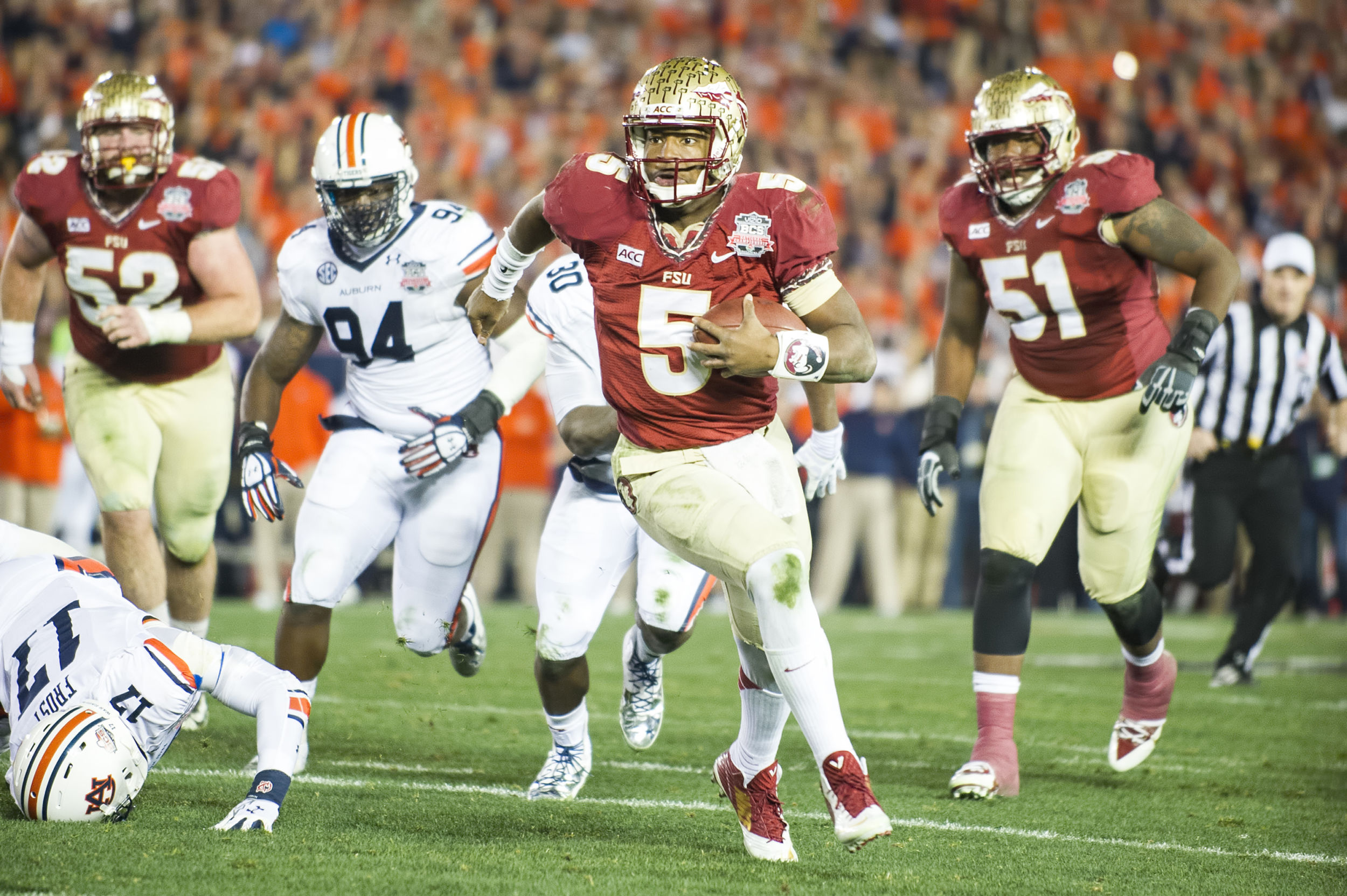 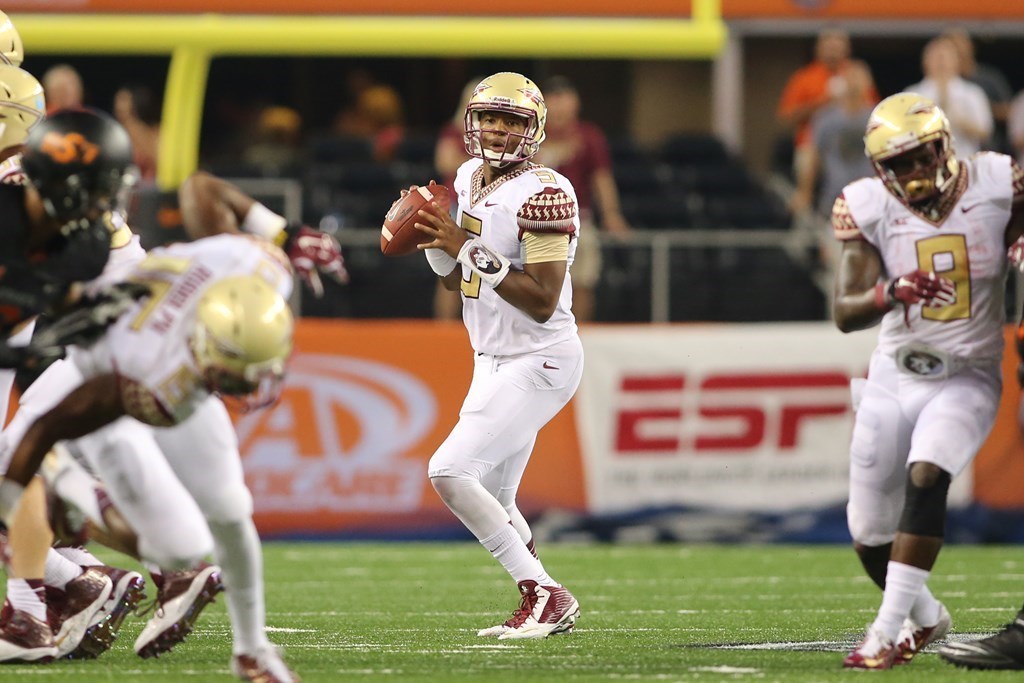 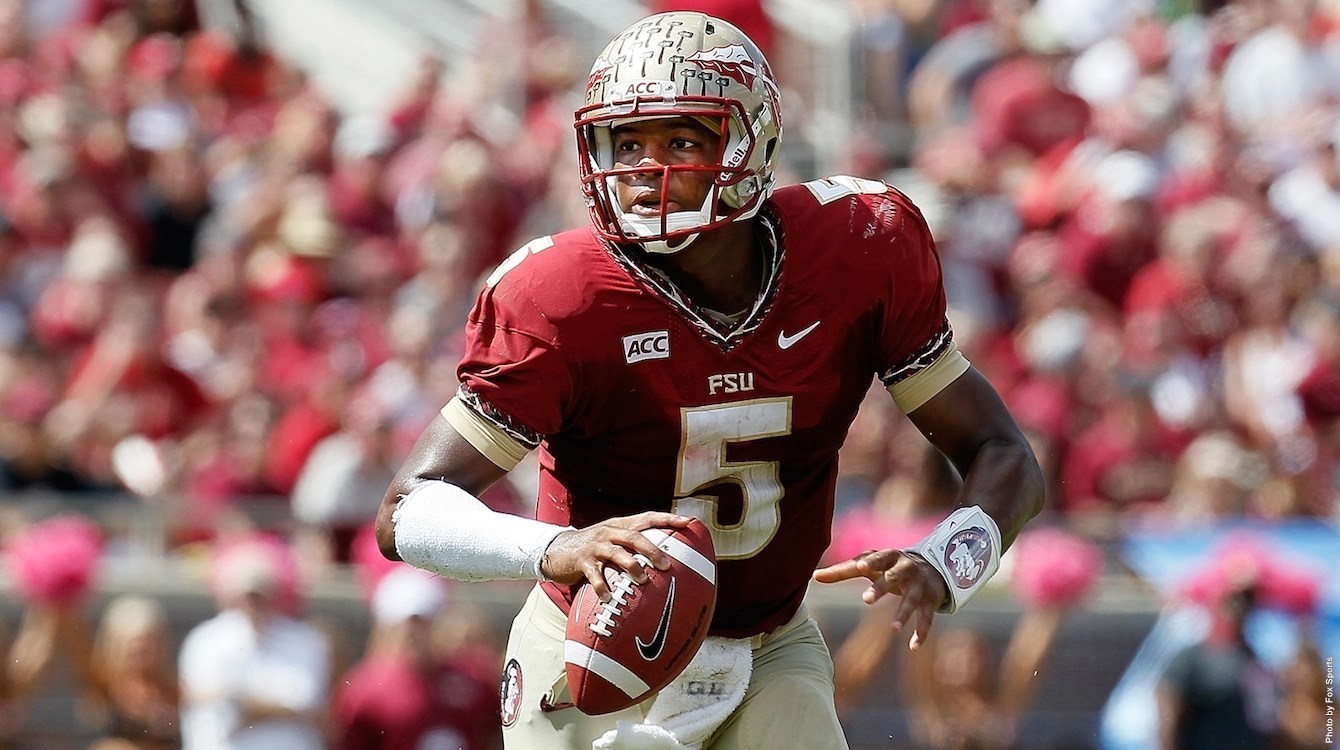 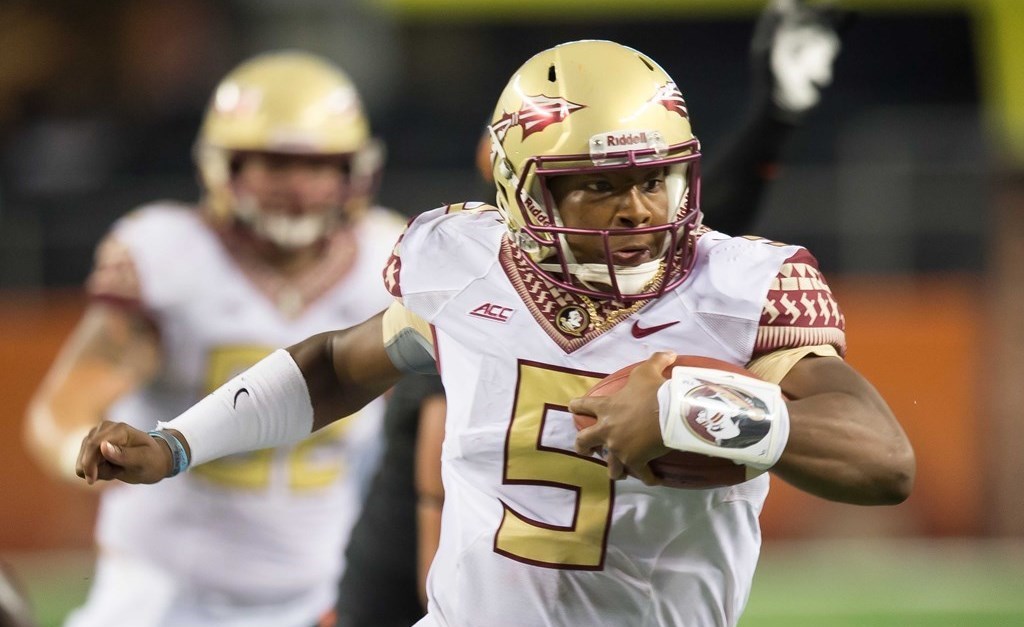