A native of Dallas, Texas, Brown attended Woodrow Wilson High, the same school as 1938 Heisman Trophy winner Davey O’Brien. He originally started out in the school band, but played football from his sophomore year onward. A high-end athlete with good marks in the 400 meters and long jump, Brown was highly-sought after by college recruiters despite his team going 4-25-1 during his three years as a starter. Brown chose Notre Dame over Oklahoma, SMU, Nebraska and Iowa.

“Touchdown Timmy” set the Irish freshman receiving record in 1984 with 28 catches for 340 yards and one score. As a sophomore he caught 25 passes for 397 yards and three TDs and started to flash his return ability while averaging 24 yards on kickoff returns (with one TD return).

Brown had 45 catches for 910 yards and two kick return TDs as a junior. He burst onto the national scene with a scintillating season-ending performance in a come-from-behind upset of USC and his name was on Heisman voters’ minds heading his senior year.

He then used back-to-back punt returns for touchdowns in an early-season 1987 game against Michigan State to cement his Heisman bid.

Listed as a flanker, Brown utilized his ability as a pass receiver, rusher out of a full-house backfield and punt and kickoff returner to rank sixth nationally in all-purpose yardage as a senior (167.9). Brown finished his career as Notre Dame’s all-time leader in pass reception yards (2493) while also returning six kicks for touchdowns (three punts, three kickoffs). Despite constant double and triple coverage as a senior, he earned a reputation as perhaps the most dangerous player in college football. He won the Heisman handily over Syracuse quarterback Don McPherson. 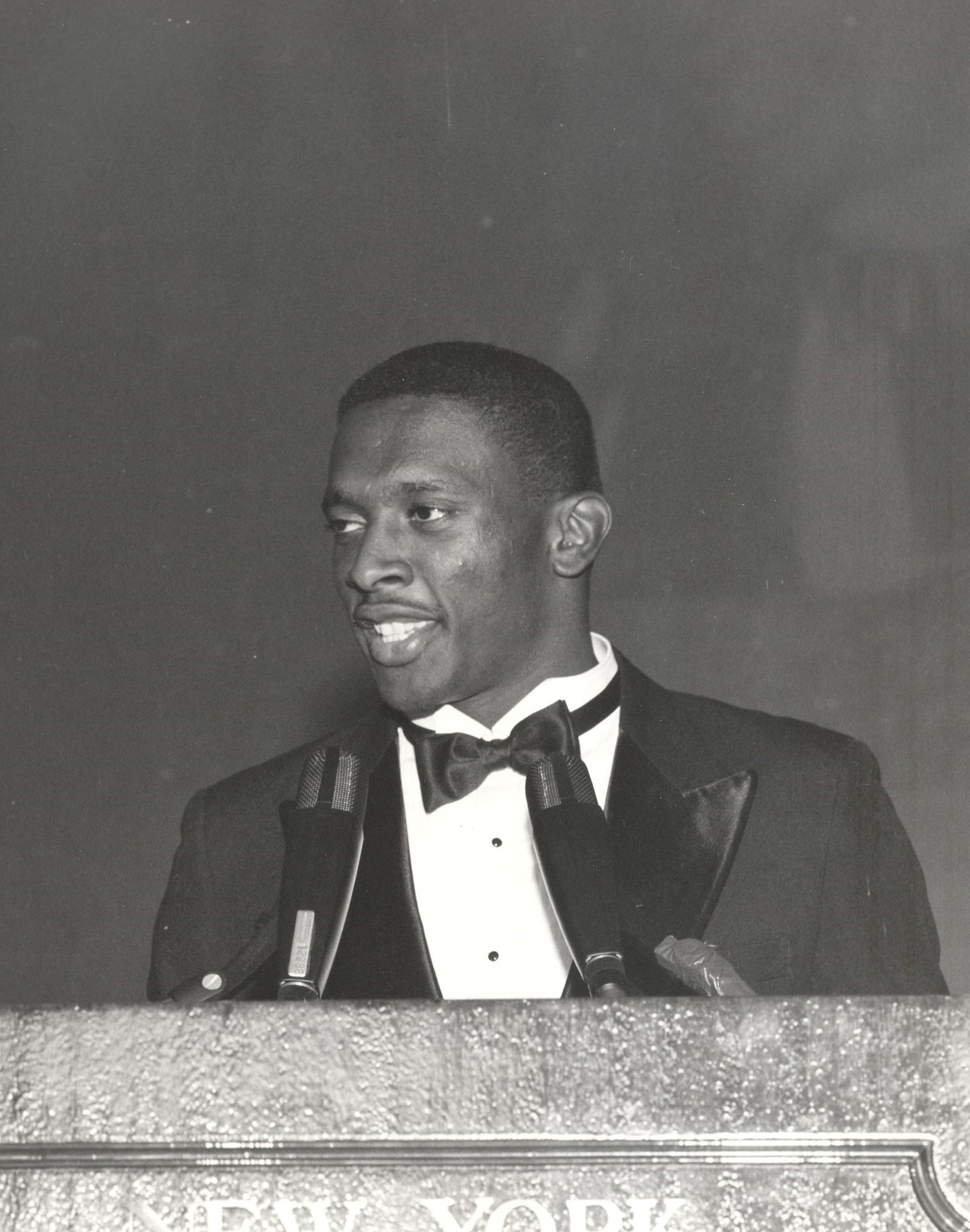 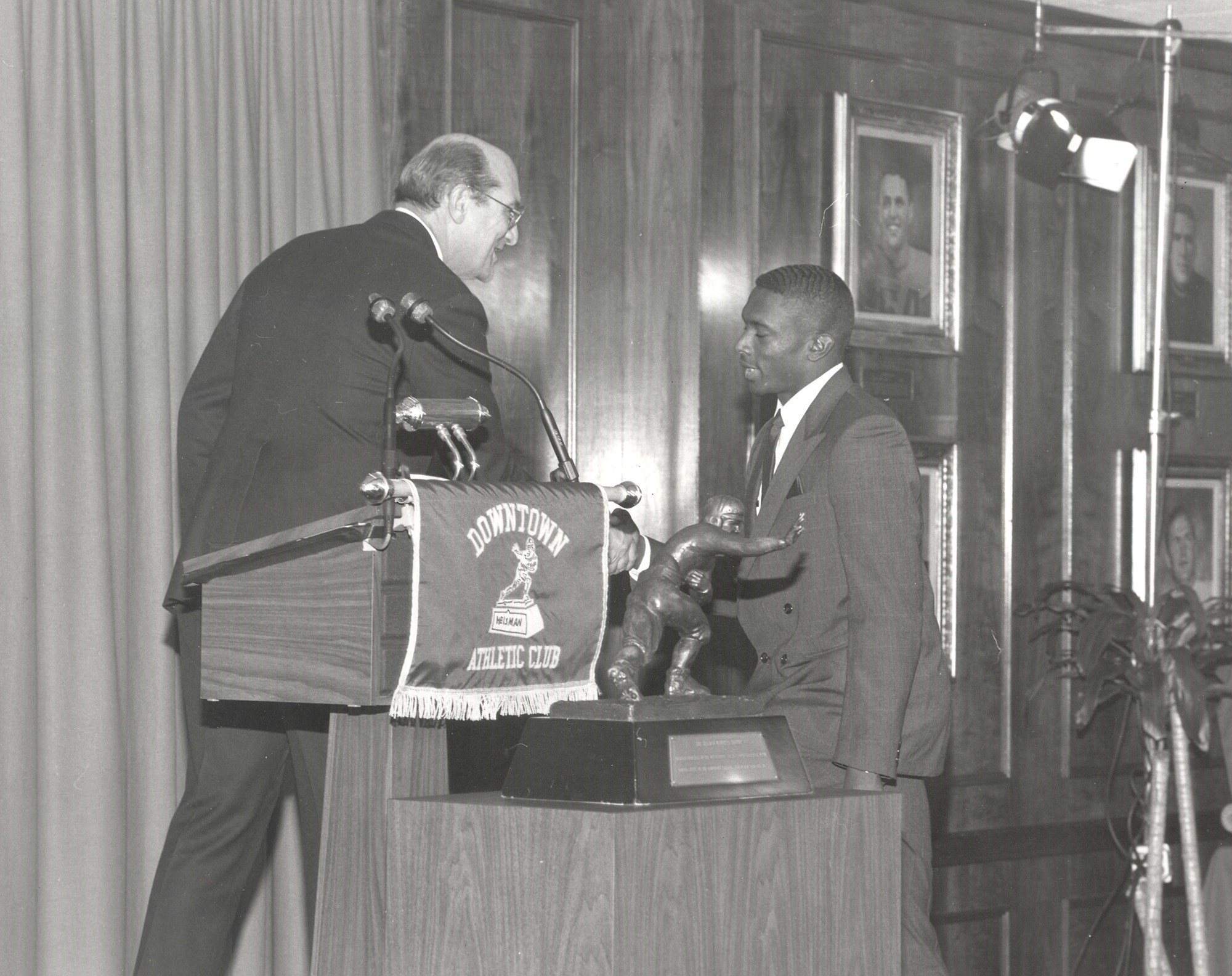 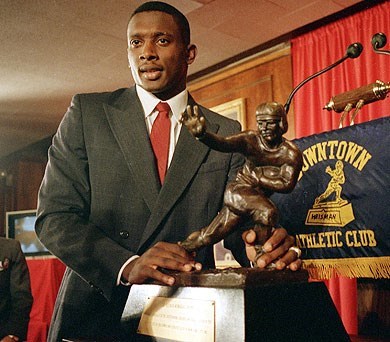