Testaverde won Miami’s first Heisman Trophy while leading the Hurricanes to an undefeated regular season in 1986.

Born in Brooklyn, New York, Testaverde went to school at Sewanhaka High in Floral Park on Long Island, and graduated in 1981. He then went to Fork Union Military Academy in Fork Union, Virg., for a post-graduate year of college preparatory work (1995 Heisman winner Eddie George also attended Fork Union) before signing with Miami in 1982.

Testaverde threw for 79 yards in limited action as a 1982 true freshman and then redshirted in 1983 when Miami won the national title. He served as a backup to Kosar in 1984 before taking over the starting job as junior in 1985. Testaverde threw for 3,238 yards and 21 touchdowns that season and led Miami to a 10-2 record and a No. 9 final ranking.

His senior year was a magical one. Testaverde threw for 2,557 yards and 26 touchdowns (while also adding four rushing scores) as Miami finished the regular season 11-0 and ranked No. 1 in the country. Testaverde won the Heisman in a landslide over Temple’s Paul Palmer.

A loss to Penn State in the Fiesta Bowl cost the Hurricanes another national title, but it didn’t dim Testaverde’s star.

Tampa Bay selected Testaverde as the first overall pick of the 1987 NFL Draft. He finished his pro career with 46,233 yards passing and 275 touchdowns, both among the top eight on the NFL career charts at the time of his retirement. He was elected to the College Football Hall of Fame in 2013.

(*) Invited, but did not attend Heisman ceremony. 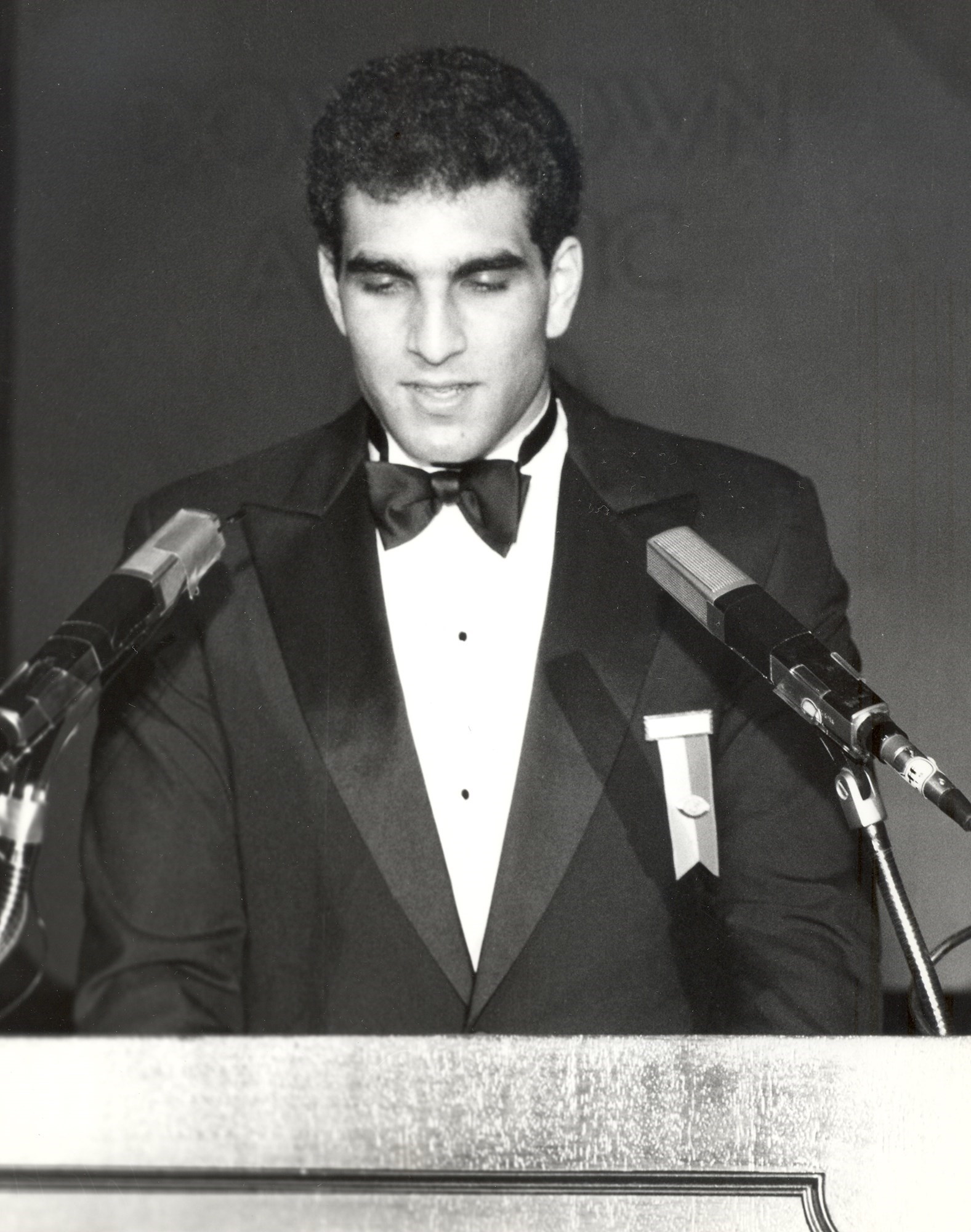 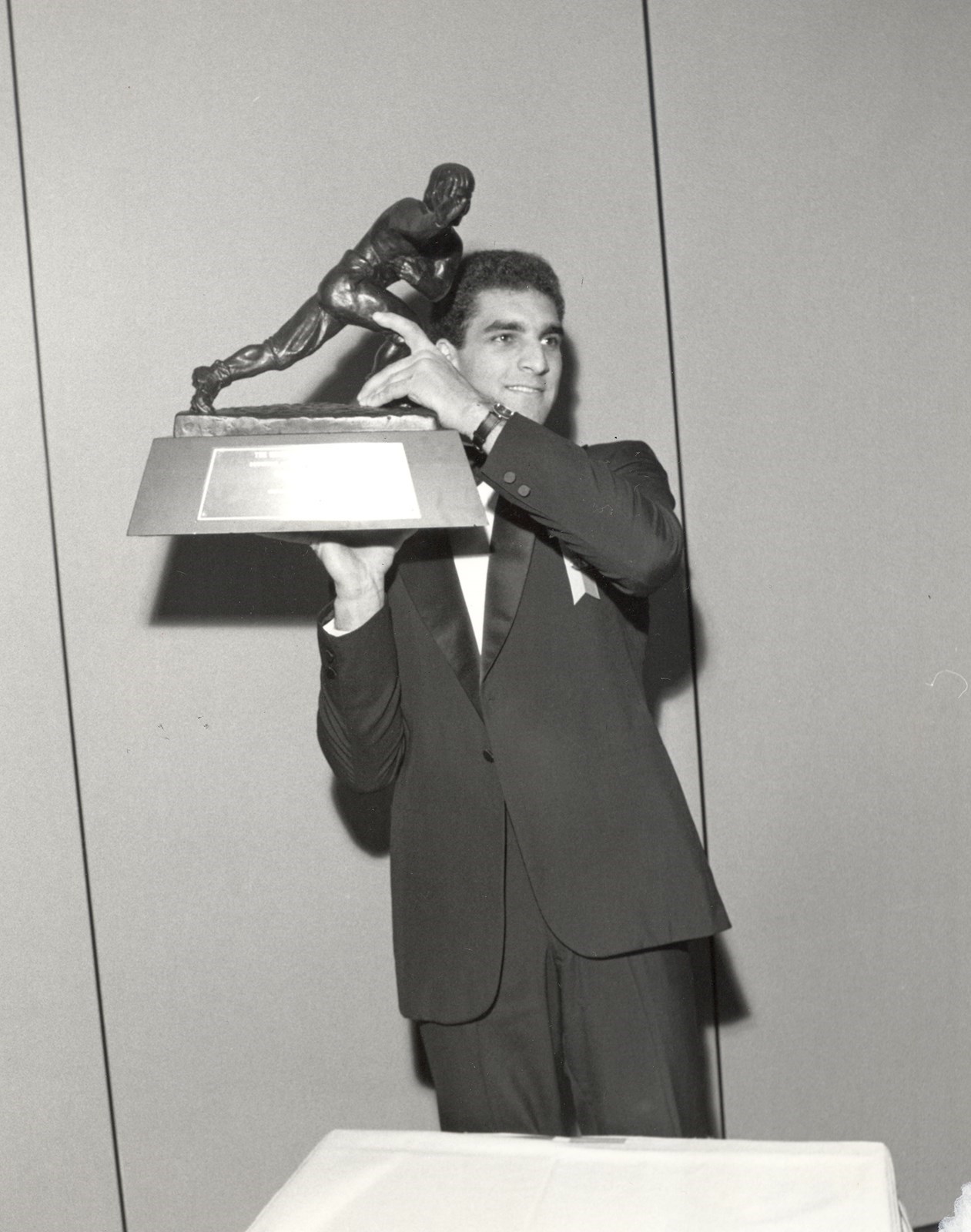