Jackson, the eighth of ten children, was born and raised in Bessemer, Ala. The 6-2, 230-pounder attended McAdory High School in McCalla, where he attracted the interest of collegiate scouts from three sports: football, baseball, and track and field. In 1982, the New York Yankees drafted him out of high school, but Jackson rejected their contract offer and instead accepted a football scholarship from Auburn University.

He made an immediate impact for the Tigers, rushing for 829 yards and nine touchdowns as a 1982 true freshman. He followed that up with 1,213 yards and 12 touchdowns — while averaging almost eight yards per carry — as a sophomore in 1983 as the Tigers went 11-1 and finished third in the polls. Injuries limited him to 475 yards and five scores in 1984.

Jackson was slowed by injuries as a senior as well, but he still managed to rush for 1,786 yards and 17 touchdowns as Auburn finished 8-3 on the season. He was awarded the Heisman over Chuck Long of Iowa in what was, at the time, the closest vote in Heisman history.

A three-time All-Southeastern Conference and two-time All-American selection, Jackson is the only running back in Auburn history to rush for more than 4,000 yards (4,303) in a career. He also is Auburn’s second all-time leading scorer with 45 touchdowns. While dominating on the gridiron, Jackson also lettered in baseball and track. Jackson’s baseball prowess was demonstrated by a batting average of .401 during his junior season and a career average of .335.

Jackson was selected with the first overall pick of the 1986 NFL Draft by the Tampa Bay Buccaneers, but he opted to play baseball for the Kansas City Royals, the defending World Series champions, who had drafted him in the fourth round in the 1986 amateur draft. He played serveral seasons with the Royals, White Sox and Angels, while also returning to football to play for the Los Angeles Raiders.

* - Invited but did not attend Heisman ceremony. 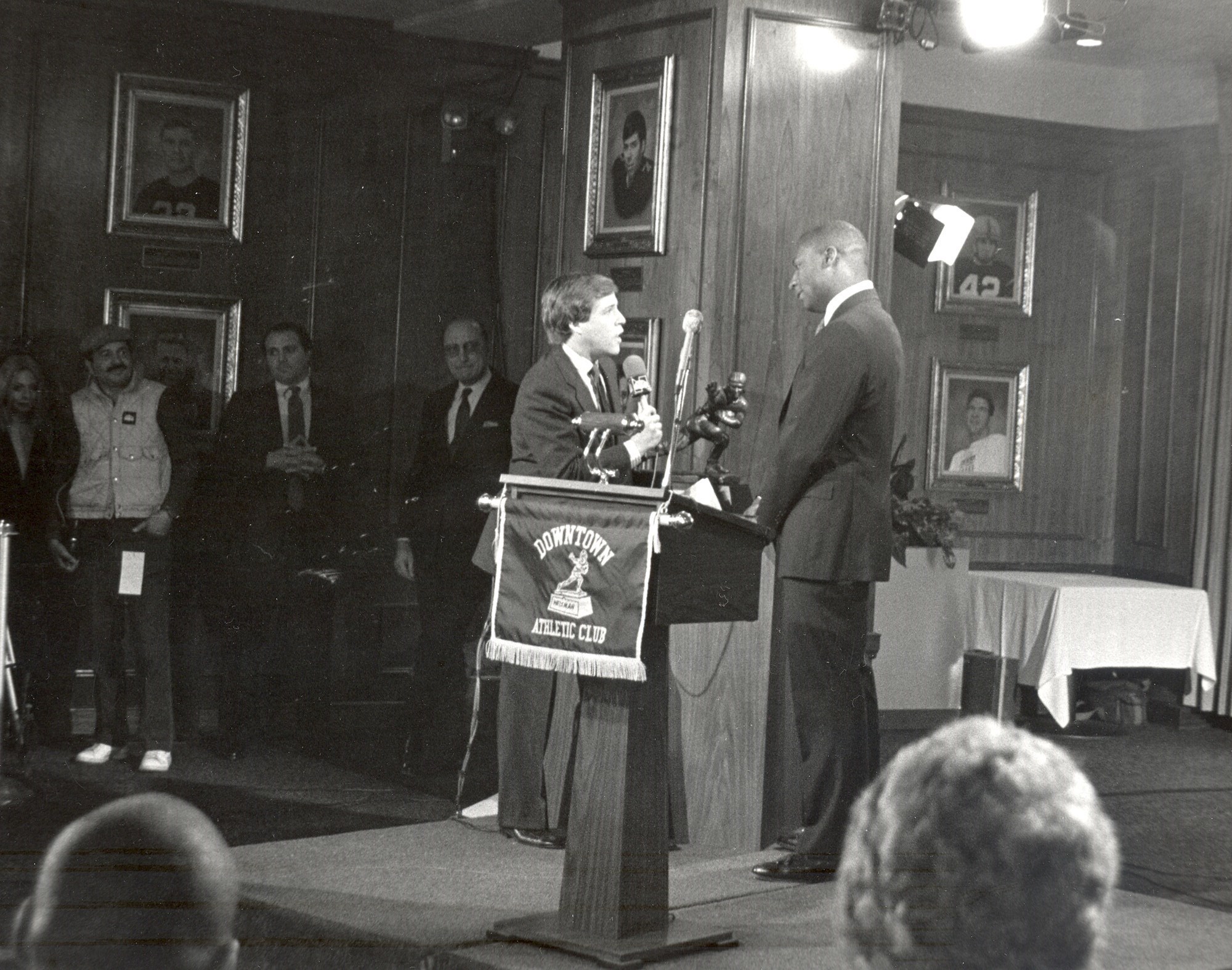 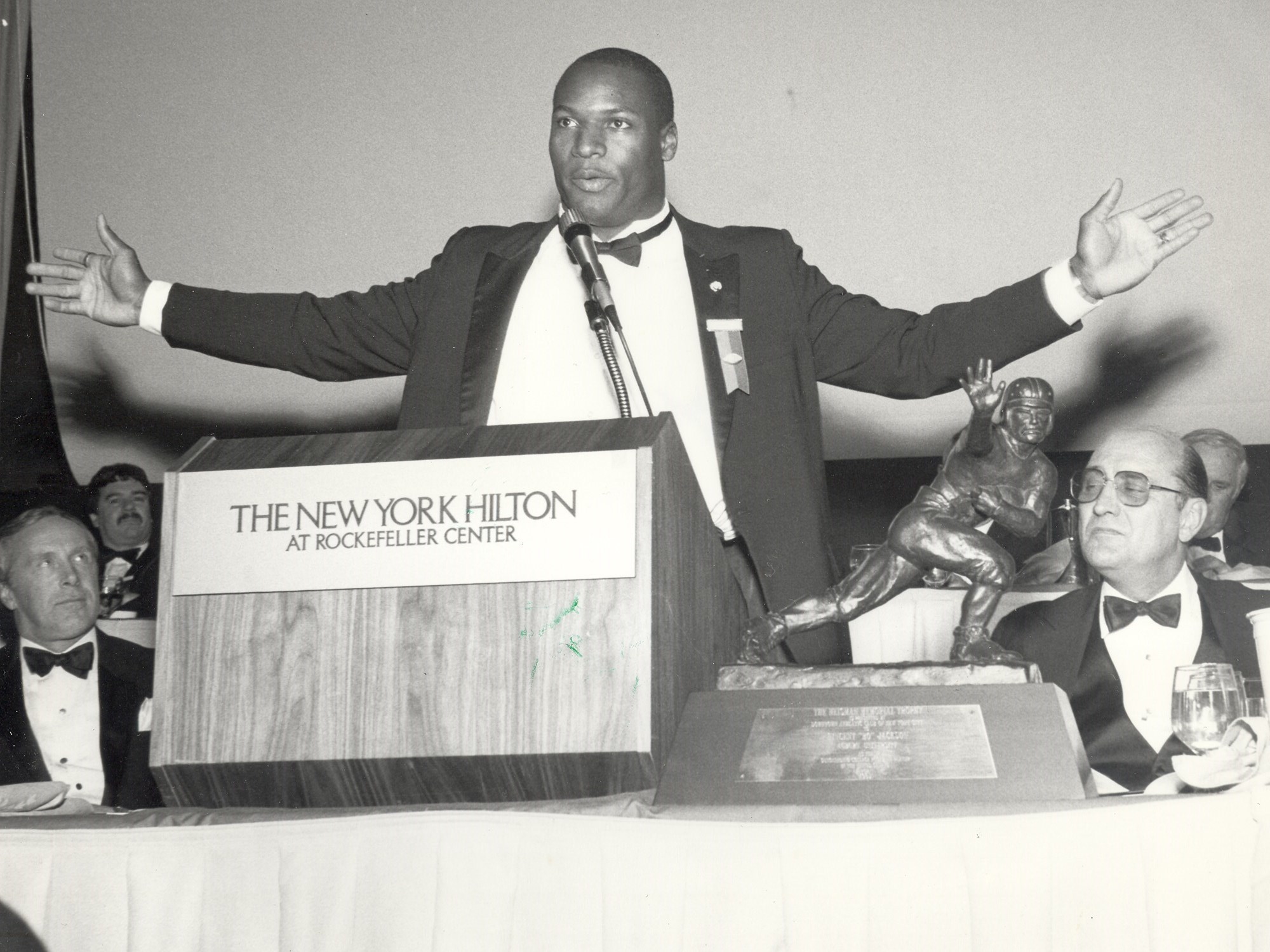 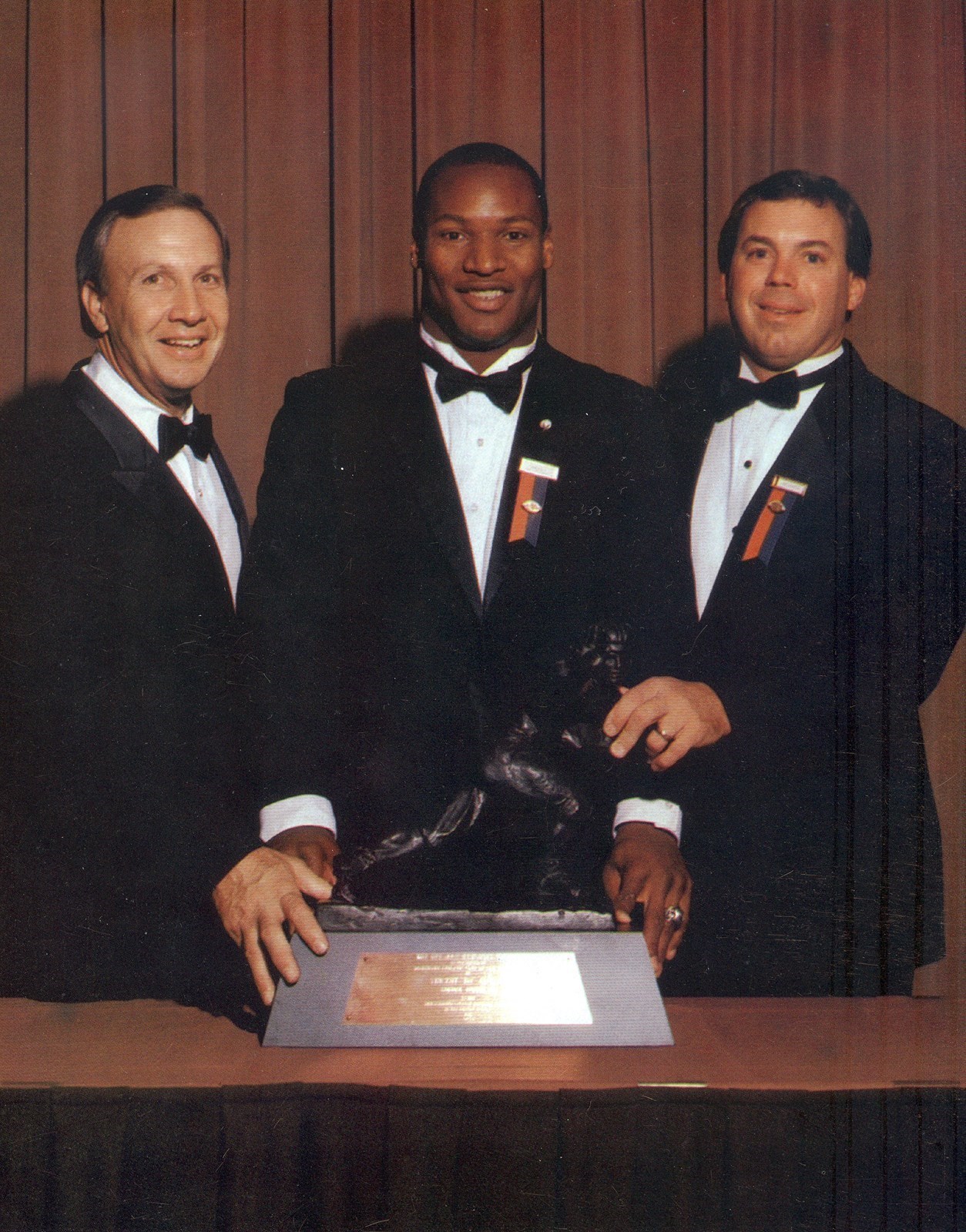