Ward won Florida State’s first Heisman Trophy after a stellar season that saw him lead the Seminoles to an 11-1 record and a No. 1 AP ranking.

One of the most decorated players in the history of college football, Charlie Ward won literally every award he was eligible for as a senior quarterback on Florida State’s 1993 National Championship team. In addition, Ward was the sparkplug on three Seminole NCAA Tournament basketball teams.

He’s the only Heisman winner ever to play in the NBA.

A native of nearby Thomasville, Ga., Ward won the Heisman in 1993 after completing 69.5 percent of his passes for 3,032 yards with 27 touchdowns and only four interceptions. Ward margin of victory was a massive 1,622 points, second at the time only to O.J. Simpson’s 1,750 point win in 1968. He also won the Davey O’Brien and Johnny Unitas Golden Arm Awards and was named Walter Camp Player of the Year and Toyota Leader of the Year. He is only the second college football player ever to win the Sullivan Award given annually to the nation’s top amateur athlete.

After winning the Heisman, Ward guided the Seminoles to an 18-16 victory over Nebraska in the Orange Bowl, giving FSU and head coach Bobby Bowden its first-ever national title.

On the basketball court, Ward pushed the Seminoles to the brink of the 1993 Final Four, falling one game shy. He also started on FSU’s Sweet 16 team in 1992 and hit the game-winning shot in its Metro Conference Tournament Championship game win over Louisville in 1991. Ward long held Seminole basketball records for steals in a game (9) and career (236) and ranks sixth all-time in assists (396).

Ward passed over an NFL career and was drafted in 1994 by the New York Knickerbockers of the NBA, who selected him as the 26th overall pick. His 12-year NBA career also included stops with the Spurs and Rockets.

(+) Neutral Site
(**) Ward was injured late in the first half against Wake Forest and sat out the next week at Maryland.
(^) Ward caught 1 pass for 10 yards against Notre Dame. 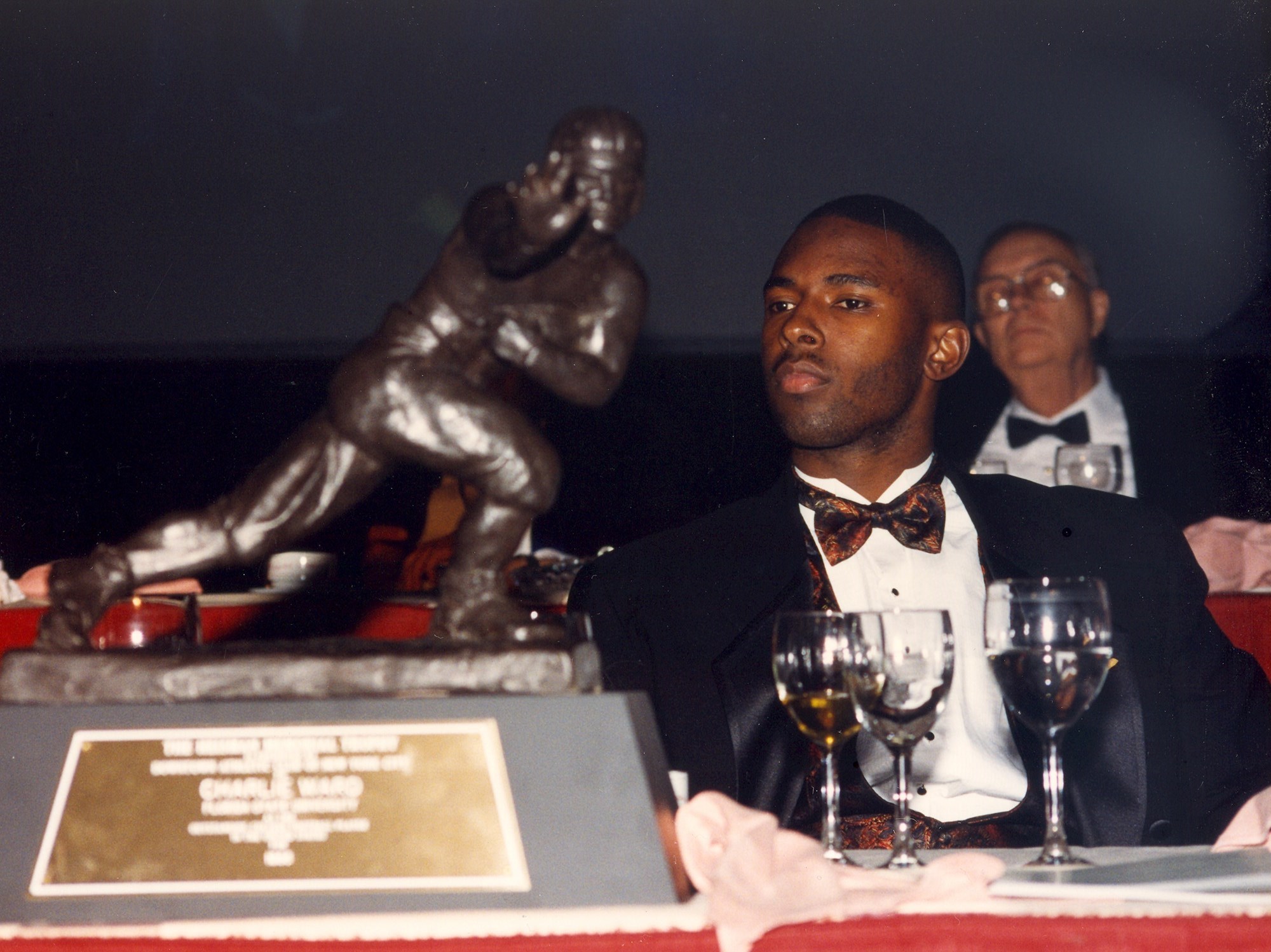 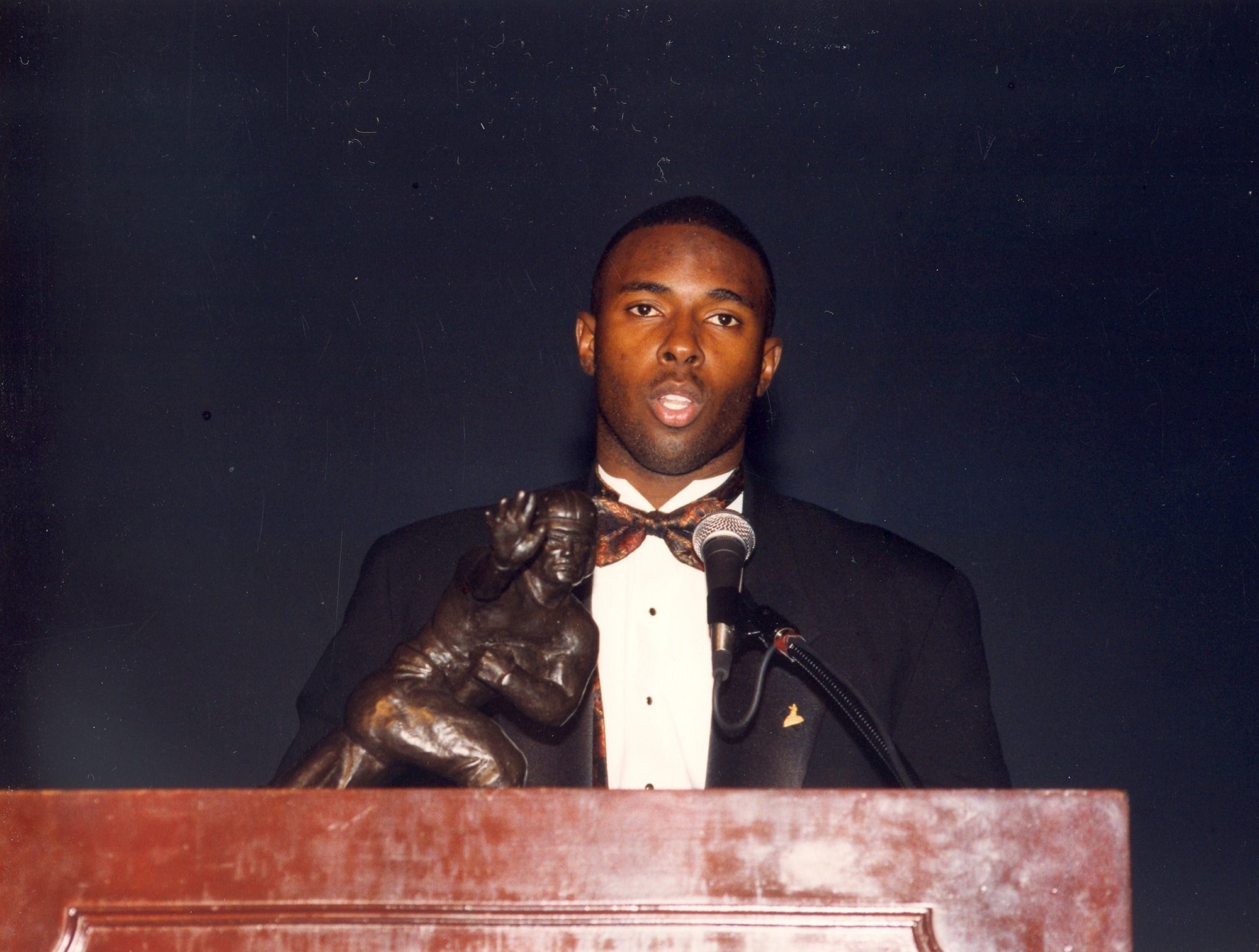 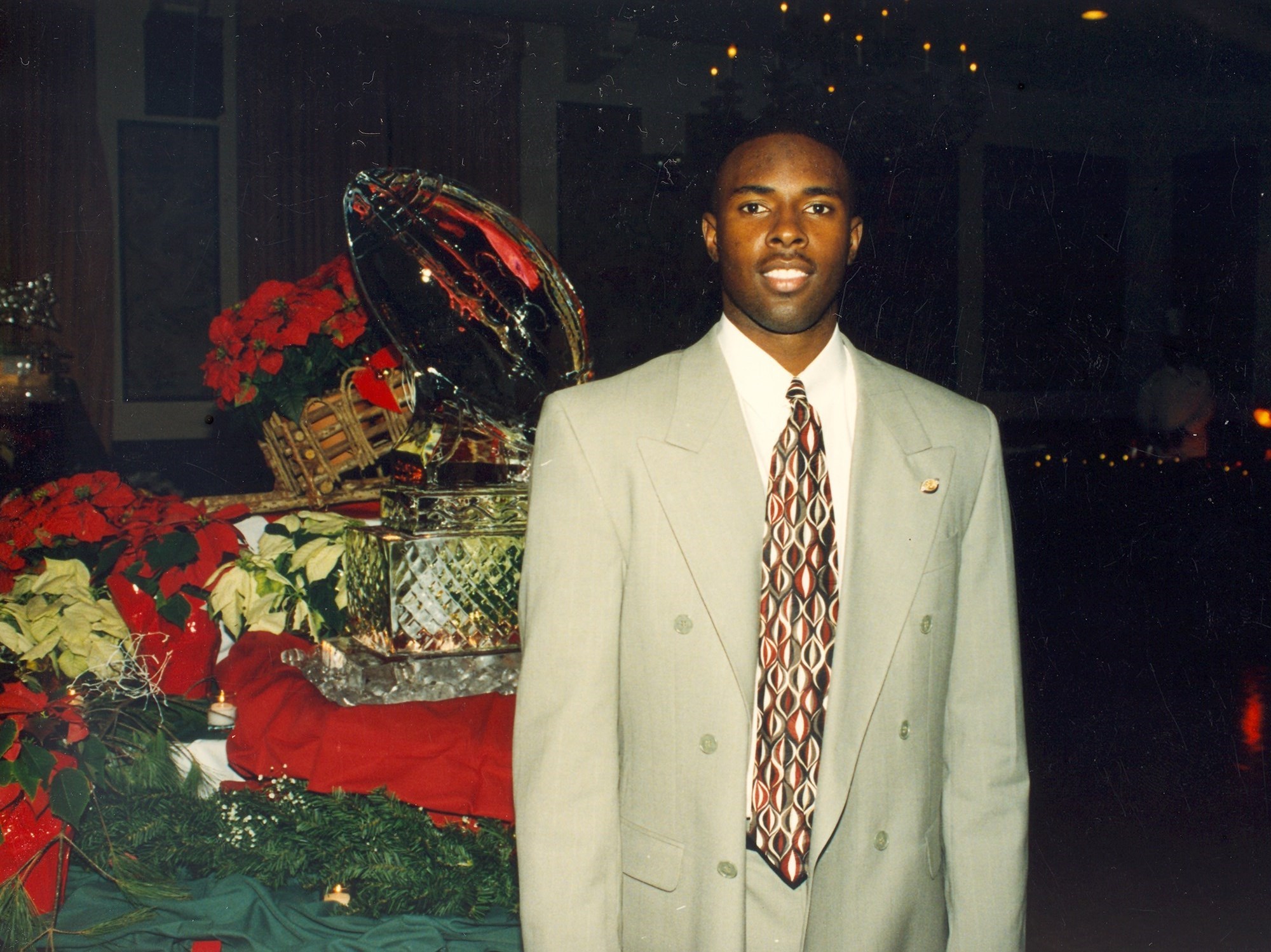 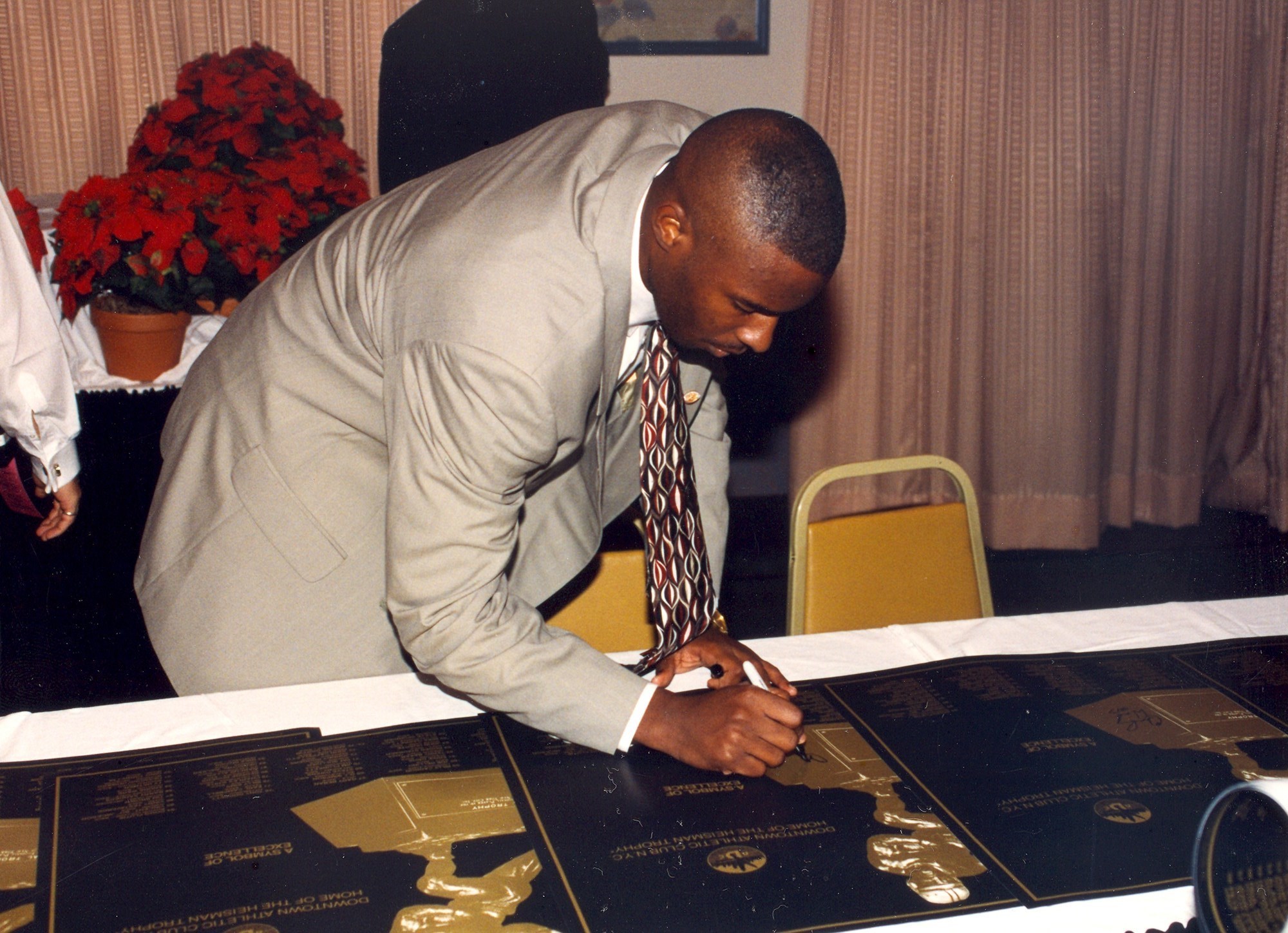 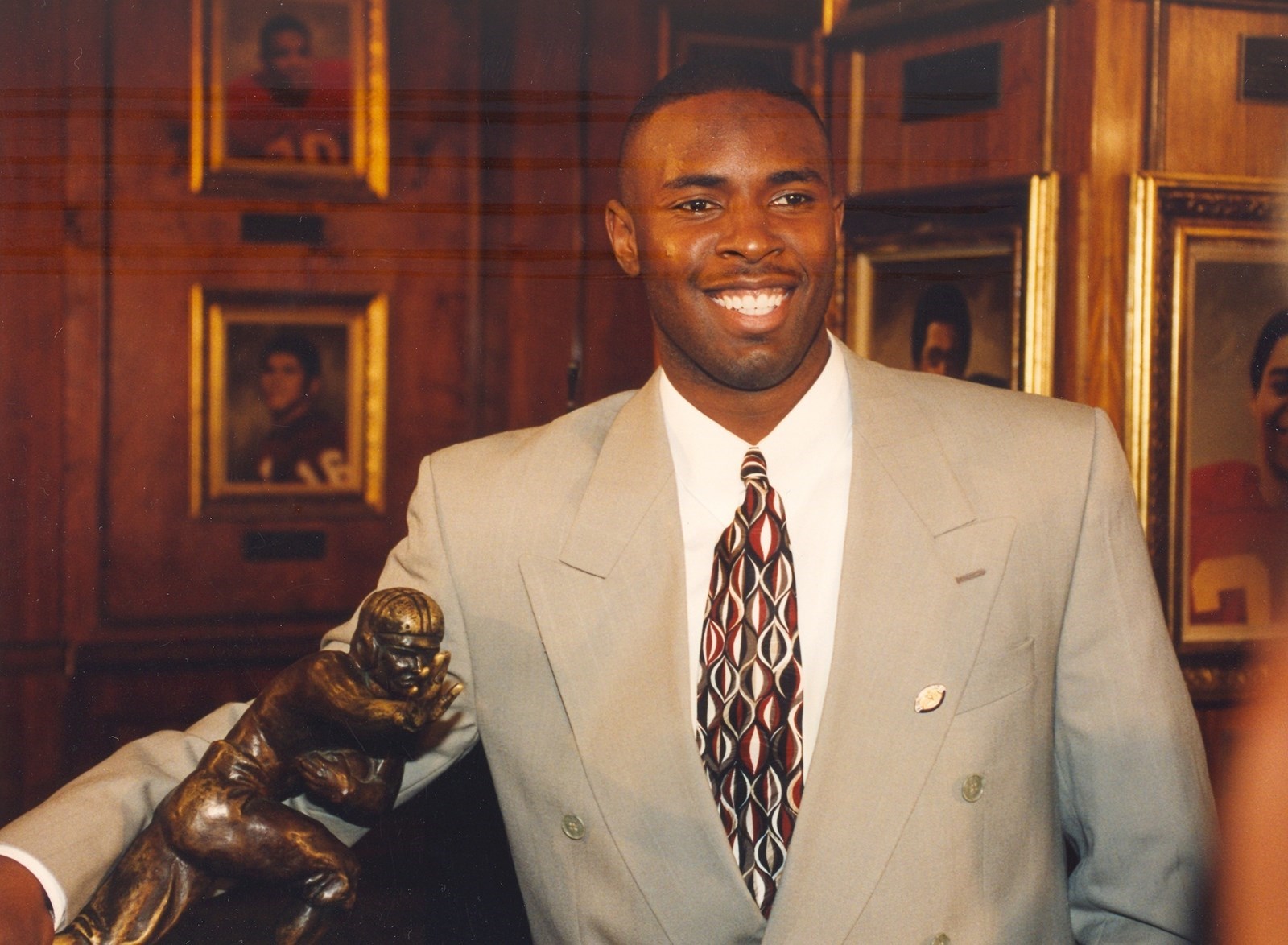