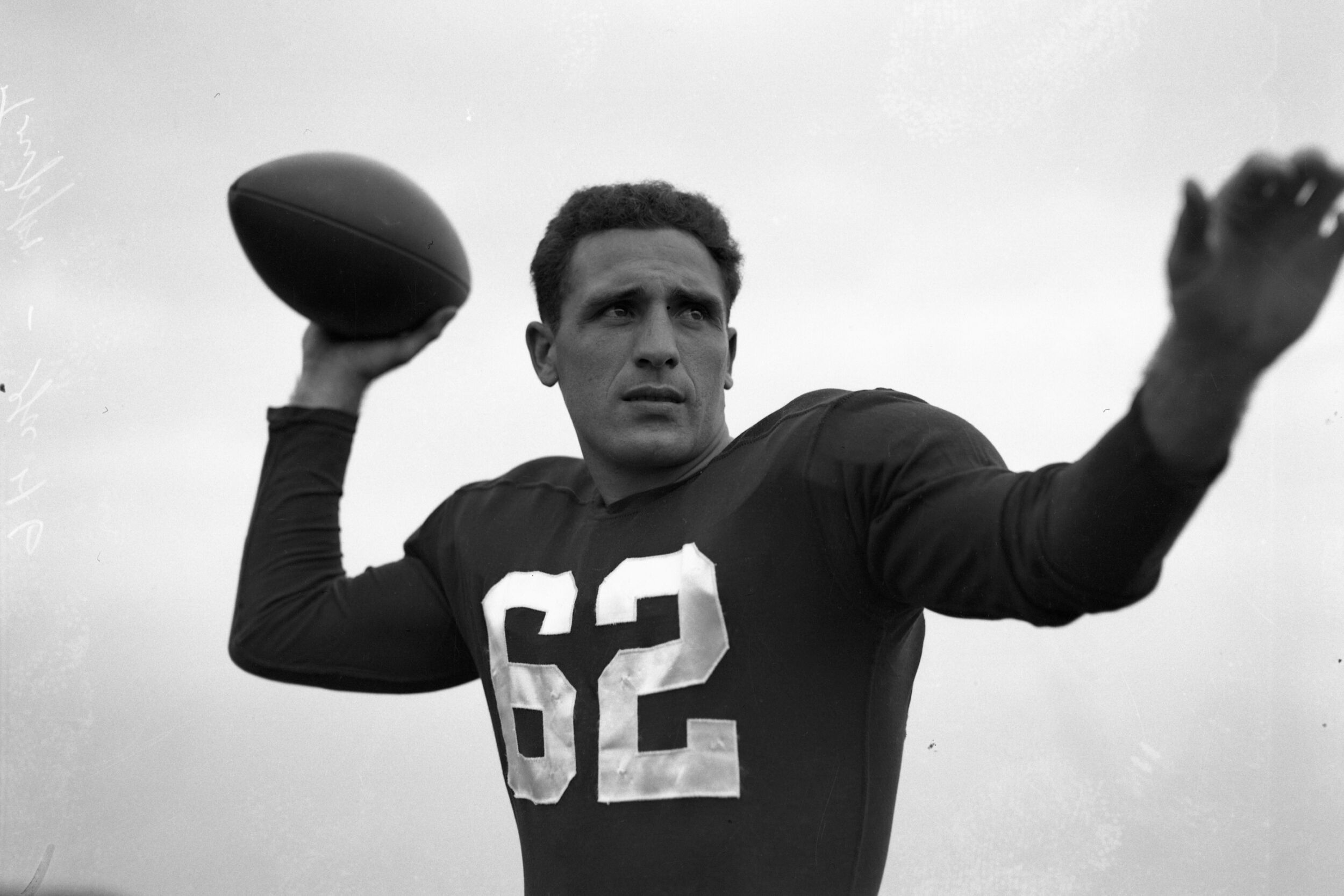 The list of Heisman Trophy runners-up, a unique group that includes just four men who ultimately won the award, is made up of stories and accomplishments just as impressive as the prestigious group of winners themselves.

Interestingly, there have been only 17 Heisman runners-up who returned to play college football after finishing second for the trophy.

One such inspiring second-place finisher was Georgia’s Charley Trippi, who finished behind Davis in the 1946 voting.

Trippi died this week at the age of 100 and has been remembered as one of the top pro football  players of his era.

Trippi’s first big introduction into college football lore was chiefly due to an injury to teammate and 1942 Heisman winner Frank Sinkwich.

Sinkwich led the Bulldogs during a brilliant 1942 season – he combined to throw and rush for 26 touchdowns – that saw him run away with the Heisman while leading Georgia to its first Rose Bowl appearance.

But Sinkwich was injured leading up to the Jan. 1, 1943 date with UCLA and only saw limited action in the contest.

In came Trippi to make his college football debut in the game, amassing more total yards than the entire Bruin team and playing all but two minutes of the game. He was subsequently named Player of the Game.

He spent two years in the military during World War II, but returned to Georgia in 1946, leading the Bulldogs to their first unbeaten season. Though he finished second to Davis in the Heisman balloting, he won the Maxwell Award and the Walter Camp Trophy.

He went onto a Hall of Fame career (and was elected to the Pro Football Hall of Fame in 1968) with the Chicago Cardinals, leading them to two league championships in his first two seasons.