Palmer became USC’s fifth Heisman winner — and first since 1981 — while helping lead the Trojans to their most wins and highest ranking since 1979.

Born in Laguna Niguel, Calif., the 6-foot 5-inch Palmer was a star football and basketball player at Rancho Santa Margarita High. By his senior year in 1997, he was considered one of the top quarterbacks in the country, as he threw for 2,685 yards and 31 touchdowns while leading his team to its second-straight state title.

Palmer signed with USC in the spring of 1998 and was immediately thrust into a key backup role as a true freshman. He started the final five games for the Trojans and finished with 1,755 passing yards and seven touchdowns.

Expectations were high heading into his sophomore season and Palmer got off to a nice start, but he broke his collarbone in the third game against Oregon and was lost for the rest of the year. He finished with 490 yards and three touchdowns, but was allowed to redshirt. Palmer threw for 2,914 yards and 16 touchdowns as a 2000 sophomore and 2,717 yards and 13 touchdowns as a 2001 junior, but it seemed that his awesome physical potential was taking forever to be realized.

But 2002 changed all that. Palmer blossomed into an elite player thanks to the tutelage of famed offensive coordinator Norm Chow. The strong-armed Palmer threw for 3,639 yards and 32 touchdowns as the Trojans finished 10-2 and earned a trip to the Orange Bowl. Palmer got especially hot in the second half of the season, throwing 19 touchdowns in the final six games — including four in a key win over Notre Dame — to take home the Heisman against a tough field that included Larry Johnson and Willis McGahee.

Palmer was later the MVP in USC’s bowl victory over Iowa, which gave the Trojans a No. 4 ranking — their highest finish in the polls since 1979.

Palmer wound up the Pac-10’s career passing and total offense leader and set numerous USC career records along the way. He went on to be the number one pick in the 2003 NFL Draft by Cincinnati, where he played for several years before productive stints at Oakland and Arizona. 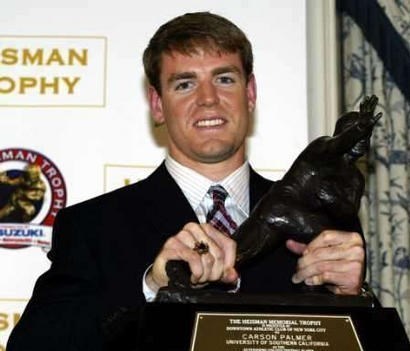 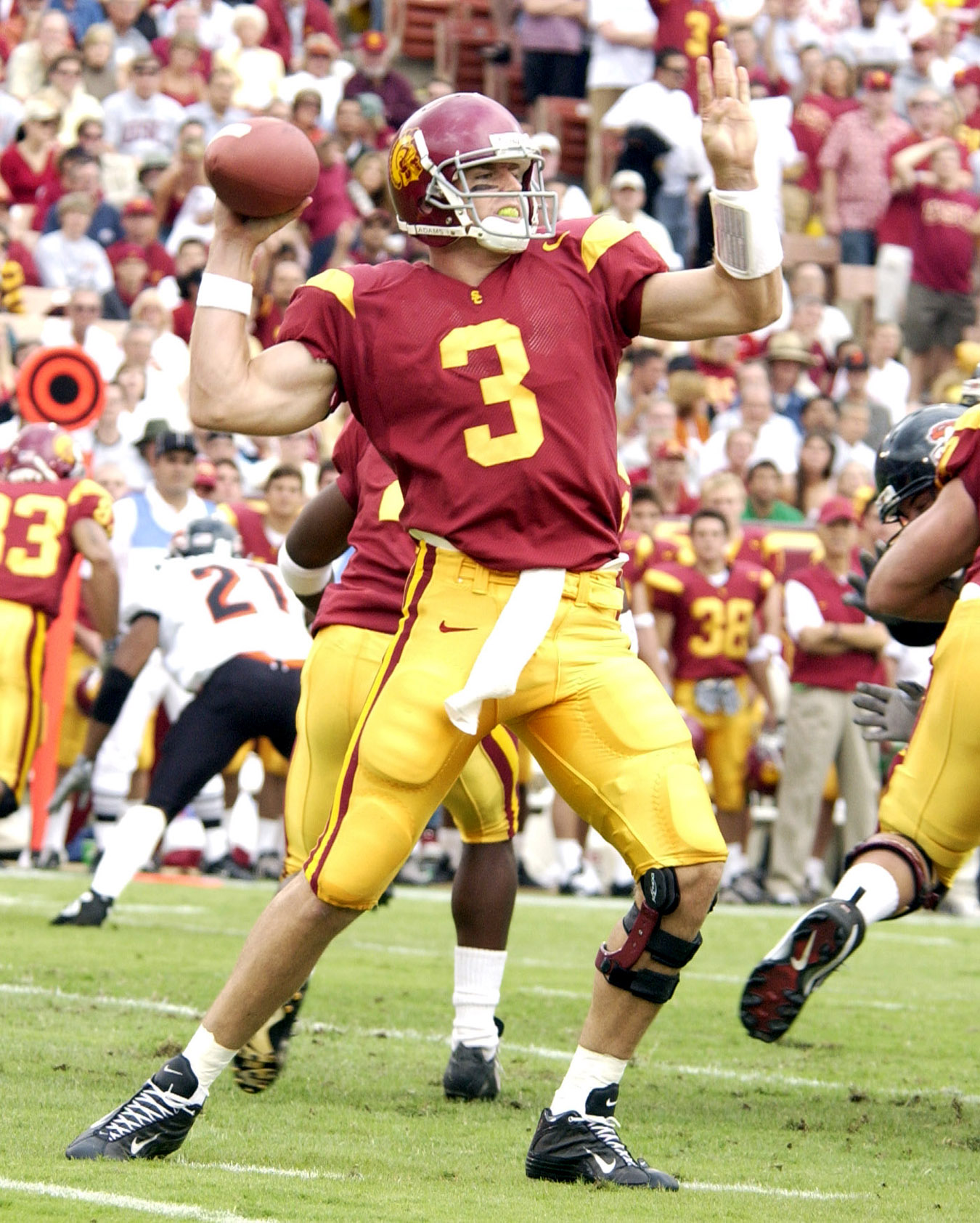 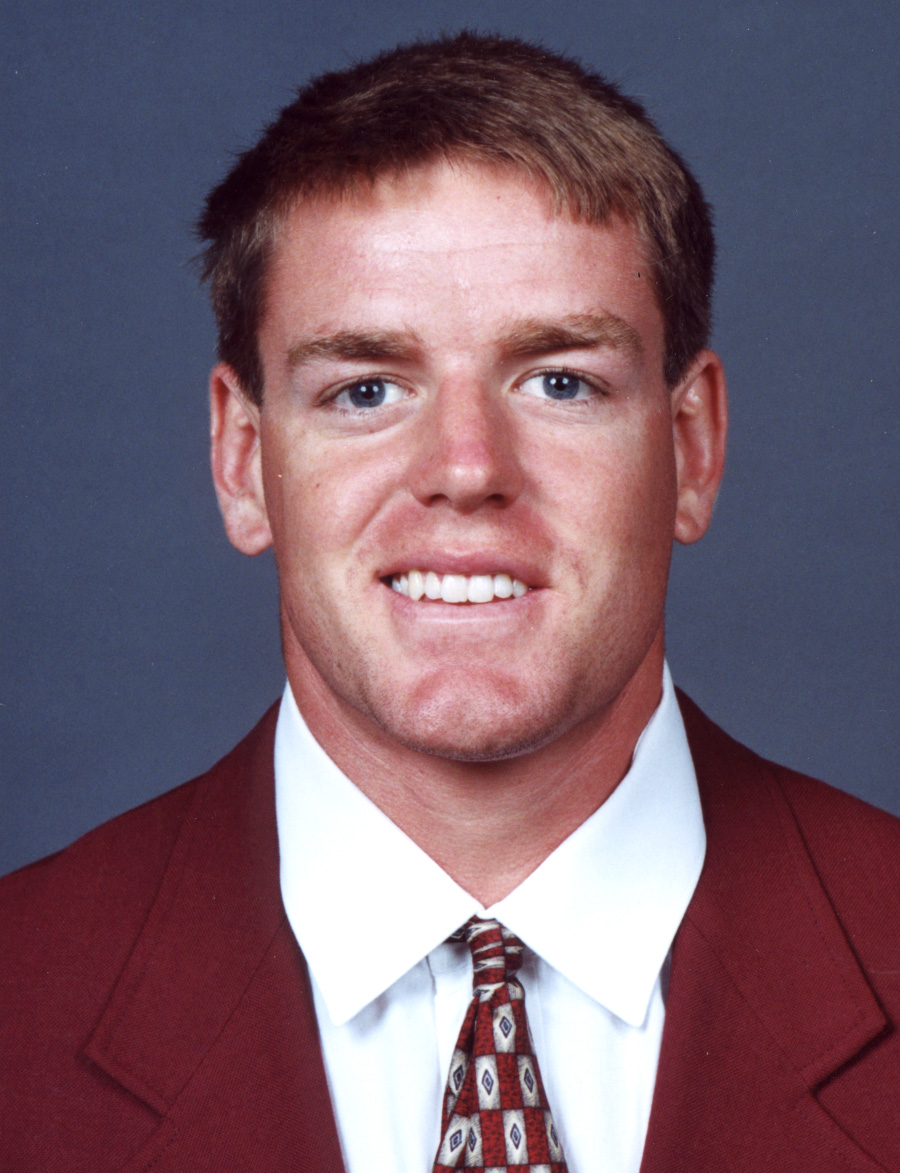 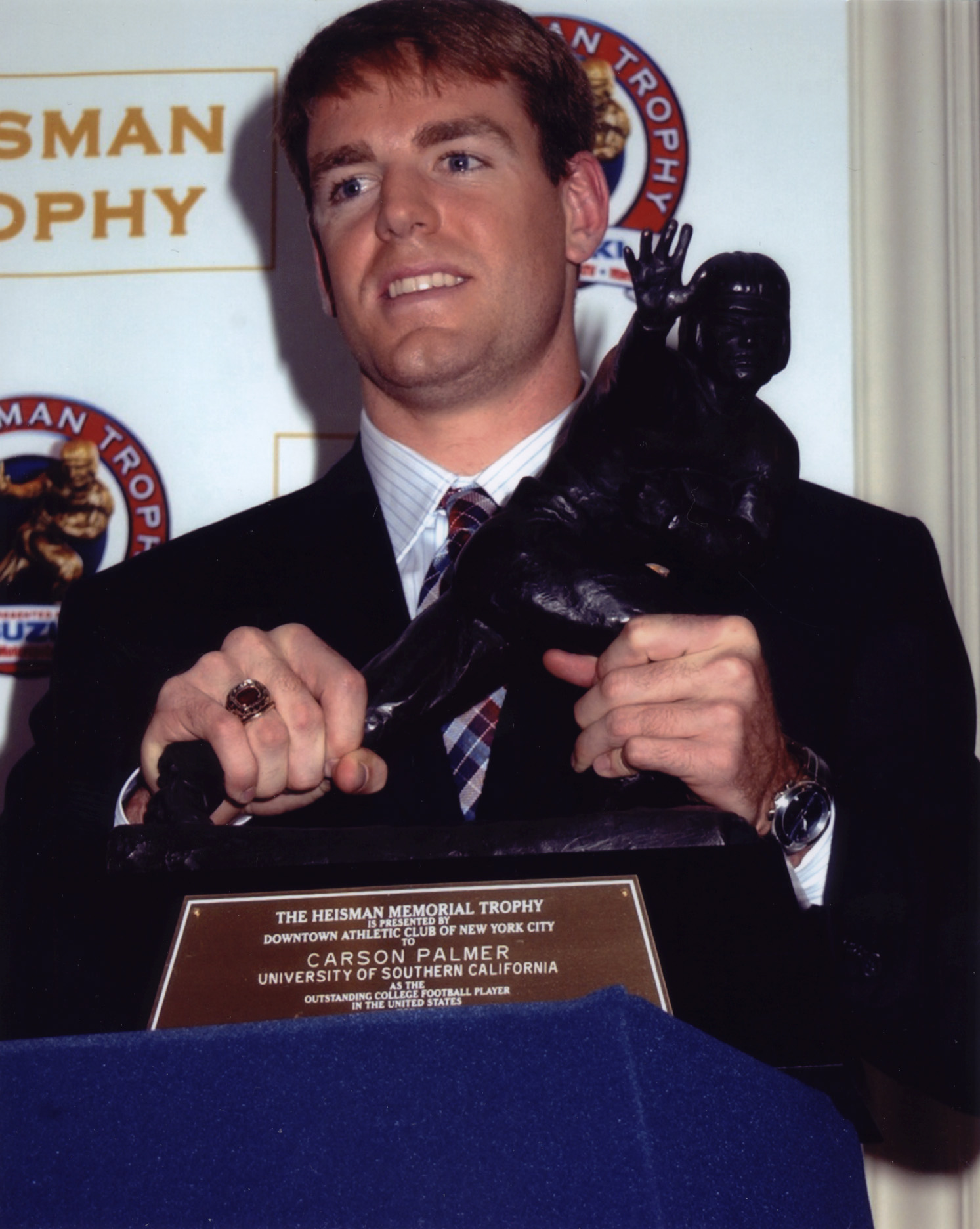