He is the only Heisman winner to be awarded a sixth season of eligibility.

Raised in Tuttle, Oklahoma, White attended Tuttle High, where he was an all-state quarterback as a 1999 senior.

The 6-2, 220-pounder accepted a scholarship to attend Oklahoma and showed enough promise as a true freshman to serve as Josh Heupel’s backup. But he hurt his ankle and was redshirted. He backed up Heupel again in 2000 and appeared in two games as the Sooners won the national title, but he did not attempt a pass.

White was beat out by Nate Hybl for the starting quarterback job in 2001 but found his way onto the field after Hybl got hurt against Texas. White started the next three games and performed admirably before getting knocked out for the season by an ACL tear. He finished 2001 with 681 passing yards and five touchdowns.

The starting job was White’s in 2002 but he tore his ACL in his opposite knee in game two against Alabama.

With two ACL surgeries under his belt, White seemed a true long shot to get through the 2003 season healthy, much less to be as productive as he was. Playing mostly out of the shotgun due to his lack of mobility, White threw for 3,744 yards and 40 touchdowns with just eight interceptions as the Sooners rolled to an undefeated regular season and a BCS title game berth. He was the Associated Press Player of the Year, a unanimous All-American, the consensus Big 12 Offensive Player of the Year, the Davey O’Brien Award winner and the Jim Thorpe Courage Award recipient.

And, of course, he beat out Pitt’s Larry Fitzgerald to win the Heisman Trophy.

But that wasn’t all for White. He was granted an extra year of eligibility due to his numerous injuries and he came through with another big season in 2004, throwing for 3,205 yards and 45 touchdowns while finishing third in the Heisman vote.

He left Oklahoma as its all-time leader in passing yards and touchdowns.

Due to his injury history, White wasn’t drafted by the NFL and he retired from football in 2005.

He is currently a businessman in Oklahoma. 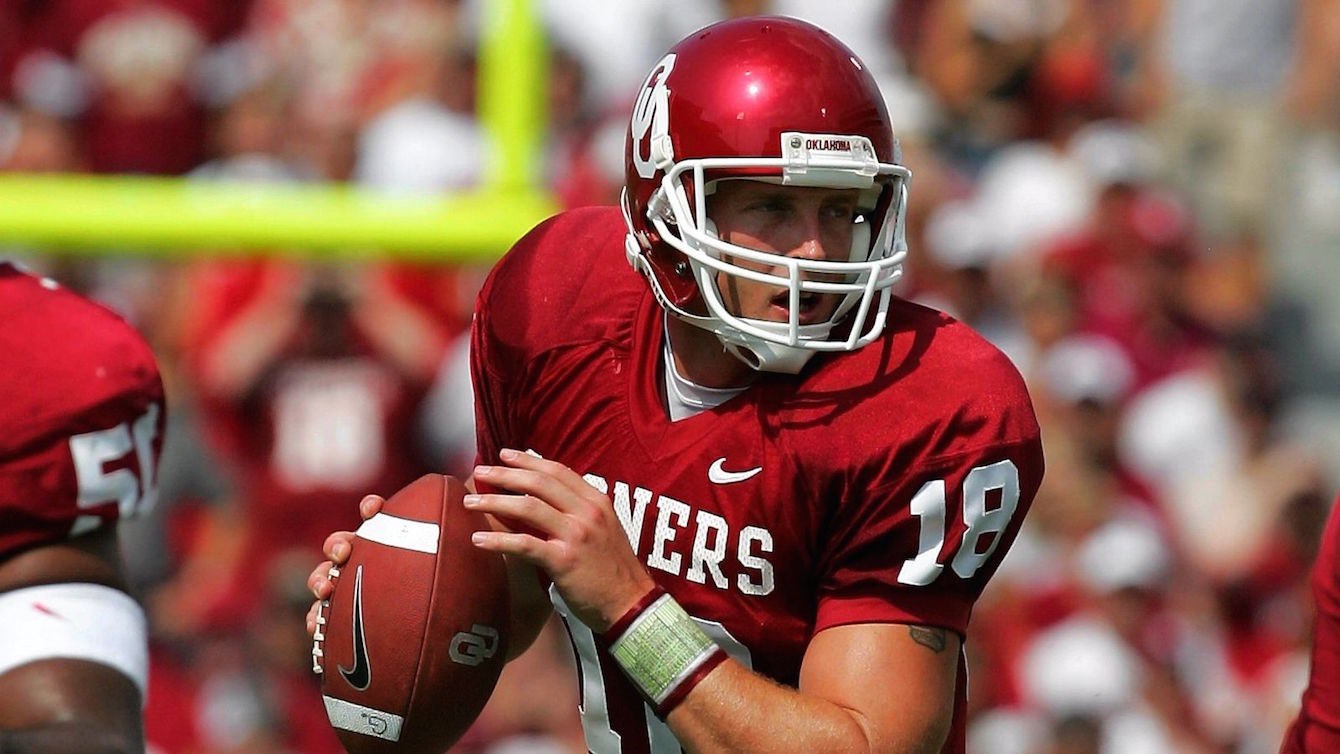 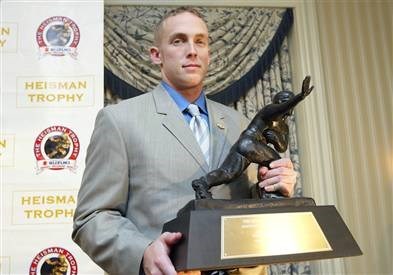