Allen became the fourth USC running back to win the Heisman while becoming the first player to rush for over 2,000 yards in a single season. He is arguably the most decorated player in the history of football as he is the only player to win a national title, a Heisman, a Super Bowl, a Super Bowl MVP award and an NFL regular-season MVP award.

The 6-2, 210-pound Allen was born in San Diego, Calif., where he was an all-star quarterback and safety at Lincoln High. In the 1977 San Diego Section 2A championship victory over Kearny, Allen rushed for 195 yards and scored all five of Lincoln’s touchdowns (one on defense).

The highly-coveted recruit signed with USC in the spring of 1978 as a safety, but was moved to tailback that fall. As the backup to Charles White, he carried the ball 31 times for 171 yards as the Trojans won the 1978 national title. He was moved to the fullback spot in 1979 and Allen responded with 649 yards and eight touchdowns while playing the role of lead blocker for White’s Heisman bid. As a 1980 junior, Allen moved back to tailback and promptly rushed for 1,563 yards and 14 scores while leading the nation in all-purpose yardage.

His senior season of 1981 was one of the greatest in Heisman history. He topped the 200-yard rushing mark in eight of 11 games and totaled 2,342 yards while scoring 23 touchdowns (while also catching 29 passes) as the Trojans finished 9-2 on the year.

Allen was awarded the Heisman as well as the Maxwell and Walter Camp player of the year awards. He finished his four college seasons with 4,669 rushing yards, 5,232 total yards, and 46 touchdowns, while averaging 5.2 yards per carry.

Drafted with the 10th pick of the 1982 first round by the Oakland Raiders, Allen played professionally until 1997, when he retired from the Kansas City Chiefs. He was the MVP of the 1984 Super Bowl and the NFL’s MVP in 1985.

Allen was elected to the National Football Foundation and College Hall of Fame in 1999. 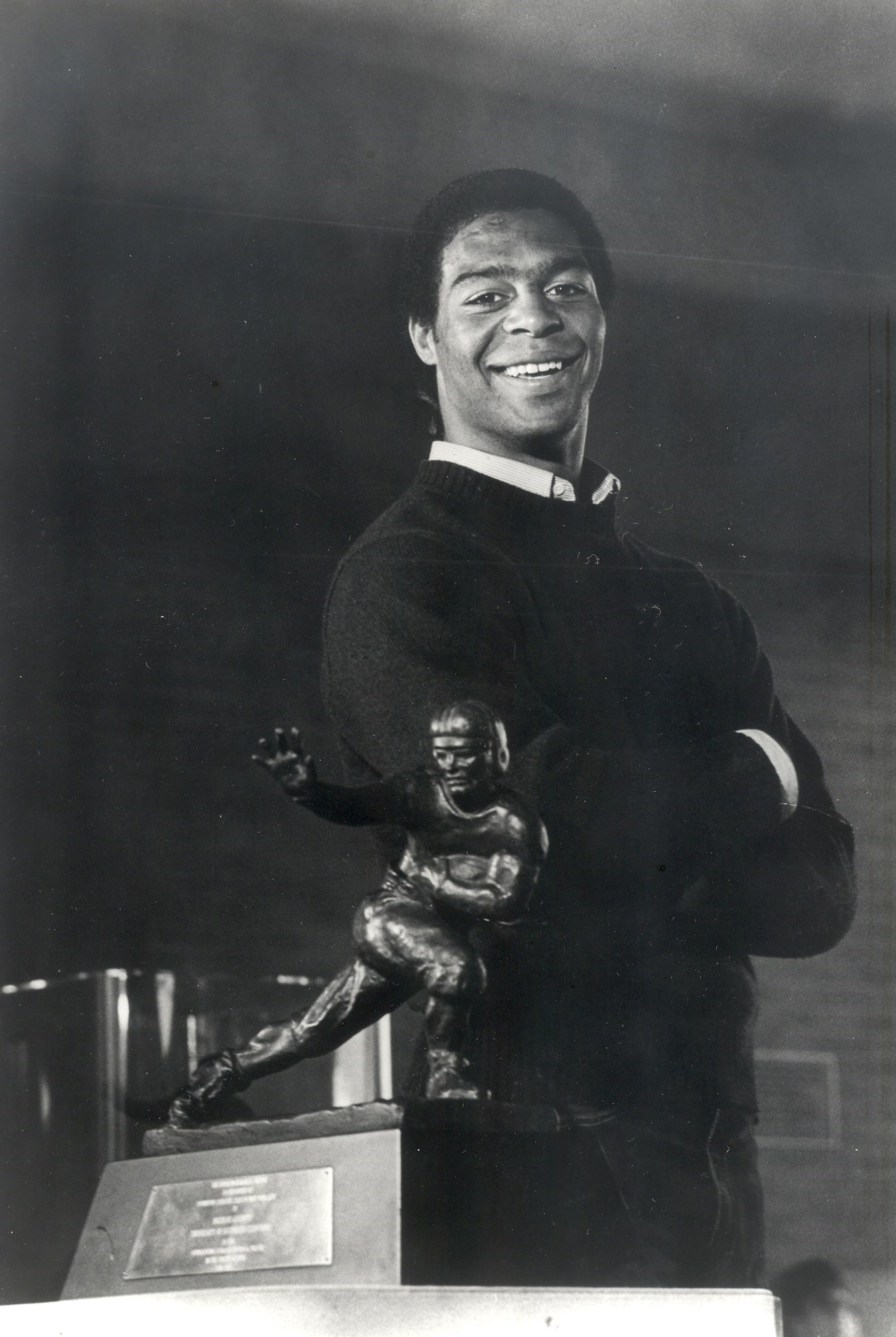 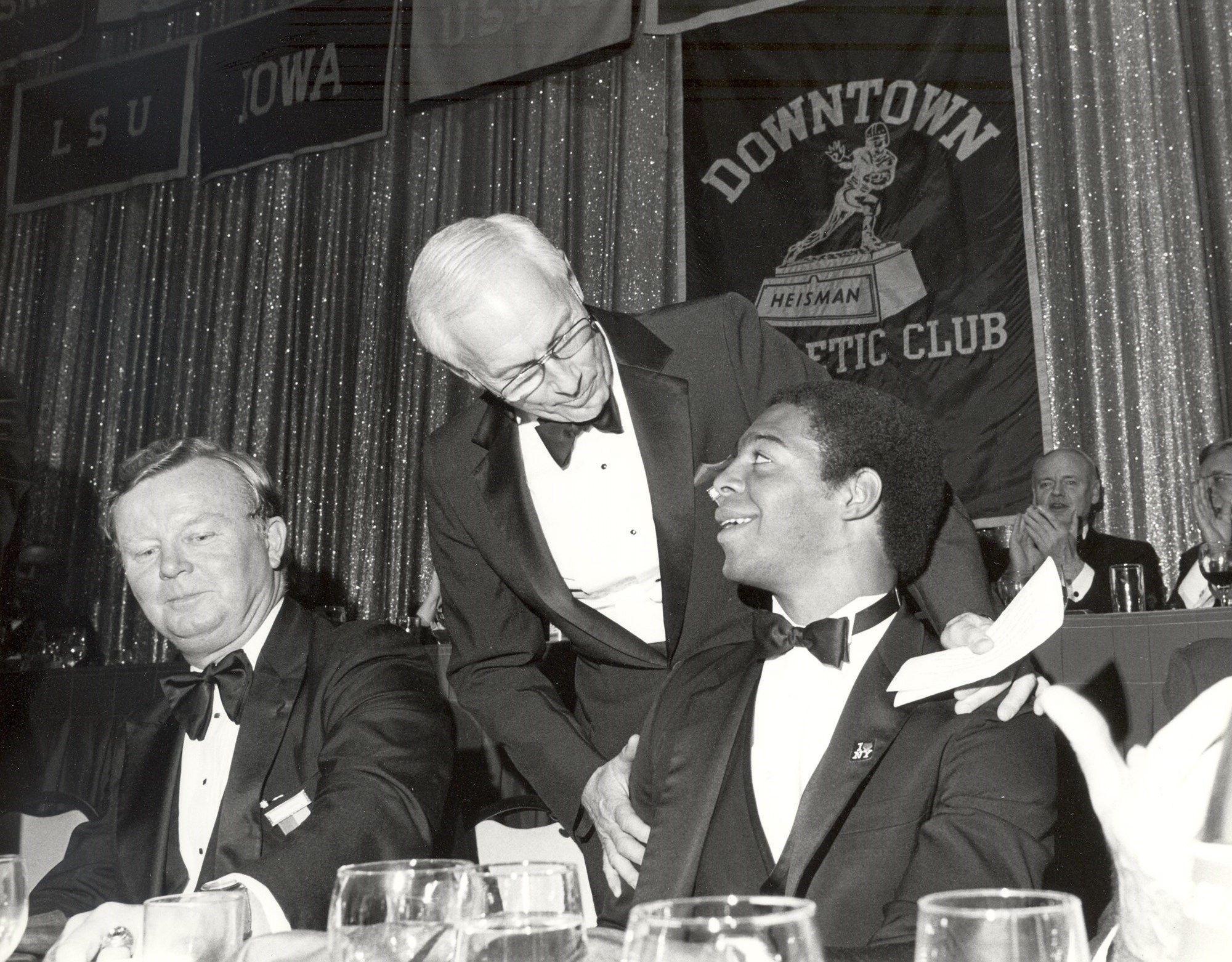 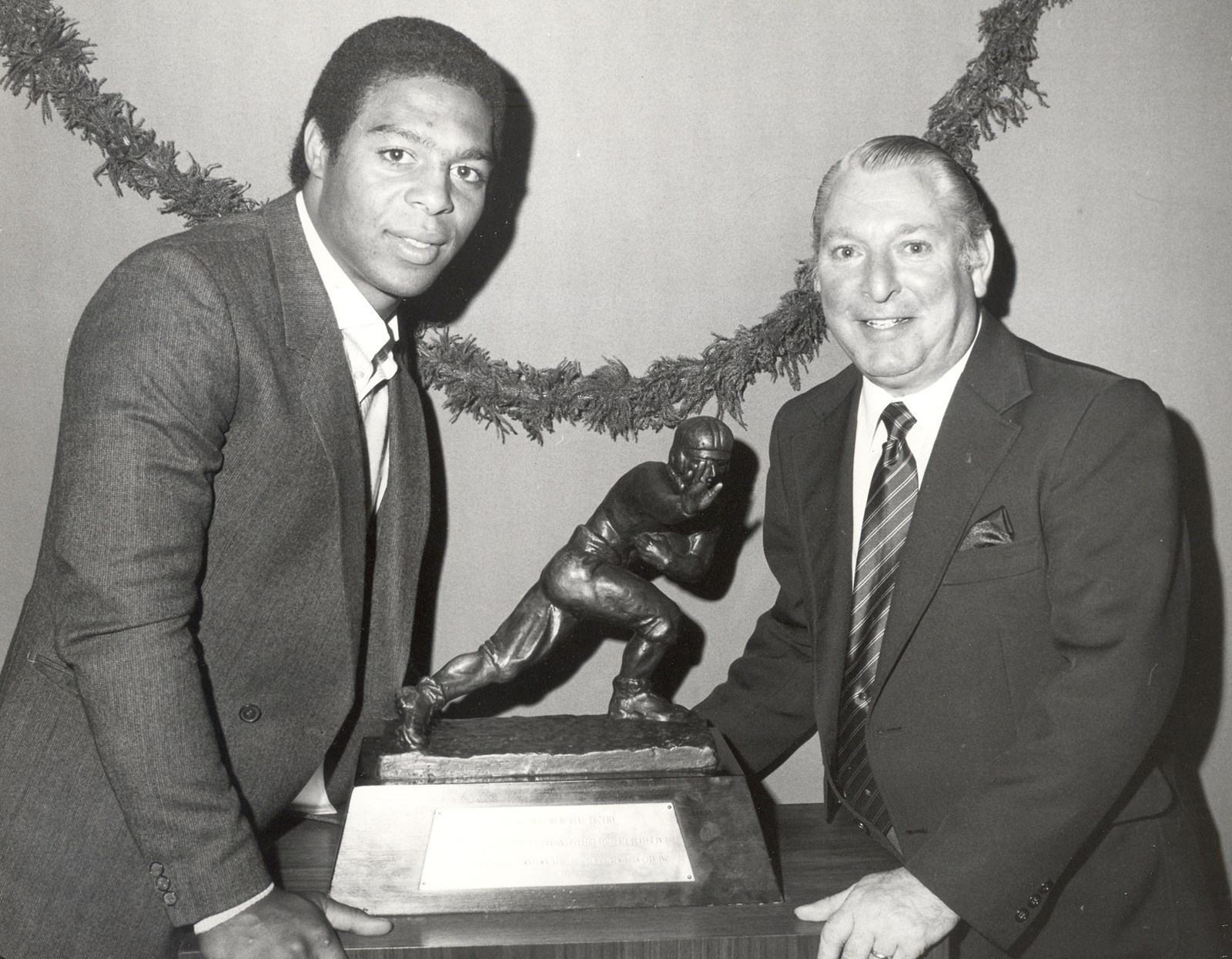