Dorsett won Pittsburgh’s first Heisman while setting the career NCAA rushing record that stood for 22 seasons. In the process, he also set or tied 18 collegiate rushing records — more than any other player in the history of college football.

The 5-10, 175-pounder grew up in Aliquippa, Penn., near Pittsburgh. He attended Hopewell High School, where he played football and basketball. He was named all-state as a 1972 senior after rushing for 1,238 yards and was highly-sought after by schools from around the country. He decided to stay close to home and play for Pittsburgh after Notre Dame head coach Ara Parseghian said he was ‘too small’ to play for him.

As a freshman in 1973, Dorsett rushed for 1,586 yards, the most ever by a college freshman, while recording the first 1,000-yard season in Pitt history. He helped lead Pitt to a surprising 6-4-1 regular season and a berth in the Fiesta Bowl.

In only his 15th game, early in his sophomore season, he broke Marshall Goldberg’s Pitt career rushing record of 1,957 yards. He rushed for 1,004 yards as a sophomore.

As a junior in 1975, he rushed for 1,544 yards in the regular season, including a memorable 303-yard performance against Notre Dame.

In the final seven games of his senior season, as Pitt was charging toward the national championship, he averaged 215 yards rushing per game en route to leading the nation in rushing with 1,948 yards. Having finished fourth in the Heisman balloting as a junior in 1975, Dorsett became Pitt’s first Heisman Trophy winner in 1976. He earned 701 of a possible 842 first-place votes for an overall total of 2,357 points, finishing far ahead of second-place finisher Ricky Bell of USC (1,346 points).

He established the NCAA’s all-time career rushing record with 6,082 yards, a mark that stood for 22 years. (His overall total at Pitt, including his yardage from three bowl games, was 6,526.)

He became the first player in football history to win the Heisman, a college national championship and a Super Bowl, as well as receive Hall of Fame enshrinement on both the college and professional levels. Dorsett received each of his Hall of Fame inductions in 1994. 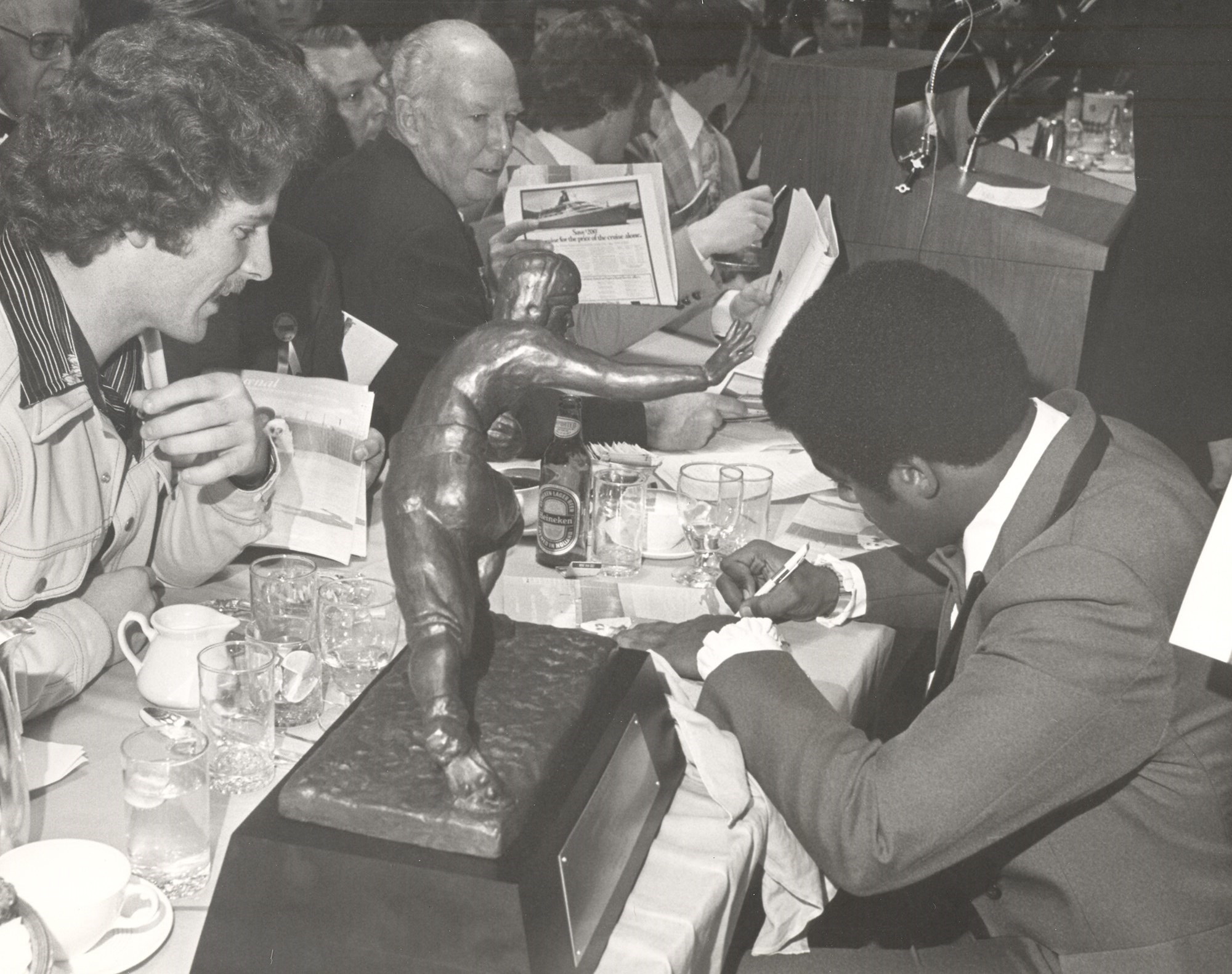 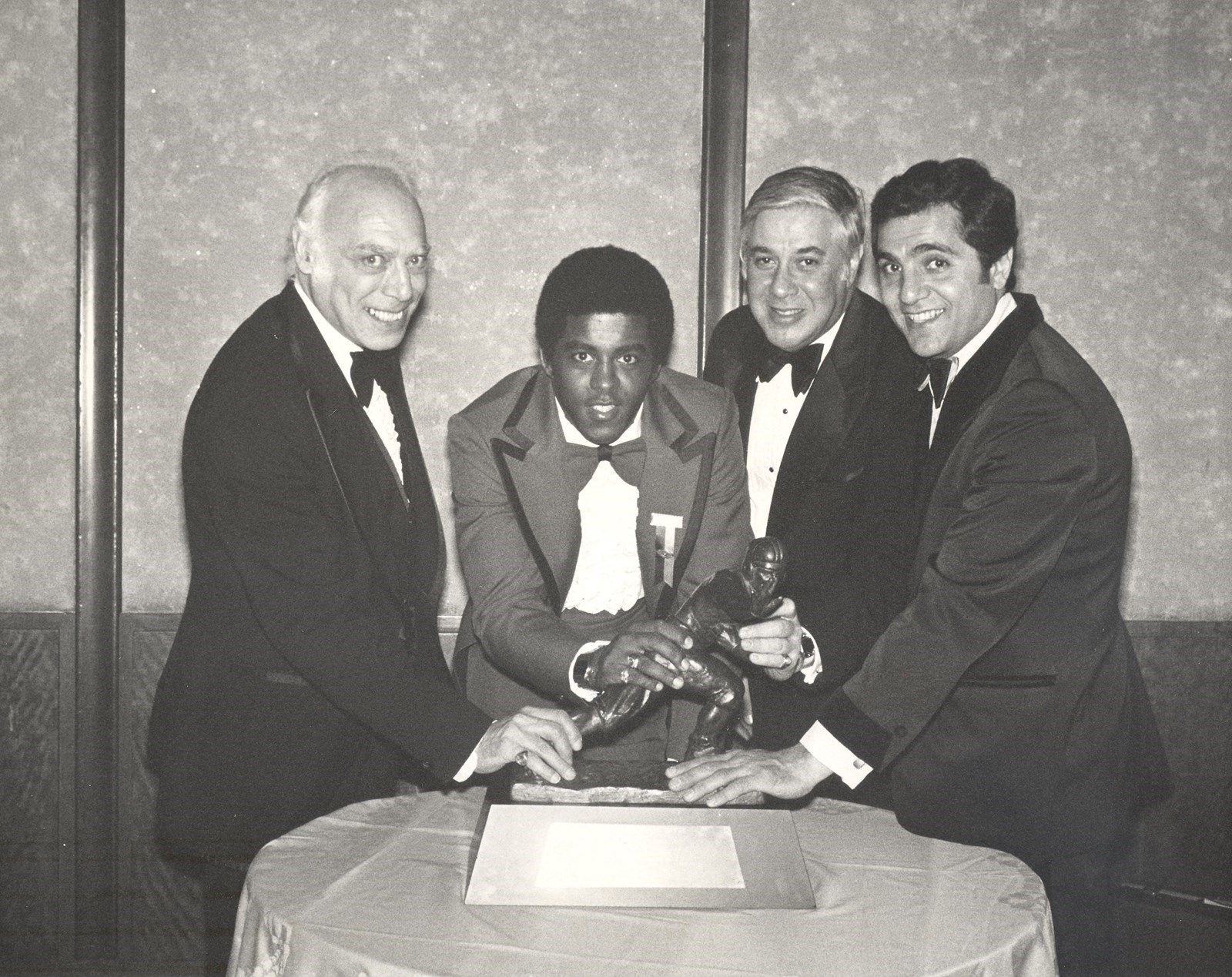 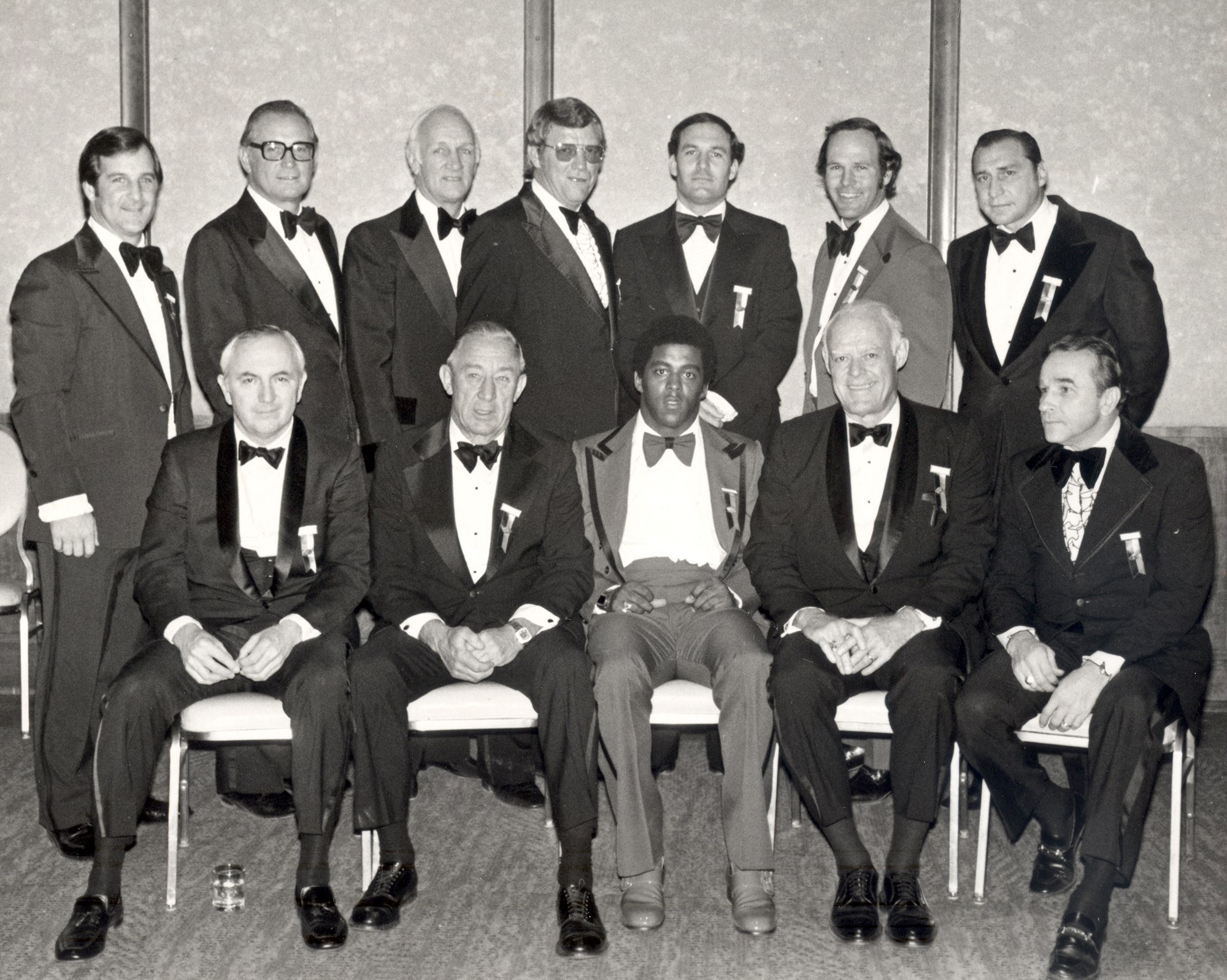 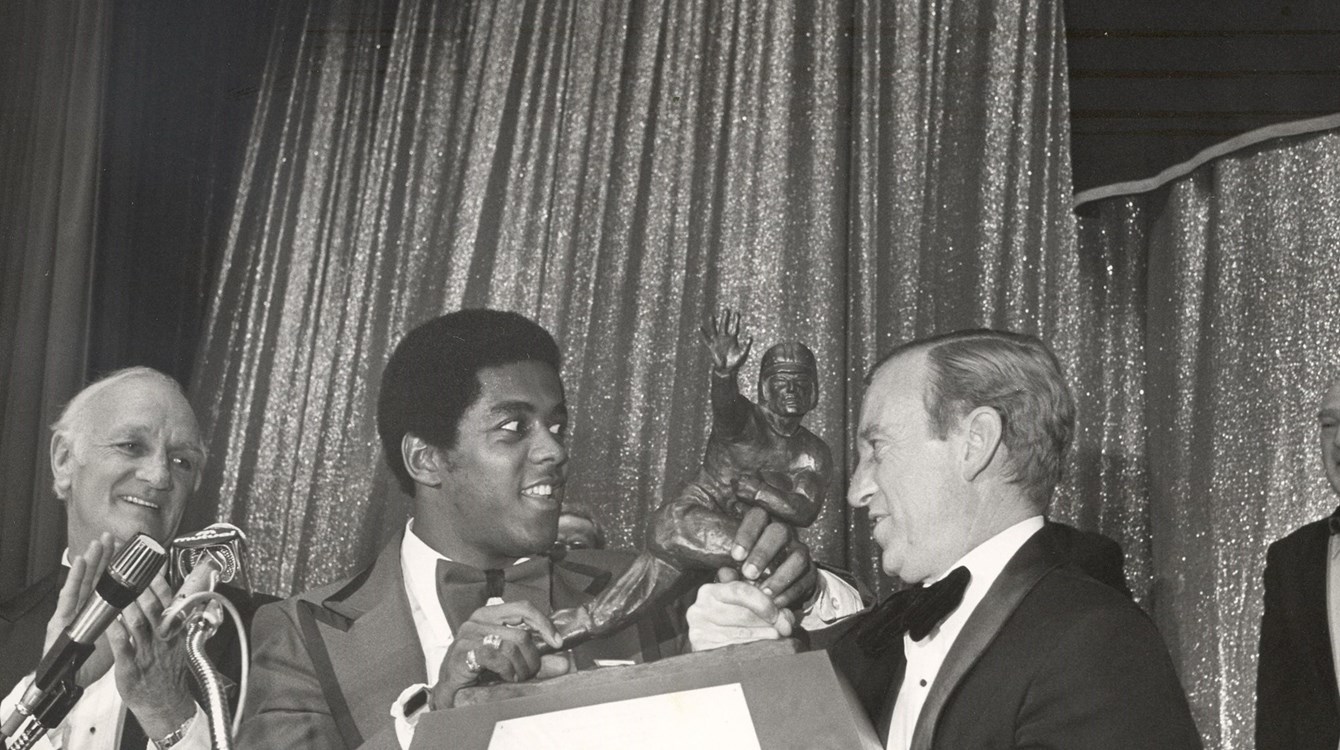