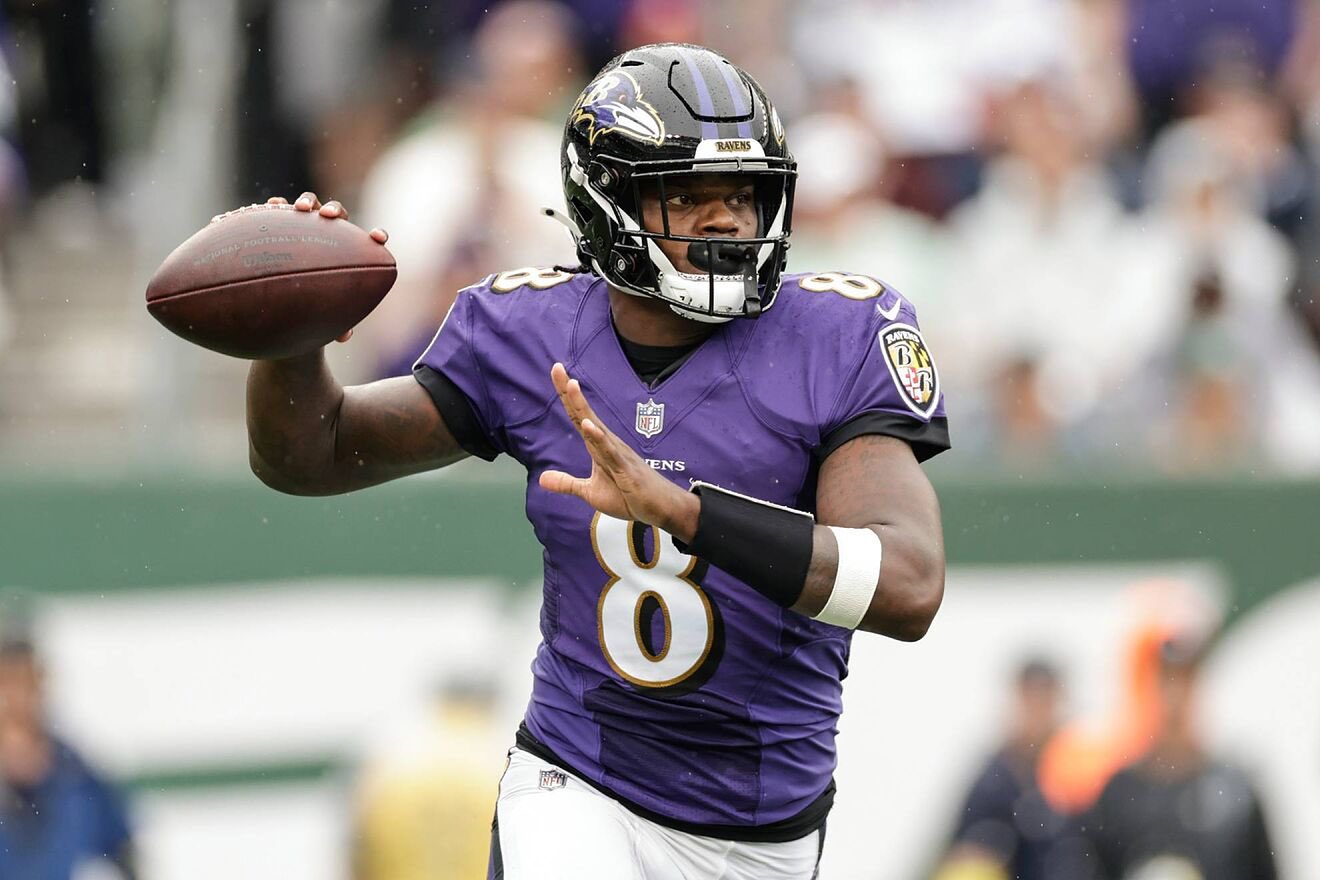 Heisman winners in the NFL are playing an outsized role in the first third of the 2022 season.

It’s hard to start anywhere other than 2016 winner Lamar Jackson. The Baltimore QB, in his fifth year in the league, has produced a season’s-worth of highlight plays. He has passed for 1067 yards and 12 touchdowns while rushing for another 374 on 49 carries for a 7.6 clip with two more rushing TDs.

As a quarterback, he is ninth in the league in rushing.

Three spots ahead of him is 2015 Heisman winner Derrick Henry, who has gained 408 yards on an NFL-high 104 carries in five games, scoring five TDs on the ground. He also has 10 receptions for 121 yards.

Henry’s five rushing scores gives him 73 in his career in Tennessee, tied for the Titan/Oiler franchise record with Oiler great and 1977 Heisman winner Earl Campbell and one back of team-record holder Eddie George, our 1995 winner.

DeVonta Smith, the 2020 winner, is doing his part in Philadelphia’s 5-0 start with 28 receptions for 353 yards and one score.

In the quest to make the Cincinnati Bengals repeat AFC champs, 2019 winner Joe Burrow is a game out of first in the AFC North, a division led by Jackson’s Ravens. Burrow is 11th in passing yards with 1,316 and nine TDs.

Also 2-3 are the Cardinals, led by 2018 winner Kyler Murray. The fourth-year QB has thrown for 1,241 yards and six touchdowns while rushing for 133 yards and two more scores. His epic two-point conversion in Arizona’s comeback win over Las Vegas is among the league’s top plays. See below.

Baker Mayfield, in his first season in Carolina, has had a slow start, the Panthers 1-4 and Mayfield potentially missing time after an ankle injury in Week 5.

Marcus Mariota, the 2014 winner, is a starter again, now in Atlanta, and has the Falcons a game back of Tampa Bay at 2-3. He has thrown for 926 yards and four TDs while rushing for 156 yards and two scores.

And 2013 winner Jameis Winston and the Saints are tied with the Falcons. Winston has been riddled by a back injury this season. He played through the injury for three games but has missed the last two.

Teammate and dean of NFL Heisman winners, Mark Ingram (2009), has rushed for 144 yards on 38 carries this year with one score to go with six receptions.

Ingram is the NFL’s active career rushing leader with 8,022 yards and is 52nd overall on the NFL career list. Henry is in third among active players and 63rd overall with 7,205 yards. Henry just passed fellow Heisman winner George Rogers, who finished his career with 7,176 yards.