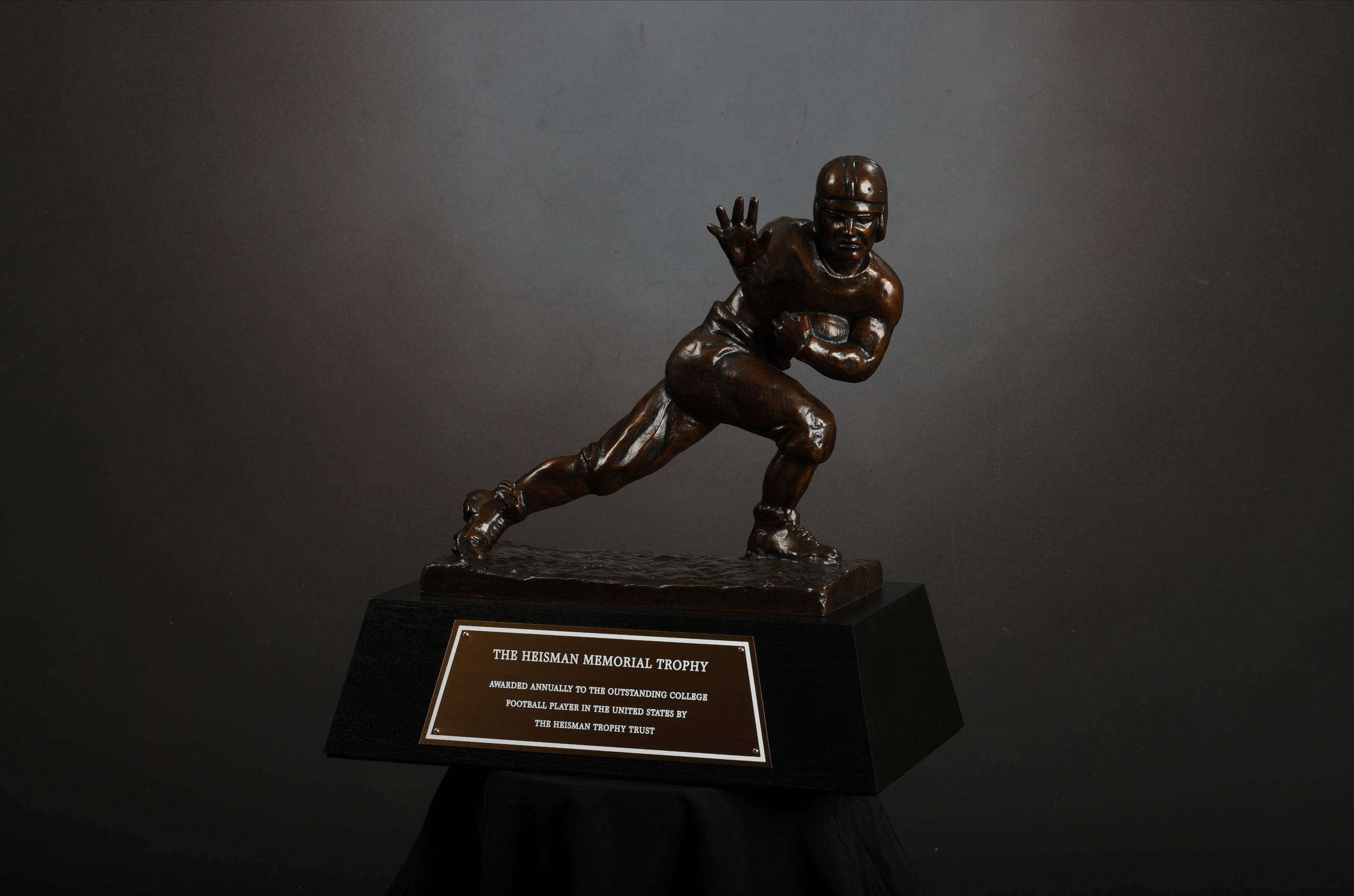 The 2022 college football campaign has crossed the 50-yard line, errrrrr, the halfway point of the season. Like most teams, we know more about the Heisman race in mid-October than we did in September.

But like any good coach, we’re preaching a week-by-week approach and not going to get ahead of ourselves, so let’s check the pulse of the Heisman chatter by checking in with the college football media world.

Much of the talk, not surprisingly, centers around 2021 Heisman Trophy finalist C.J. Stroud, who has led Ohio State to a 6-0 start and matched the Buckeyes win total with six TD passes in their 49-20 win over Michigan State on Saturday, also completing 21-of-26 passes for 361 yards.

Stroud is the first player in program history to toss half a dozen TD passes three times in his career, including against the Spartans last year as well.

He has a bye this week, but as Cleveland.com suggests, momentum is on his side. ESPN.com has him No. 1 here, as do many others. Yardbaker called it “his race to lose.” If he does, could it be to WR teammate Marvin Harrison Jr., who has 31 catches for 536 yards and nine touchdowns off Stroud’s arm.

Tennessee quarterback Hendon Hooker is elbowing his way into the conversation, moving the Volunteers to No. 6 in the country after a 40-13 win over LSU. He combined for just under 300 yards and threw two TD passes.

Hooker, No. 2 on the ESPN list, will have a chance to show on a big stage when the Vols take on Alabama Saturday. Speaking of the Crimson Tide, our current Heisman winner, Bryce Young, missed this week due to a recent injury.

USC quarterback Caleb Williams hasn’t given up much ground as he looks to become the third Trojan quarterback to hoist the trophy. He has led the Trojans to their first 6-0 start since 2006 and now has 1,590 yards passing with a TD-to-interception ratio of 14-1.

Across town in Los Angeles, UCLA QB Dorian Thompson-Robinson is in his fifth year in head coach Chip Kelly’s offense and it certainly shows. He has led the Bruins to a 6-0 record and a No. 11 ranking, their best start since 2005.  He has completed almost 75% of his passes for 1,510 yards and 15 TDs while also rushing for 274 yards and four more scores. He is also now UCLA career leader in passing TDs.

Williams and Thompson-Robinson are Nos. 3&4 on the ESPN list.

ESPN’s Adam Rittenberg made DTR’s case clear here and UCLA is not wasting time in promoting their veteran QB.

Michigan running back Blake Corum continues to shine in leading the Wolverines to 6-0, gaining 124 yards on the ground last week. He already has 735 rushing yards and 11 scores on the ground.

Georgia QB Stetson Bennett demands attention in this space as well as he leads the defending champs to an unbeaten mark in the first-half.

Clemson QB D.J. Uiagalelei is leading Clemson’s rebound. He threw for 220 yards and ran for a team-best 69 Saturday to move to 6-0.

In the dark horse stable, enter TCU quarterback Max Duggan, who led TCU to a win over previously Kansas this week to keep the Horned Frogs unbeaten. He has thrown for 1,305 yards at a clip of 73.2% with 14 TDs and one interception.

While we’re talking Big 12 unbeaten QBs, add Spencer Sanders to the mix, whose Cowboys are also 5-0. Yardbarker has him in its top 5.

Also in their top 5 is Mississippi State QB Will Rogers who has already thrown for 2,110 yards and 22 TDs in Mike Leach’s high-pace offense.

One more to eye is Kansas State quarterback (and former Nebraska QB) Adrian Martinez, who has the Wildcats 5-1. He has thrown for 900 yards and four scores but also rushed for 546 yards (just 83 off his career high) and another nine scores.