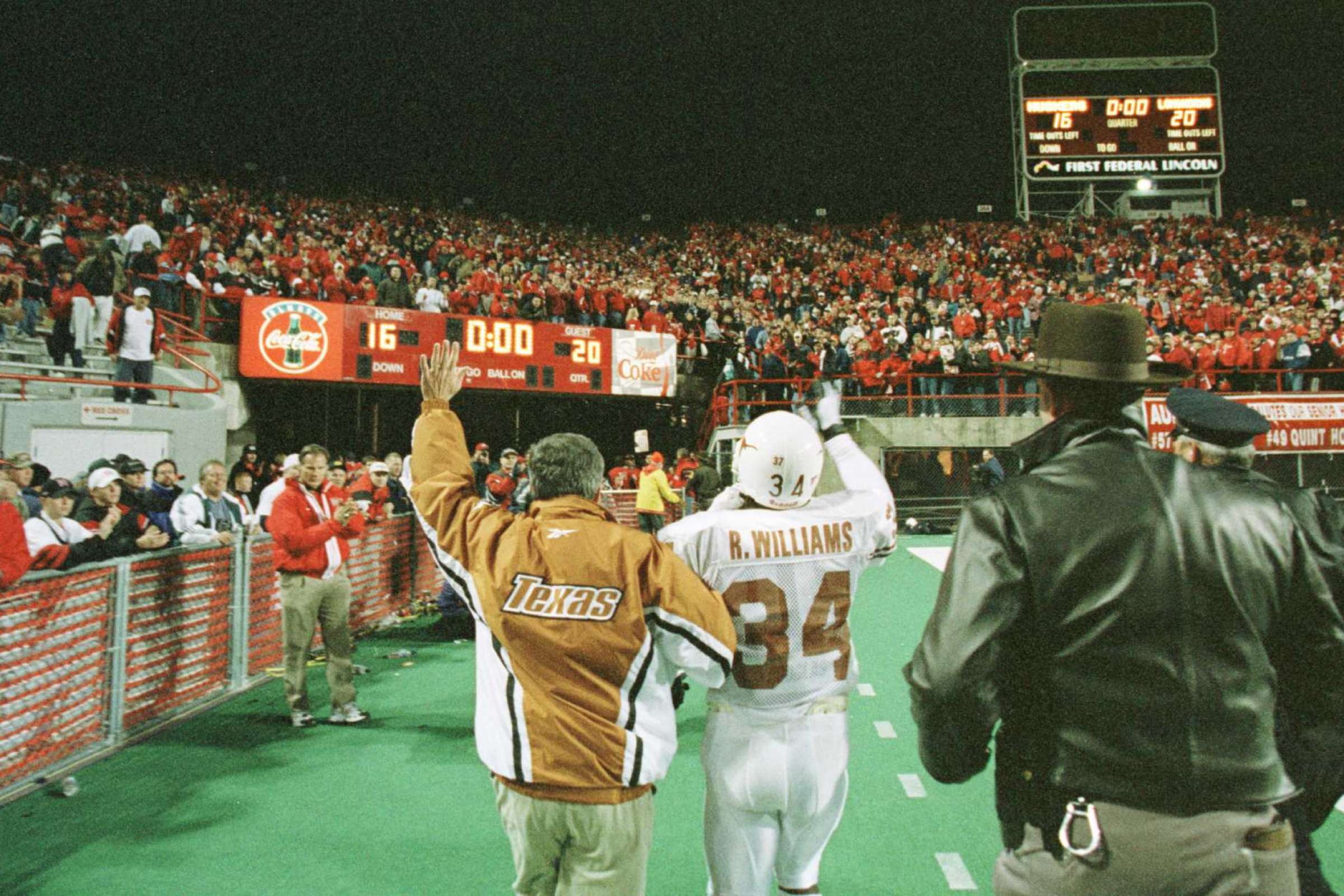 In a quirk of the calendar, bye weeks and Heisman fate, 2020 was the first time the Heisman Trophy winner played on Halloween in over two decades.

On Oct. 31, 2020, DeVonta Smith didn’t know he was going to win the Heisman just over two months later, but but he definitely had some tricks up his sleeve for Mississippi State.

The future-Heisman winner caught 11 passes for 203 yards and a season-high four TDs in the Crimson Tide’s 41-0 blowout of the Bulldogs, one of the most productive Heisman Halloween efforts in the trophy’s history.

Coincidentally, Smith’s Alabama Heisman predecessors, Mark Ingram (2009) and Derrick Henry (2015) both won their awards during seasons when Halloween fell on a Saturday, but the Tide had bye weeks that day during both seasons.

Texas’s Ricky Williams had been the last Heisman winner to suit up on Halloween as he rang in the 1998 holiday with 150 yards rushing on 37 carries as the Longhorns upset No. 19 Nebraska, 20-16, ending the Huskers’ 47-game home win streak.

Six years earlier, Marcus Allen earned his share of Halloween candy in 1981 after he posted a pair of career-high efforts with 289 yards on 44 carries — scoring four TDs in the process — in a 41-17 blasting of Washington State.

In 1970, Stanford’s Jim Plunkett only completed 13 passes on Halloween, but it was good enough to go for 210 yards and three scores in a 48-10 win over Oregon State. 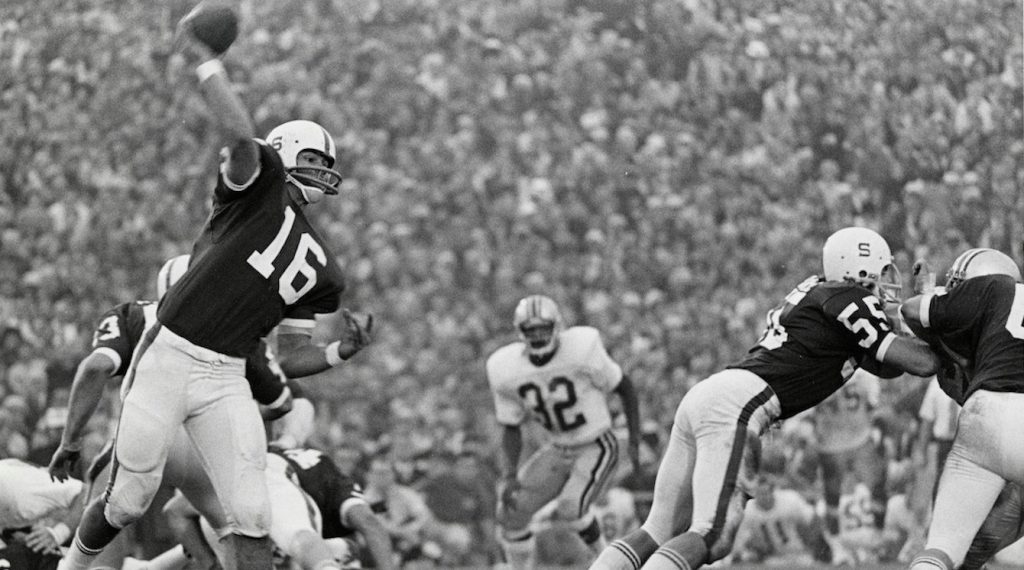 Notre Dame’s John Huarte’s yards per completion was even more impressive on Halloween in 1964. He averaged 27.4 yards per completed pass, throwing for three TDs, as the Irish shut out Navy, 40-0.

In 1959, LSU’s Billy Cannon had the most famous Heisman Halloween moment in trophy history, returning a fourth-quarter punt 89 yards against No. 3 Ole Miss for the Tigers only score of the game in a 7-3 win.

In 1936, Yale and Larry Kelley fell to Dartmouth, 11-7, making him the only Heisman winner to lose on Halloween during his trophy season.