Lattner won Notre Dame’s fourth Heisman while leading the Irish to a 9-0-1 record.

The only player to win the Heisman who was born and raised in Chicago, Lattner starred as a single-wing tailback at Fenwich High. He originally favored going to Michigan because the Wolverines also ran the single-wing while Notre Dame ran the T-formation. But the challenge of playing for the Irish was too appealing for Lattner, who joined Frank Leahy’s squad in 1950.

Then, as a junior in 1952 Lattner was the full-time starting right halfback. The backfield was strong and balanced with Neal Worden and Joe Heap. Still, Lattner led the pack with 149 carries for 734 yards. He caught 17 passes for 14.8 yards per catch. He returned 3 kickoffs and returned 7 punts for 16 yards a carry, all while intercepting 4 passes. America took notice and even though a junior, Lattner won the coveted Maxwell award, while finishing fifth in the Heisman Trophy voting behind Billy Vessels of Oklahoma.

In 1953 the Irish were seeking a better result than the 7-2-1 of 1952, and Leahy was counting on John Lattner to lead the return to glory. John Lattner did it all, carrying 134 times for 651 yards, just shy of 5 yards per carry. He caught 14 passes for 204 yards, 14.6 yards per reception. He returned 8 kickoffs for 40 yards per return and brought back 10 punts for a symmetrical 10 yards a return, all while intercepting his annual harvest of four interceptions Lattner was certainly adding up yardage and he outstrippled the statistical performance of all previous Notre Dame stars as he established a record for all purpose yards which stood for a quarter century until Vagas Ferguson broke it in 1979.

Lattner claimed the Heisman Trophy in 1953 during his senior year in the second-closest Heisman balloting in history, despite the fact he didn’t lead the Irish in rushing, passing, receiving or scoring. He again won the Maxwell while being named All-American for the second-straight year.

Lattner played one year with the Pittsburgh Steelers before entering the Air Force for two years and suffering a career-ending knee injury in a military game. A former restaurant owner in Chicago, he went on to become an executive for a business forms company.

He was elected to the National Football Foundation Hall of Fame in 1979 and passed away in February of 2016.

Heisman voters were spread out across five regions.

Game-by-game statistics for John Lattner’s 1953 season are unavailable at this time.
Here are his Heisman season totals for 1953:

Lattner also had 4 interceptions for 4 yards. 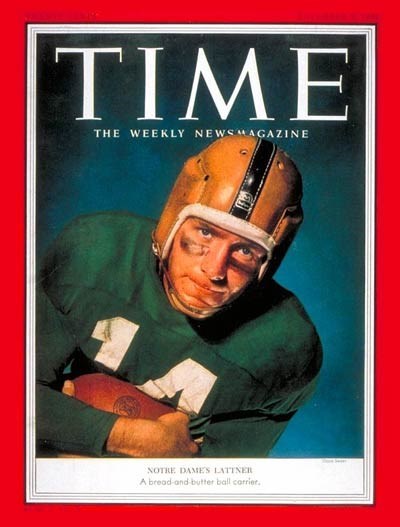 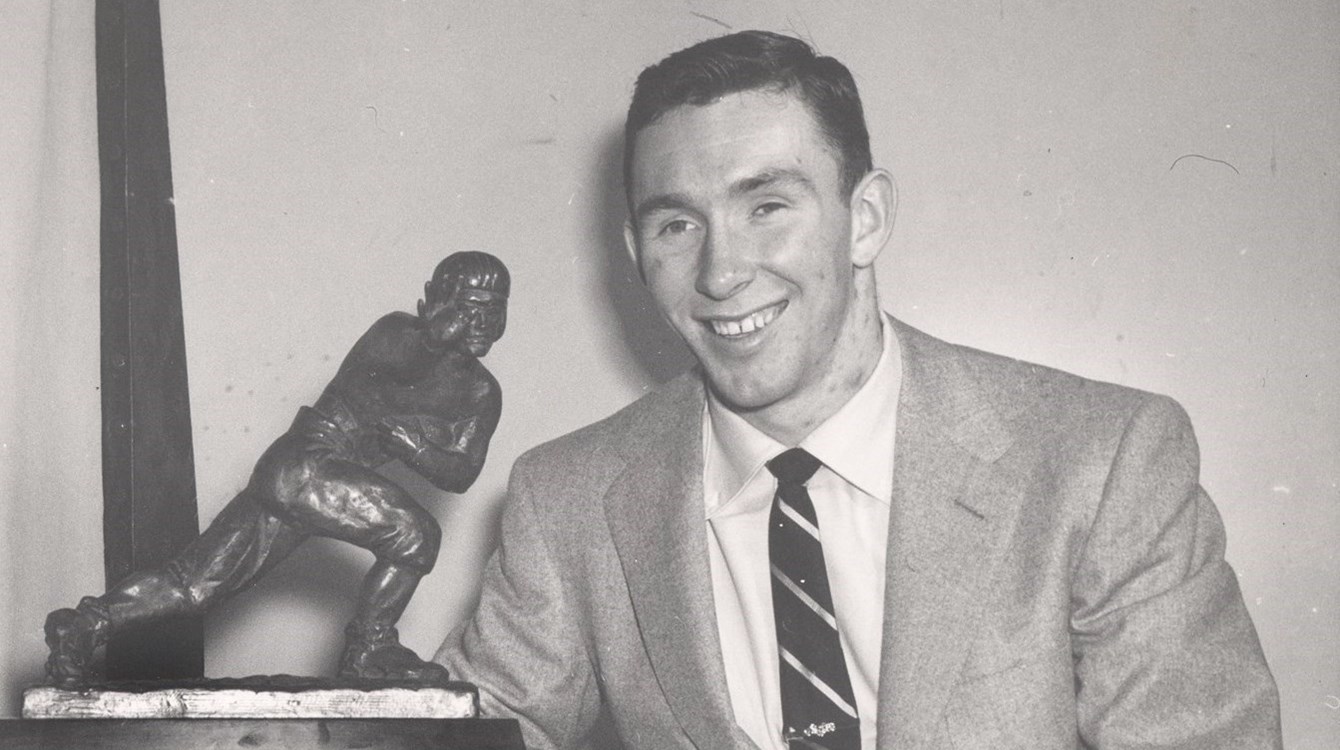 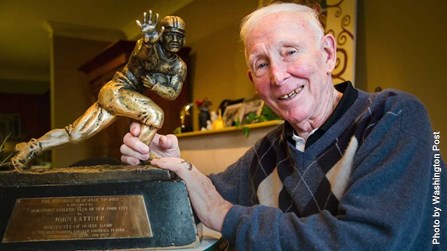 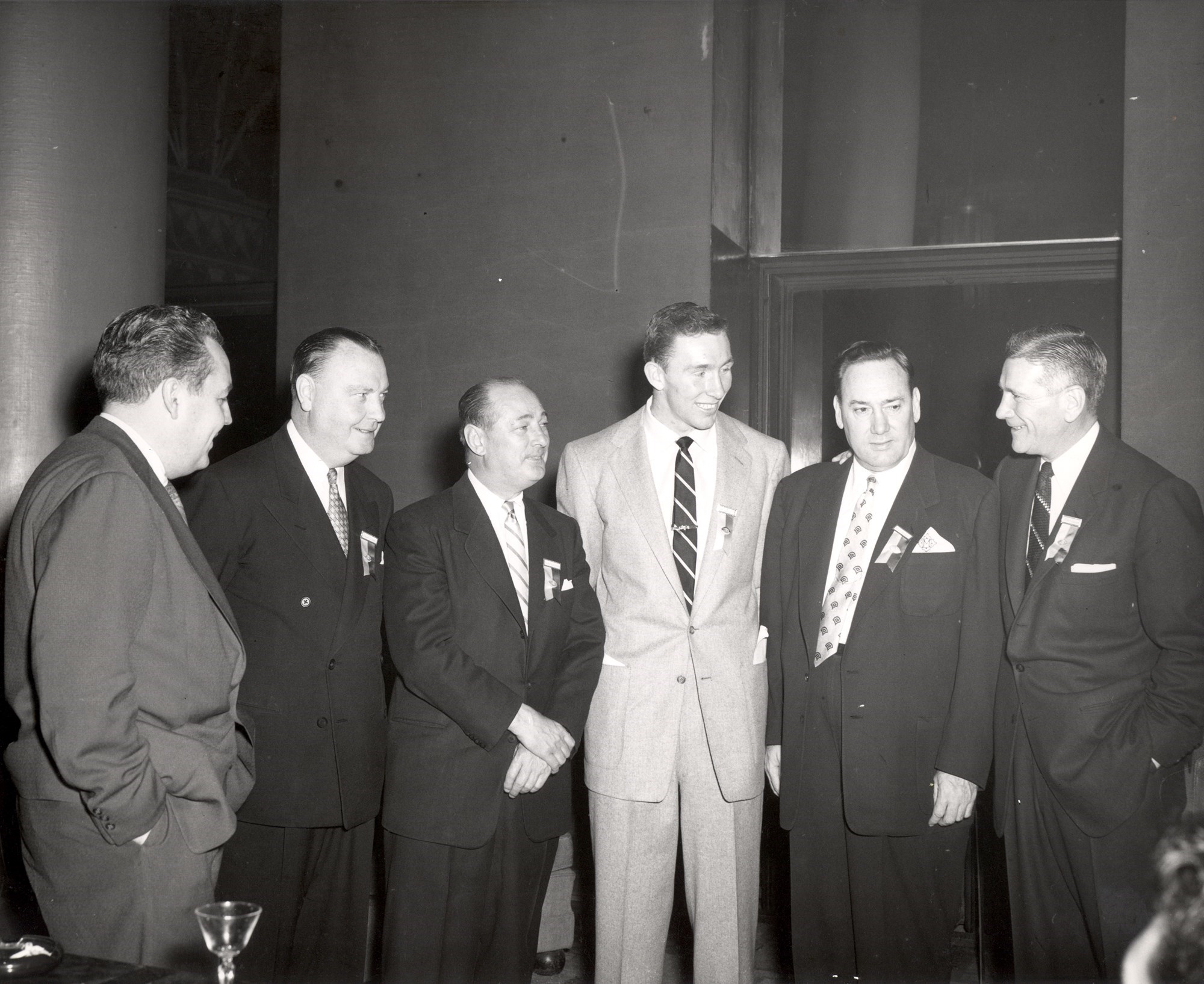 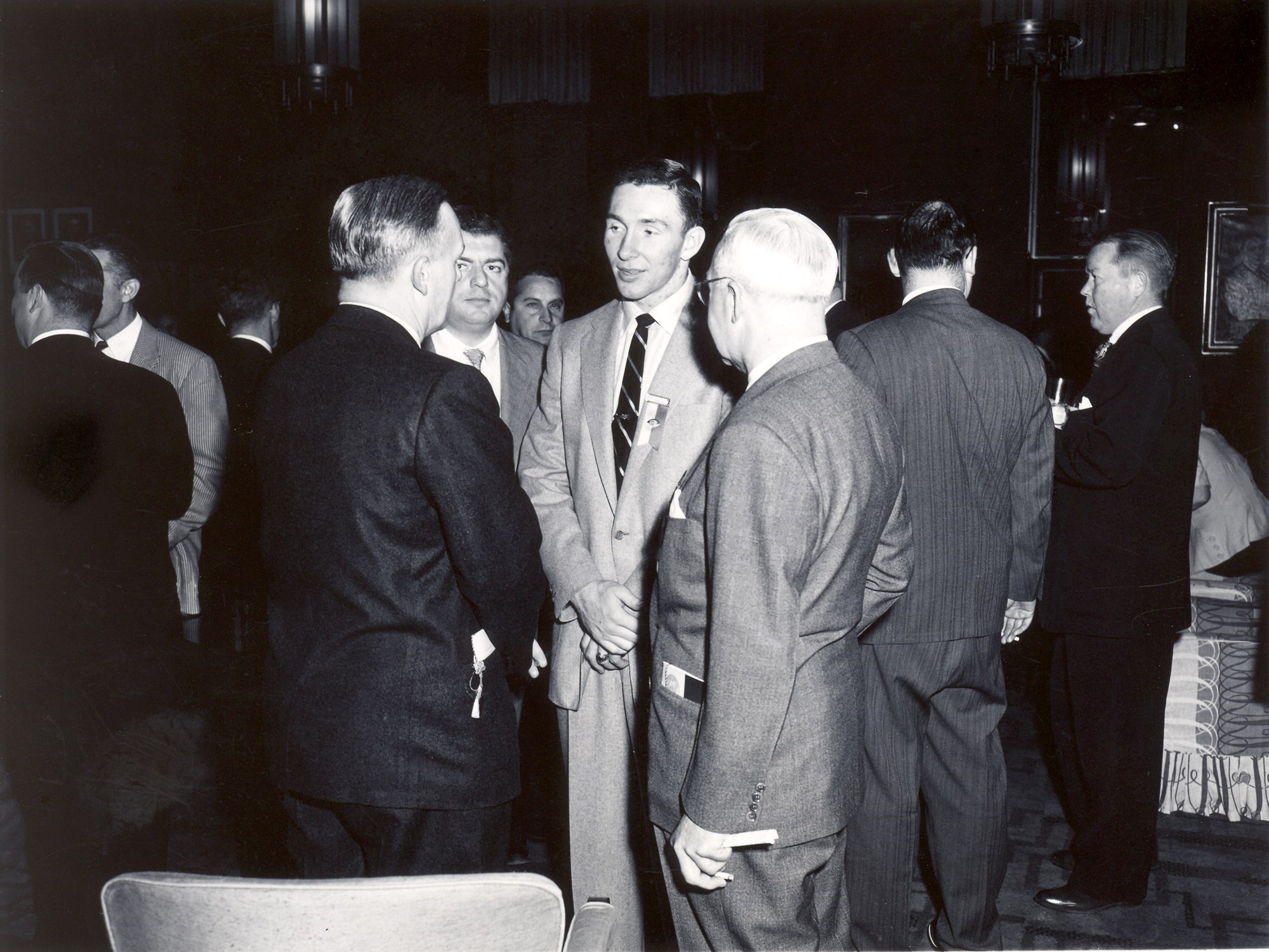 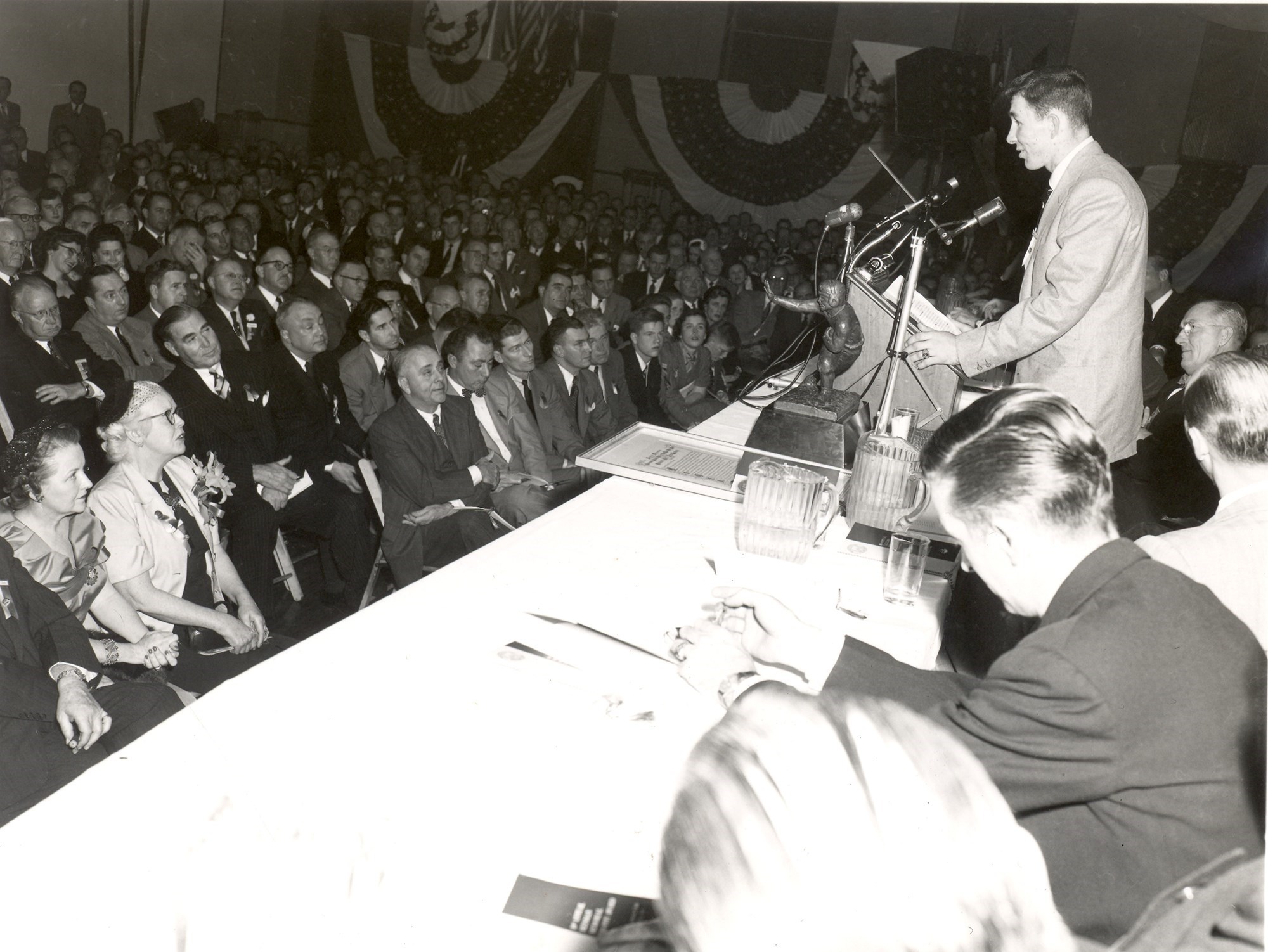