Dawkins won Army’s third Heisman while leading the Black Knights to an undefeated season in 1958.

Born in Royal Oak, Mich., Dawkins contracted polio at an early age but underwent successful treatment at age 11. He later prepped at the Cranbrook School in Bloomfield Hills, where he was an All-League quarterback and captain of the baseball team.

A fine student, he was accepted by Yale University but instead chose to play football at West Point, where the legendary Earl “Red” Blaik was the coach. Dawkins quickly became a star, posing a double threat as a runner and a left-handed passer.

In three years, he rushed for 1,123 yards, threw 16 passes, seven for touchdowns, caught 27 passes for 716 yards and scored 158 points. As a senior, Dawkins rushed for 428 yards and five touchdowns, caught another six TDs through the air and totaled another 294 yards on punt and kick returns. He finished with 1,216 all-purpose yards and 12 total TDs as Army finished the season 8-0-1 and ranked third in the country.

Dawkins tallied 1,394 points in the Heisman vote, beating out Randy Duncan of Iowa. By the time his college career was over, he was virtually a household name, appearing in both Life Magazine and Reader’s Digest.

He was Class President and Cadet First Captain and went on to attend Oxford University as a Rhodes Scholar, where he played for the University’s rugby team for three years. Later, he attended Princeton where he received a MPA and Ph.D.

His military career was equally impressive and he rose to the rank of Brigadier General with commands in both the 82nd and 101st Airborne Divisions. After serving 24 years, Pete retired from the Army and entered the world of business. After several years on Wall Street, he ran for a seat in the U.S. Senate, and subsequently served for over twenty years in executive positions in Primerica Corporation, Travelers and Citigroup. Pete is currently Senior Partner of Flintlock Capital Management, a commodities hedge fund.

Dawkins was elected to the National Football Foundation and College Hall of Fame in 1975.

Game-by-game statistics for Pete Dawkins’ 1958 season are unavailable at this time.

Here are his Heisman season totals for 1958:

Dawkins also completed 2/4 passes for 12 yards with one interception. 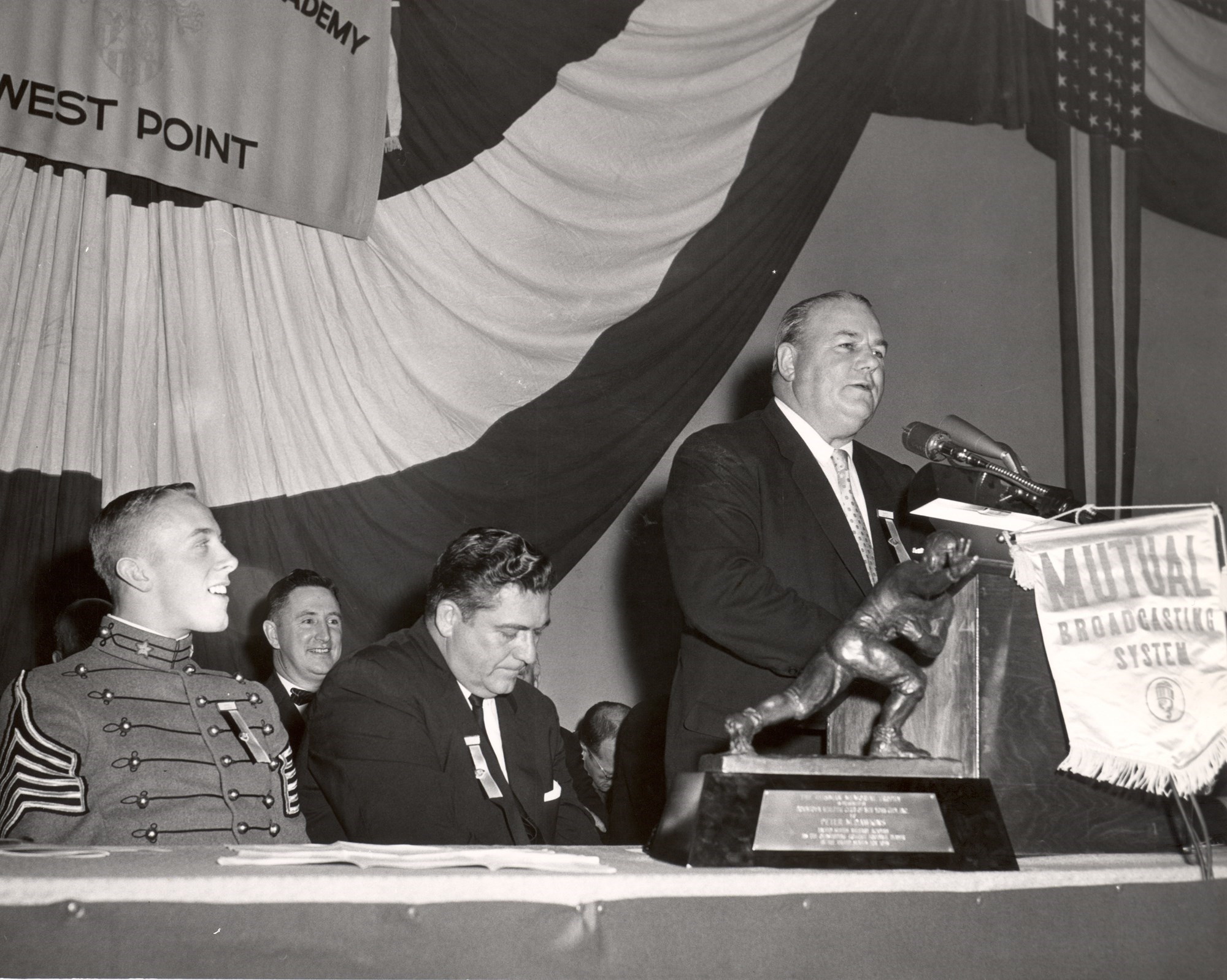 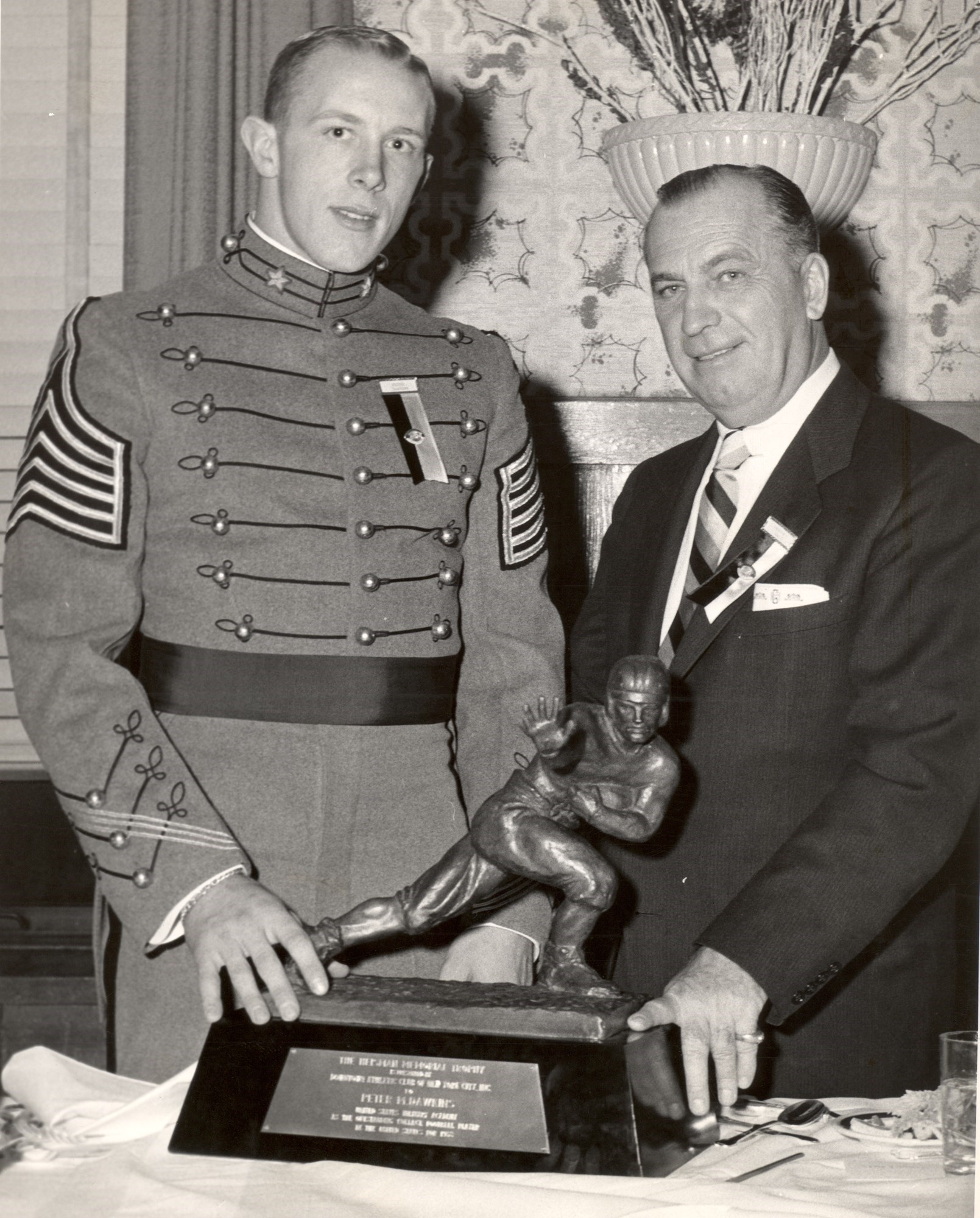 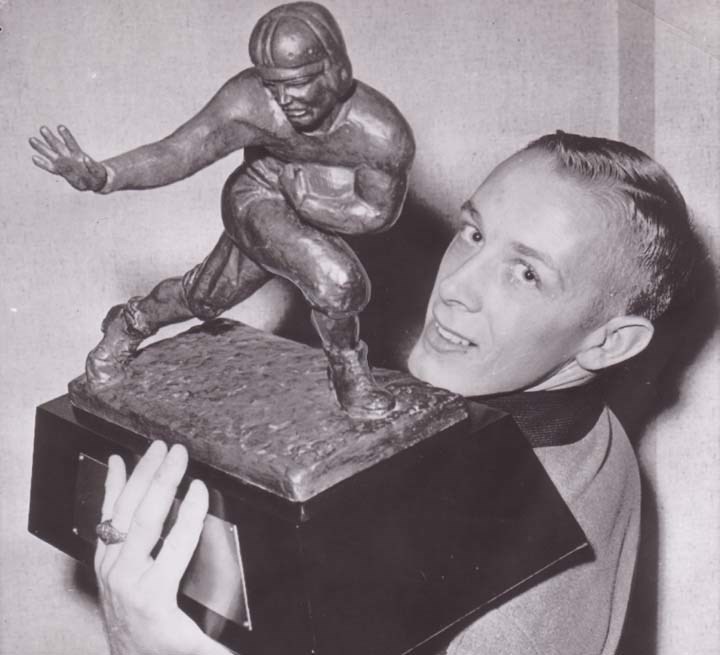