Crow won Texas A&M’s first Heisman in 1957 despite missing parts of three games due to injury. He remains the only player to win a Heisman while playing for legendary coach Paul “Bear” Bryant.

One of the most decorated student-athletes at Texas A&M, Crow was born July 8, 1935 and grew up in Springhill, Louisiana where he earned All-America honors in football and also lettered in basketball and track. He was recruited to Texas A&M by Head Coach Paul “Bear” Bryant and assistant coach Elmer Smith and came to campus as a true freshman in 1954.

Crow once remarked how he was glad he did not have to attend the notorious football camp in Junction since freshmen were ineligible at that time.

In addition to playing running back he played defensively and was known for his tough, physical playing style. Crow earned three letters under Coach Bryant from 1955-57. In 1957, he and his teammates helped the Aggies reach No. 1 in the polls as he rushed for 562 yards and six touchdowns, caught two passes and threw five touchdown strikes. On defense, he had five interceptions.

Bryant told Heisman voters that “they should do away with the thing” if they didn’t vote for Crow. They heeded the legendary coach, giving Crow the trophy over defensive tackle Alex Karras of Iowa.

In addition to his exploits on the field, Crow, Texas A&M Class of ’58, earned his degree in business administration and was named to the 1957 Scholastic All-America team presented by the America Peoples Encyclopedia and was named to the Who’s Who in American Colleges and Universities.

After his playing career, Crow went into coaching. He began with Coach Bryant on the Alabama coaching staff and also coached on the NFL level with the Cleveland Browns and the San Diego Chargers.

He was later named the head coach and athletics director at Northeast Louisiana University, now known as the University of Louisiana Monroe.

Crow attended the Heisman Trophy ceremonies whenever possible and took great pride in Johnny Manziel winning the trophy in 2012.

Complete game-by-game statistics for John David Crow’s 1957 season are unavailable at this time.

Here are his Heisman season totals for 1957: 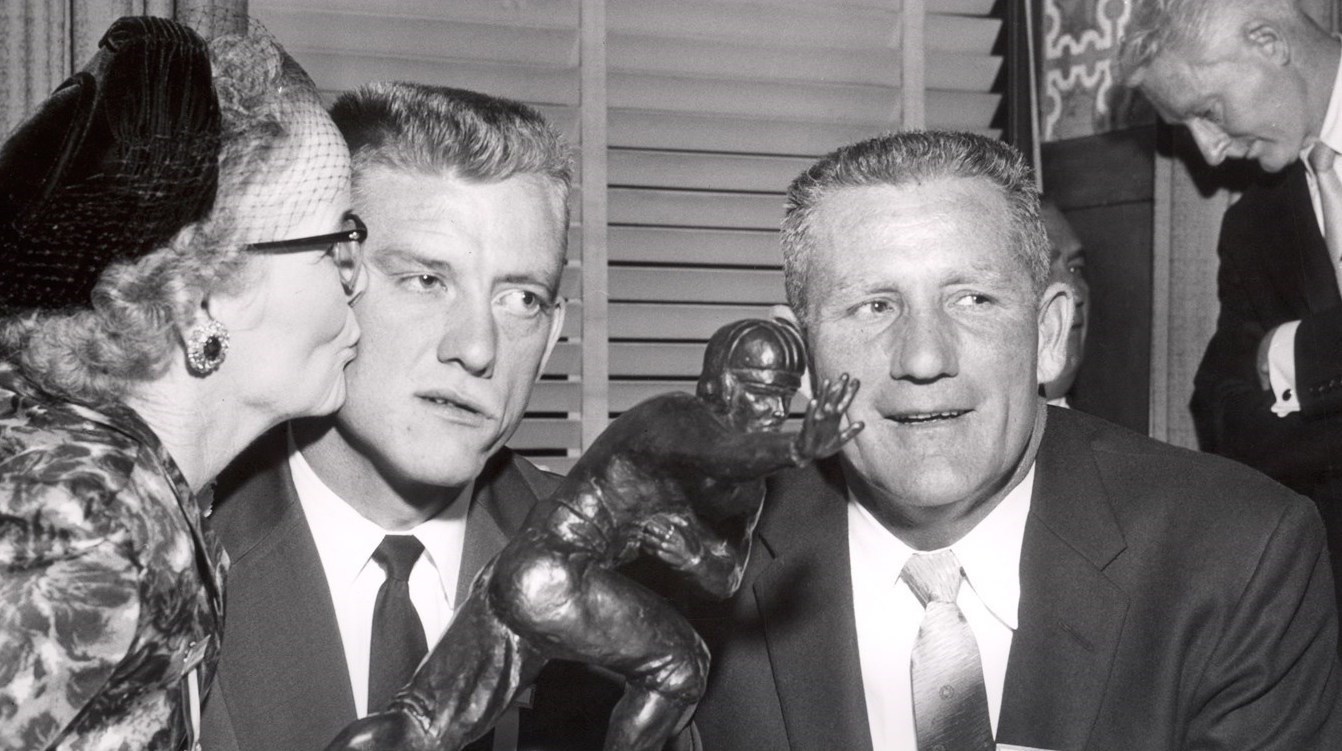 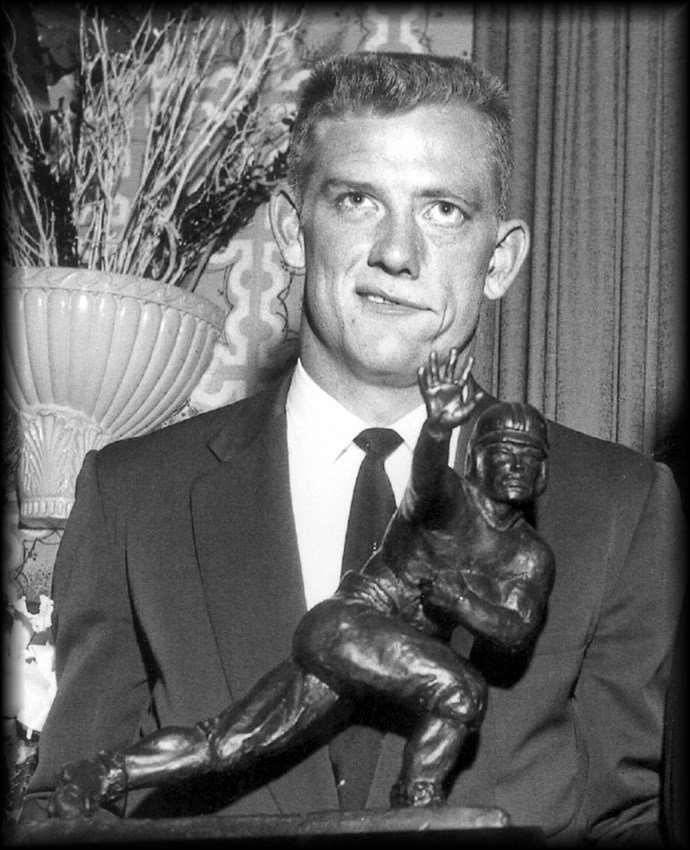