A superb all-around athlete, Hornung won Notre Dame’s fifth Heisman in 14 years and is the only Heisman winner to win the trophy while playing for a losing team.

Born and raised in Louisville, Ken., Hornung starred at Bishop Benedict Joseph Flaget High and lettered four years each in football, basketball, and baseball. He was recruited by Bear Bryant at Kentucky in nearby Lexington, but chose to attend Notre Dame instead.

As a sophomore, Hornung served as the backup fullback and also averaged 6.1 points per contest while earning a basketball monogram. As a junior, he finished fourth nationally in total offense with 1,215 yards and fifth in the Heisman voting behind Ohio State’s “Hopalong” Cassady. Hornung ran for one score, threw for another and intercepted two passes in a victory over fourth-ranked Navy and then brought the Irish from behind against Iowa with a TD pass and game-winning field goal in the final minutes. In a loss to USC, he threw and ran for 354 yards, an NCAA high that year.

As a senior, the “Golden Boy” carried the ball 94 times for 420 yards and completed 59 of 111 passes for 917 yards, 3 TDs and a .532 completion percentage, giving him a total offensive figure of 1,337 yards, which ranked second nationally. He accounted for more than half the Irish scoring-and converted 67 times on either third or fourth down as a junior and senior combined. He was awarded the Heisman over future Tennessee and Pitt head coach Johnny Majors and Tom McDonald of Oklahoma, who actually garnered more first place votes.

A bonus pick of the Green Bay Packers, he led the NFL in scoring in 1959, ’60, and ’61. He retired after the ’66 season, as physical problems kept him from joining New Orleans as an expansion pick. Hornung joined the National Football Foundation Hall of Fame in 1985, and the Pro Football Hall of Fame in 1986. In addition to various business enterprises in Louisville, Hornung is involved in numerous television and radio broadcasts.

Complete game-by-game statistics for Paul Hornung’s 1956 season are unavailable at this time.

Here are his Heisman season totals for 1956: 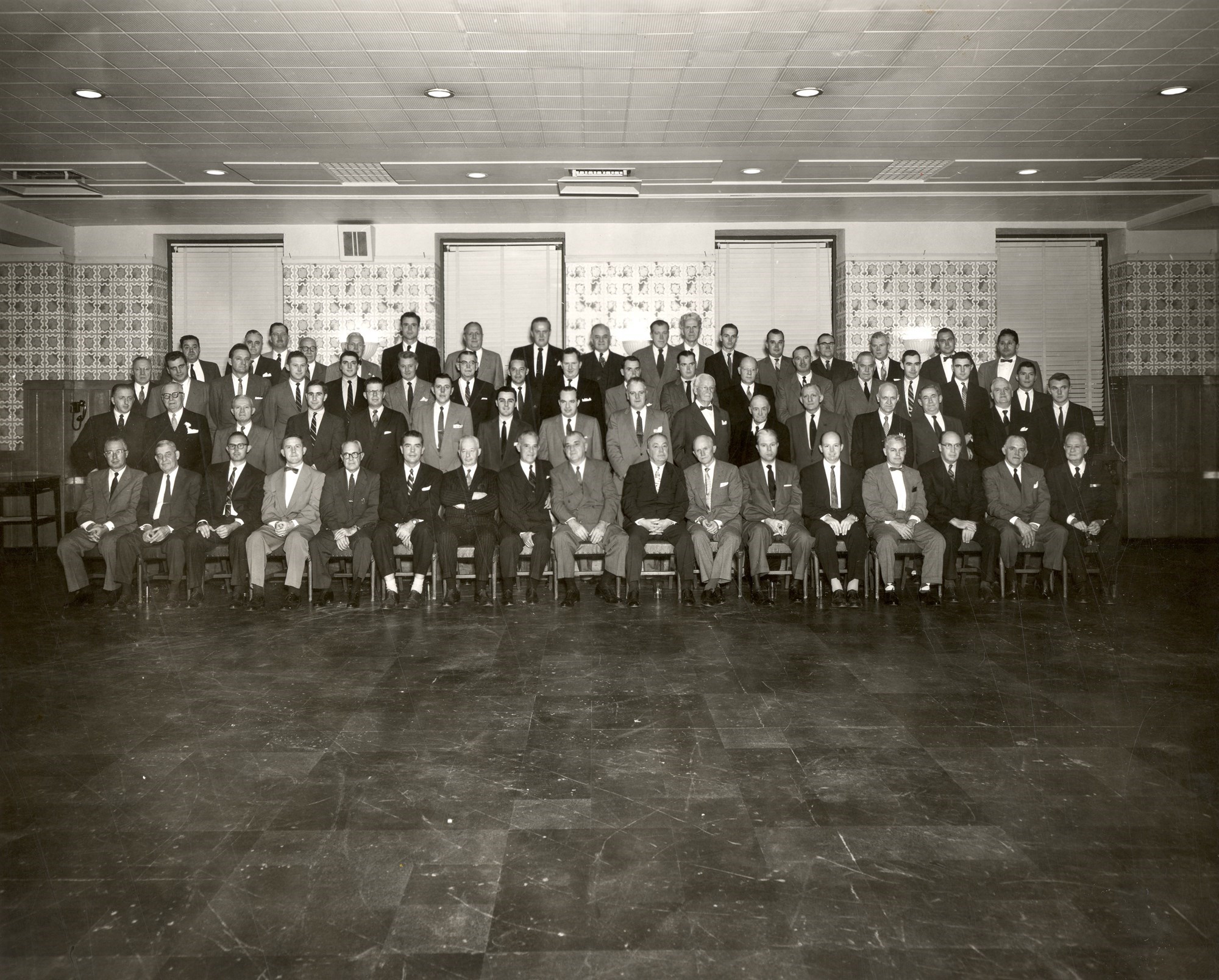 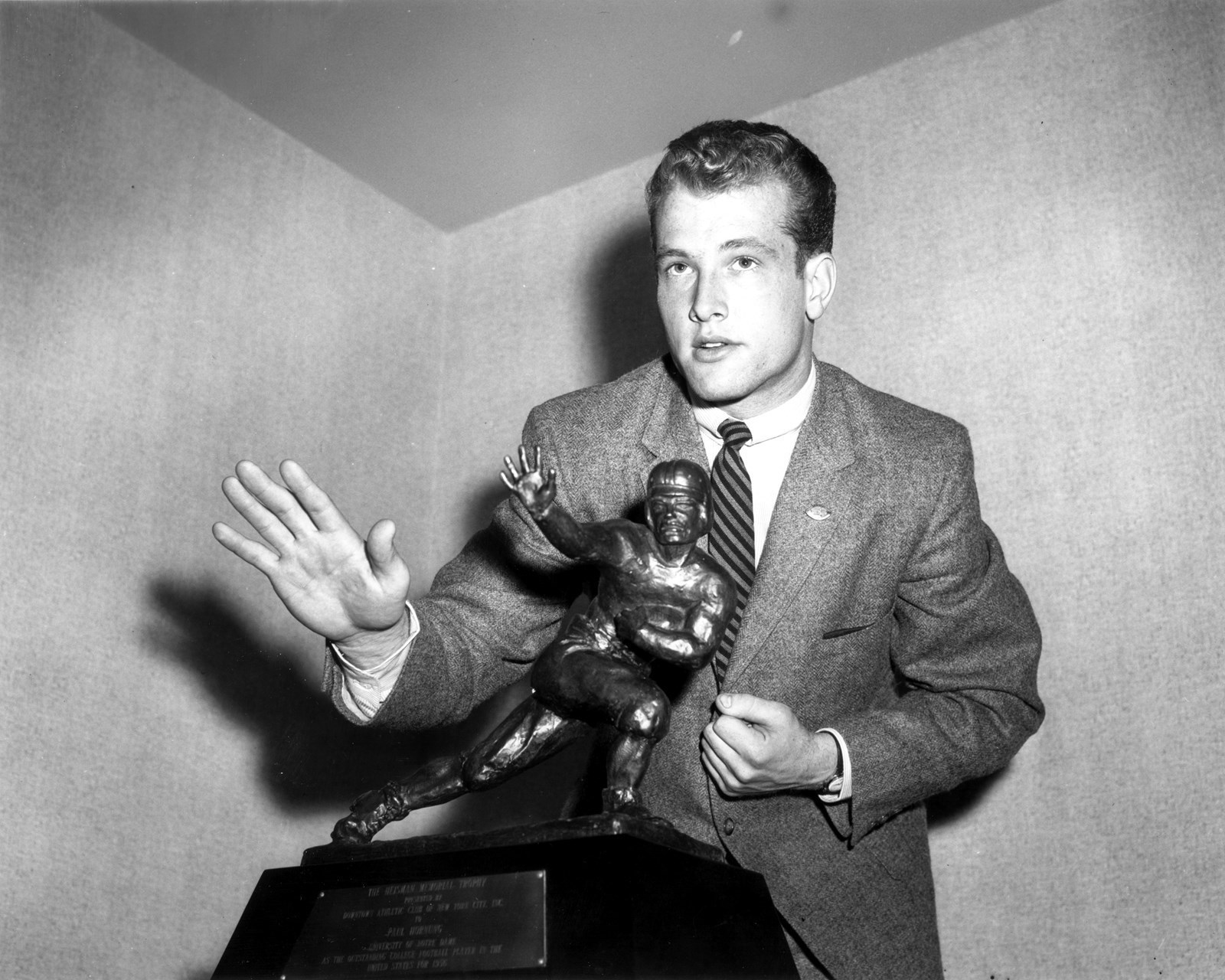