Lujack won Notre Dame’s second Heisman while leading the Irish to a 9-0 record and national title in 1947.

Born in Connellsville, Pennsylvania, the youngest of four sons and fifth child in a family of six children, Lujack starred for the Connellsville High football team from 1939 to 1941, and was also senior class president and valedictorian. He lettered in four sports: baseball, football, basketball, and track. Townsfolk wanted him to go to the United States Military Academy (Army) at West Point, going so far as to asks their local congressman for an appointment, but Lujack, a fan of Notre Dame from listening to their football radio broadcasts, had his heart set on playing in South Bend.

Lujack took over at quarterback for Notre Dame as a sophomore in 1943 when Angelo Bertelli joined the Marines — and he ended up helping the Irish to three national titles and establishing a reputation as one of the great T-formation signalcallers in college football history. In his initial start versus Army in ’43, he threw for two scores, ran for another and intercepted a pass in a 26-0 victory. He spent nearly three years of his own in the Navy but returned in time to earn consensus All-America honors as a junior and senior on Notre Dame teams in 1946 and ’47 that did not lose a game.

No slouch as a runner (he also played halfback as a sophomore), Lujack also punted — and probably made his greatest individual play on defense. He preserved a scoreless tie in ’46 between the second ranked Irish and top-ranked Army by making a touchdown-saving tackle of Cadet fullback Doc Blanchard from his defensive back position. As a junior, he finished third in the Heisman voting behind Army’s Glenn Davis.

He led the 1947 Fighting Irish to 9-0 record for his senior year, where he completed 61 passes on a 109 attempts for 777 yards and also ran 139 yards on 12 carries, and won the Heisman Trophy. As he had in high school, he once again received varsity letters in four sports (again baseball, football, basketball, and track) while at Notre Dame, becoming the third person to do so. He was a two-time All-American (1946 & 1947) and led Notre Dame to three national championships (1943, ’46 and ’47). And, in addition to winning the Heisman, he was named Associated Press Athlete of the Year.

Drafted with the fourth pick of the 1948 NFL draft, Lujack played four years with the Chicago Bears, leading the team in scoring each year, tying a record with eight interceptions as a rookie, throwing for a record 468 yards in one game in ’49 and playing in the NFL Pro Bowl his last two seasons. An Irish backfield coach for two years following his retirement in ’52, Lujack then ran an automobile dealership in Davenport, Iowa, until he retired in 1988.

He was elected to the National Football Foundation Hall of Fame in 1960.

Complete game-by-game statistics for John Lujack’s 1947 season are unavailable at this time.

Here are his Heisman season totals for 1947: 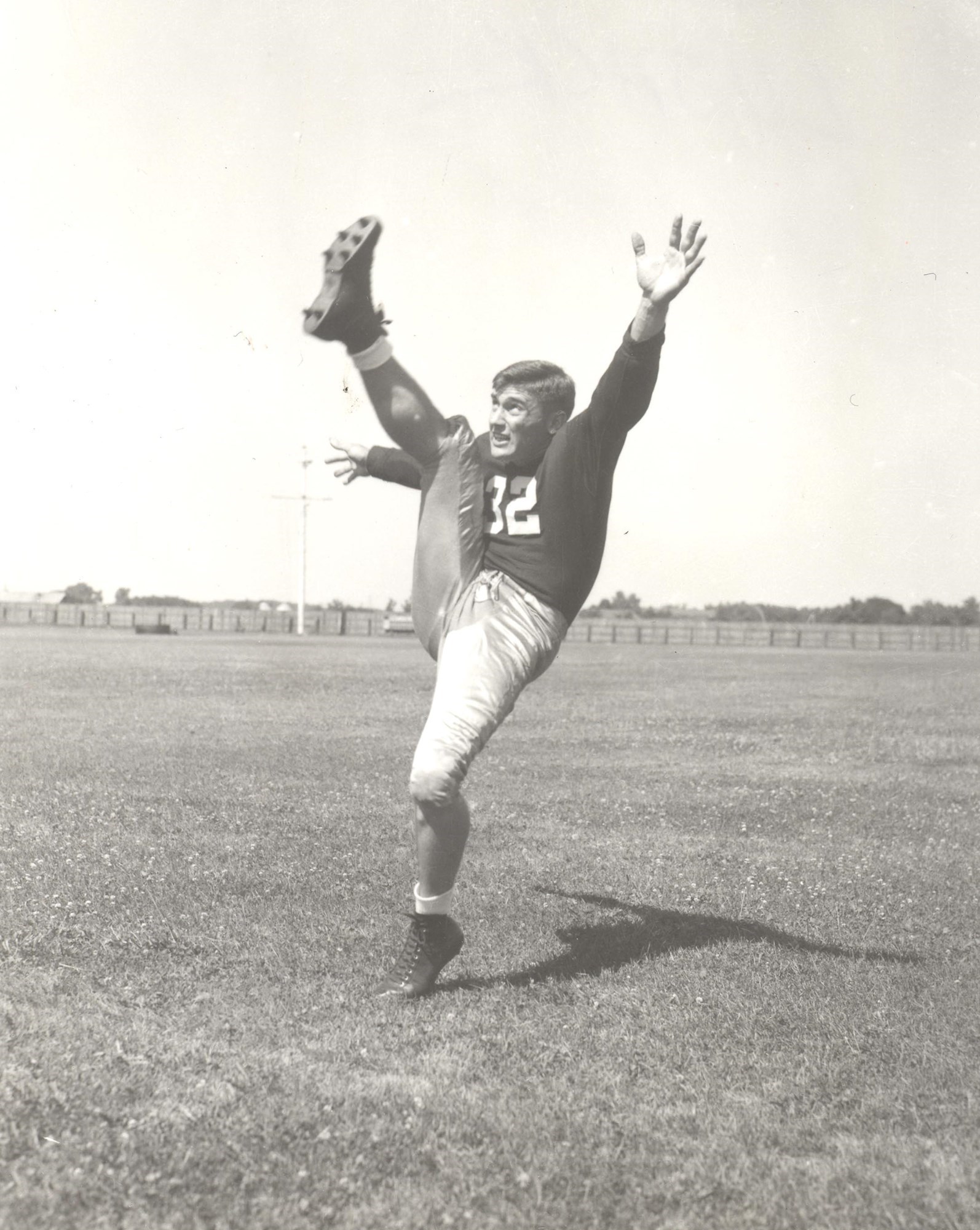 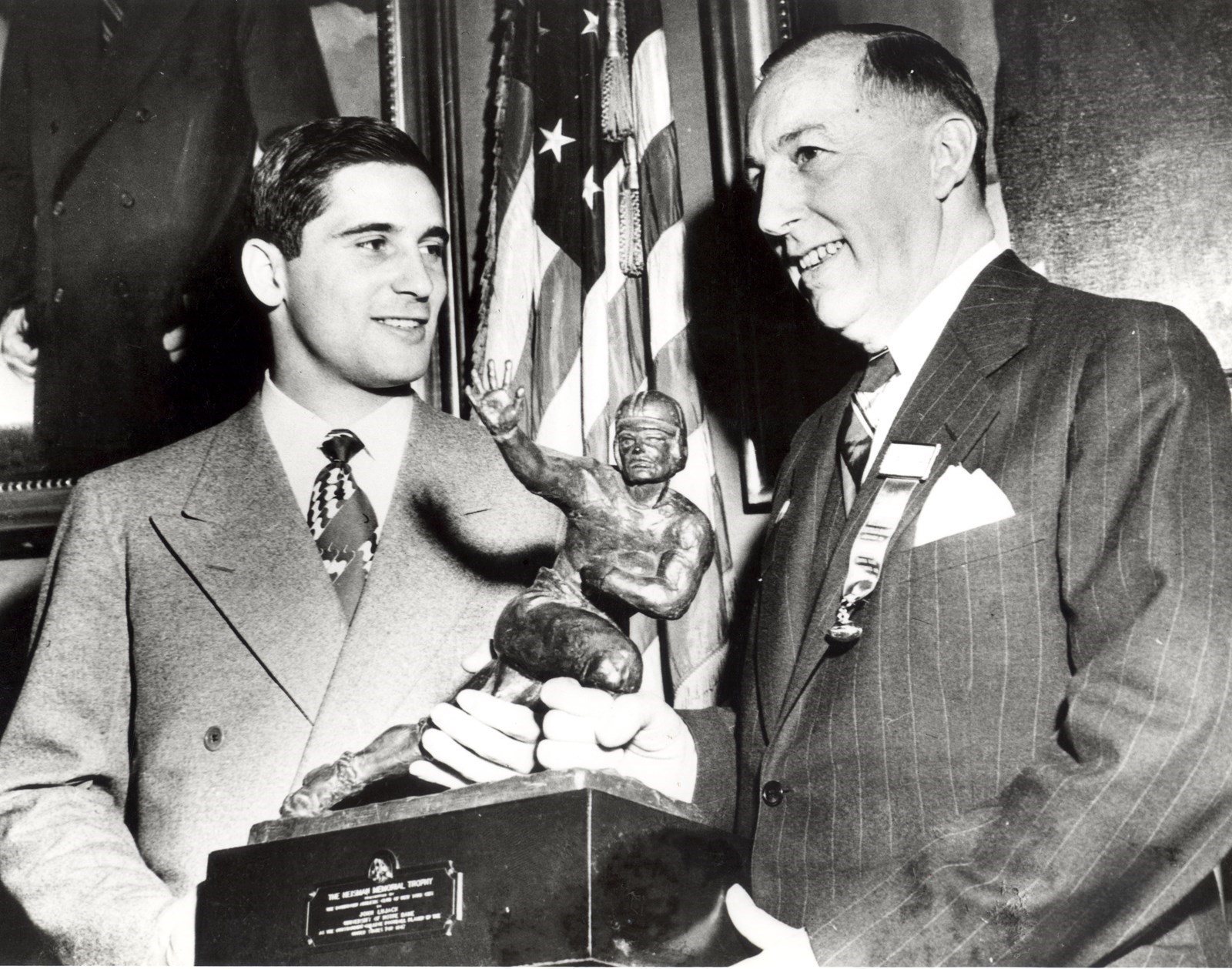 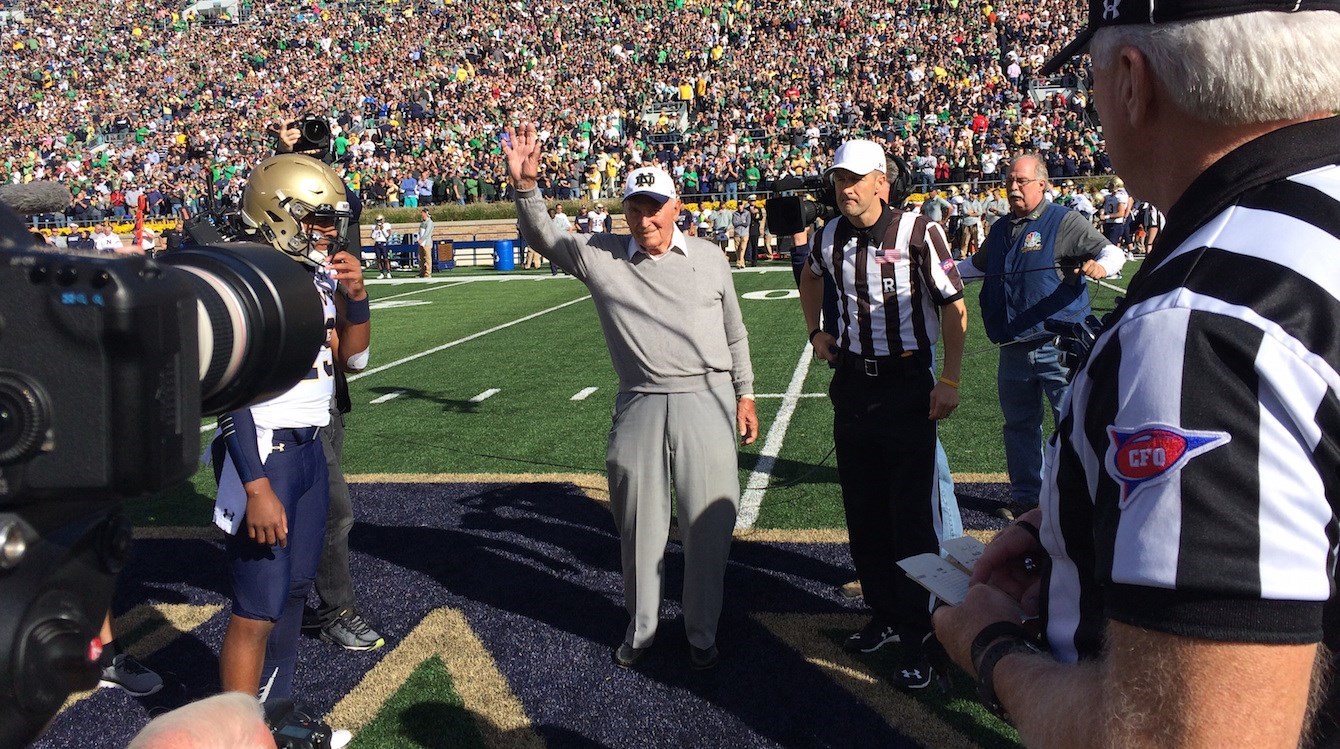 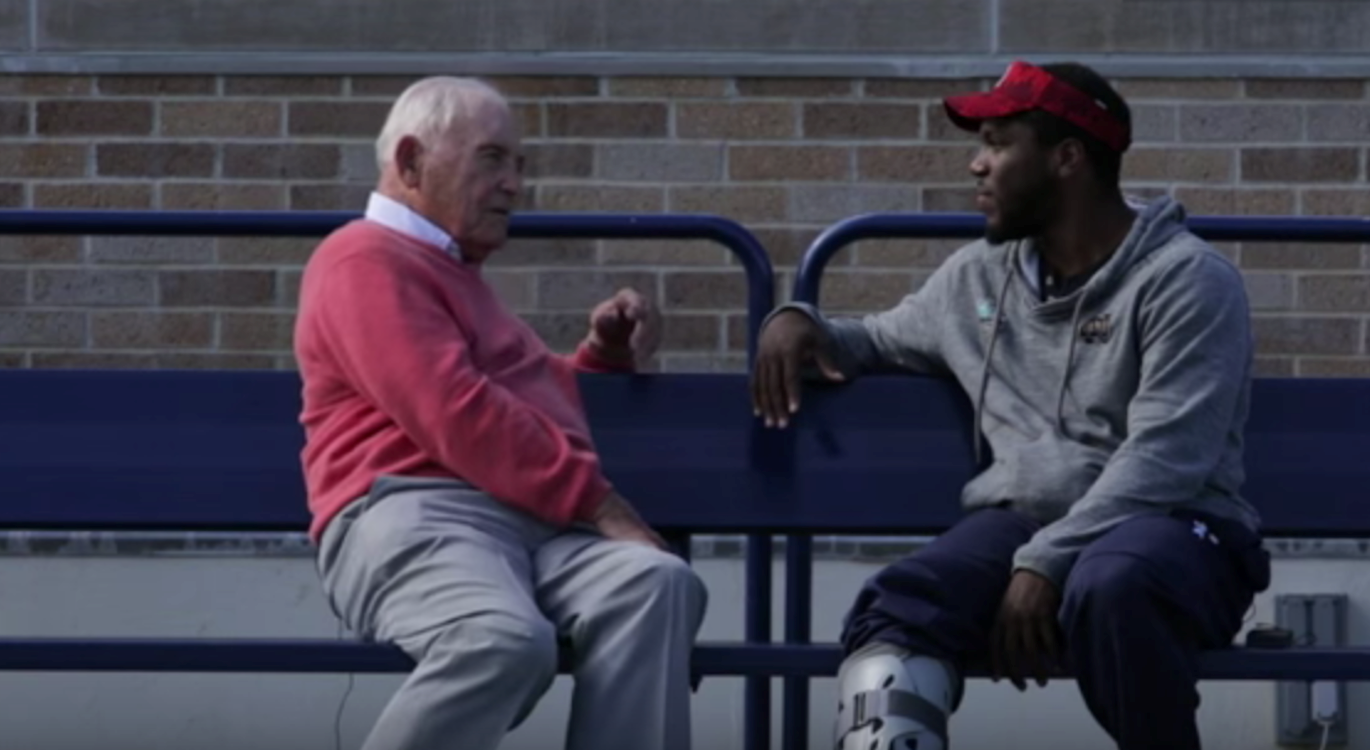