Walker captured SMU’s first Heisman in 1948 while leading the Mustangs to a 9-1-1 record and a 10th-place poll finish. He is the second junior to win the award.

Born in Dallas, Texas, Ewell Doak Walker lettered in five sports at Highland Park High. He competed in basketball, swimming, track, baseball, and football, but his favorite was always football. Walker played on the same team at Highland Park with Bobby Layne. The two athletes parted ways after high school as Layne attended Texas and Walker attended SMU, but they would reunite after college when both played for the Detroit Lions.

In early 1945, with World War II still raging, Walker joined the Merchant Marine and became a radio operator but was discharged in October of that same year as the postwar need for manpower dwindled. After that time Walker very nearly attended Texas instead of SMU. Layne and Walker attended an SMU game in New Orleans, and after the game the Mustang backfield coach, Rusty Russell, who had also been Walker’s coach at Highland Park, talked Walker into going to SMU instead. Walker enrolled the next Monday, and played in a football game against UT (and Bobby Layne) the next Saturday. Walker ran for 289 yards and five touchdowns while throwing for 387 yards and four scores as a freshman. His college career was interrupted when he was drafted into the army in 1946, but he resumed his studies and sports when he returned to SMU in 1947.

Walker became a star as a sophomore as he rushed for 684 yards and eight touchdowns and passed for 342 yards and three scores to finish third in the Heisman vote, marking only the fourth time that a sophomore placed in the top three of the balloting. He was dominant in 1948, rushing for 542 yards and eight touchdowns, catching 15 passes for 278 yards and two scores and throwing for 304 yards and five TDs. He also returned 10 punts for 169 yards and a touchdown, totaled 161 yards on five kickoff returns, intercepted three passes for 75 yards, averaged 42.1 yards on 35 punts and kicked 22 PATs. He beat out Charlie Justice and Chuck Bednarik for the Heisan.

His 1949 senior season was also stellar. Walker rushed for 449 yards and 10 touchdowns and threw for 605 yards and five scores, but the Mustangs fell to 5-4-1 and Walker placed third in the Heisman vote behind Leon Hart of Notre Dame. Only Glenn Davis, Herschel Walker and Walker can claim three top-3 finishes in the Heisman vote.

Considered perhaps the greatest player to come out of the Southwest Conference, Walker was a three-time All-American at SMU. In 35 games he scored 303 points on 40 TDs, 60 extra points after TDs, and one field goal. Doak gained over 3,500 yards running and passing, and established several other SWC records that still stand. He led the Mustangs to the Cotton Bowl in 1948 and 1949.

Walker was the third pick of the draft by the Detroit Lions in 1950, where he played for six seasons, leading the league in rushing in his best year. After retiring from football, he formed his own firm, Walker Chemical Co., which he subsequently sold, and following, served as Vice President of Fischbach & Moore Electric Group. Walker was married to former Olympic skier Gladys “Skeeter” Werner.

He passed away in September of 1998. Walker was elected to the National Football Foundation and College Hall of Fame in 1959.

Game-by-game statistics for Doak Walker’s 1948 season are unavailable at this time.

Here are his Heisman season totals for 1948: 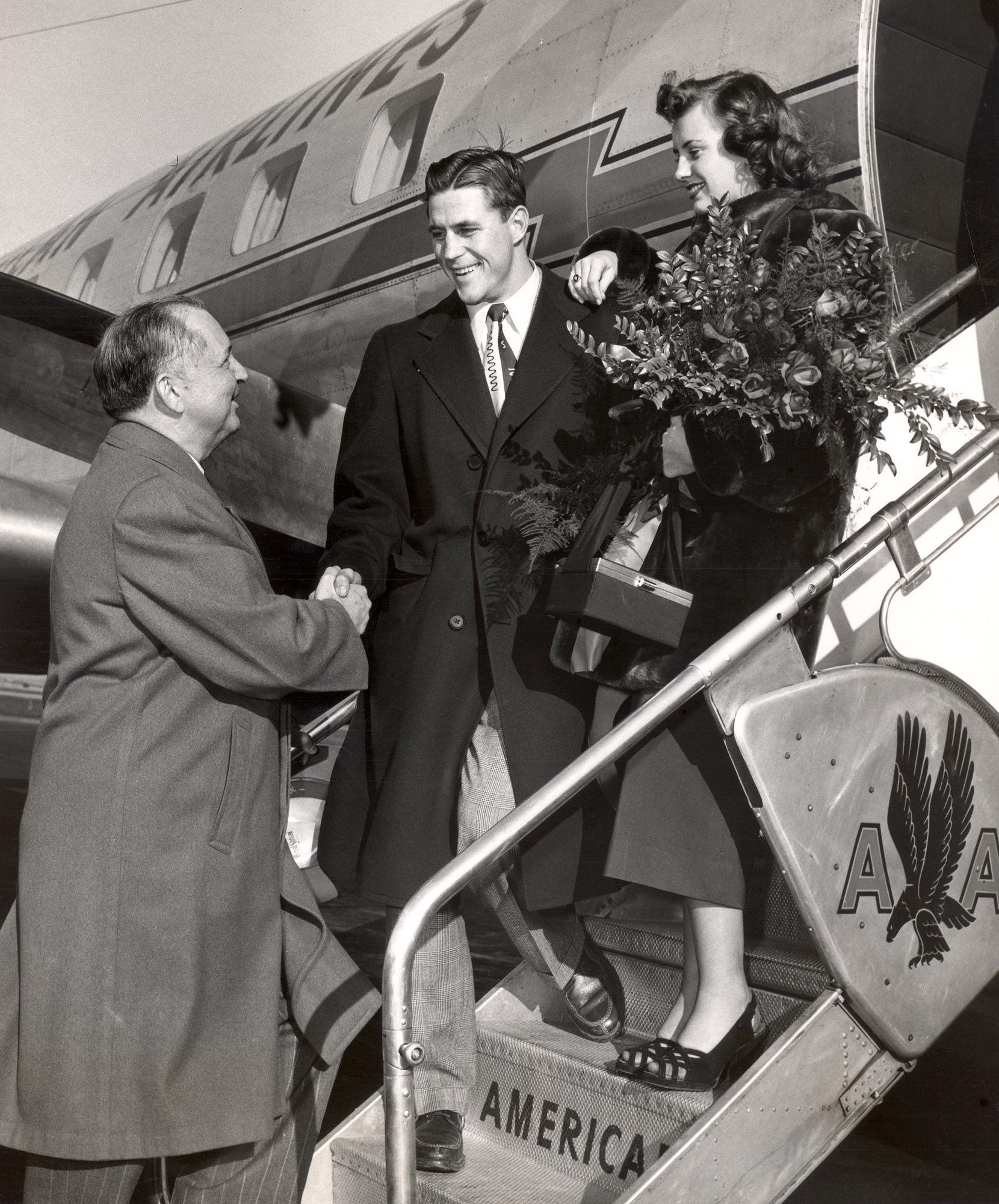 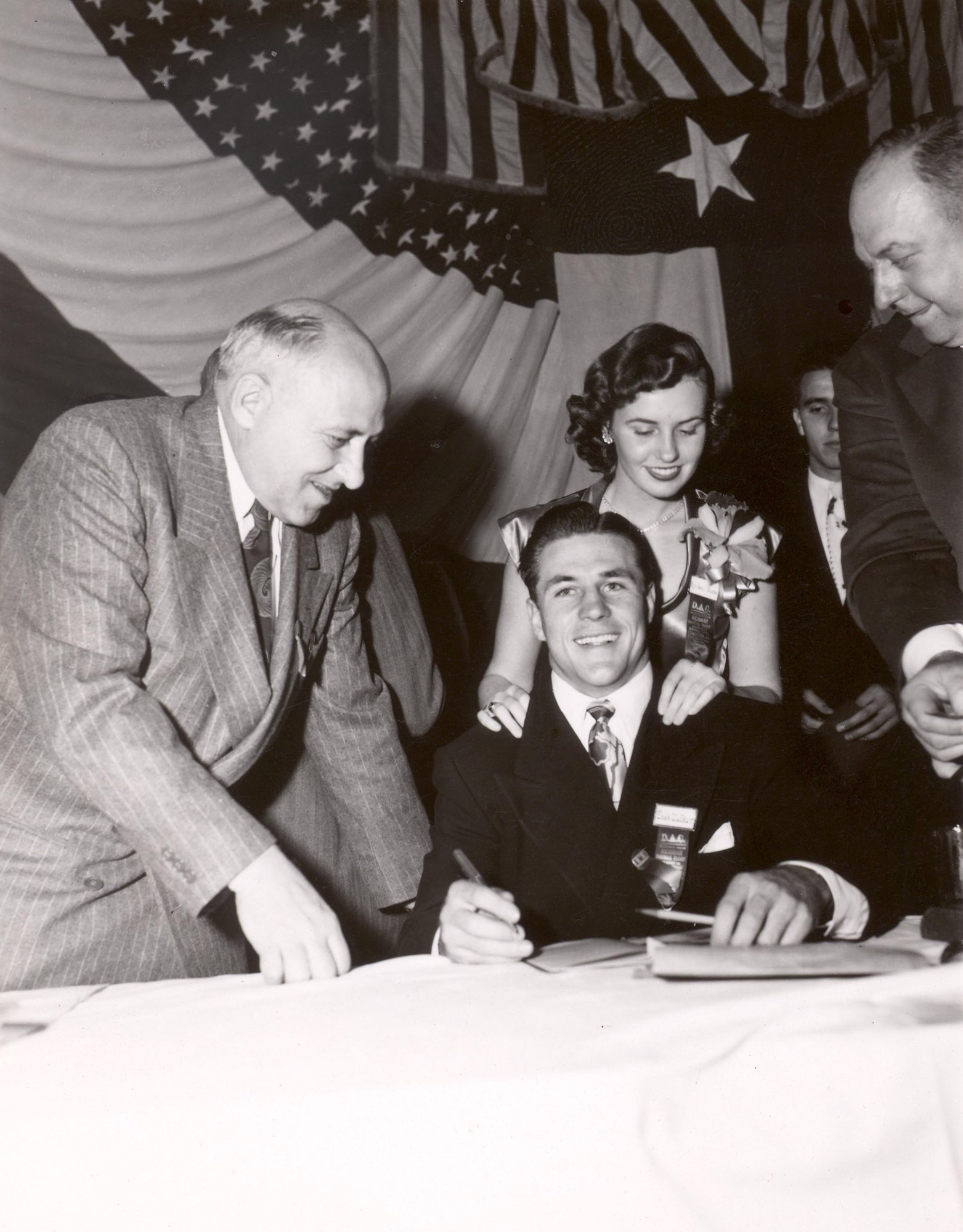 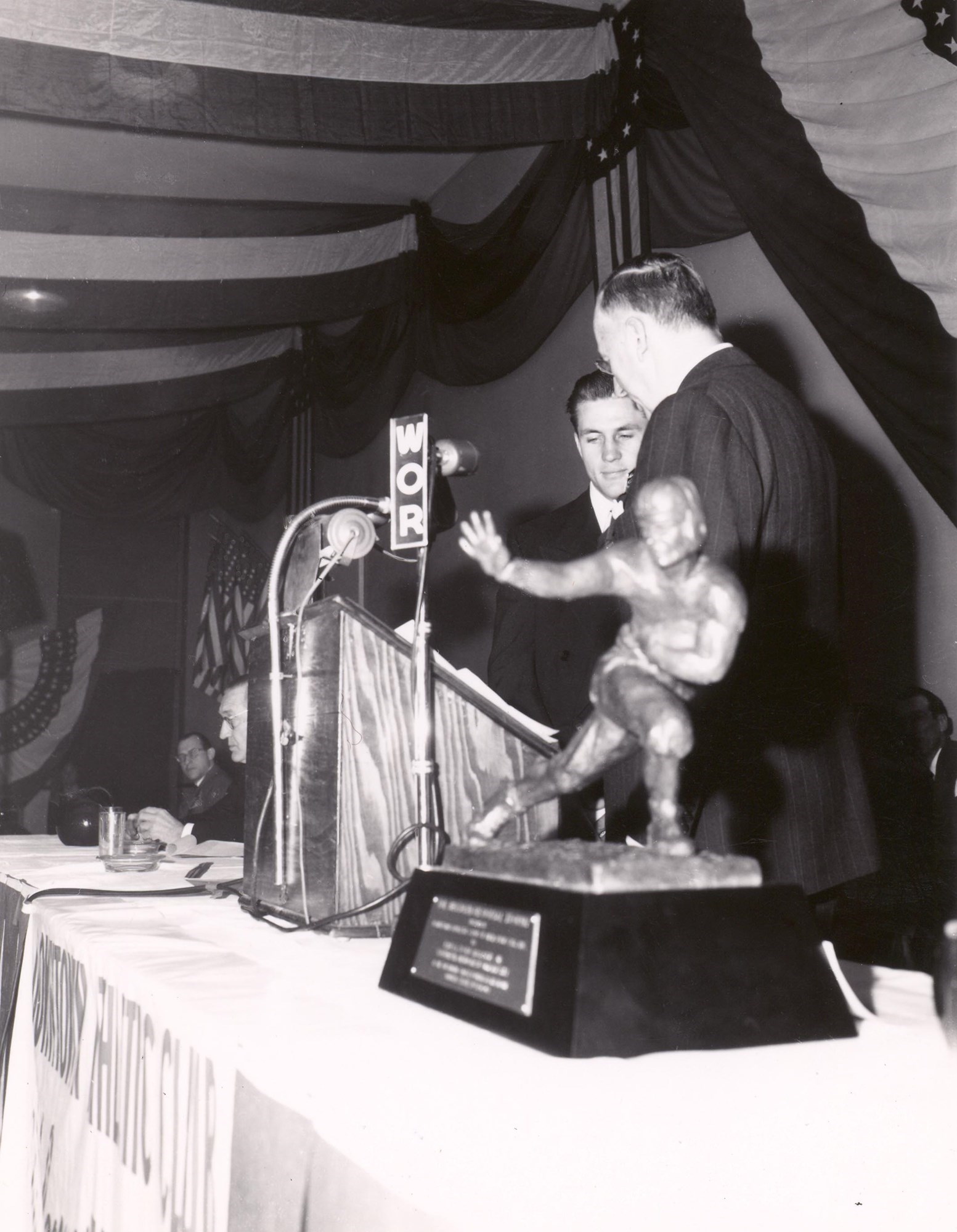 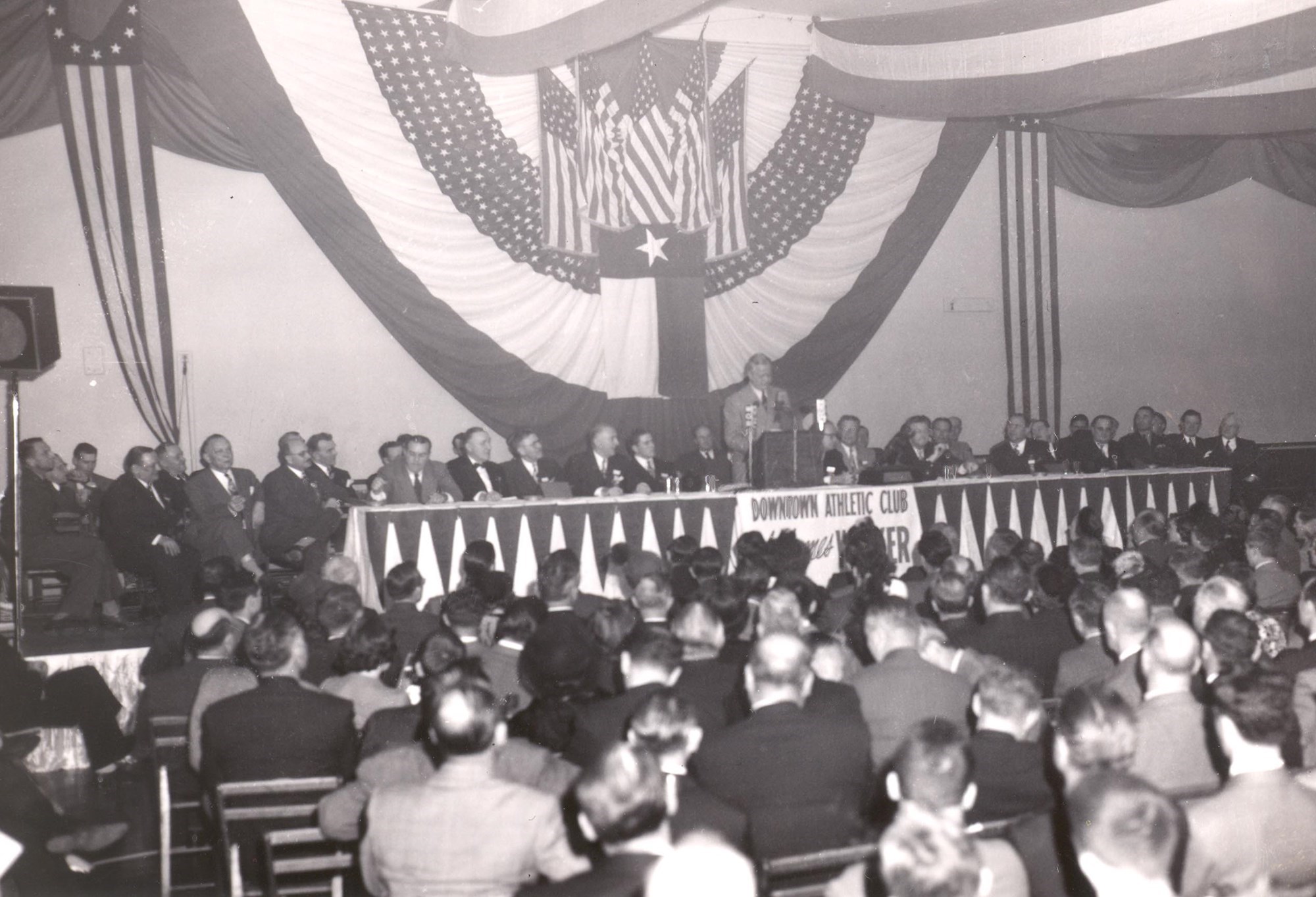 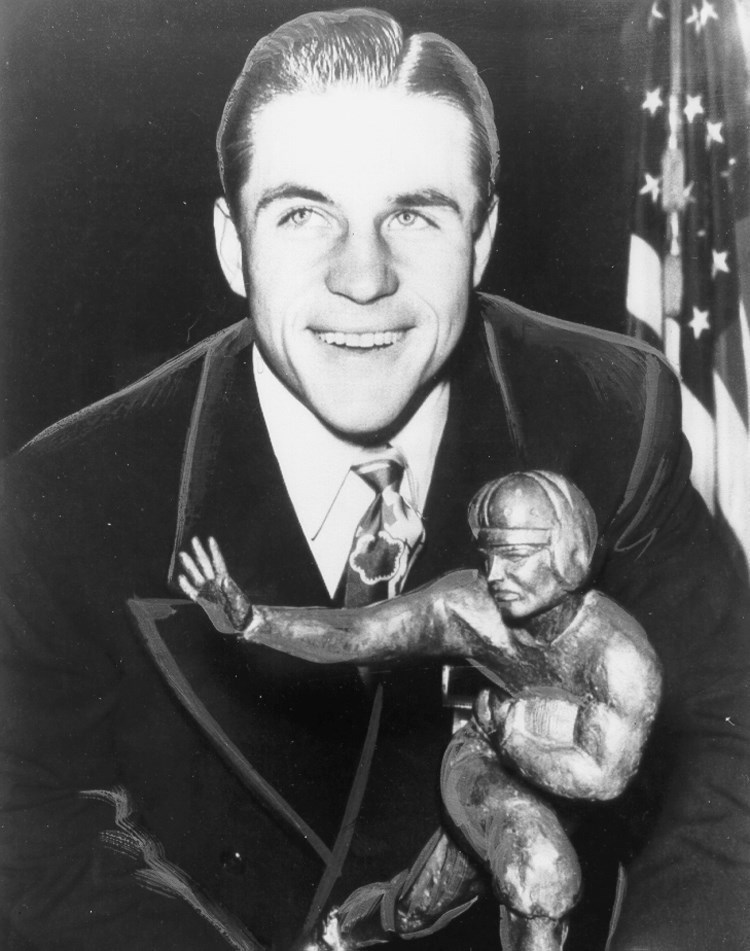 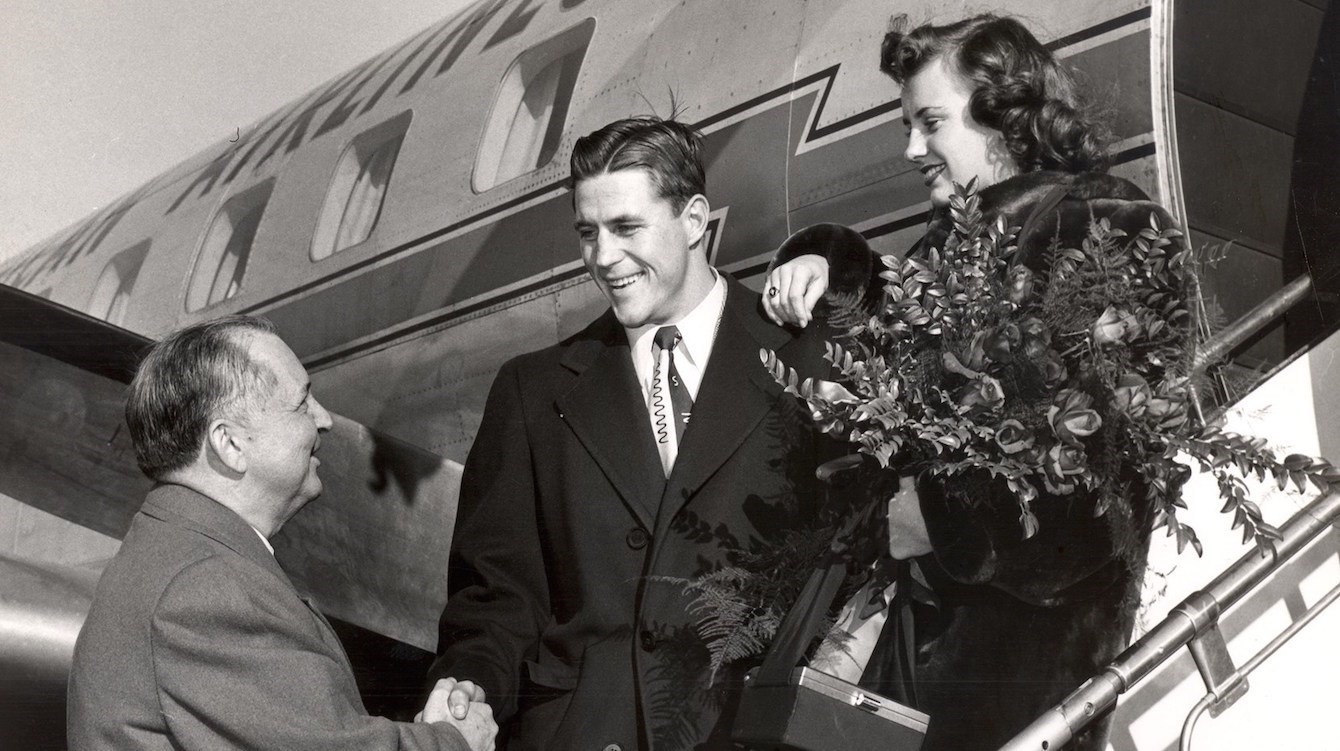 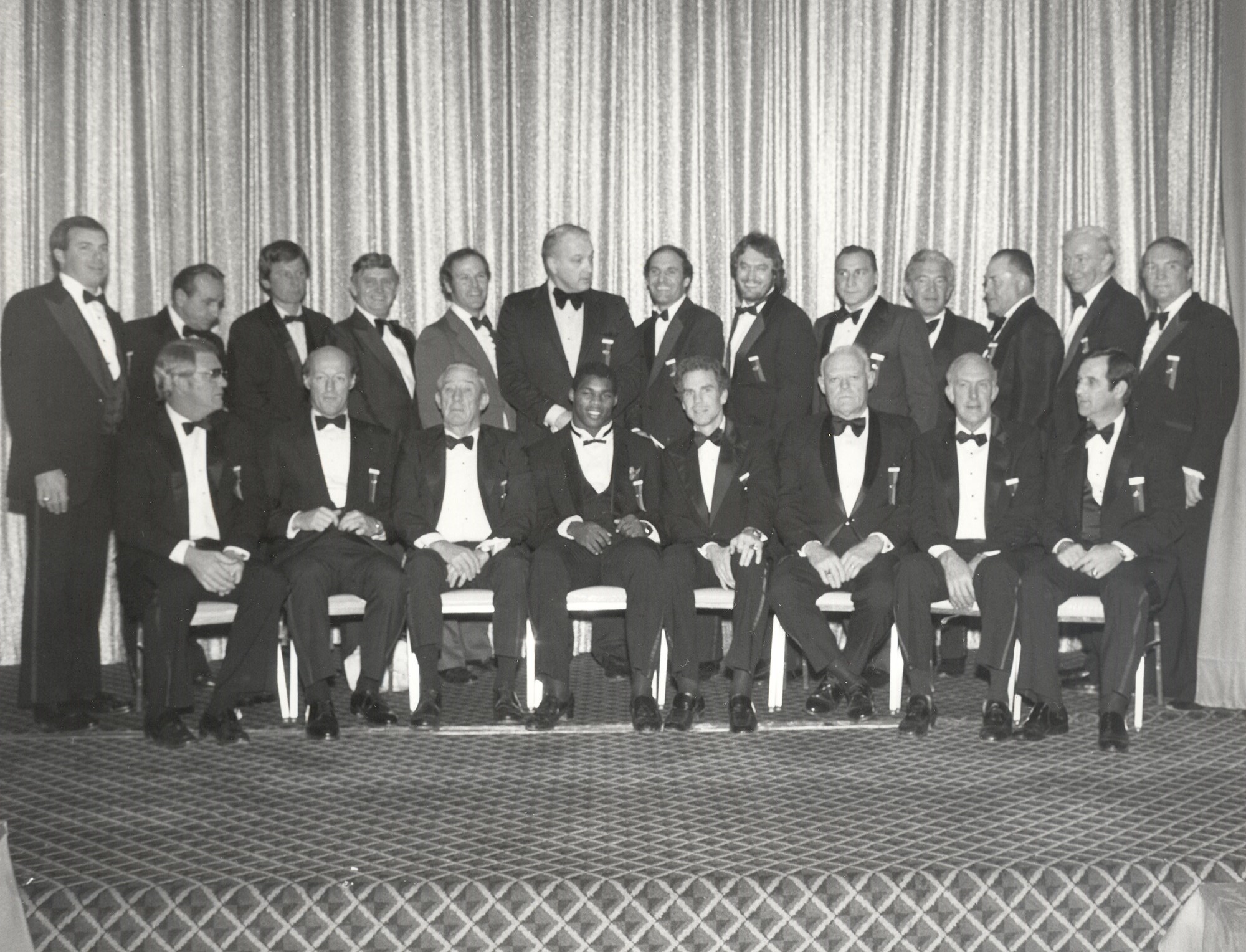