One of the all-time college football greats, Davis won Army’s second Heisman while leading the Knights to a 9-0-1 finish and a No. 2 national finish.

Davis was born and raised in Southern California, the son of a bank manager. Glenn and his twin brother Ralph played high school football at Bonita High in La Verne, Calif. In 1942, Davis led the Bearcats to an 11-0 record and the school’s first-ever football championship, earning the Southern Section Player of the Year award. The brothers were close and had originally planned to attend USC in Los Angeles, but when their U.S. Representative agreed to sponsor them with appointments to West Point, they decided to go there.

At West Point, under coach Earl Blaik, Davis played fullback in his freshman season, but moved to halfback for his three varsity seasons, while Doc Blanchard took over at fullback. Together, they formed perhaps the greatest backfield in football history — Davis was nicknamed “Mr. Outside”, while Blanchard was “Mr. Inside”. As a 1944 sophomore, Davis set NCAA records by averaging 11.5 yards a carry and by scoring 20 touchdowns in nine games. In one of his best games of the season against arch-rival Navy, Davis had a touchdown run of 52 yards and an interception that prevented Navy from scoring a touchdown. Army won the game 23-7. For his efforts, Davis won the Maxwell Award and Walter Camp Trophy as player of the year. He also finished second in voting for the Heisman while Blanchard took third.

The 1945 Army team is often considered one of the best ever. Davis slightly bested his previous record by averaging 11.51 yards per carry and scored 18 touchdowns in nine games. He had another spectacular game against Navy, running in two touchdowns for 33 and 49 yards. Army again won, 32-13. Though Davis had a great season, it was Blanchard who won the Heisman, while Davis finished second.

Davis was not quite as explosive as a 1946 senior, scoring 13 touchdowns while rushing for 712 yards, catching 20 passes for 348 yards and passing for 396 yards and four scores, but Davis still was awarded the Heisman over Charlie Trippi of Georgia while Blanchard finished fifth.

With Davis and Blanchard, Army went 27-0-1 in 1944, 1945, and 1946 and won three national titles. Davis graduated as Army’s all-time leading rusher with 2,957 yards and still holds the NCAA record for most yards gained per carry in a career (8.3). A vital component in three consecutive national championship teams (1944-46), Davis set six other Academy career records on the gridiron and two more in track and field.

Davis finished his career with a school-record 59 touchdowns, 354 points and 5,161 all-purpose yards. In all, he earned 10 varsity letters while at West Point, including four in football, three in baseball, two in track and field and one in basketball. Davis might’ve been the fastest of the early Heisman winners, with a best of 9.6 in the 100-yard dash. Some old-time observers claimed that track would have been Davis’ best sport, had he concentrated on it. As evidence, note that in 1947 he ran a 6.1-second 60-yard dash at Madison Square Garden. In doing so, he beat Barney Ewell, who would go on to win the silver medal in the 100 meters at the London Olympics in 1948.

No story about Davis’ athletic accomplishments would be complete, however, without recounting what happened later that spring. Davis played nine innings of baseball for Army in center field, collecting a couple of hits. After, he rushed to the track and, in borrowed shoes, won the 100-yard dash in 9.7 seconds, then later won the 220 in an academy-record time of 20.9.

Serving in the Army in Korea until 1950, Davis resigned his commission to join the Los Angeles Rams and played on two championship teams. Injuries cut his career short, however, and he turned to public relations and promotions for the Los Angeles Times special events department with the primary goal of raising money for youth activities.

Davis was inducted into the National Football Foundation College Hall of Fame in 1961. He passed away March 9, 2005.

Game-by-game statistics for Glenn Davis’ 1946 season are unavailable at this time.

Here are his Heisman season totals for 1946: 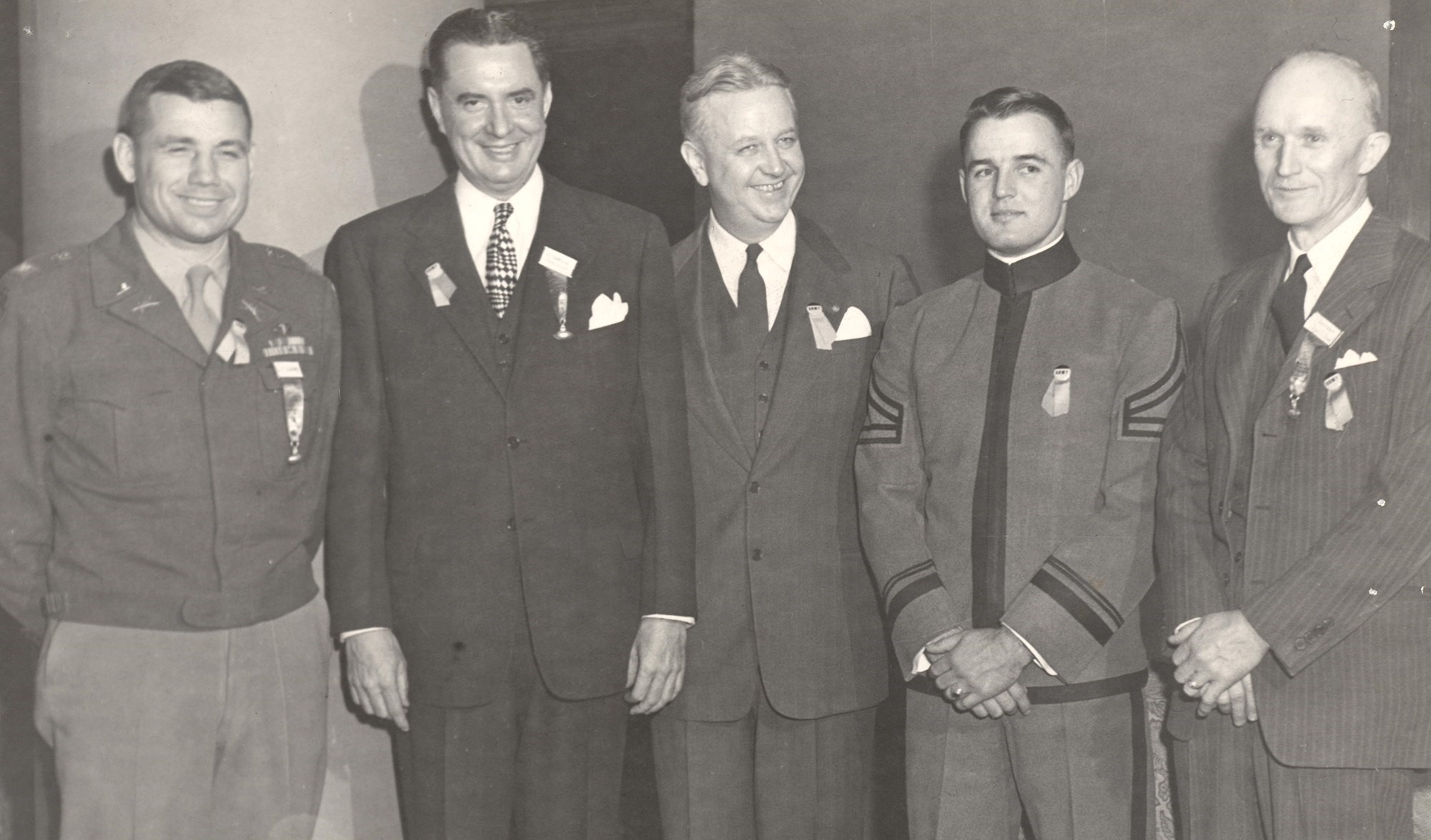 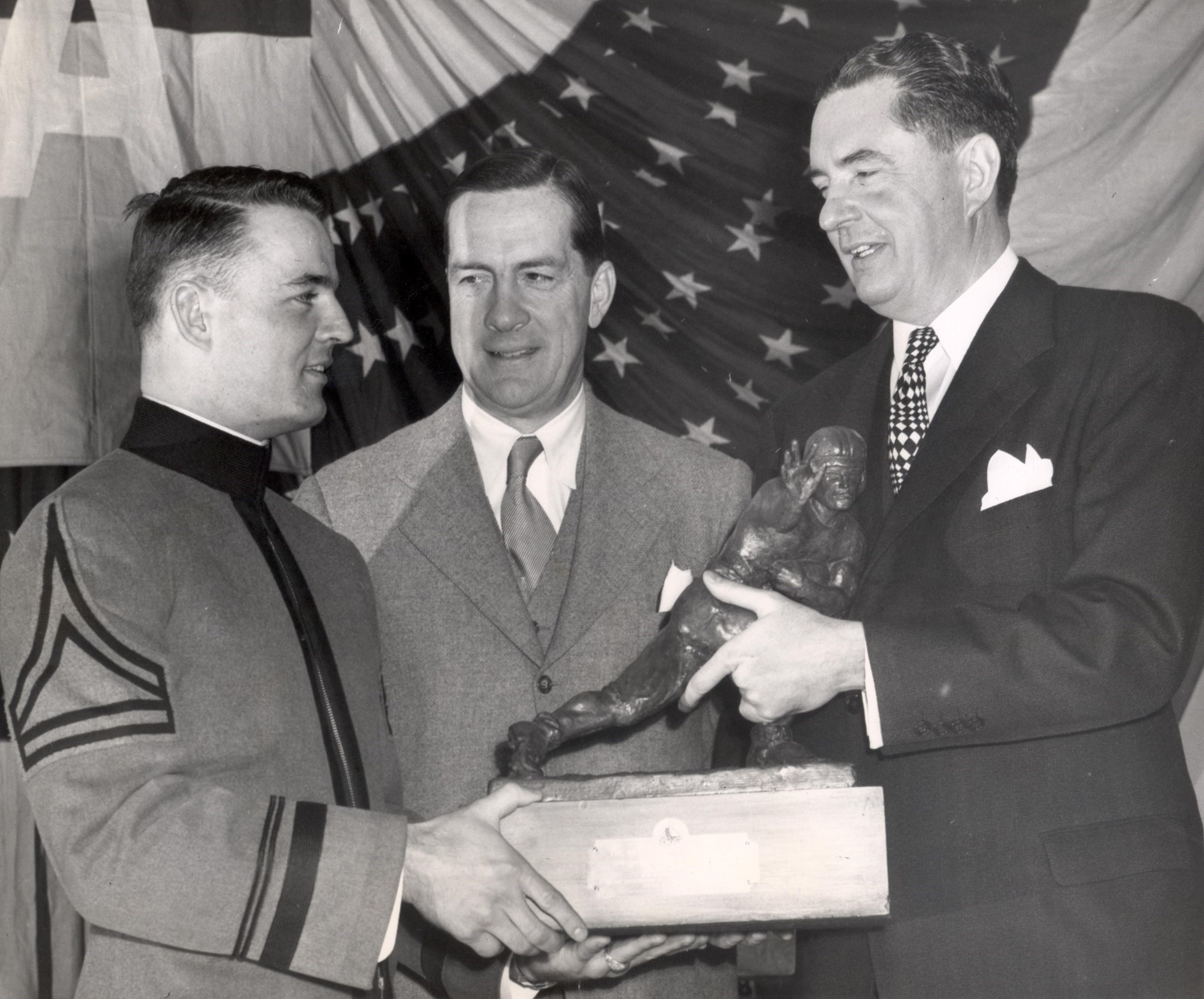 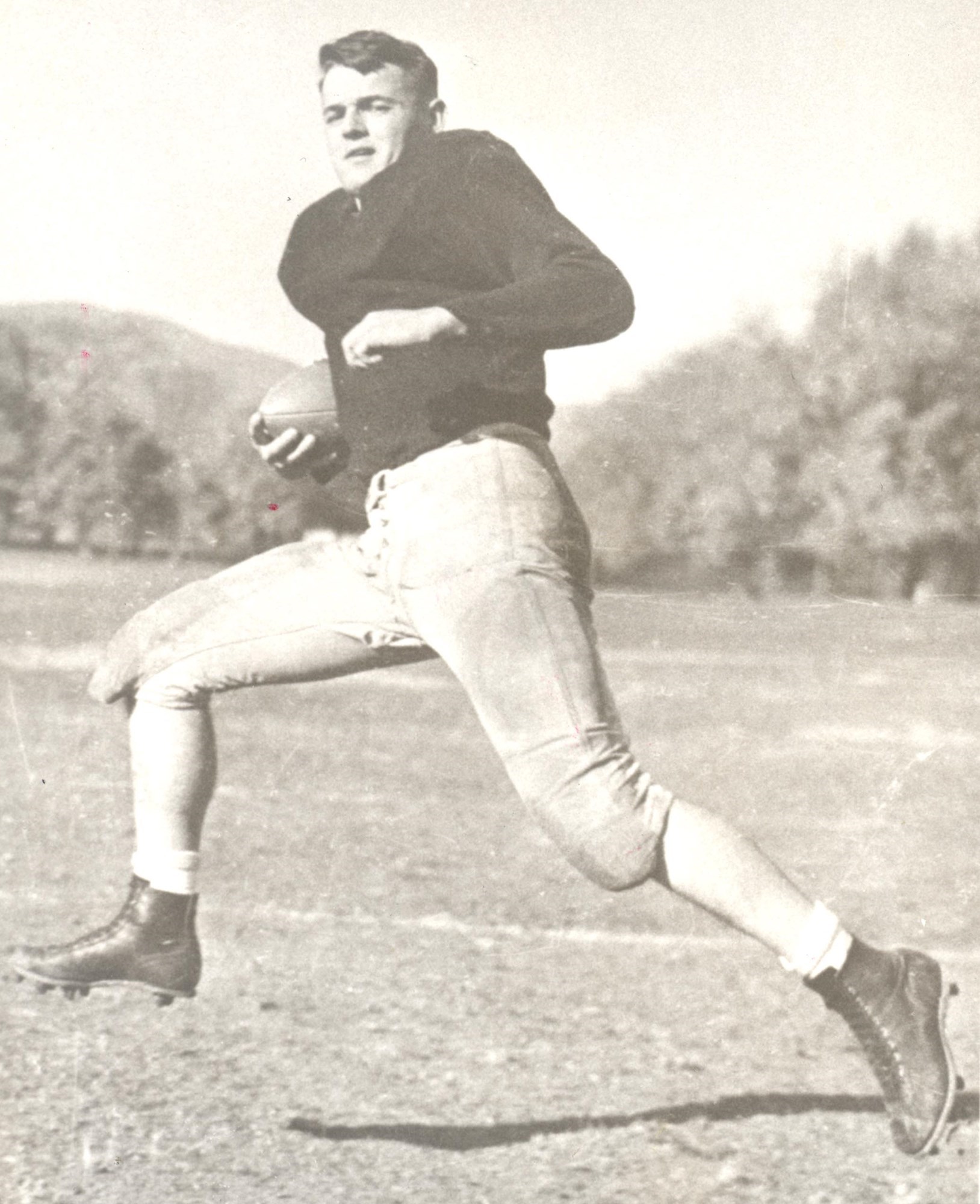 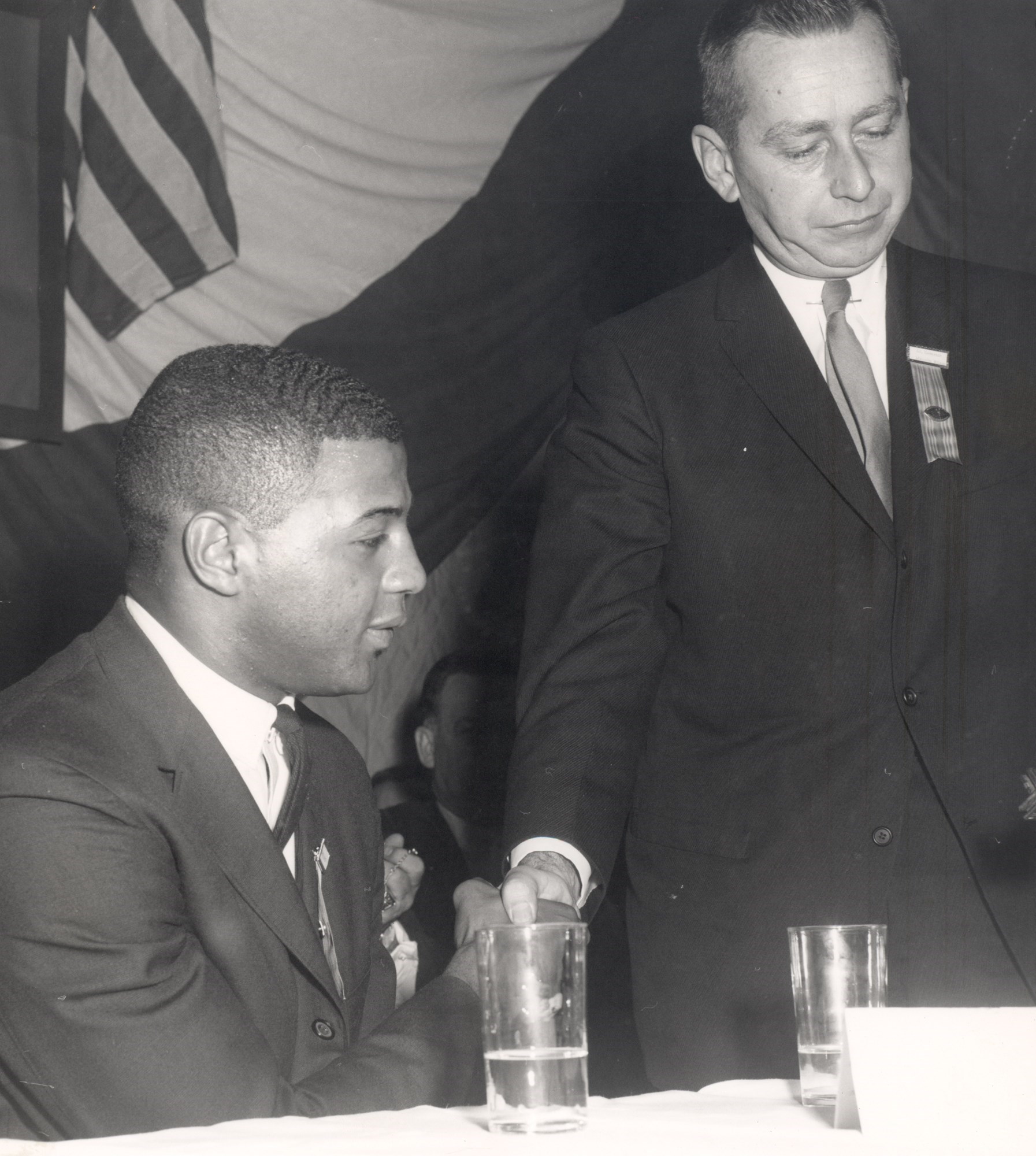 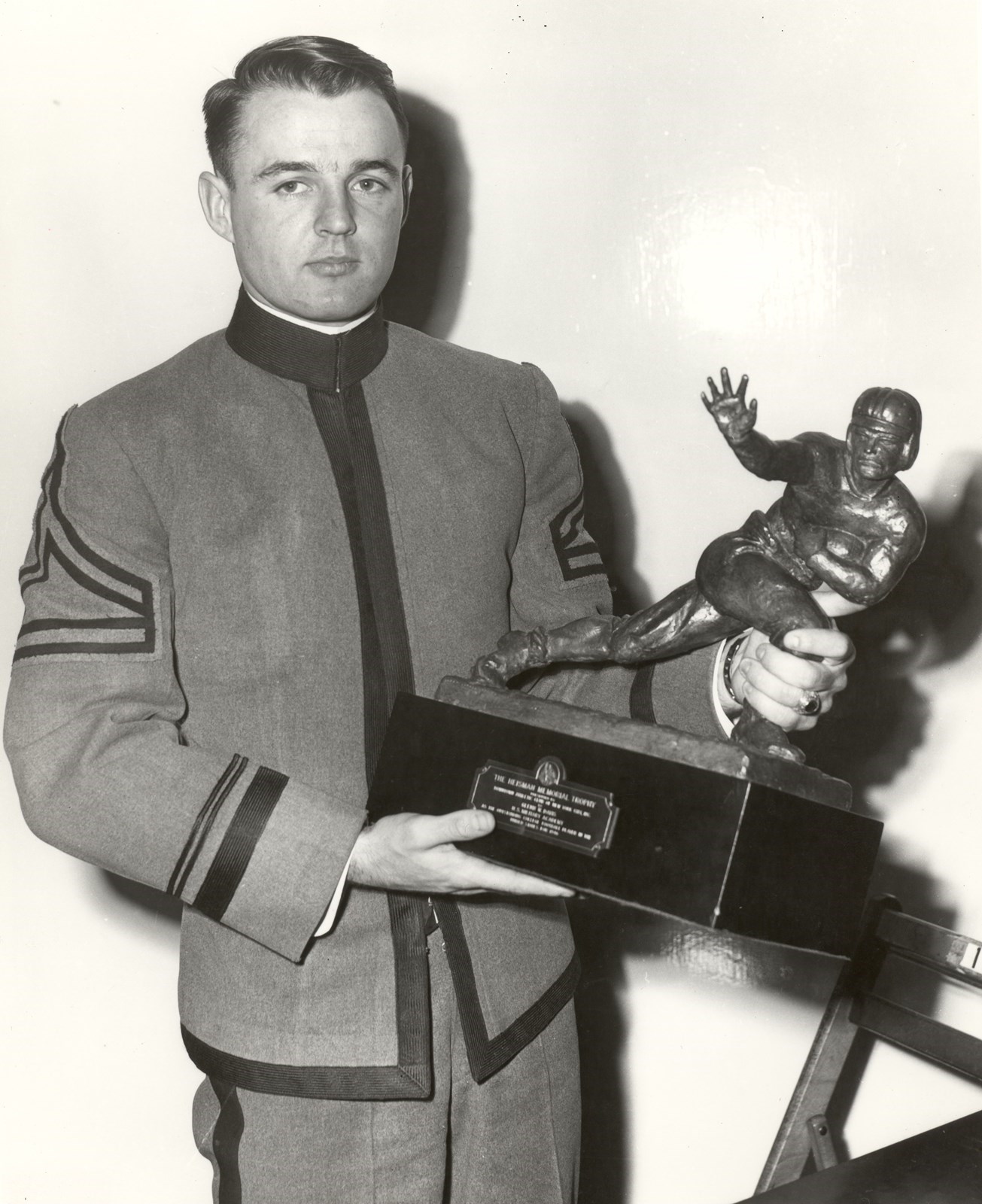 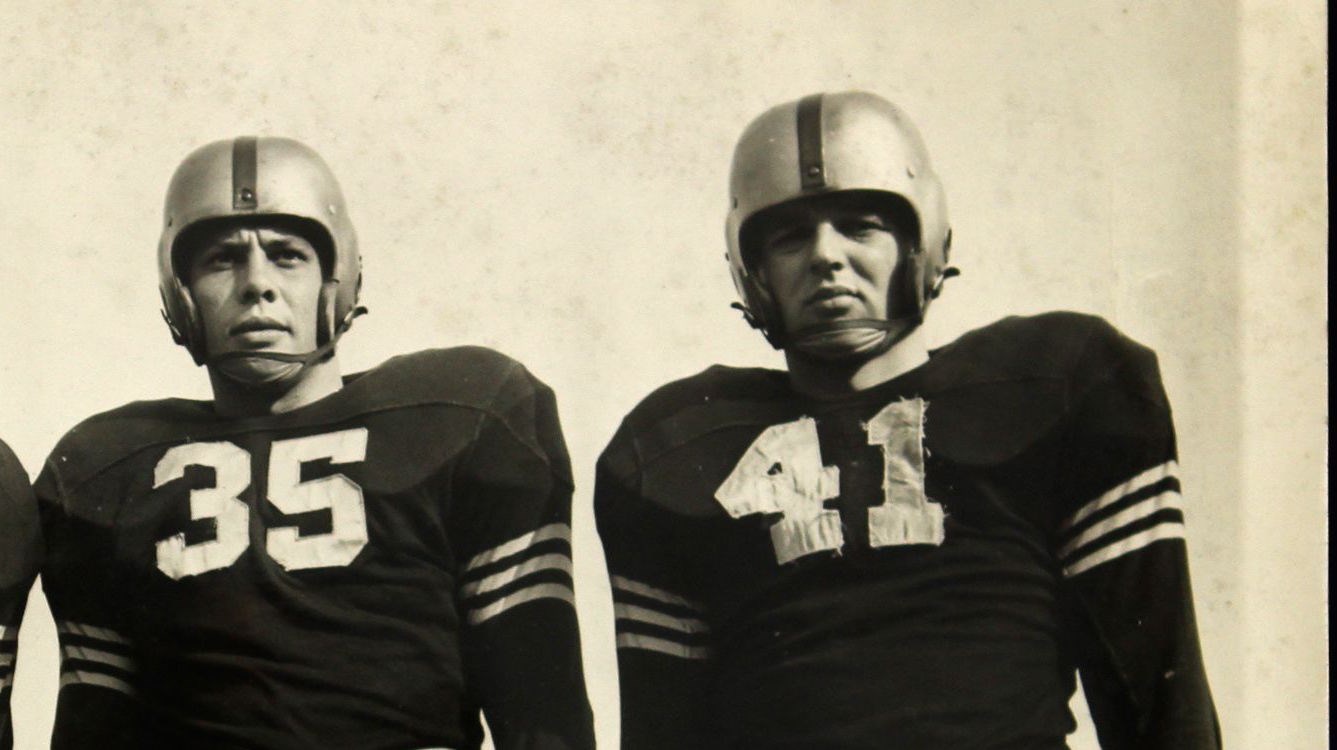 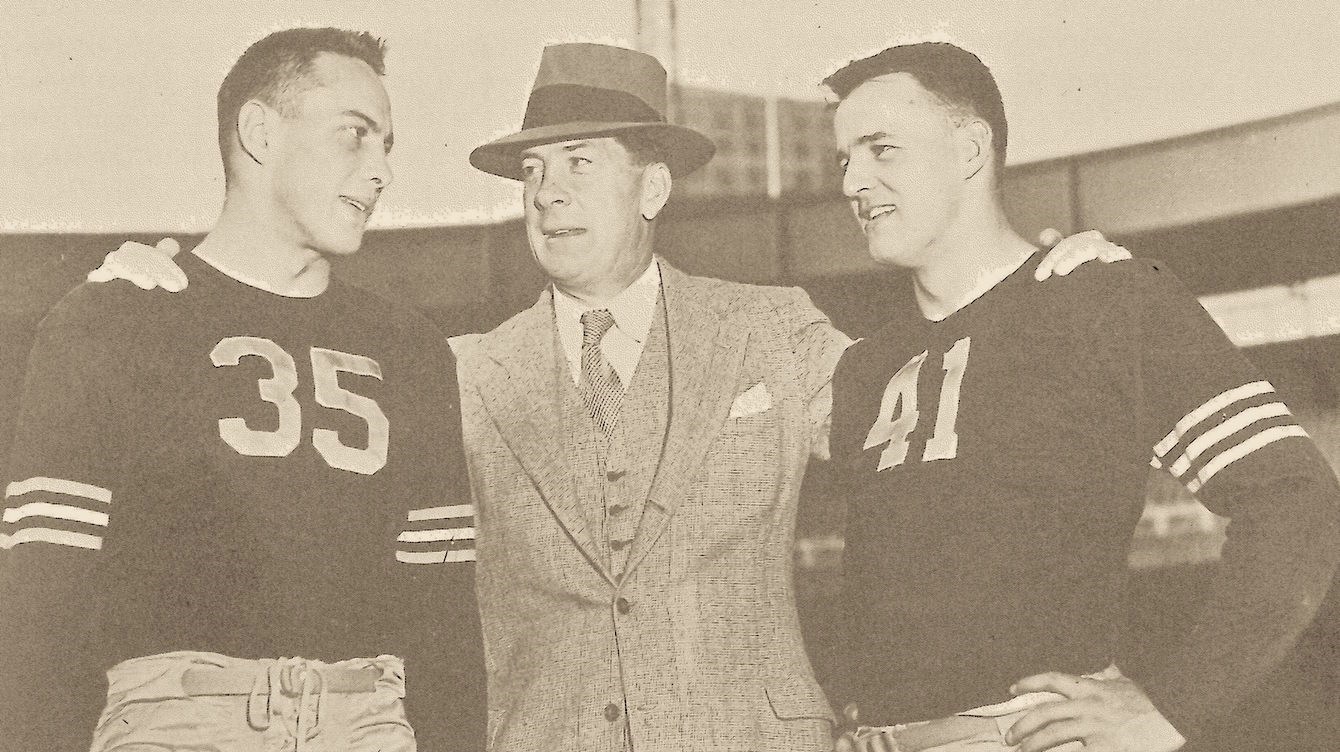 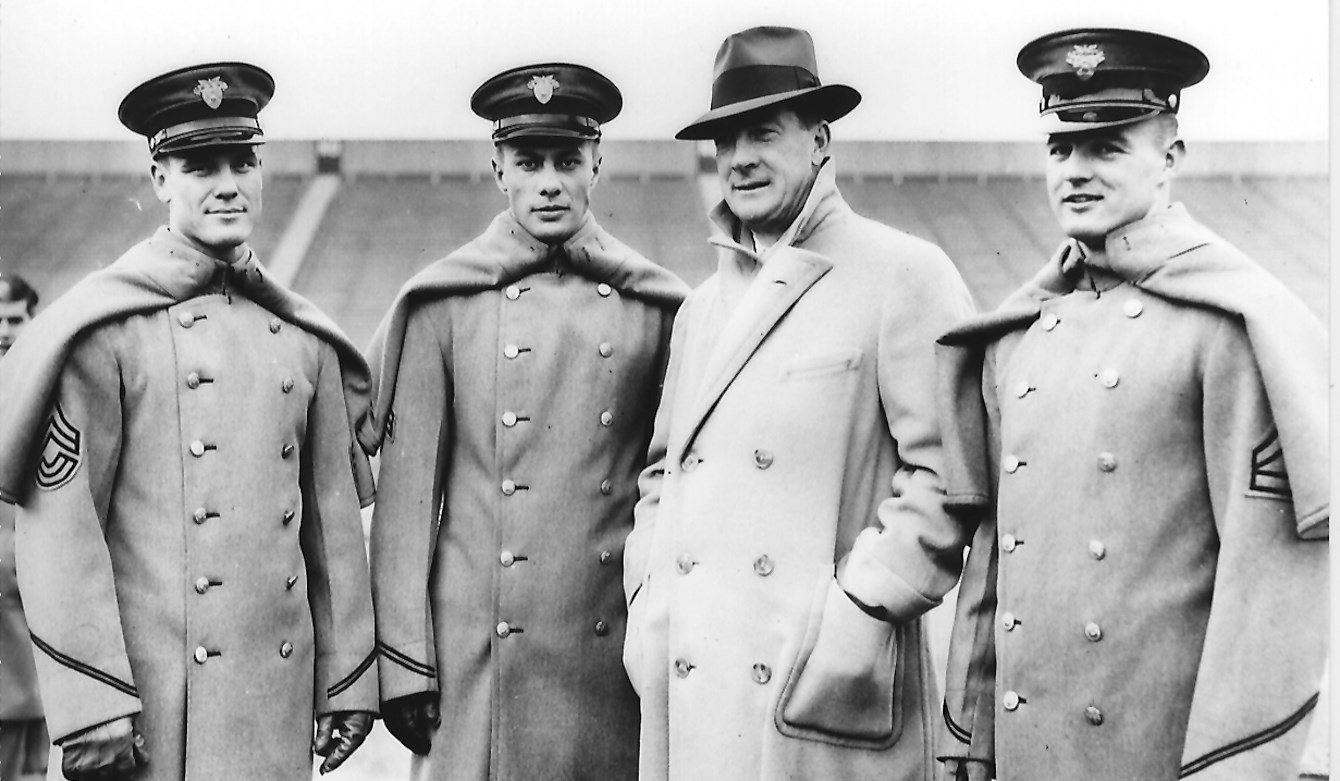