Bertelli won Notre Dame’s first Heisman in 1943, the first T-formation quarterback to do so. He is one of six Heisman winners to also finish as a Heisman runner up.

Born in West Springfield, Massachusetts, Bertelli matriculated at Springfield’s Cathedral High and was All State in football, baseball and hockey, while finding time to be the Senior class president.

The 6-1, 173-pound Bertelli was a single wing tailback, but Irish coach Frank Leahy thought he would be a good fit for the T-formation.

He was right. As a sophomore, Bertelli, led the nation with a 56.9 percent passing average, completing 70 of 123 attempts while placing second in the Heisman vote. The next year, Bertelli passed for 1039 yards and 10 touchdowns in 1942 and earned the nickname “the T-formation magician” from famed sportswriter Grantland Rice. He finished sixth in the Heisman that year.

During his senior year in 1943, the Marine Corps activated Bertelli after six games of Notre Dame’s 10-game season. In the six games Bertelli started in, he threw 36 passes, completing 25 with 10 touchdowns. Bertelli’s six-game 1943 performance was enough to win the Heisman Trophy. During Bertelli’s three seasons, Notre Dame lost only three games. In 1943, Notre Dame won 43 to 5 on average.

In 1944, Bertelli was promoted to the rank of second lieutenant, where he served as an infantry and recreation officer. After stops at Quantico, Camp Lejeune and Camp Pendleton, Bertelli embarked to participate in combat operations in the Pacific. After arriving from Guam in February 1945, Bertelli fought in the Battle of Iwo Jima and was nearly killed when a Japanese mortar shell landed 15 feet away from his position. Bertelli returned to Guam in March and served in Sasebo, Japan, before returning to the states in March 1946. After World War II, Bertelli entered the Marine Corps Reserves where he was promoted to the rank of captain and served until 1957.

In 1946, Bertelli signed with the Los Angeles Dons of the All-America Football Conference. Bertelli played for the Chicago Rockets between 1947 and 1948. After several knee surgeries, he retired prior to the 1949 season. After his retirement from professional football, Bertelli moved to Clifton, New Jersey and operated several businesses. He was the color analyst for the Princeton University football games broadcast on radio station WVNJ, 620 AM and 100.3 FM in the 1950s and 60s.

Bertelli was elected to the National Football Foundation and College Hall of Fame in 1972. He passed away on June 26, 1999.

Game-by-game statistics for Angelo Bertelli’s’ 1943 season are unavailable at this time.

Here are his Heisman season totals for 1943:

Bertelli played only six games in 1943 before he was called up to serve in the Marines. 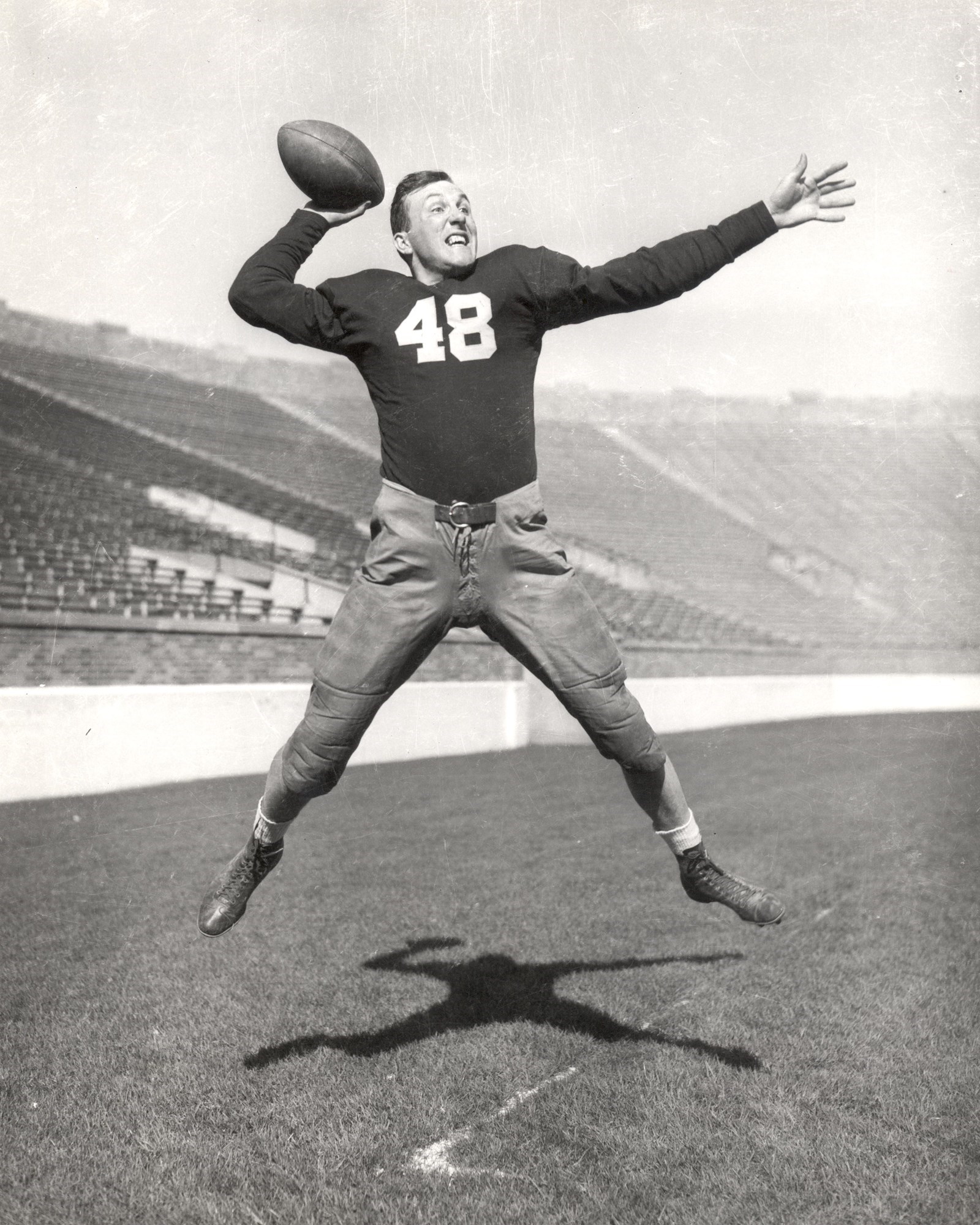 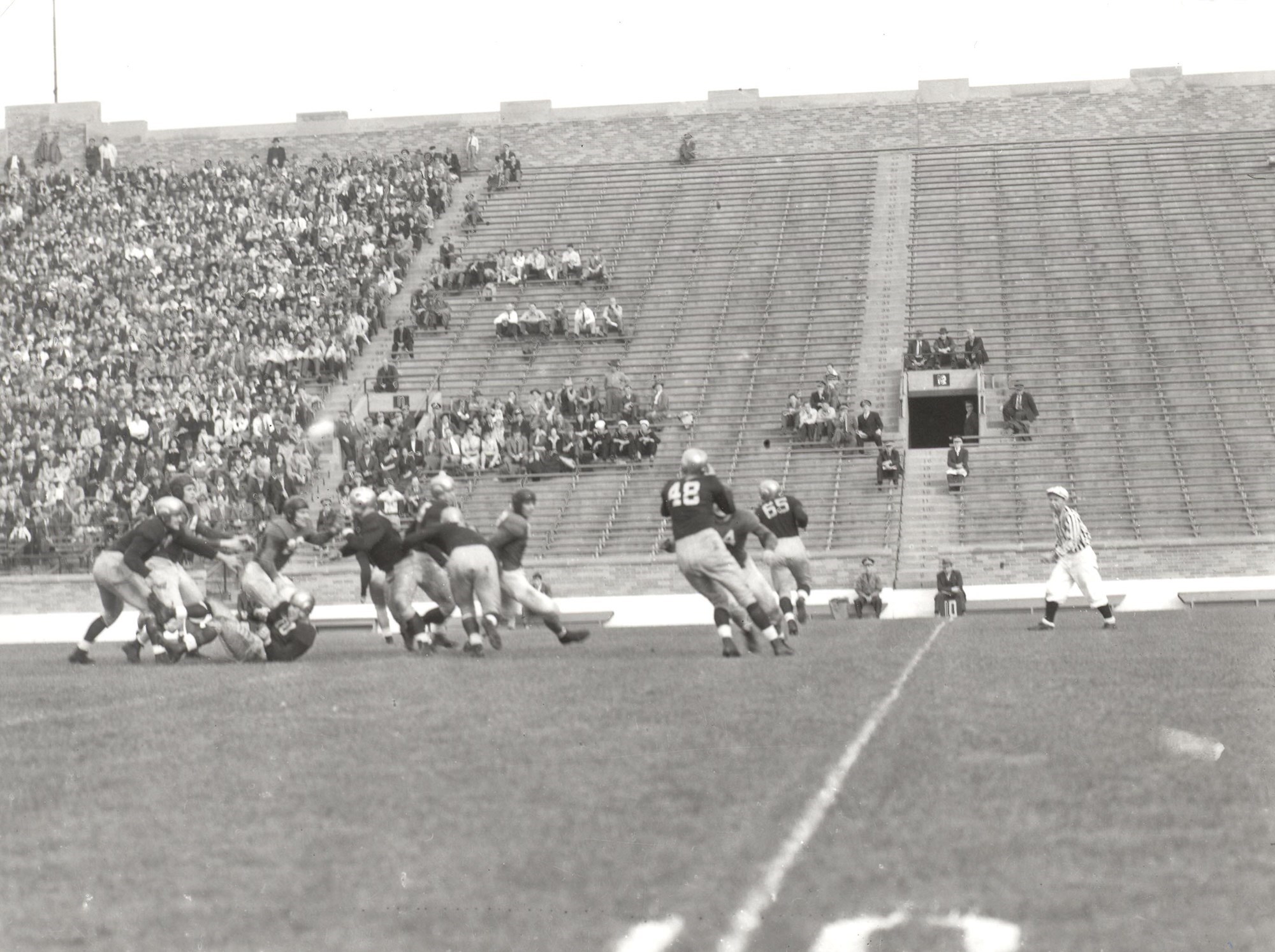 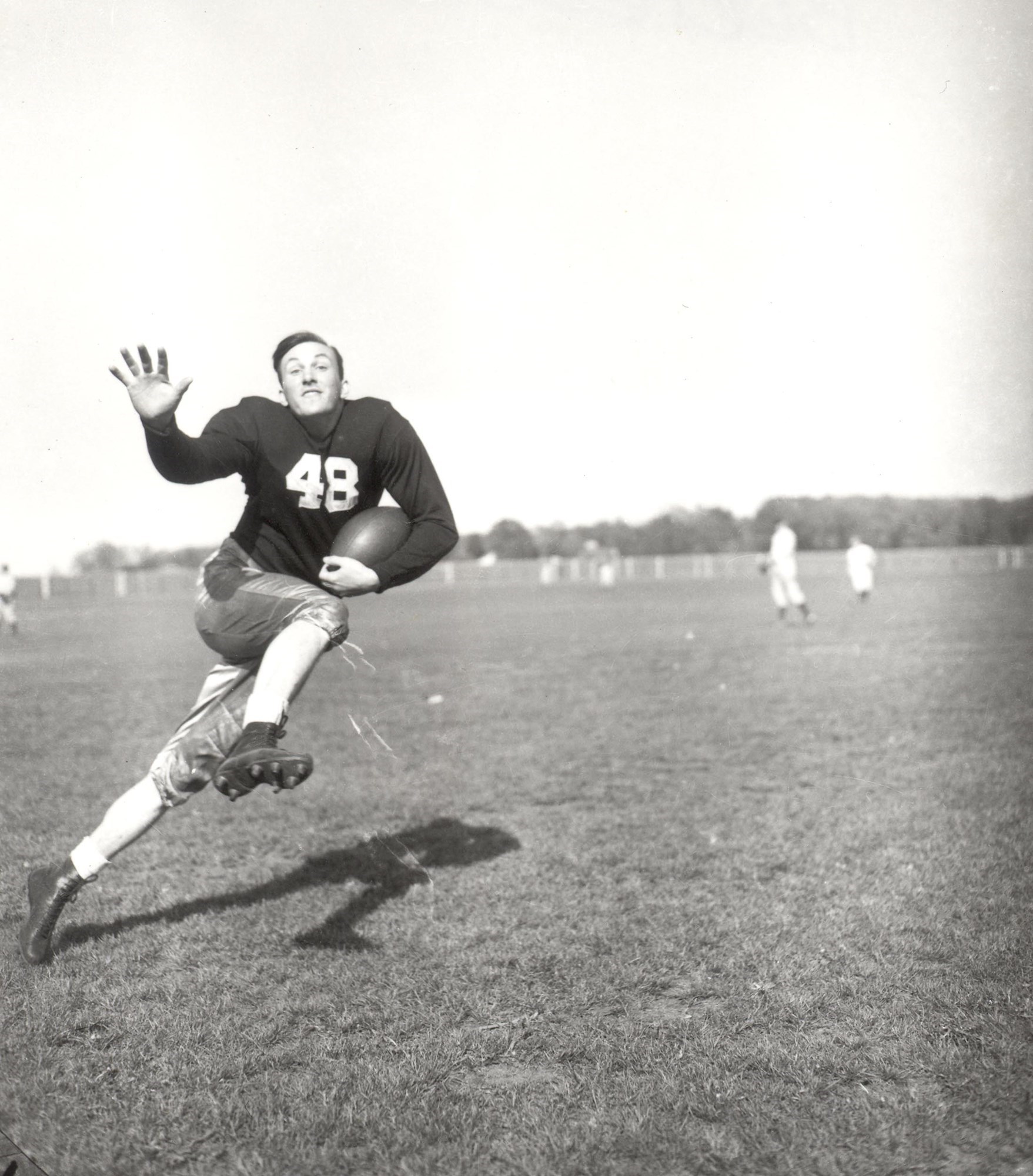 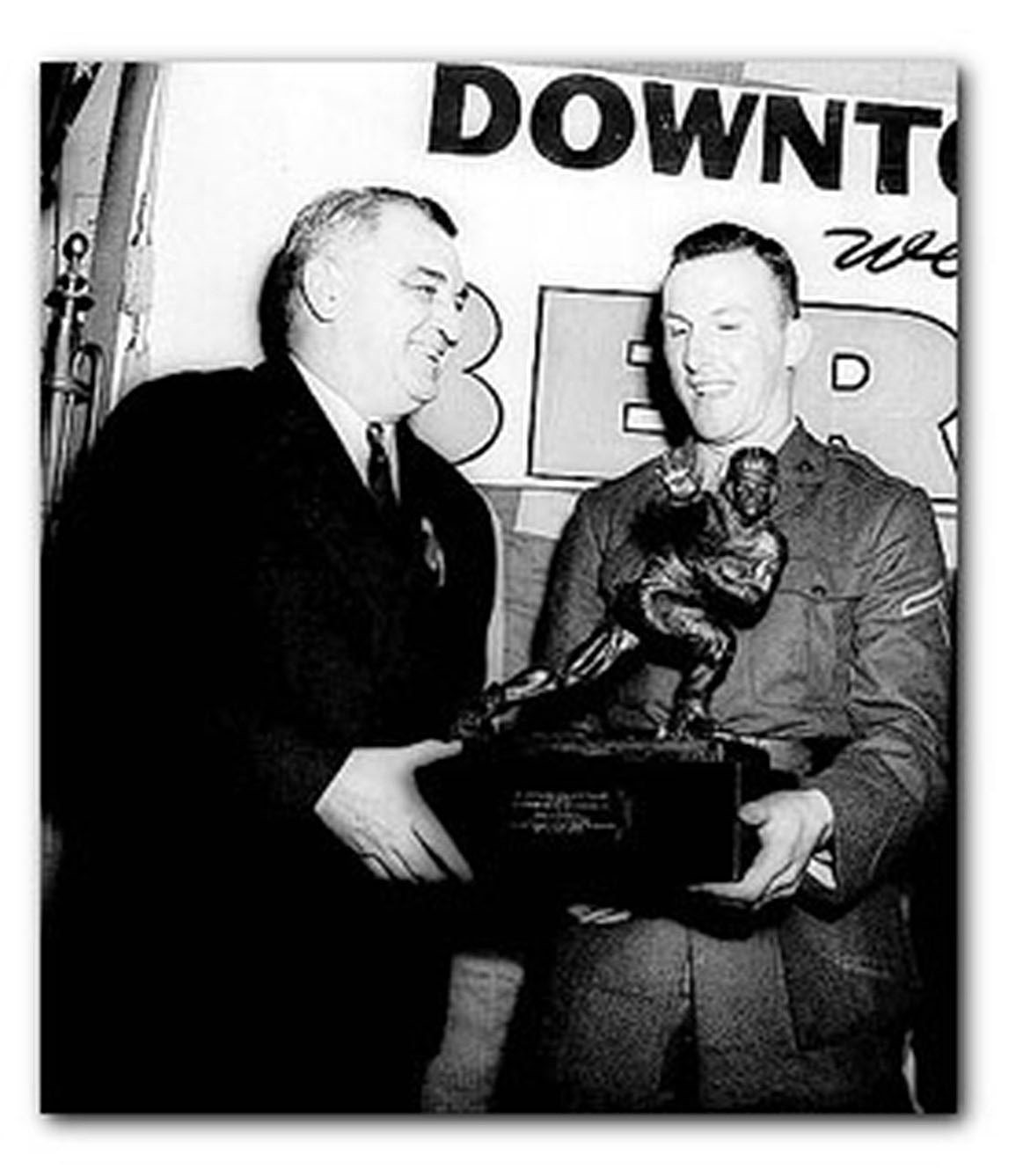