Born in South Bend, Indiana, Horvath spent most of his youth in Parma, Ohio. He played on the track, basketball and football teams for Parma until the 11th grade, but decided to switch schools as a senior. Horvath’s family relocated, and he enrolled at James Ford Rhodes High in Cleveland, one of Parma’s rivals. Playing as a quarterback for the Rhodes Rams, Horvath guided the team to seven straight wins in 1938 and just missed out on the city title.

In 1940, he enrolled at Ohio State where he became a football sensation. He lettered in football for the Buckeyes in 1940, 1941, 1942 and 1944. Horvath was right halfback on the 1942 national championship team but in 1943 he was in dental school and not eligible for football.

At this time, college football players received only three years of eligibility to play, but because of World War II and the resulting shortage of athletes in school, football players received an additional year of eligibility. In 1944, Buckeye coach Carroll Widdoes asked Horvath to return to the team for a fourth year. Due to the demands of dental school, Horvath was initially reluctant to play but agreed to do so after Widdoes promised that Horvath would be flown to all of the games and would not have to practice as much as the other players. Ohio State went 9-0, won the Big Ten and ranked No. 2 nationally. Horvath rushed for 905 yards and passed for 345. He ranked second in the nation in rushing, third in total offense, was unanimous All-America, Most Valuable Player in the Big Ten, and won the Heisman Trophy.

He graduated from dental school in 1945, joined the Navy as an ensign, and was discharged in July, 1947.

A sixth-round pick, Horvath played three years of pro football with the Rams and Browns, then practiced dentistry in Los Angeles.

Les Horvath’s Heisman Year Statistics for the 1944 season are incomplete.

(^) Played in Cleveland
(**) does not include carries against Illinois 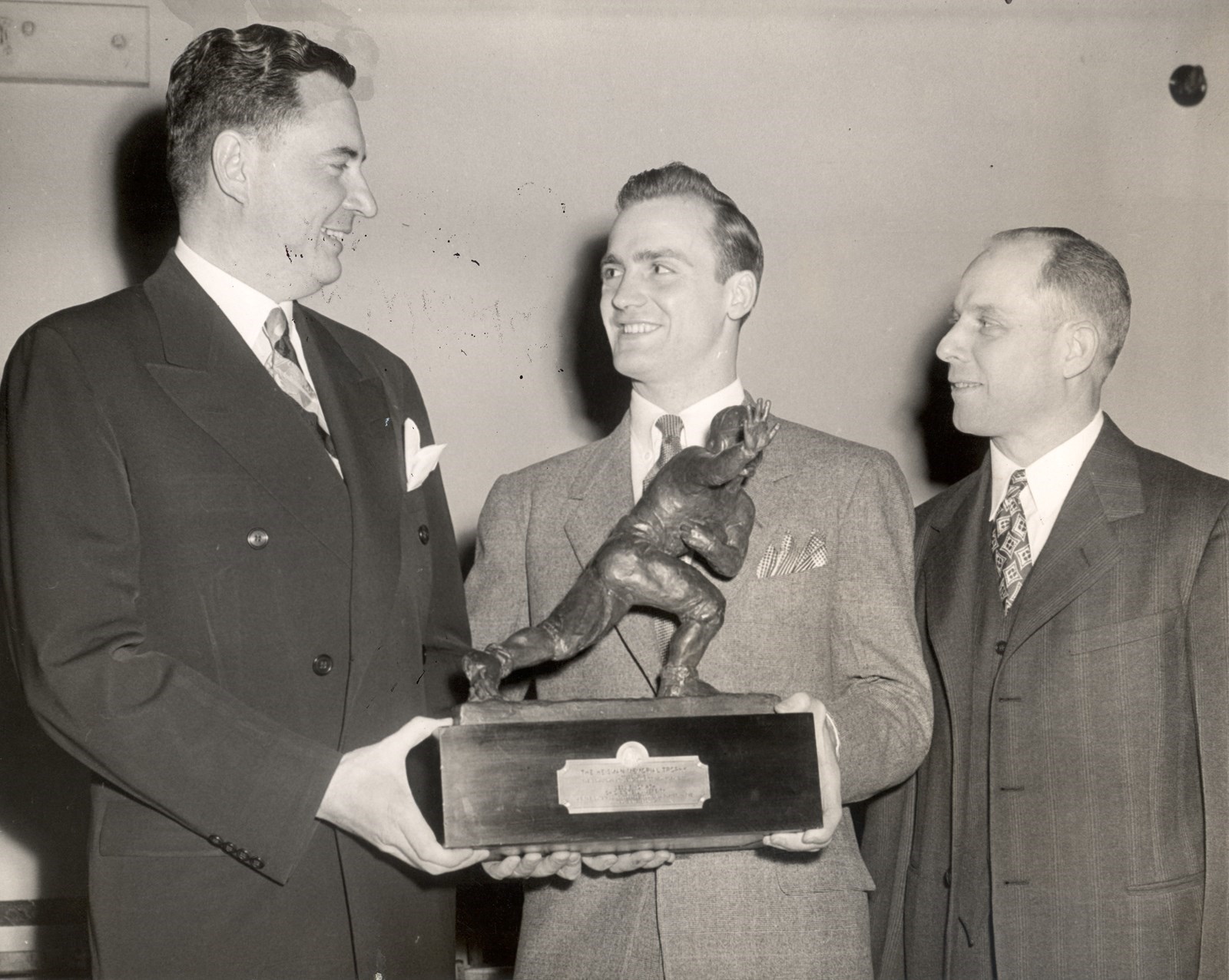