Bradford’s combined 53 touchdowns running and passing are tied with Marcus Mariota for the most in Heisman history.

The 6-4, 220-pound Bradford was born in Oklahoma City, Oklahoma. He attended Putnam City North High School in Oklahoma City, where he starred in football, basketball and golf. As a senior quarterback for his high school football team in 2005, he threw for 2,029 yards and 17 touchdowns in 12 games.  His senior year in basketball, he averaged a double-double.

Bradford was not highly-recruited coming out of high school, but he did receive a scholarship offer from Oklahoma, which he accepted.

After a redshirt season in 2006, Bradford turned in one of the best seasons by a redshirt freshman in collegiate history in 2007, throwing for 3,121 yards and 36 touchdowns while leading the nation in passing efficiency.

That set the stage for a phenomenal 2008 year. Bradford was the trigger man for the highest-scoring offense in NCAA history, throwing for 4,464 yards with 48 touchdowns and just six interceptions. He again led the nation in passing and also added five rushing touchdowns as the Sooners went 12-1 and qualified the BCS national title game.

The 2008 Heisman vote was an intriguing one, as Bradford beat out Colt McCoy and Tim Tebow despite Tebow getting the most first-place votes. Bradford’s second-place tallies put him over the top.

The Sooners fell to Florida in the title game, but Bradford returned as a junior in 2009. However, he suffered a severe shoulder injury in the opener against BYU and only made two more appearances the rest of the season.

He declared for the NFL draft following the 2009 season and was selected as the first overall pick in the 2010 draft by the St. Louis Rams. He was named the 2010 NFL Rookie of the Year, but has continued to be affected by injuries since then. He most recently signed with the Philadelphia Eagles. 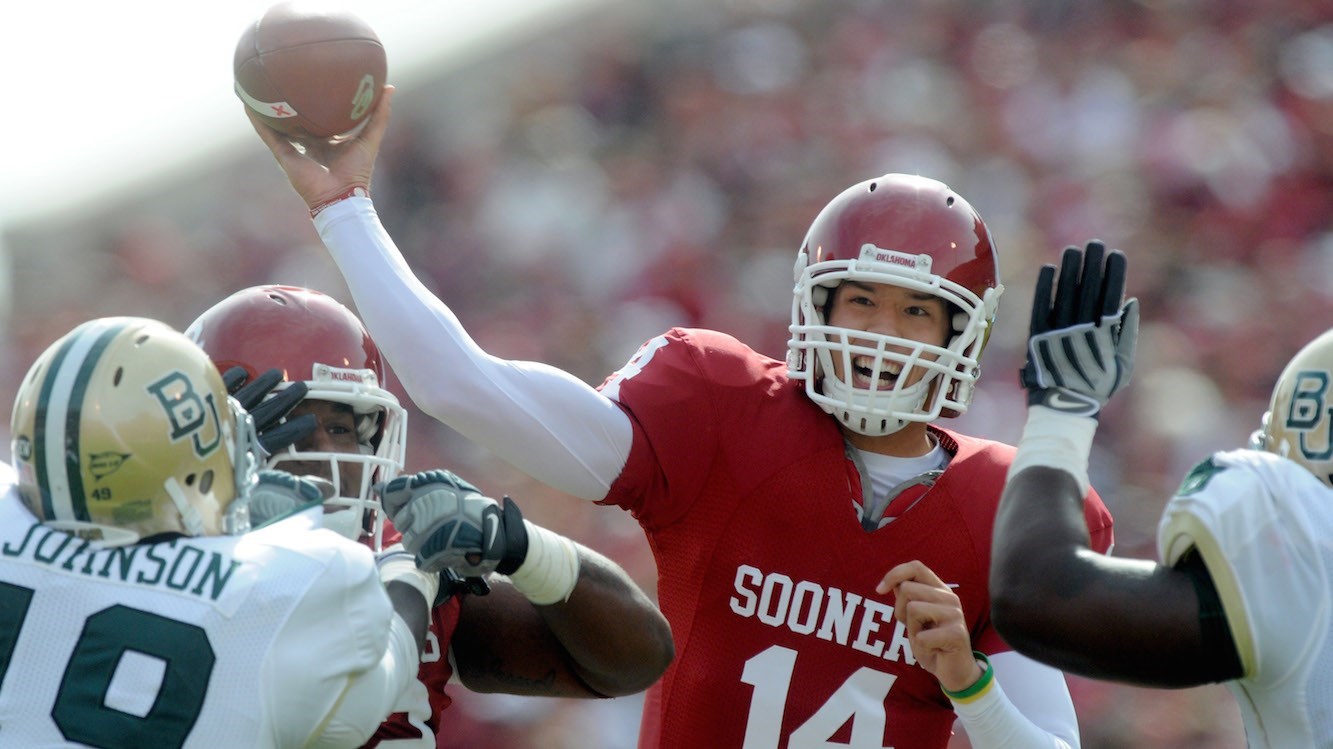 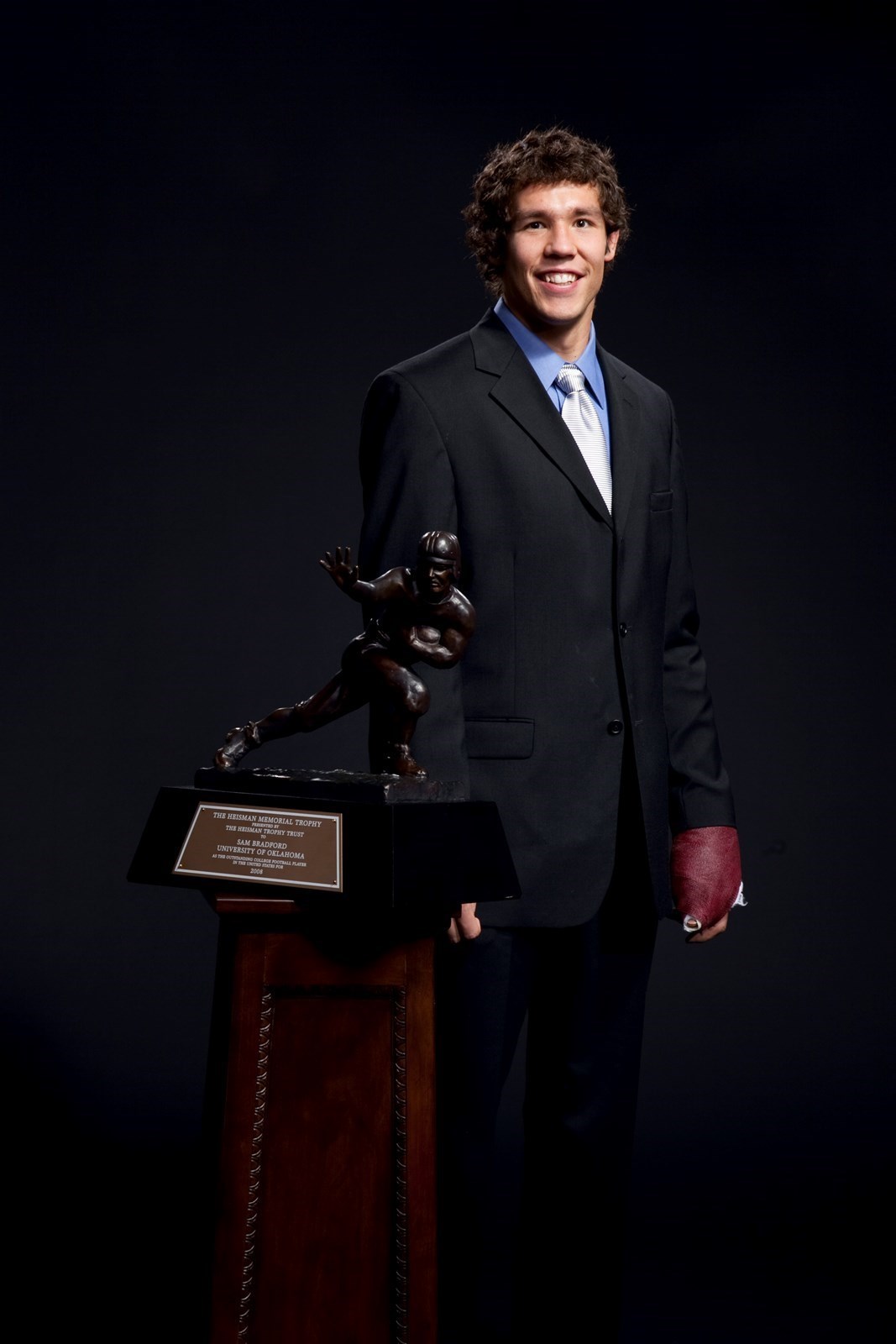