Simpson, one of the greatest backs in football history, won USC’s second Heisman (and its second in four years) while setting the NCAA single-season rushing mark in 1968.

Born in San Francisco, Simpson graduate from Galileo High in 1965 as a star running back, defensive back and track athlete. He attended City College of San Francisco for his first two seasons and was named a junior college All-American as a running back in 1966 (he is the first of three Heisman winners to attend junior college).

The 6-2, 210-pound Simpson transferred to USC in 1967, where he immediately became a star on the track that spring, finishing sixth in NCAA 100m-dash while also running the third leg on the world-record setting 440-yard relay squad that won an NCAA title. The following fall, Simpson led the nation in rushing with 1,543 yards and scored 13 touchdowns to help lead USC to a 10-1 record and the national title. He finished second in the Heisman to UCLA’s Gary Beban.

As a senior, Simpson ran wild, logging 1,709 yards and scoring 22 touchdowns in the regular season as USC went 9-0-1 and finished second in the polls. He carried the ball an NCAA-record 334 times. Not surprisingly, Simpson cruised to the Heisman, winning by a record margin of 1,750 points.

In his 22-game career, Simpson gained 3,423 yards and scored 36 touchdowns playing for teams that went a combined 19-2-1 while winning a national title and two Pac-8 crowns.

He was selected as the first overall pick in the 1969 NFL draft by the Buffalo Bills and had a great football career. He became the first pro player to rush for over 2,000 yards when he gained 2,003 in 1973 in just 14 games. He later went on to be seen on television and movie screens regularly and was a sports broadcaster for NBC and ABC.

Simpson was elected to the National Football Foundation and College Hall of Fame in 1985. 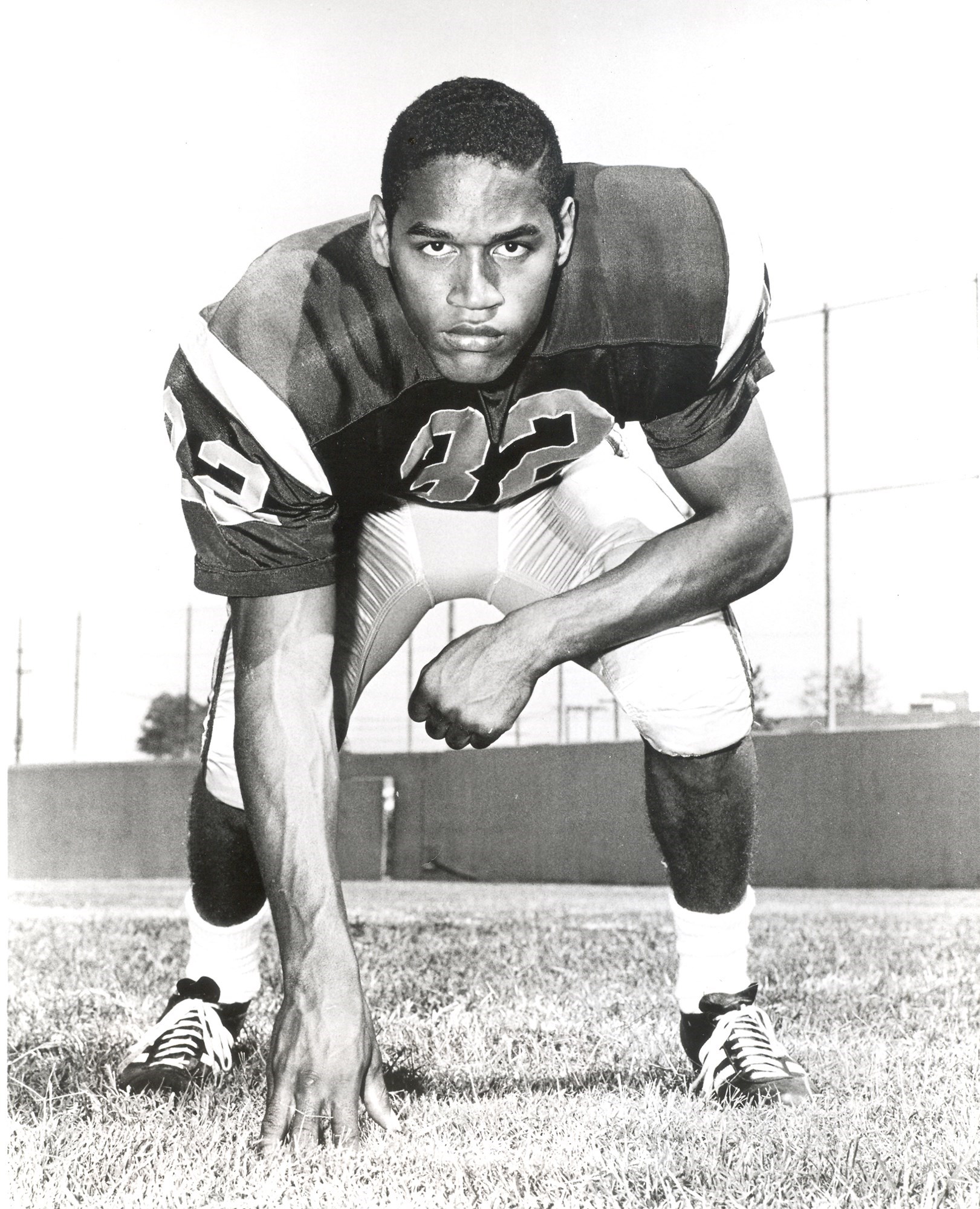 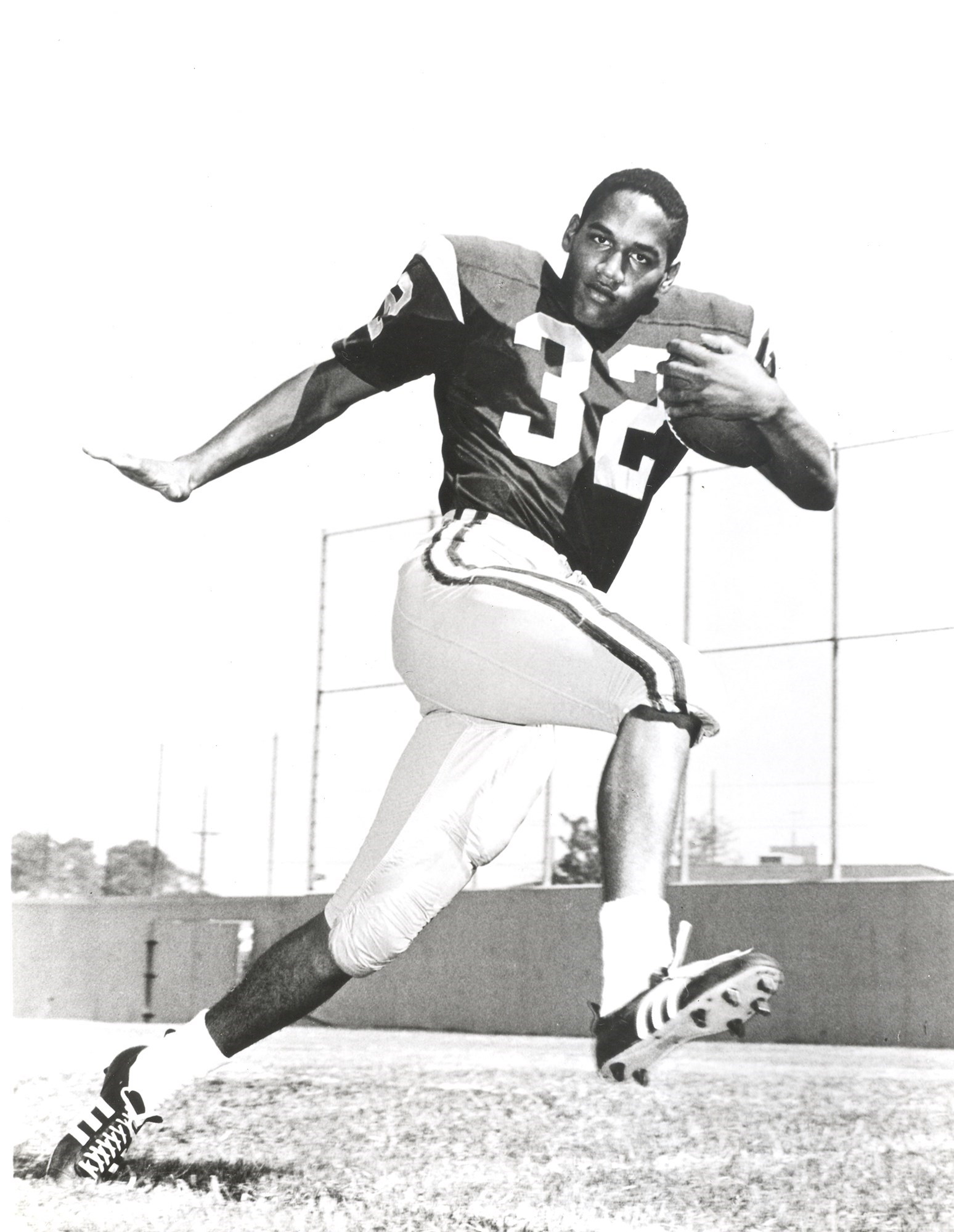 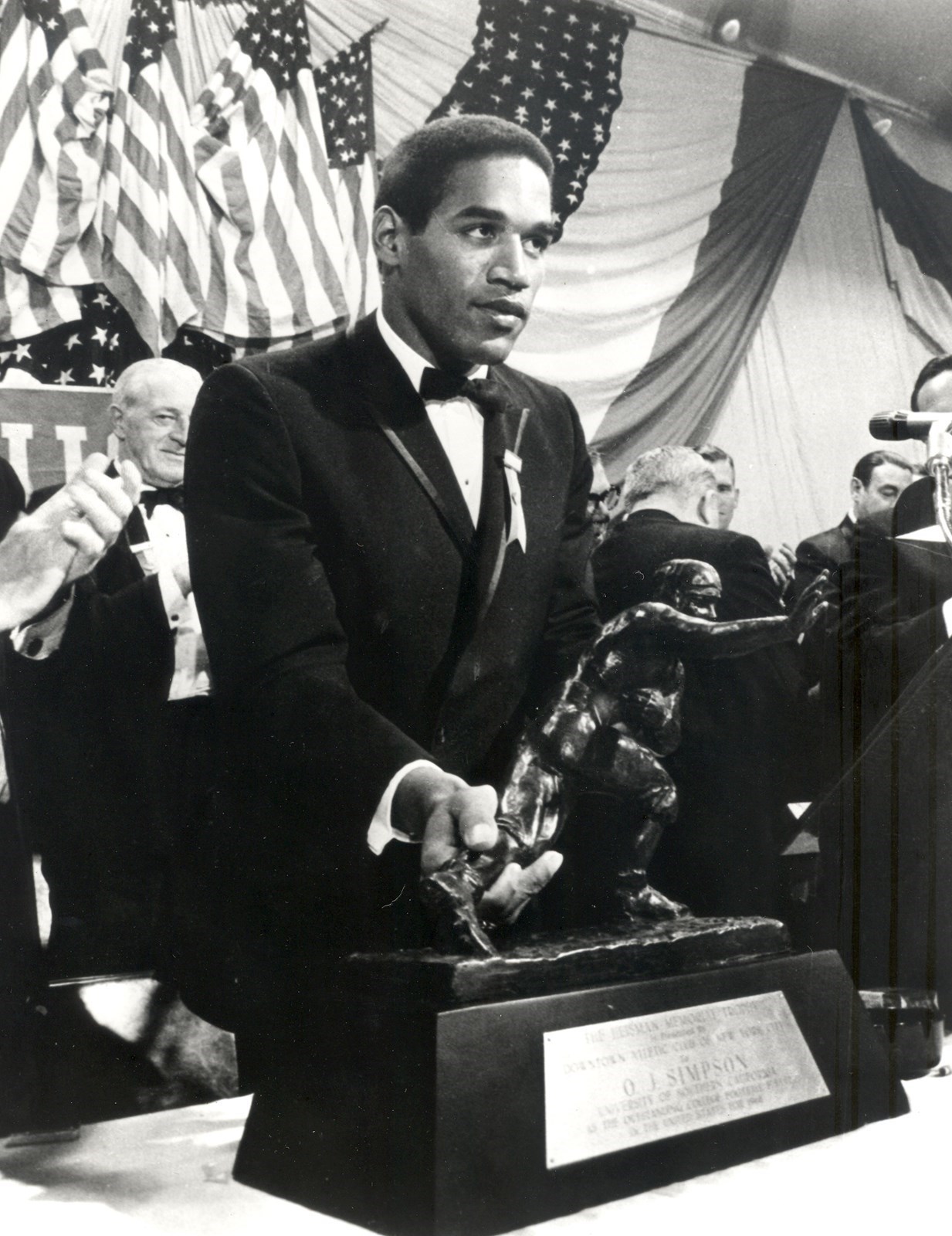