Rozier rushed for over 2,000 yards as the main weapon on one of the most prolific offenses of all time as he became the second Nebraska player to win the Heisman Trophy.

Rozier was born in Camden, New Jersey. He was a sprinter and running back for Woodrow Wilson High in the late 1970s and smashed countless school records. Despite his gridiron heroics, he was not heavily recruited coming out of high school in 1980 and, anyway, his grades were not up to par. So he spent his freshman year at Coffeyville JC in Kansas, leading that team to a perfect 9-0 season.

With his academics in order, Rozier signed with Nebraska and spent his 1982 sophomore season as a backup to future NFL great Roger Craig, rushing for 943 yards and five touchdowns in the powerful Cornhusker attack.

As a junior in 1982, Rozier set a school record with 1,689 yards to go with 15 touchdowns as Nebraska finished 12-1. Rozier finished 10th in the Heisman voting that year.

Rozier completely destroyed Nebraska’s record books as a senior. He ran for 2,148 yards and 29 touchdowns, and averaged nearly 8 yards per carry. He topped the 200-yard mark in each of his last four regular-season games and easily won the Heisman over Steve Young. In addition to winning the Heisman, Rozier was also the recipient of the Maxwell Award, and was also named Walter Camp’s 1983 “Player of the Year”.

That Nebraska team averaged 52 points a game, and earned a berth in the Orange Bowl, where they played Miami for the national championship. In that game, Rozier ran wild in the first half, but an ankle injury knocked him out of action in the second half and Miami won the game 31–30.

Rozier was the No. 1 draft pick and was chosen in the USFL by the Pittsburgh Maulers and then the Jacksonville Bulls before being chosen in the supplemental draft by the Houston Oilers in 1984, where he played for seven years. He finished his NFL career with the Atlanta Falcons in 1991.

Besides charity events sponsored by the HWA and the Heisman Memorial Trophy Trust, Mike participates in many other charitable endeavors including the Beacon Schools, Rotary Club of Winslow Township, and the charitable organizations of many Heisman winners. Mike Rozier was elected to the National Football Foundation and College Football Hall of Fame in 2006. 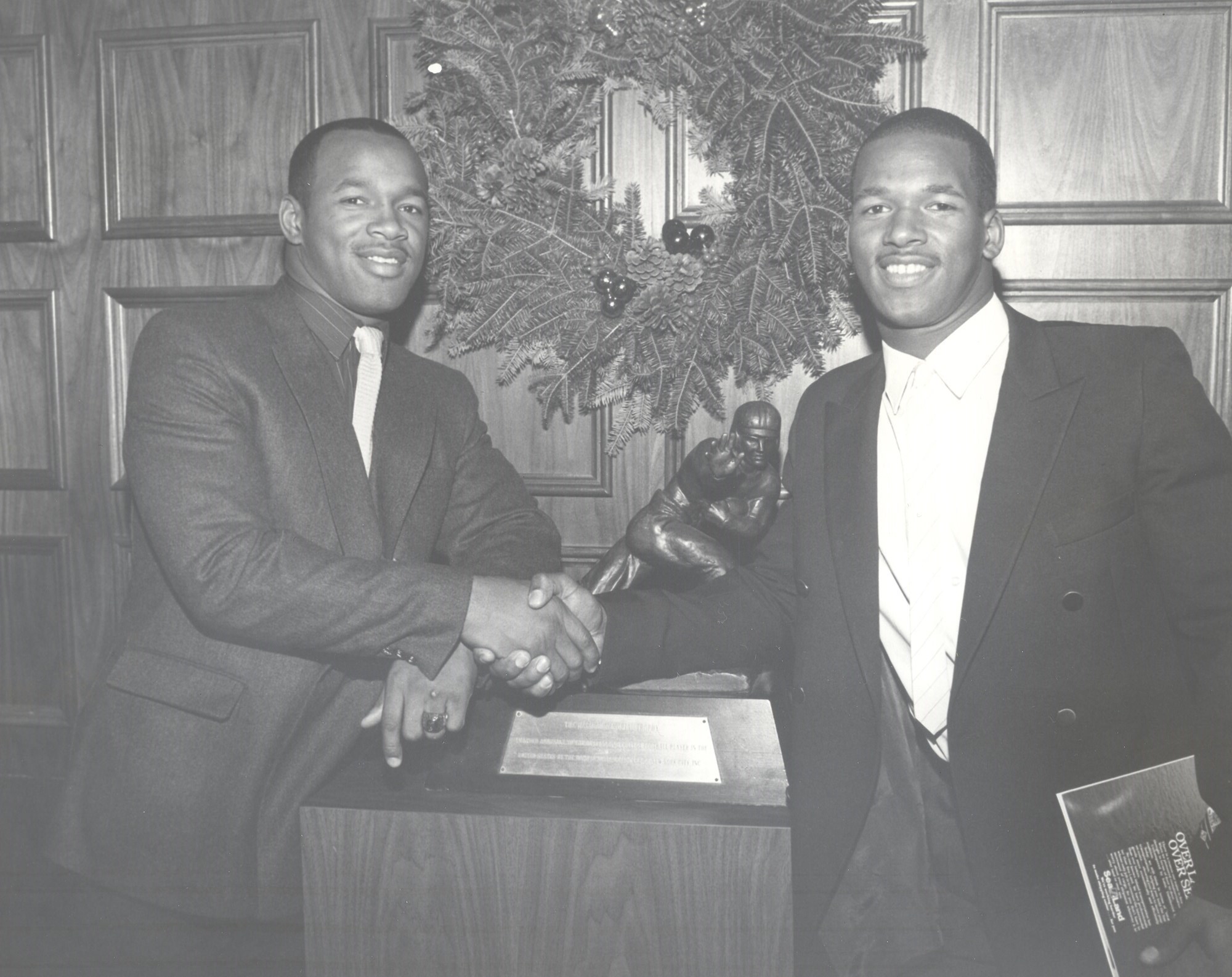 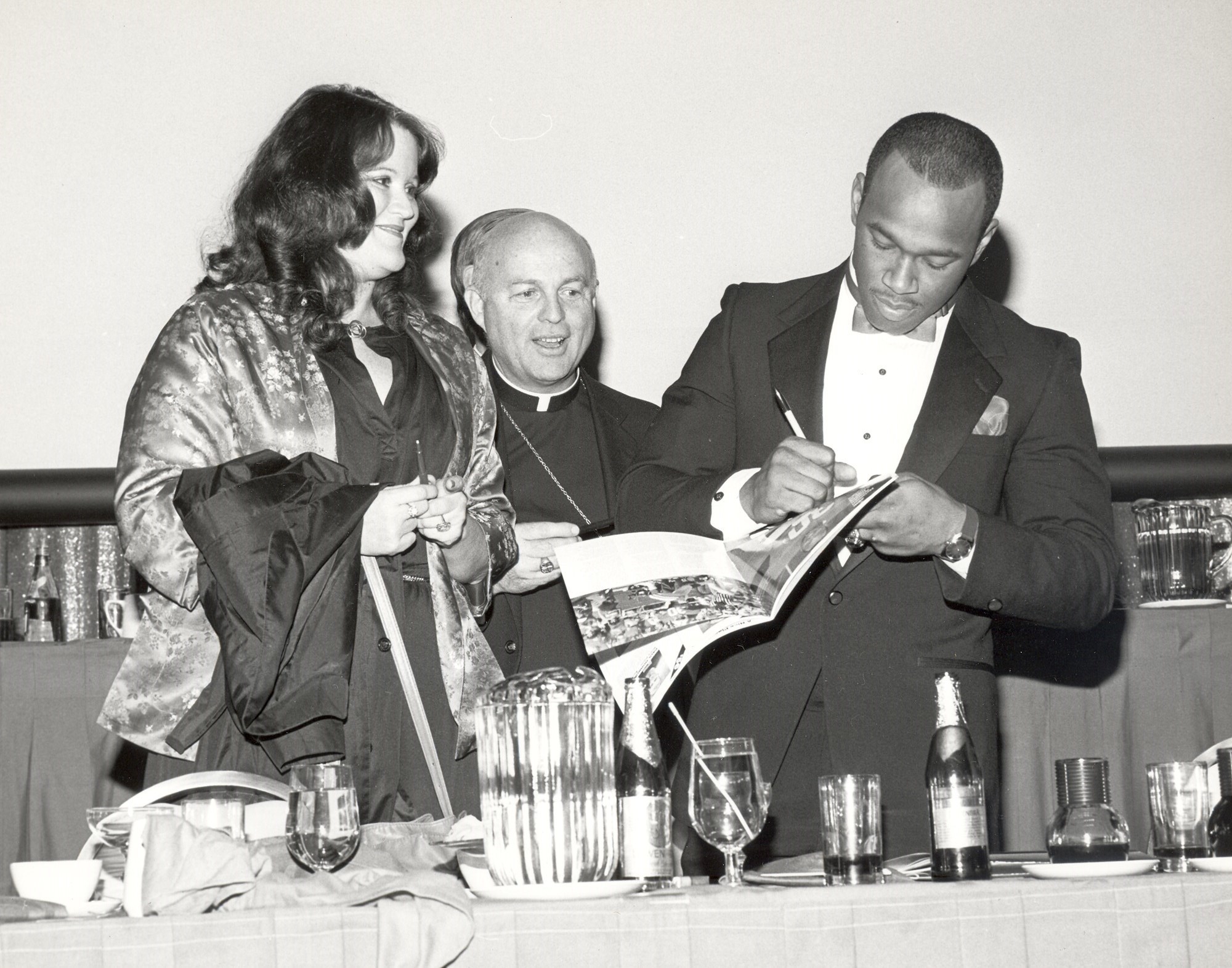 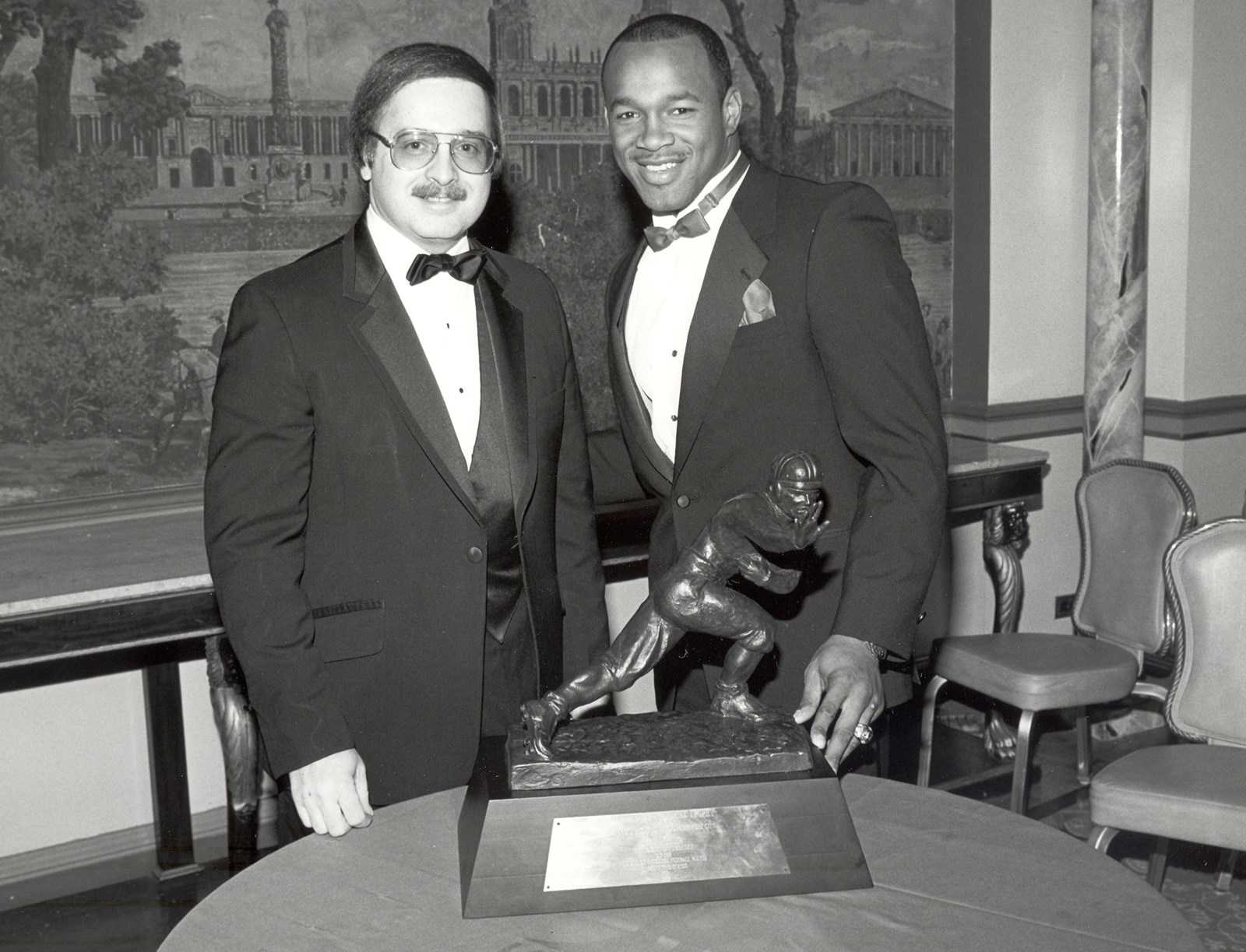