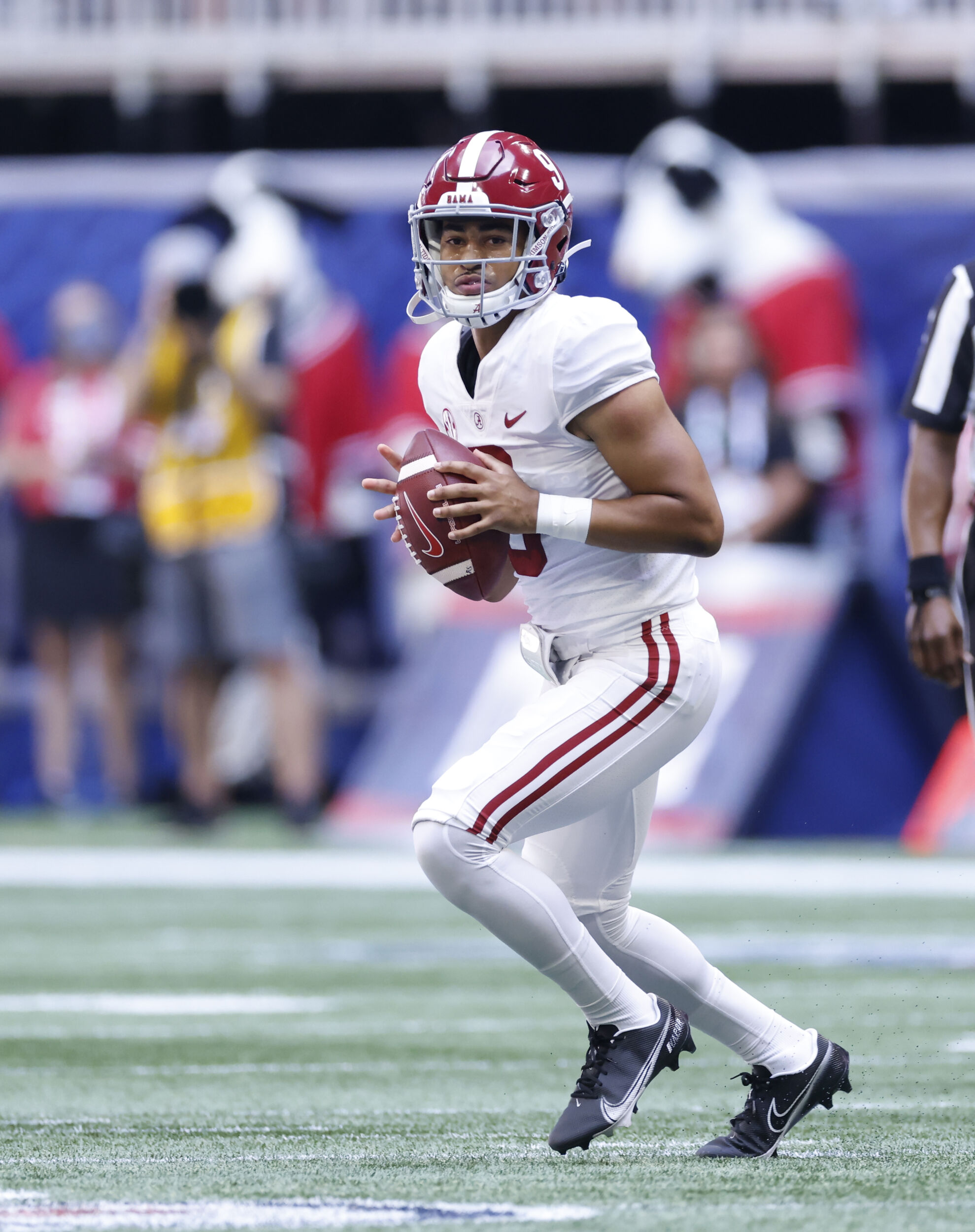 It was just a taste, but 2021 Heisman Trophy winner Bryce Young donned Alabama’s Crimson, Gray and White for the 2022 Alabama Spring Game, AKA, The A-Day Game.

In 2021 Young, hoping to secure his spot as the Tide’s starter, threw 44 times. It was a different look in 2022 where he attempted just 29 passes, completing 14 for 153 yards while being sacked (or touched by a defensive teammate) 10 times while throwing one interception.

Before the game, Young got to, ahem, cement another part of his Alabama legacy in the Crimson Tide’s traditional captains ceremony ahead of the A-Day Game.

Normally, last year’s Heisman winner is preparing for the NFL Draft, but with Young back in Tuscaloosa (he’s not eligible for the NFL Draft until after this season), this will be the first time since 2017 that there will not be a Heisman drafted.

Former Heisman winners support many good causes. Read here how 2002 Heisman winner Carson Palmer has lent his support and resources as the new spokesperson for Camp Rainbow Gold‘s – which helps treat and support children with cancer.

Said Palmer: ”In my career, I’ve been surrounded by men who many characterize as some of the toughest ‘heroes’ on earth. These children have gone through years of chemotherapy, surgeries, radiation or live with other medical challenges—they are the true heroes. They are the ones I sit in awe of. And I’m determined to do what I can to make up for the time they’ve lost getting to just be kids.”

1985 Heisman winner Bo Jackson has now been pedaling across the state of Alabama for more than a decade in an event called Bo Bikes Bama.

It was born out of Jackson’s desire to help following a devastating tornado system that hit the state in April of 2011. Per their web site, “Bo Bikes Bama supports the Governor’s Emergency Relief Fund (GERF), which was established immediately following the April 27, 2011 tornadoes. The fund helps Alabamians who have exhausted all other avenues of disaster relief provided by insurance, government funding and relief organizations. It also finances the construction of community safe rooms and warning sirens.”

Baker Mayfield, Oklahoma’s 2017 Heisman winner, is being honored Saturday at the Sooners’ Red/White spring game, where he will speak at halftime.

Oklahoma is revealing the latest edition to its Heisman Park, where it features statues of Sooner Heisman Trophy winners. Kyler Murray’s will be coming soon.

Mayfield is back in Norman today, and spoke to the current Sooner squad today.

Eddie George, in his second year as head coach at Tennessee state and about two weeks removed from announcing his Tigers’ 2023 game at Notre Dame, is musing about taking his team to his alma mater.

The 1995 Heisman winner was in his old stomping grounds, speaking at the Ohio State Coaches Clinic at the Woody Hayes Athletic Center in Columbus last week, and mentioned he had broached the idea of a TSU-OSU game at Ohio State.

Said George: “I would love that. That would be a wonderful thing: if I could come back in the stadium where I played, to coach (there) now. To grace the sidelines at Ohio Stadium as a coach would be phenomenal. I think it will be a great thing for the fans to see.”

Derrick Henry appears primed for a big return following his season-ending injury in the 2021 season, at least according to this workout video making the rounds of Titan fans.

After recovering from an ACL injury in 2021, 2019 Heisman winner Joe Burrow suffered a less serious knee injury in the 2022 Super Bowl. In another workout video, it appears he is coming along quite well while working out with Bengal teammates.