Cappelletti won Penn State’s first Heisman by helping the Nittany Lions to a perfect 12-0 season and No. 5 ranking in both of the major polls.

Cappelletti was born in Upper Darby, Penn., where he attended and played football for Monsignor Bonner High School. In 1969, he was selected first team All-Catholic and All-Delaware County. He signed with Penn State in 1970.

He played defensive back as a freshman and sophomore, but quickly showed his flair as a playmaker upon being switched to running back as a junior. He rushed for 1,117 yards and 12 touchdowns in 1972 as the Lions finished 10-2 and ranked 10th in the nation.

In 1973, Cappelletti was a consensus All-American, rushing for 1,522 yards and 17 touchdowns. This total is fourth on the school season rushing list to Larry Johnson (2,087), Lydell Mitchell (1,567) and Ki- Jana Carter (1,539). He put together three straight 200-yard rushing games in the final month of the season, including a high of 220 against North Carolina State, on his way to winning the Heisman. His acceptance speech at the Heisman Dinner (with Vice President Gerald Ford next to him on the dais) was considered the most moving ever given at these ceremonies, as he honored his brother, Joey, a victim of leukemia.

Cappelletti also received the Maxwell Trophy and was selected as Player-of-the-Year by ABC-TV, United Press International, the Philadelphia Sports Writers Association, the Walter Camp Foundation and the Washington Touchdown Club.

A first-round draft choice of the National Football League Los Angeles Rams in the 1974 draft (11th pick overall), Cappelletti played 10 seasons in the professional ranks, six in Los Angeles and four with the San Diego Chargers.

Cappelletti was inducted into the National Football Foundation College Football Hall of Fame in 1993.

Game-by-game statistics for John Cappalletti’s 1973 season are unavailable at this time.Here are his Heisman season totals for 1973:

Cappalletti was also 1 of 2 passing for 17 yards. 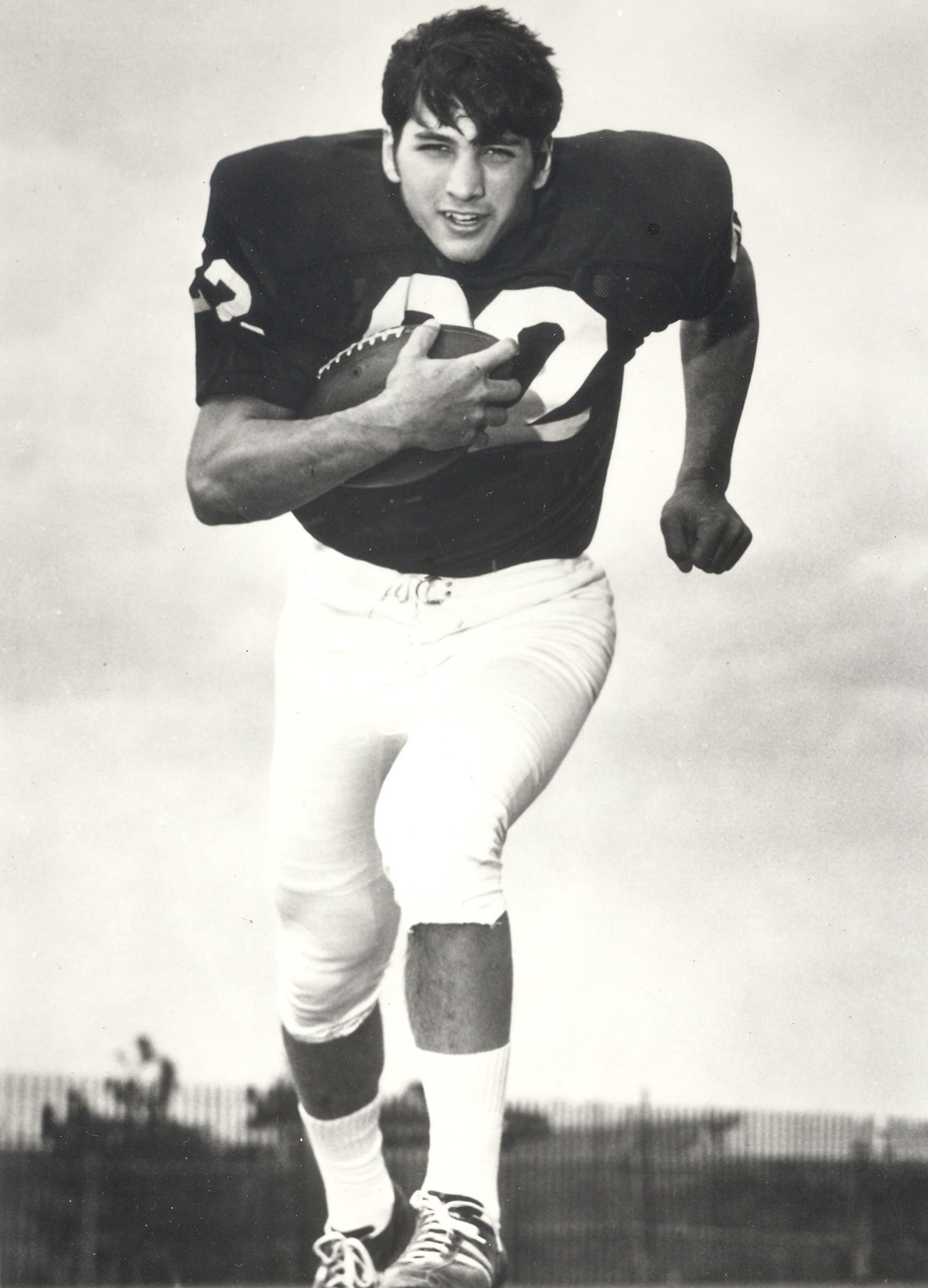 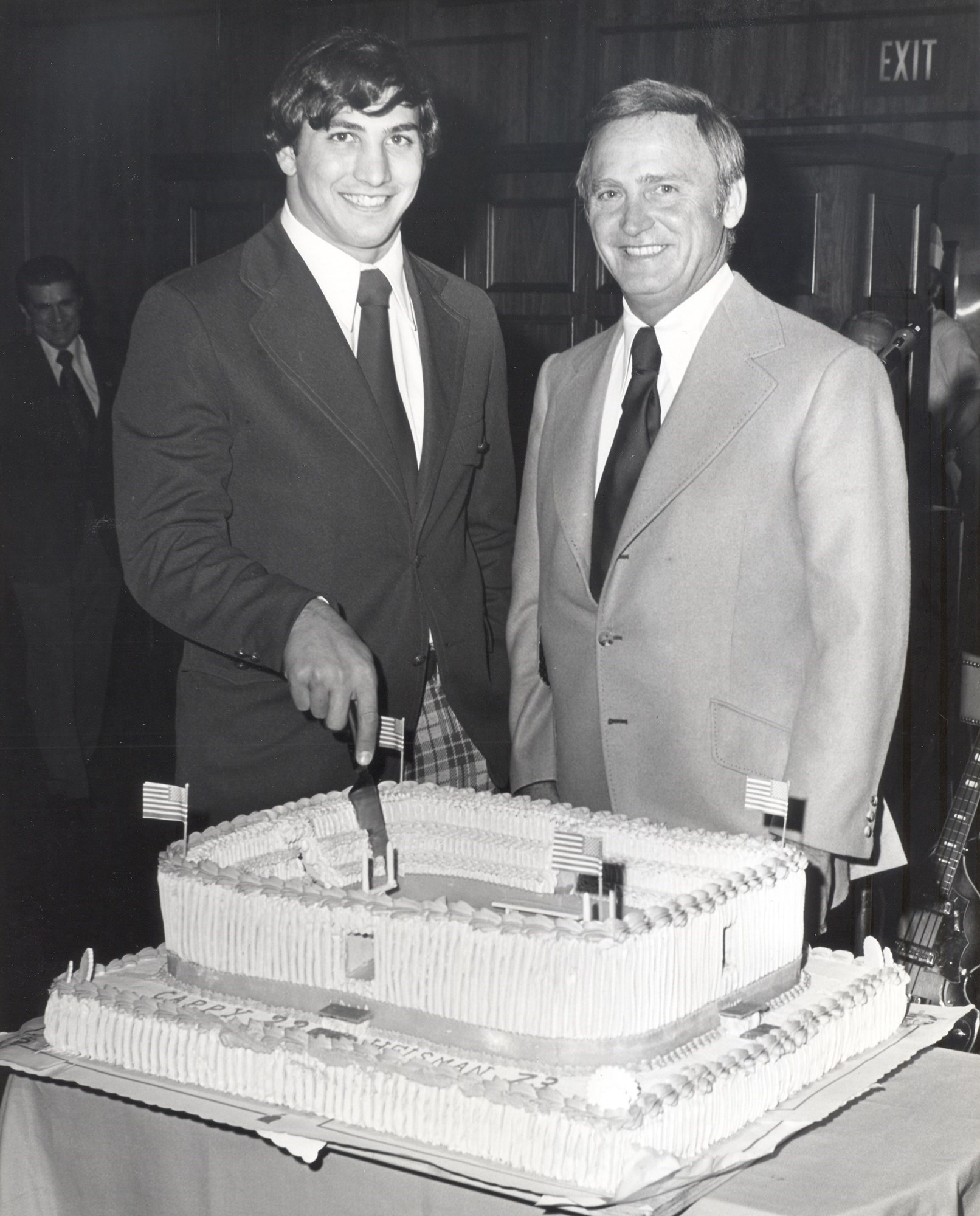 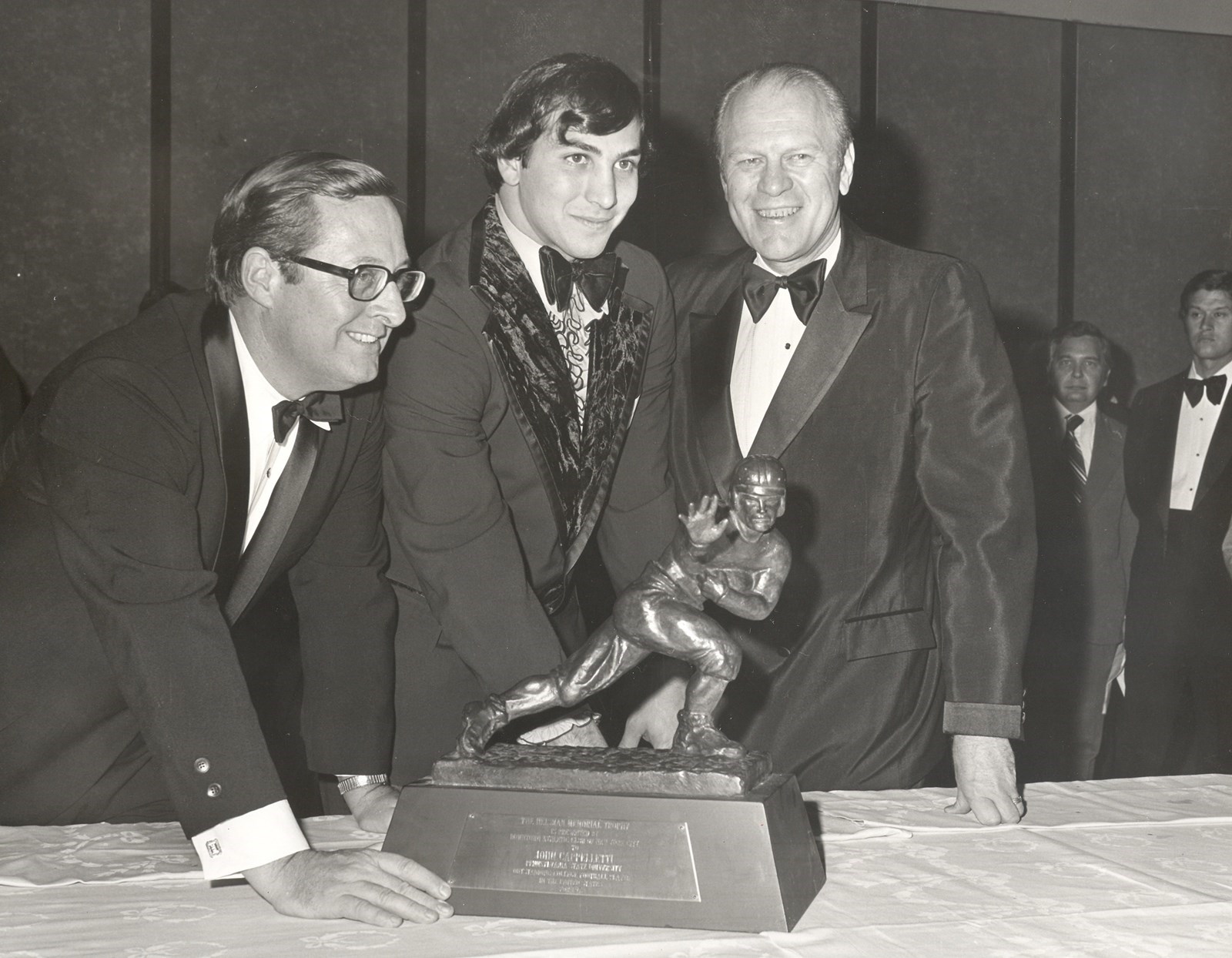