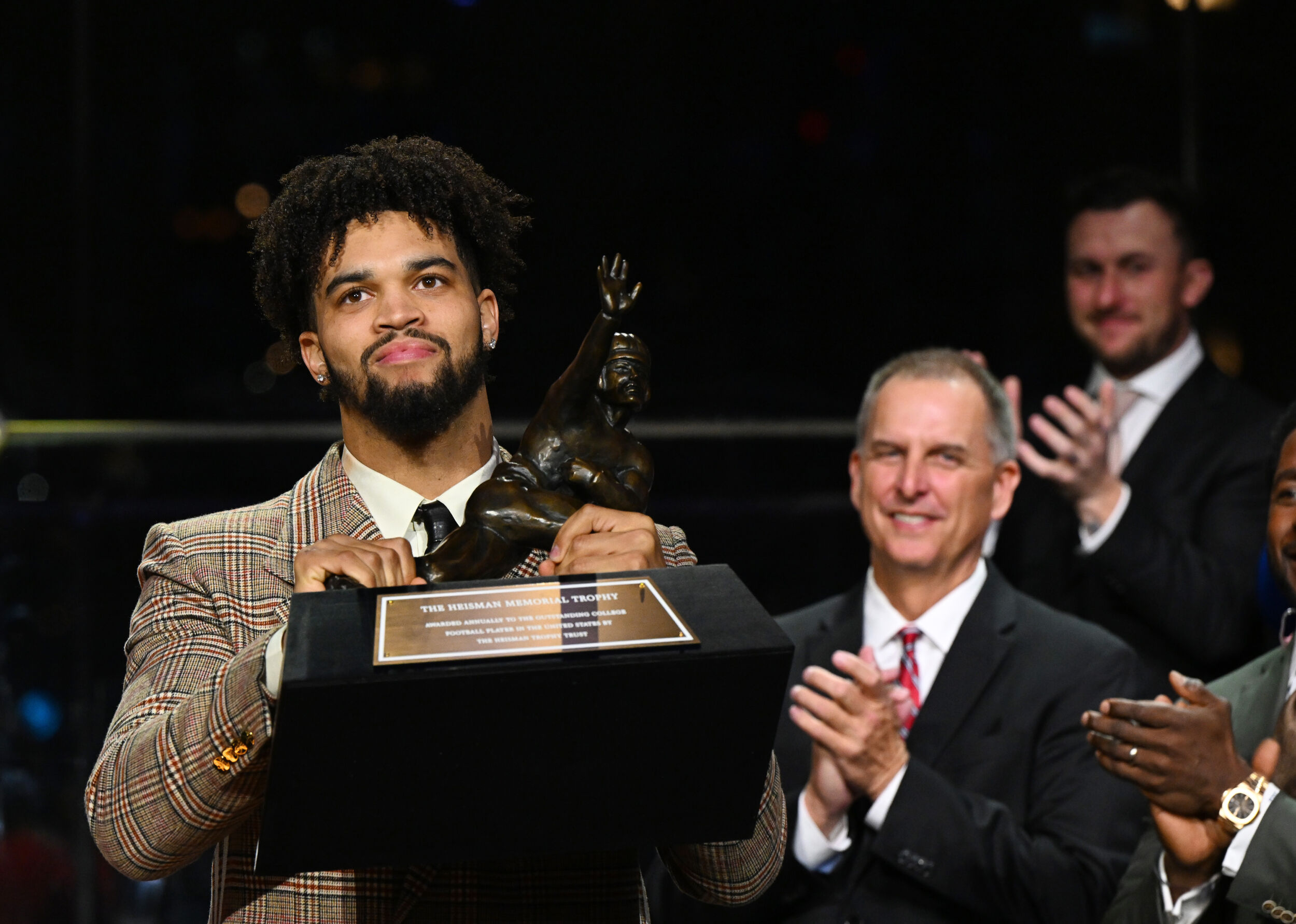 Sophomore quarterback Caleb Williams from the University of Southern California was announced as the 88th winner of the Heisman Memorial Trophy during ESPN’s 2022 Heisman Trophy Ceremony Presented by Nissan on Saturday (Dec. 10), originating from Jazz at Lincoln Center in New York, N.Y.

“To the men standing behind me, thank you for your passion to the game,” said Williams before hoisting his trophy. “Because kids like me have dreams and goals of being the best from watching you all.

This marks the third Heisman winner to play for USC Head Coach Lincoln Riley, who was the head coach at Oklahoma when Baker Mayfield (2017) and Kyler Murray (2018) became Heisman winners.

The 6-foot-1 Williams, who was named the 2022 AP Player of the Year in addition to winning the Maxwell and Walter Camp Awards earlier this week, has thrown for 4,075 yards on 296-of-448 passing (66.1%) with a national co-leading 37 touchdown passes against just four interceptions. His passing yards is fourth-most nationally, his quarterback rating (167.94) is fifth-best and his passing yards per game (313.5) is sixth-best.

Williams’ 47 total touchdowns lead the country, as do his 282 points responsible for while his total touchdowns are a school record. He threw for over 300 yards seven times, including twice over 400 yards.

Williams is the second Heisman winner to wear No. 13 and the first since Miami winner Gino Torretta in 1992.

The 2022 Heisman Trophy ballots went out to 929 electors, which includes 870 members of the media, our 58 living Heisman winners and one overall fan vote presented by Nissan, premier partner of the Heisman Trophy. All ballots were submitted electronically to the independent accountants at Deloitte.