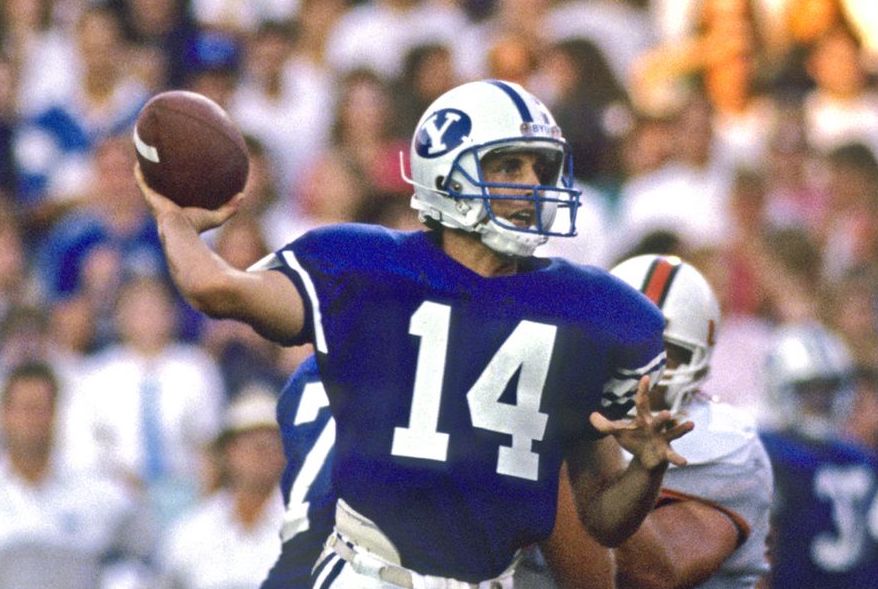 The second full week of the 2021 season is upon us with a slate of exciting games and familiar match-ups, hearkening back to Heisman performances in the same series of years past.

One of the biggest games on the schedule this week is No. 12 Oregon at No. 3 Ohio State. The last time the teams met was in the CFP championship game on Jan. 12, 2015 when that season’s Heisman Trophy winner, Marcus Mariota, positioned the Ducks into a title shot against the Buckeyes. Alas, Ohio State had Oregon’s number, handing Mariota and the Ducks just their second loss of the season despite the Heisman winner’s 24-of-37 passing for 338 yards and two scores.

In a match-up harkening back to the Southwest Conference, No. 15 Texas plays at Arkansas. Back in the SWC era, 1977 Longhorn Heisman winner Earl Campbell had a huge game against the Razorbacks during his trophy-winning season, running for 188 yards on 34 carries while breaking the SWC career rushing record that game, eclipsing 3,385 yards. Check his highlights below.

No. 14 USC renews its longest-tenured rivalry when it hosts Stanford on Saturday. There are great Heisman moments on both sides of this match-up.

In 1970, Stanford QB Jim Plunkett helped the Cardinal snap its losing string to the Trojans while also putting an end to Troy’s 25-game regular-season unbeaten streak. Stanford came into the contest at 4-1, fresh off a loss the previous week to Purdue. Through five games, Plunkett had over 1,000 passing yards. Beating USC truly jumpstarted his Heisman credentials.

Stanford had USC on the ropes again in 2004, looking to derail USC’s early national title hopes. The Trojans trailed 28-17 at the half, but 2004 Heisman winner Matt Leinart led Troy to two USC second-half scores, including his one-yard scoring run in the third quarter, as the Trojans won 31-28. Leinart finished with 284 yards on 23-of-30 passing with one TD pass to go with his scoring run.

Oklahoma State hosts Tulsa Saturday morning. In 1988, the Cowboys’ Barry Sanders had a huge game against the Golden Hurricane in the third game of the season, running for 304 yards on 33 carries, scoring five TDs in a 56-35 win. Highlights below:

On Jan. 1, 1992, weeks after winning the 1991 Heisman Trophy, Desmond Howard totaled 110 all-purpose yards for Michigan against Washington in the Rose Bowl, but it wasn’t enough in the Huskies’ decisive win. The schools meet in Ann Arbor Saturday in a prime-time match-up.