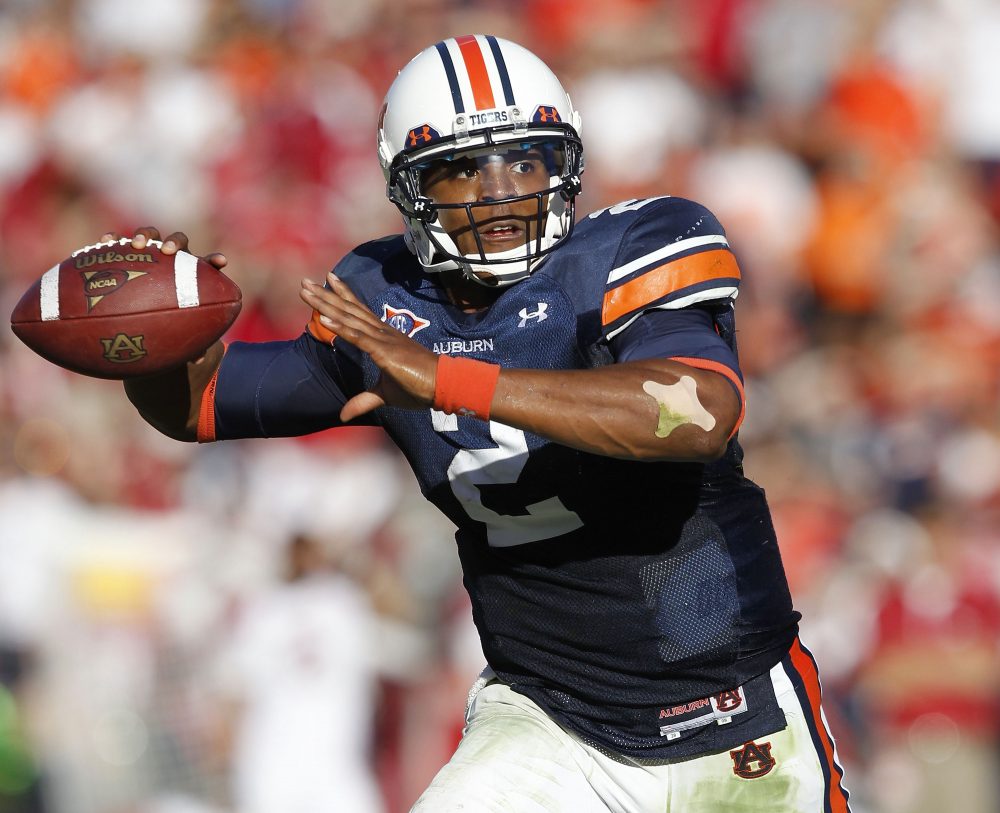 When Felix “Doc” Blanchard won the Heisman Trophy in 1945, he accomplished a series of firsts.

And he was the first player to win the Heisman after transferring in from another college.

It would take almost another quarter century before another transfer player would win the Heisman and another 72 years before a player would do so after transferring directly from another FBS school.

In other words, it’s quite rare for a transfer player of any kind to win the Heisman Trophy.

Of course, that makes our current era all the more interesting, as the last two Heisman winners have been transfers.  There seems to be a decent chance that the next one will also be a transfer of some sort.

With this theme taking hold, let’s look back at the previous transfer winners, not all of whom took the same path to Heisman glory.

Transferred directly from one school to the next

Felix “Doc” Blanchard
Born in McColl, S.C. (just a few miles from the North Carolina border), Blanchard chose to attend the University of North Carolina, in large part because the Tar Heels head coach, Jim Tatum, was his mother’s cousin. Back then, freshmen were not eligible for varsity ball, so Blanchard played for the freshman squad in 1943. When the war broke out, however, he enrolled at West Point and was immediately eligible, finishing third in the Heisman vote in 1944 before becoming the first junior to win the award in 1945.

Baker Mayfield
Mayfield was passed over by almost every BCS school for a scholarship, so he chose to walk on at Texas Tech in 2013, where he immediately won the starting quarterback position. Mayfield then chose to transfer to Oklahoma, where he also walked on, then sat out the 2014 season due to transfer rules. By 2015, he was at last a scholarship athlete, then went on to finish fourth, third and first in the next three Heisman votes.

Kyler Murray
Murray was a highly-touted recruited out of Allen (Texas) High as a 2014 senior. He signed with Texas A&M in 2015 and spent most of that season as a backup. Following his freshman season, he transferred to Oklahoma, and sat out the 2016 season due to NCAA transfer rules. He spent the 2017 season as a backup to Heisman winner Baker Mayfield, then won the Heisman in his first year as a starter in the fall of 2018.

O.J. Simpson
Simpson did not qualify academically out of Galileo High’s class of 1965, so he enrolled at San Francisco Junior College and played football and ran track during his two years there. He signed with USC in the spring of ’67 and finished second in the Heisman vote later that fall before wining the Heisman in a landslide in 1968.

Mike Rozier
Rozier was not heavily recruited coming out of high school in 1980 and, anyway, his grades were not up to par. So he spent his freshman year at Coffeyville JC in Kansas, leading that team to a perfect 9-0 season. With his academics in order, Rozier signed with Nebraska and spent his 1982 sophomore season as a backup to future NFL great Roger Craig, then finished 10th in the Heisman vote in 1982 before winning it in 1983.

Cam Newton*
Newton was a Florida Gator in 2007 and 2008 before transferring to Blinn Junior College, where he led his team to the JC national title in 2009. He then signed with Auburn in 2010, and he promptly led the Tigers to a national title while winning the school’s third Heisman.

One type of transfer not yet represented: A grad transfer.