Notes and quotes from the ceremony

Joe Burrow of Louisiana State University was selected on Saturday (Dec. 14) as the 85th winner of the Heisman Memorial Trophy, an award presented annually by the Heisman Trophy Trust to the most outstanding player in college football.

The senior quarterback was announced as the 2019 winner of the prestigious honor at the end of ESPN’s live broadcast of the Heisman ceremony from Manhattan’s PlayStation Theater.

“It’s an honor to stand on the same stage as all of these guys,” said an emotional Burrow after hearing his name called. “I’m so thankful to have played for two of the best programs in the country. I wouldn’t have traded my journey for anything.”

The 6-4, 216-pounder from Athens, Ohio, had an extraordinary season, passing for 4,715 yards and 48 touchdowns (tying a Heisman record), while adding another 289 yard and three scores on the ground. He had a remarkable completion percentage of 77.9 percent, the best in Heisman history. As the field general for the nation’s top offense, he led No. 1 LSU to a 13-0 record, the SEC title (its first since 2011), and its first berth in the College Football Playoff.

Ballots were emailed to 870 media personnel across the nation plus 56 Heisman winners and one fan ballot, for a total of 927 electors. The ballots were received and tabulated by the independent accounting firm of Deloitte & Touche LLP. Burrow polled 2,608 points to capture the award over Jalen Hurts of Oklahoma (762 points), Ohio State quarterback Justin Fields (747 points) and Ohio State defensive end Chase Young (643 points). The point total is reached by a system of three points for a first place vote, two for a second and one for a third.

Burrow will be officially inducted into the Heisman family at the 85th annual Heisman Memorial Trophy Dinner Gala on Sunday evening, December 15, 2017, at the Marriott Marquis in New York.

(scroll to the right) 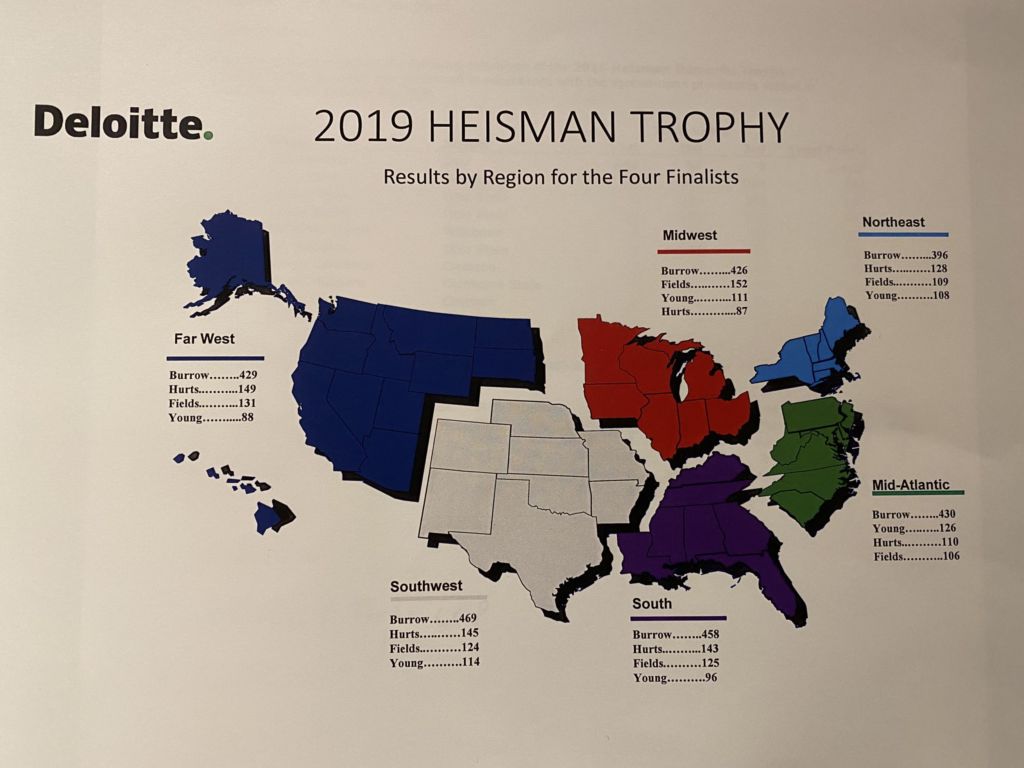 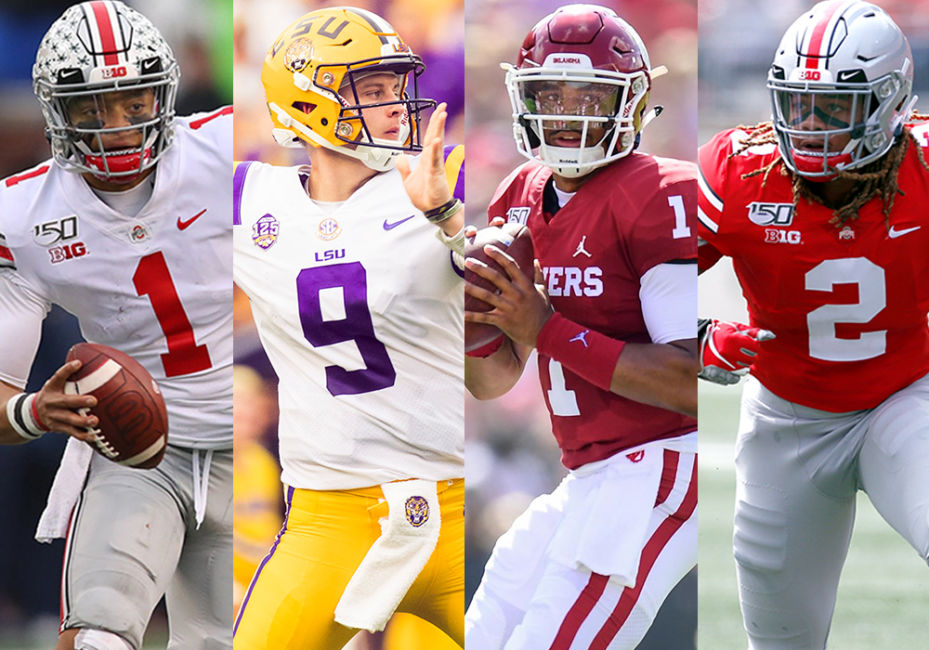