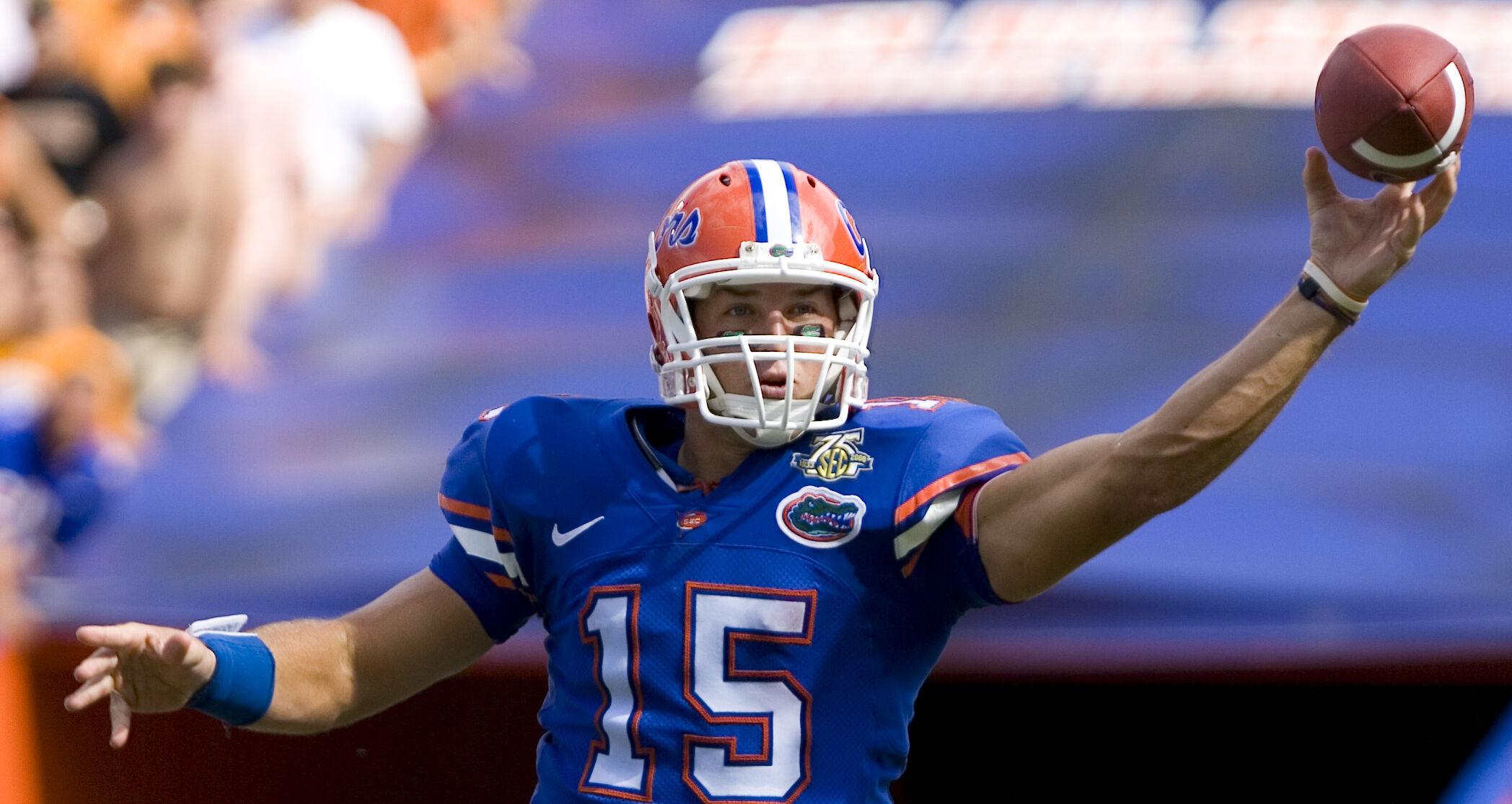 Tim Tebow was named to the College Football Hall of Fame Class of 2023.

Tim Tebow, the 2007 Heisman Trophy winner from Florida who was also a three-time Heisman finalist, was among 18 All-American first teamers and four coaches named to the College Football Hall of Fame Class of 2023, announced by the National Football Foundation on Monday (Jan. 9).

Tebow is the 68th Heisman Trophy winner to be elected to the College Football Hall of Fame and the fourth in a row following Colorado’s Rashaan Salaam’s inclusion in the Class of 2022, USC’s Carson Palmer in the Class of 2021 and Nebraska’s Eric Crouch’s membership in the 2020 class. Most recently before Crouch was Michigan’s Charles Woodson in 2018 and Palmer’s USC teammate Matt Leinart in 2017.

The full release for the 2023 class and the complete criteria for the award is available here.

In addition to Tebow, 1998 Heisman Trophy runner-up Michael Bishop of Kansas State is also part of the Class of 2023, as is 2010 Heisman finalist LaMichael James of Oregon and 2004 Heisman finalist Reggie Bush. Also in the class is Memphis’ DeAngelo Williams, who finished seventh in the 2005 Heisman balloting.

Below is the National Football Foundation’s bio of Tebow.

Ranking among the most decorated athletes in college football history, Tim Tebow played with passion and leadership skills equaled by few, inspiring his Gator teammates to a pair of national championships while becoming the first sophomore in history to win the Heisman Trophy. The Ponte Vedra Beach, Florida, product now becomes the 10th Gator player to enter the College Football Hall of Fame.

A consensus First Team All-American in 2007, Tebow claimed the 2007 Heisman Trophy, repeating as a Heisman finalist in 2008 and 2009. He became only the second player in college football annals to repeat as the Maxwell Award winner (2007 and 2008), and he was awarded the 2007 Davey O’Brien Award.

Tebow led Florida to two BCS National Championships, earning MVP honors following the 2009 title game, and he set five NCAA records during his career, helping the Gators rank in the top three in the final AP Polls in three of his four years. Florida went 48-7 during Tebow’s time in Gainesville, and the Gators became the first FBS team to record back-to-back 13-win seasons (2008-09).

The two-time team captain set 28 school records during his career and led UF during a school-record 22-game winning streak (2007-09). He threw for 9,285 yards and 88 touchdowns while also rushing for 2,947 yards and 55 touchdowns in his career. He was the first player in NCAA history to rush and pass for at least 20 touchdowns in a season.

A member of the 2009 NFF National Scholar-Athlete Class, Tebow claimed NFF William V. Campbell Trophy, and he becomes the fourth Campbell honoree to enter the Hall. The first player to be named Academic All-America of the Year for University Division Football in two consecutive years, he won an NCAA Top VIII Award and was a three-time Academic All-American and SEC Academic Honor Roll selection. For his community work in college, he was awarded the 2008 Wuerffel Trophy and the 2008 Disney Wide World of Sports Spirit Award.

Drafted in the first round of the 2010 NFL Draft by Denver, he helped the Broncos to a playoff win during the 2011 season, and he played for the Jets in 2012. He played minor league baseball for the New York Mets from 2016-21.