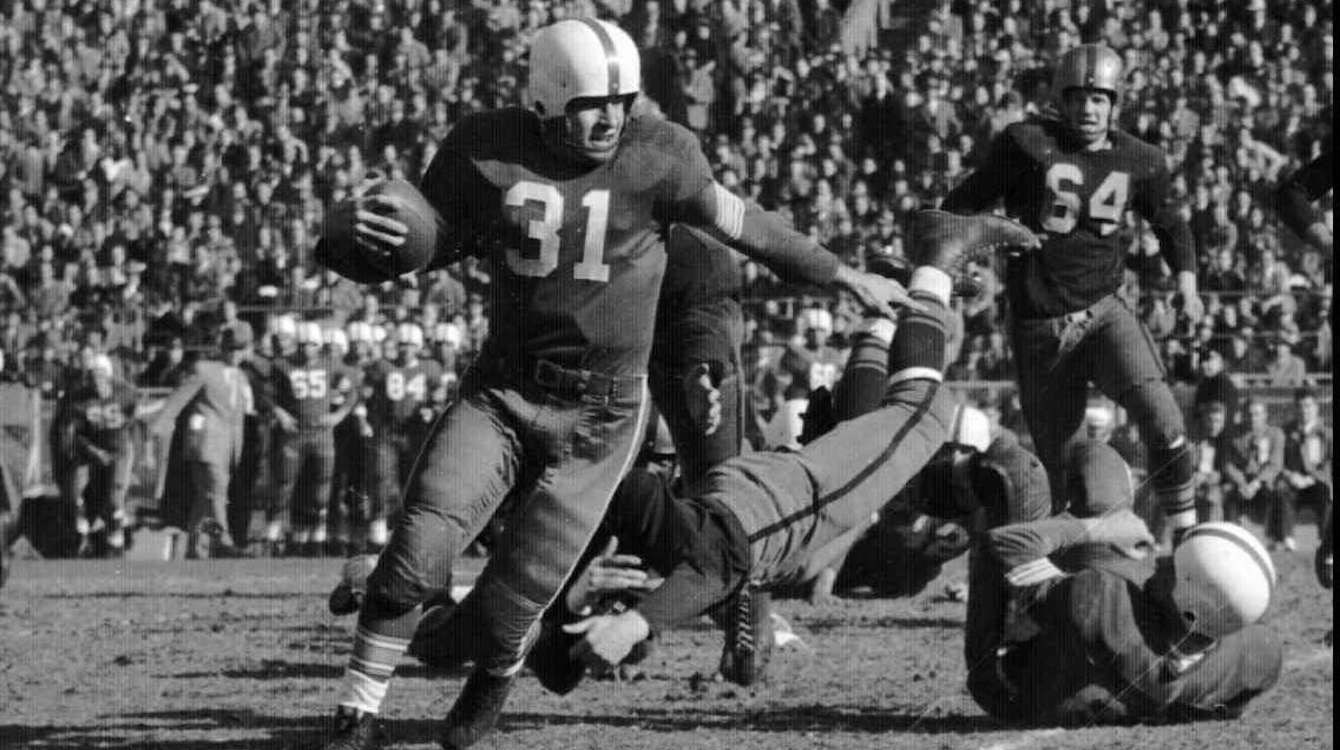 There have been a lot of great passing peformances in Heisman history. There is Andre Ware‘s seven touchdown passes against Temple in 1989, Jameis Winston‘s 25-of-27 outing against Pittsburgh in 2013 and Ty Detmer‘s 560 yards against Utah State in 1990, to name just a few.

But, arguably, the most impressive passing performance by a Heisman winner in a single game — at least from an efficiency standpoint — came in 1950 by a T-formation tailback.

This week in Heisman history, Ohio State’s Vic Janowicz completed all six of his passes for 151 yards and four touchdowns — all in the first half — in a 41-7 victory over Pittsburgh.

The performance on Oct. 7, 1950, was all the more remarkable considering that Janowicz had just been moved from quarterback to tailback that same week.

He was the epitome of the ‘triple threat’ of that era. Besides being a good runner and passer, Janowicz was a placekicker and punter, a safety on defense and an excellent blocker. According to the AP report on the game: “Versatile Vic Janowicz pranced, punted and passed Ohio state to a 41-7 victory over Pittsburgh today in a sterling one-man exhibition of how football should be played.” In addition to his glittering passes, he also threw for one PAT, kicked two others, and got off a 76-yard quick kick. He averaged 55 yards per punt that day.

His passer efficiency rating? 531.40. You won’t find a higher passer rating in a single game by any other Heisman winner.

The Buckeyes, who briefly took the No. 1 spot in the AP poll, finished the season 6-3 and ranked 14th. As for Janowicz, he went on to win Ohio State’s second Heisman. For the season, he totaled 561 passing yards, 314 rushing yards and 17 touchdowns. He was voted the trophy in a runaway over Kyle Rote of Southern Methodist.

Janowicz, one of the great athletes of his era, went on to try his hand at baseball and, along with Bo Jackson, is one of two Heisman winners to play in the major leagues.