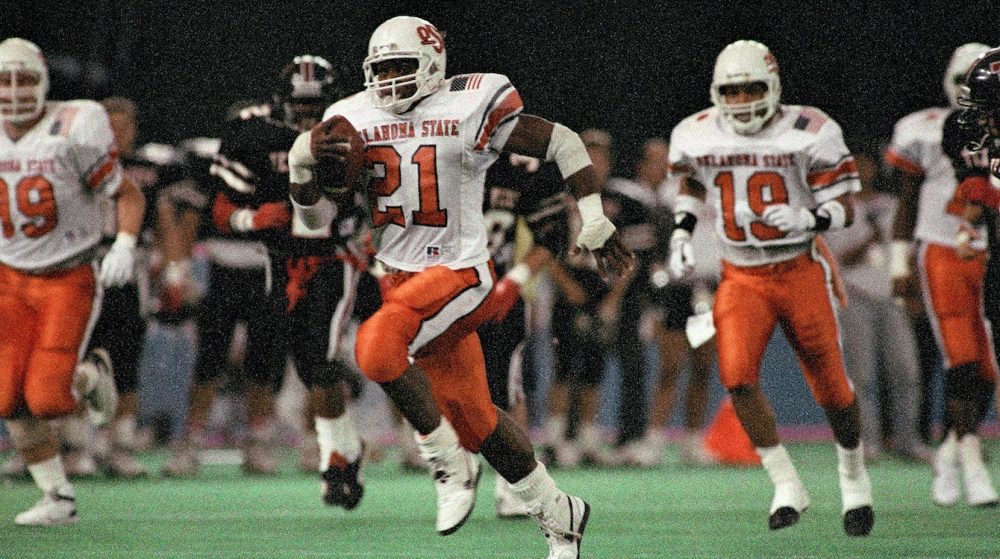 The college football season has officially begun and with that inevitably comes all the talk of “Who’s going to win the Heisman?”

It seems that almost everyone is considered a Heisman candidate these days, partially because a few players of late have seemingly come out of nowhere to win the trophy. In fact, six of the last nine Heisman winners weren’t really all that prominent in the preseason chatter. But how common is this in Heisman history?

Let’s ask the question: How many players have won the trophy without (1) finishing in the top 10 of a previous Heisman vote, (2) without earning some type of prior All-American honor or (3) without first being established as an elite-level college football player?

A look back at Heisman voting history reveals that such an occurrence is fairly rare. Since 1941 (the first year that Heisman voting results go 10-deep), there are 18 other winners (out of 77) who fit this bill. So roughly one out of every five Heisman winners over the years has made this list.

1944: Les Horvath, Ohio State — Until Manziel came along, Horvath was the only Heisman winner to not play the year before he won the Heisman. While he was the rigth halfback on Ohio State’s 1942 national title team, rushing for 481 yards and six touchdowns, Horvath spent 1943 in dental school before being coaxed back for the 1944 season by coach Carroll Widdoes.

1950: Vic Janowicz, Ohio State — Before becoming the third junior to win the Heisman, Janowicz was primarily a defensive back for the Buckeyes as a 1949 sophomore. His main highlight before winning the Heisman was two intercepted passes, including one for a touchdown, in Ohio State’s 17-14 Rose Bowl victory over California.

1960: Joe Bellino, Navy — Bellino had a solid season before bursting to Heisman glory, rushing for 564 yards and 7 touchdowns as a junior in 1959. The 1960 race was wide open, though, since the 1959 Heisman top 10 featured all seniors, which helped clear the way for Bellino to win going away.

1962: Terry Baker, Oregon State — Baker threw for 875 yards and rushed for 375 and had a combined eight touchdowns as a 1961 junior. The Beavers were 5-5 that year and, while Baker was certainly seen as a versatile talent, there was little indication that he’d end up more than doubling those stats as a senior.

1964: John Huarte, Notre Dame — For a long time, Huarte’s Heisman was considered the ultimate long shot in the award’s history — and for good reason. Huarte barely played his first two seasons for the Irish, attempting just 50 passes in two seasons. The arrival of new Notre Dame head coach Ara Parseghian turned Huarte — and the Irish — around.

1978: Billy Sims, Oklahoma — Injuries kept Sims from shining in his first three seasons at Oklahoma, which included a redshirt year. It wasn’t until he was a fourth-year junior in 1978 that he blossomed into the legendary back that won the Sooners’ third Heisman.

1988: Barry Sanders, Oklahoma State — Unless leading the nation in kick returns the year before counts as being established as a premier player, Sanders pretty much came out of nowhere to win the Heisman in 1988. He rushed for 603 yards and nine touchdowns backing up Thurman Thomas in 1987, then exploded with perhaps the greatest season in college football history.

1989: Andre Ware, Houston — There were signs that Ware was on his way to being a high-level player when he threw for 2,507 yards and 25 touchdowns as a sophomore. But that it no way prepared people for the barrage of statistics that would flow from his arm as a junior, when he set several NCAA passing records on his way to winning the Heisman (despite Houston being on probation).

1994: Rashaan Salaam, Colorado — Salaam was a big recruit who played 8-man football in San Diego before signing with Colorado. He rushed for 844 yards and eight touchdowns as a 1993 sophomore before cracking the 2,000 yard barrier on his way to the Heisman in 1994.

2002: Carson Palmer, USC — Palmer was always seen as oozing with potential, but he had never put together a complete, fully productive season for the Trojans before coming into his own in 2002. The year before, Palmer’s numbers were modest: 2,717 yards, 13 touchdowns, 12 interceptions. While Palmer was a known quantity as a talent before winning the Heisman, few expected him to emerge like he did.

2003: Jason White, Oklahoma — By the time White openened the 2003 season, he had thrown for just 871 yards and six touchdowns in his three-year career. The culprit was two ACL injuries — one on each knee — that cost him his sophomore and junior seasons. His march to the Heisman in 2003, and valiant attempt at a second trophy in 2004, is one of the more unlikely stories in Heisman history.

2007: Tim Tebow, Florida — Tebow may have been a pop sensation as the true freshman goal-line specialist/backup to Chris Leak during Florida’s 2006 national title season, but it would’ve been a huge stretch to consider him a Heisman contender heading into 2007. Nonetheless, Tebow pulled off a historic feat, becoming the first sophomore to win the Heisman.

2009: Mark Ingram, Alabama — Ingram had a very good freshman year, rushing for 728 yards and 12 touchdowns while being named to the All-SEC freshman team. With Alabama being so deep at running back, a Heisman run in 2009 didn’t seem likely. But Ingram pulled it off anyway in the closest vote in the trophy’s history.

2010: Cam Newton, Auburn — The first double-transfer to win the Heisman and the first to do so coming directly from junior college, Newton’s brilliant campaign came the year after he led Blinn College to the national JC championship. While at least one person saw him as a potential candidate for the Tigers in 2010, he was not widely viewed as a serious contender.

2012: Johnny Manziel, Texas A&M — The first redshirt freshman to win the Heisman did have a bit of buzz surrounding him when he took over the starting role for Texas A&M, but it wasn’t the kind of buzz that foresaw a bronze statue in his immediate future. Few could have predicted before 2012 that Manziel would produce the kind of season he did while making Heisman history.

2013: Jameis Winston, Florida State — Winston was considered one of the top recruits in the nation when he signed with Florida State in 2012. But his name wasn’t on any Heisman lists heading into 2013. That all changed after his first game, when he completed 25 of 27 passes for 356 yards and four touchdowns against Pitt, but even then he was considered a long shot.

2015: Derrick Henry, Alabama — Henry was tabbed a 25 to 1 long shot heading into his junior year with the Crimson Tide. While he rushed for 990 yards as a sophomore while splitting time with T.J. Yeldon, not any saw the bruising back’s 1,986 yards and 23 touchdowns coming down the pike. Indeed, it wasn’t until early November that Henry started appearing on Heisman lists.

2016: Lamar Jackson, Louisville — The Cardinals quarterback was coming off a really good true freshman year, passing for over 1,800 yards and rushing for 960, but his amazing run to the Heisman in 2016 was a classic dark horse campaign. But the sheer gaudiness of Jackson’s early season production put him near the top of the Heisman race by the end of the first month. It was a lead he never relinquished.