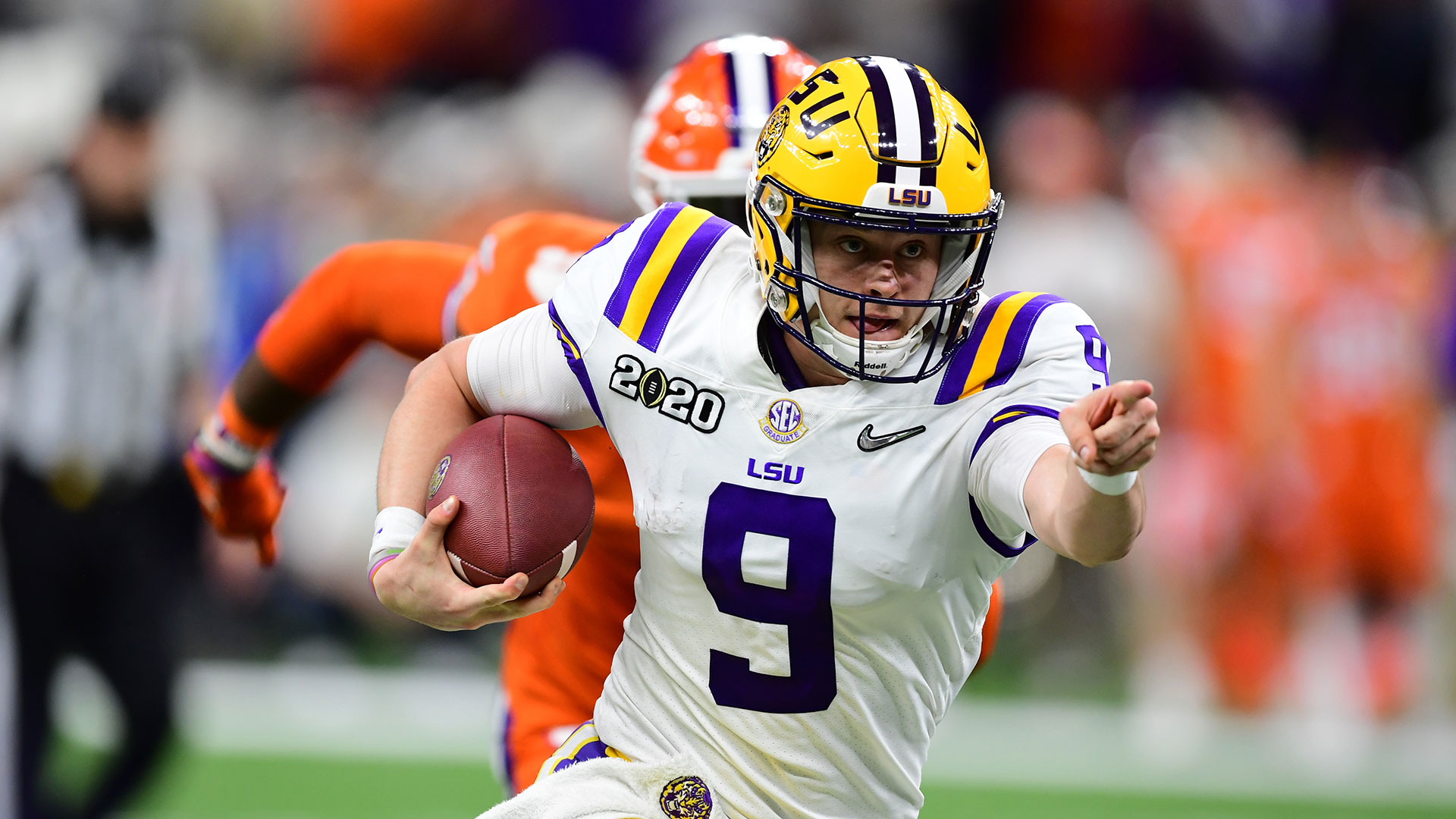 Joe Burrow threw five TD passes and ran for another while leading LSU to a national title win over Clemson.

In a year when college football celebrated its 150th season by commemorating the sport and honoring its all-time greats, 2019 Heisman Trophy winner Joe Burrow punctuated the campaign by delivering an epic performance in LSU’s national title victory Monday night equal or better than any feat memorialized this season.

His five TD passes gave him 60 for the season, the most in NCAA history, as were his combined 65 TDs overall. His six combined TDs in the title game and 463 passing yards were the most ever in a BCS/CFP title game. He finished the season with an incredible 5,671 yards passing, completing 76.3% of his attempts.

Burrow became just the sixth college football player ever to win the Heisman Trophy and a national title in the same season while leading his team to an undefeated season. He joined Davey O’Brien (1938), Johnny Lujack (1947), Matt Leinart (2004), Cam Newton (2010) and Jameis Winston (2013).

He also became the 16th player to win a Heisman Trophy winner and a national title in the same season and just the ninth quarterback to do it.